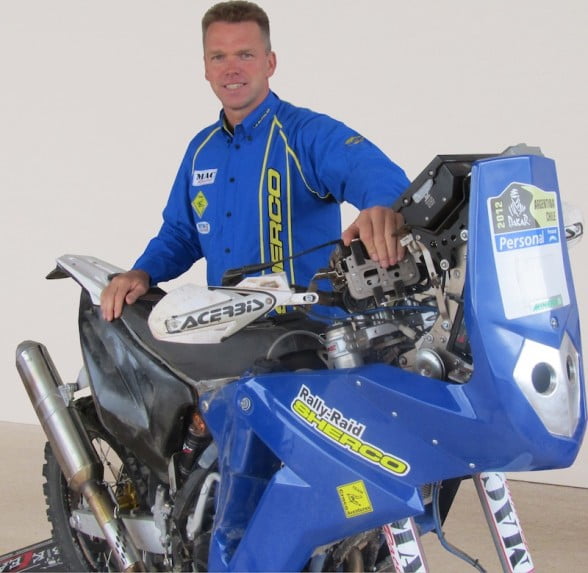 CROCOAVENTURES Rally Raid Team is proud to have in their ranks  a professional rider , capable of winning, solid in their decisions, and with an unparalleled motivation.

FRANS VERHOEVEN has commited with the french team for 3 DAKAR, with the aim of quickly appear in the first places.

Very involved in the development of his racing machines, FRANS VERHOEVEN is a key advantage, both his experience and knowledge of the high level competition are important.
The development of the 2012 prototype is well under way, testings are planned in Tunisia and Frans will be on October 16th at the start of the Rally of Morocco.

The CROCOAVENTURES Rally Raid Team is engaged on the Dakar 2012 with four drivers (two experts and two amateurs), a staff of six people (including three mechancis and one engine expert), its own service truck and pickup.

FRANS VERHOEVEN will be responsible to shine in South America the colors of the french motorcycles and the values ​​of the CROCOAVENTURES Rally Raid Team ; passion, discipline and team spirit (the name of the second expert pilot will be unveiled in late September). 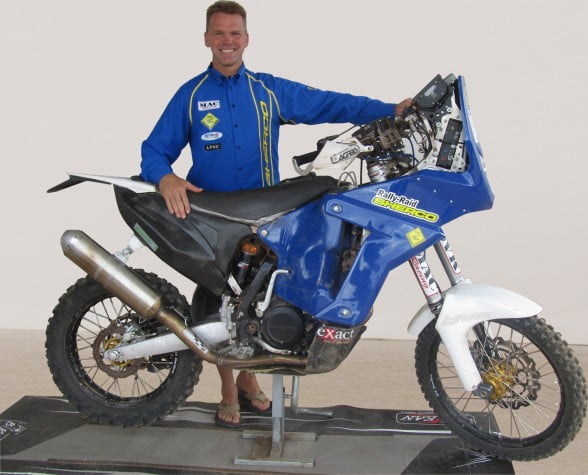 The DAKAR 2012 team will be formally presented Friday November 18th, at Nimes, France, at the SHERCO factory.