Refreshed after a well-deserved rest day at 3,600 metres in Bolivia’s beautiful capital, La Paz, the competitors tackled the longest special since the start of the rally. Rain had made the fast earth and sand tracks on the 425 km course even trickier. As if this were not enough, this was a marathon stage, so competitors will have to personally carry out any necessary repairs at the bivouac. 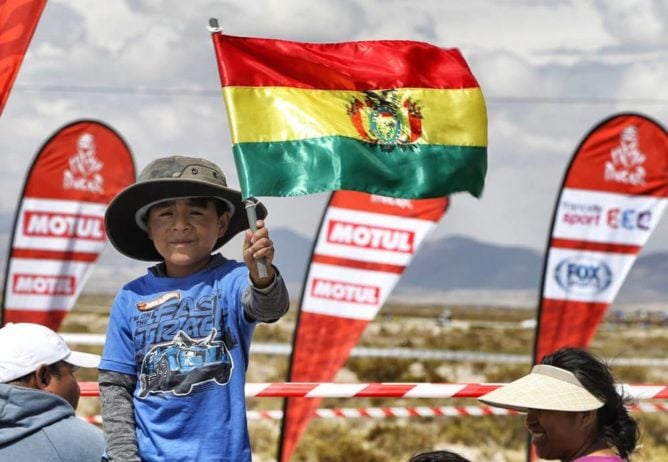 A spectacular Joan Barreda produced another of his epic rides on the way to Uyuni, going in all guns blazing and grabbing his third stage win this year. Even a nasty fall and the resulting knee injury could not stop the Honda rider from putting eight minutes into everyone bar Adrien Van Beveren, who moved back into the overall lead with a solid performance. Carlos Sainz now leads the car classification by a wide margin thanks to his second consecutive victory in Bolivia, as well as the woes that befell Stéphane Peterhansel, stuck for 1 h 45 repairing his Peugeot. Giniel De Villiers and Nasser Al-Attiyah finished a distant second and third. Axel Dutrie stamped his authority on the quad special to claim his maiden Dakar victory, as did Ton van Genugten in the truck category. The Dutchman had already showed flashes of talent in previous stages, but today he and his Iveco PowerStar translated it into a win. 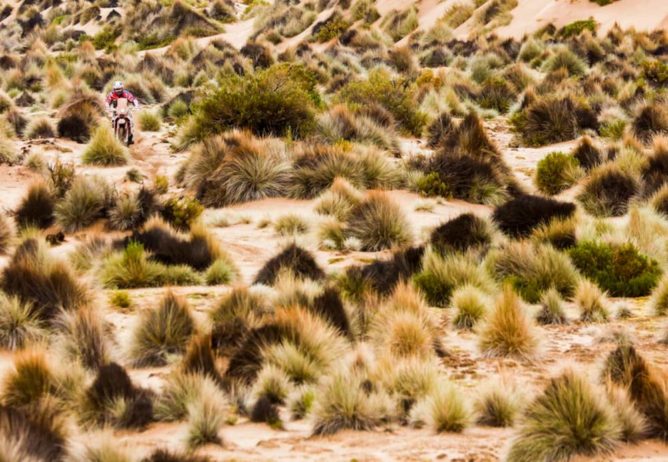 Axel Dutrie had been eagerly waiting for this day. The Frenchman’s fifth place in his debut in the quad category in 2017 filled him with confidence at the start in Lima, but he ran into bad luck right from the start. Only today did the Drag’On leader get his reward at the end of a stage he dominated throughout. He also vaulted up to fifth place overall. 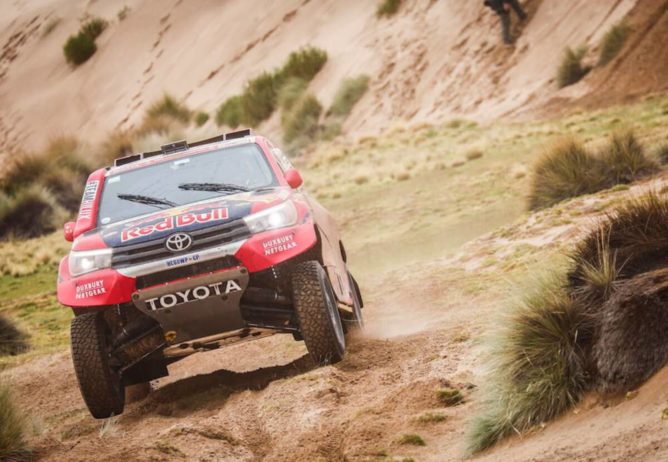 Stage winner Joan Barreda should have been all smiles in Uyuni, but instead a grimace of pain crossed his face as the Spaniard explained how he fell 300 km into a special in which he crushed the opposition. The accident left the Honda rider with a seriously hurt knee that will probably bury his dreams, cruelly forcing him to withdraw from the 2018 Dakar. 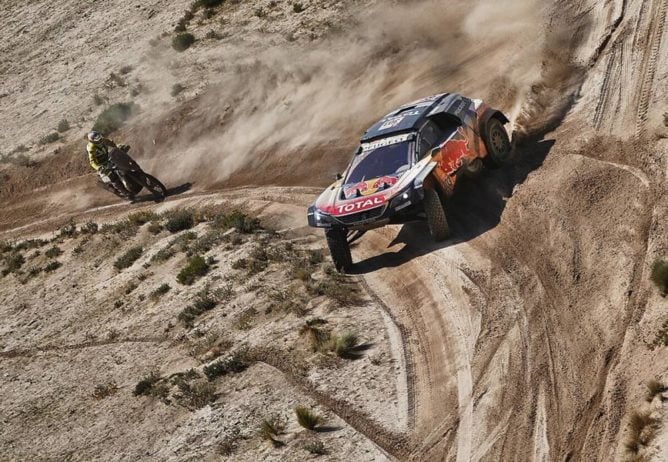 Now that Carlos Sainz enjoys a 1 h 11 advantage over Nasser Al-Attiyah in the general classification, the Dakar is his to lose. For perspective, the gap between Sainz and the next driver in the overall is greater than that between number 1 and 13 in the motorcycle classification, Adrien Van Beveren and Daniel Nosiglia! 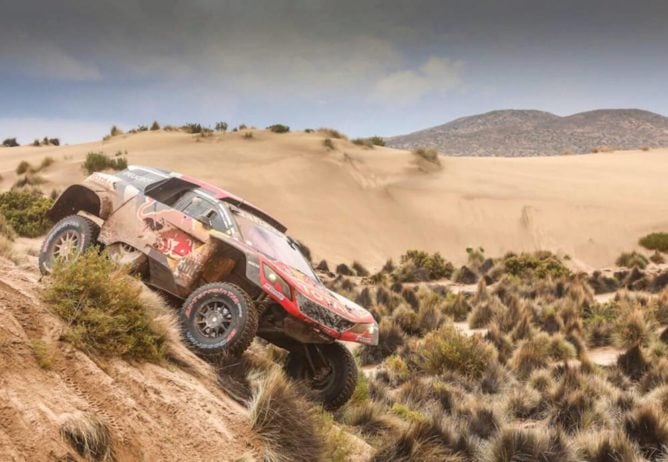 Stéphane Peterhansel: “We were crossing a long straight with big puddles. I saw a stationary quad, so I moved to avoid it and then I heard a deafening crash. The entire rear was broken: suspension, transmission shaft, shock absorbers… Everything was smashed up. We spent 1 h 50 making repairs and cannibalising Cyril’s car. I’m still happy, this wasn’t a make-or-break moment for me. It’s just a blow to morale and some damage to the 3008.” 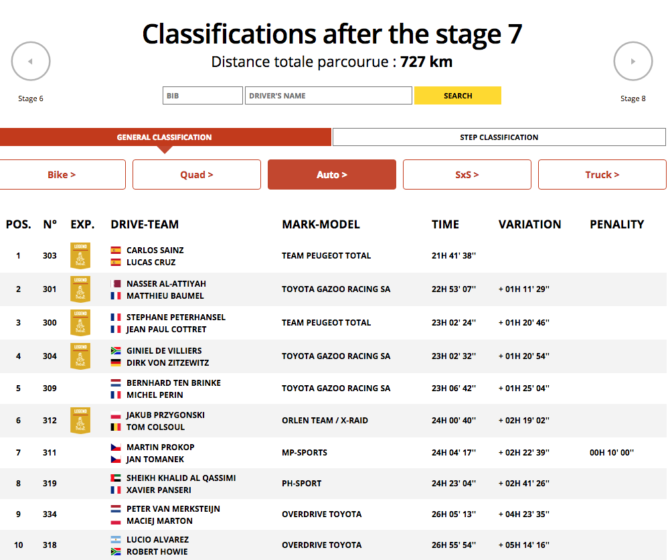