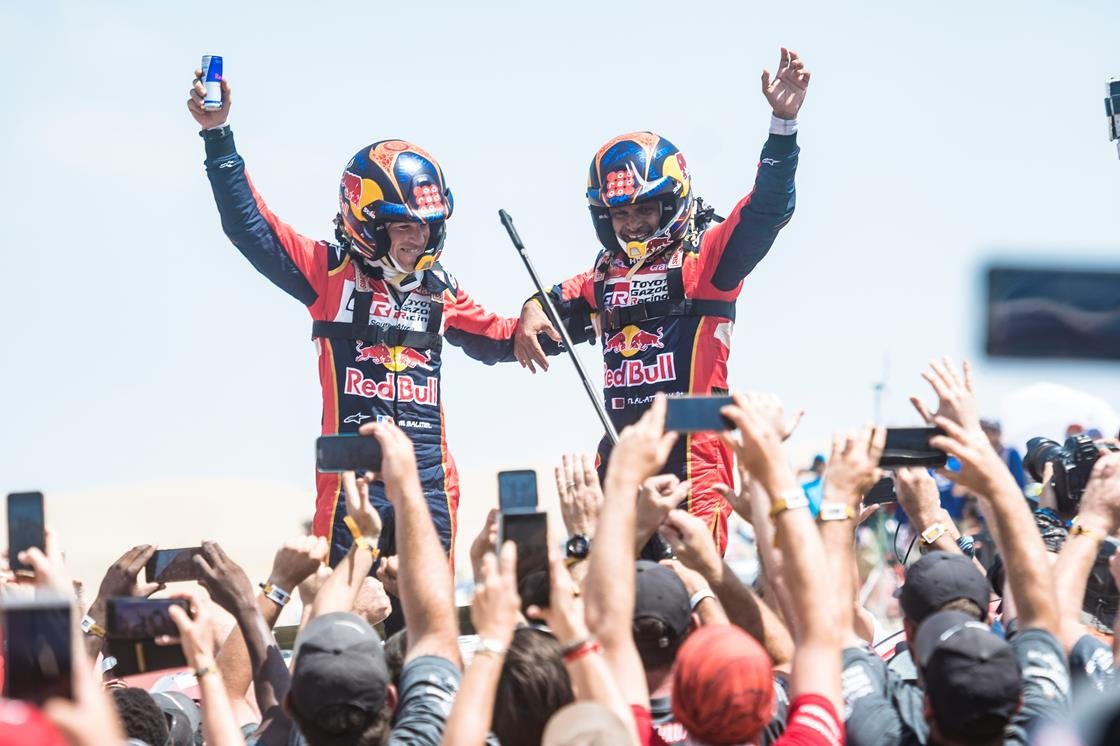 The winning streak of Dakar champions Nasser Al–Attiyah and Mathieu Baumel continued at the Manateq Qatar Cross-Country Rally. The Qatari native and his French co-driver were in imperious form for all six days of the event as they took the chequered flag in the desert.

While receiving the cheers of the crowds gathered at the starting podium at Doha’s iconic Pearl-Qatar, it was clear that only one result would be satisfactory to Al–Attiyah at this rally. The three-time Dakar Rally winner wasted no time in building a commanding lead as he won the first three desert stages of the event.

“We built a good gap over the first days and we just needed to finish today without any problems.” – Nasser Al–Attiyah

The six-day rally-raid event represented the opening round of the 2019 FIA World Cup for Cross-Country Rallies. With Al–Attiyah and Baumel taking maximum points they will be targeting reclaiming the World Cup that they won three times between 2015 and 2017.

This win was Al–Attiyah’s sixth at the Manateq Qatar Cross-Country Rally and Baumel’s fifth. The pair and their Toyota Hilux have proved to be a winning combination in recent years.

“It’s never easy in Qatar, but one of the big differences is Nasser’s experience and knowledge here.” – Mathieu Baumel

Second place in the car class went to Yazeed Al-Rajhi of Saudi Arabia after he held off the challenge of Poland’s Kuba Przygonski and his new German co-driver Timo Gottschalk. It was then decided after the race that Przygonski and Gottschalk were to be excluded from the final results.

When the cars were checked in post-event scrutineering at the Lusail Sports Arena it was discovered that Przygonski’s MINI was four kilogrammes underweight. It’s a blow for the defending FIA World Cup for Cross-Country Rallies champion.

The second round of the 2019 FIA World Cup for Cross-Country Rallies will be the Abu Dhabi Desert Challenge, March 30 to April 4.

You’re receiving this newsletter because you’re subscribed to the Red Bull Desert Wings newsletter, our distribution service for inside stories covering our Red Bull rally-raid athletes

Nasser Al–Attiyah: “I am quite happy to win my rally in Qatar again. This is nice for the championship. I took it easy this morning with no risks. We did a good gap over the last four days and we just needed to finish without any problems.”

Mathieu Baumel: “It’s never easy in Qatar, but one of the big differences is Nasser’s experience and knowledge here. He knows very quickly to choose the direction from what I am saying. It’s a very satisfying win, especially for Nasser, Qatar and the start of our championship.”