Dakar: Life in the Bivouac – race-deZert.com

Imagine going to Baja and sitting down next to Robby Gordon for breakfast, or Mark McMillin stopping and asking you directions to the bathroom. Both of these (and much more) have occurred to me in the past week on the Dakar Rally. Instead of Robby staying off at Estero Beach and Mark staying at the Hotel Coral, everyone at the Dakar Rally eats, sleeps, and even showers together in the bivouac. This is a high-security camp that is assembled each day ahead of the rally and acts as home base until the last competitor moves on, then the whole place is torn down and moved by aircraft and truck to the next location. 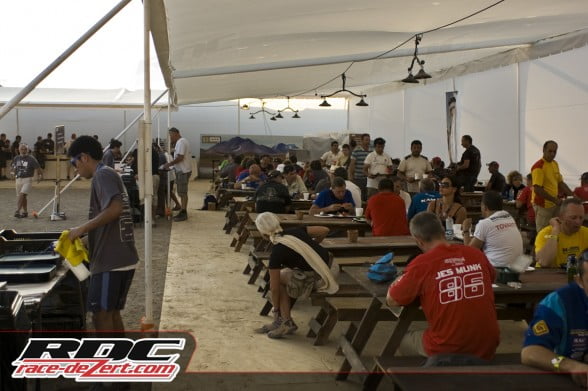 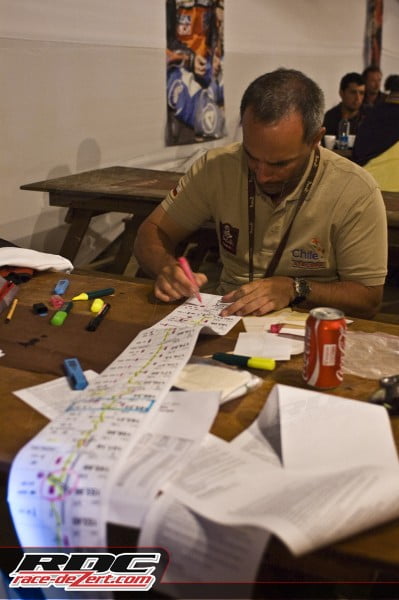 Like racing in Baja, there is plenty of bootleg merchandise for sale outside of the bivouac, and getting inside is not an easy task. You need a badge or wrist band to get through the front gate, and all vehicles associated with the rally have a chip installed on the windshield to monitor their ingress and egress. When the rally was held in Africa, only people directly associated with the rally (competitors, support teams, event organizers, media, and such) were allowed into the bivouac. Since moving to South America there is a lot more interest in the race from local fans, who can buy a day pass to get into the bivouac and see the teams up close and personal. 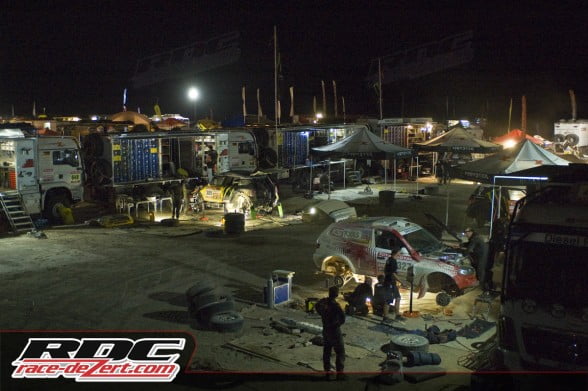 What they find is a system of roads with teams of all shapes and sizes carving out there little kingdoms in the sand. Space in the bivouac is first come, first serve and quite limited at some locations, such as San Rafael this year. At the far end of the camp the dining hall, bathrooms, medical tent, and organization tents are set up each day. Being at this end of the camp means that you don’t have to walk as far to the showers, but the tradeoff is waiting in traffic to get in or out of the bivouac and the potentially for a smelly wake up call if you camp too close to the port-o-johns. 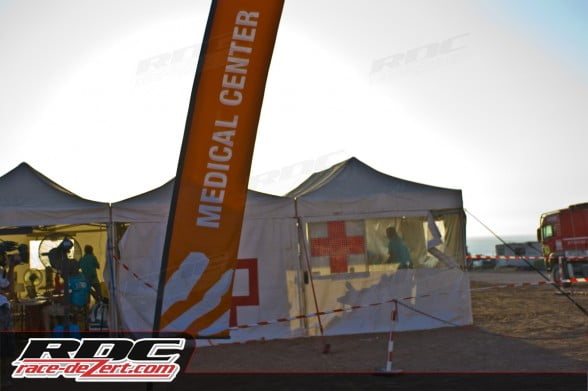 The local visitors witness this aspect, but they still don’t have access to all of the perks though, like the food served each day and the medical facilities. The dining hall serves cafeteria-style food and has picnic tables where you might break bread with Nasser Al-Attiyah or a Dutch mechanic. The dining hall is set up in a U shape with the tables on each side and the food at the far end. The food consists mainly of local fare and is better than most cafeteria food, but not quite as good as the French cuisine that was served when the rally was in Africa. Navigators who have picked up their roadbooks for the next day are often seen studying their roadbooks at the dining hall and highlighting particularly important features. 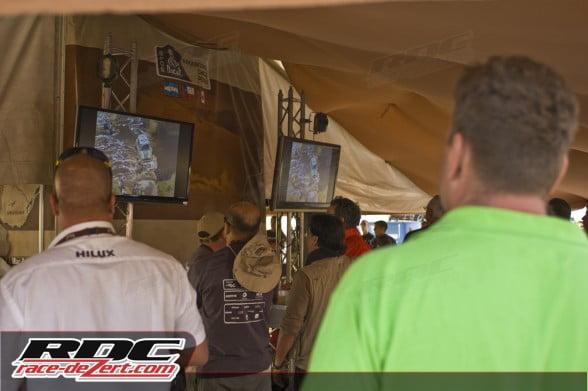 Flat screen televisions are set up at the entrance to the dining area with highlights from the day’s race and a fire pit in the middle. ASO (the sanctioning body for the Dakar Rally) has a full production trailer that travels with the rally and dozens of cameras to produce a half hour show each night. Don’t expect much love for Jonah Street or Robby Gordon though, the coverage is very Euro-centric and American airtime is generally limited. 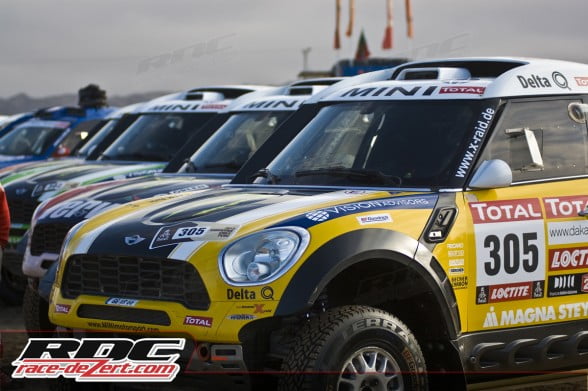 Big teams like the Kamaz trucks and Monster Energy X-Raid Minis take up a lot of real estate, with their huge support trucks around the perimeters and tarps and lights in the center to work on the race vehicles late into the night. Typically at one end all of the tents will be set up in a row for the team, but on clear nights it is not uncommon to see cots set up in the shadows of MAN trucks. Smaller teams might just have one support truck and an EZ-Up to work on their motorcycle or car. Ear plugs are mandatory in the bivouac if you plan to get any sleep, with generators and motorcycles creating a symphony of noise throughout the night. It may sound unpleasant at first, but it is a small price to pay to witness the Dakar Rally firsthand. 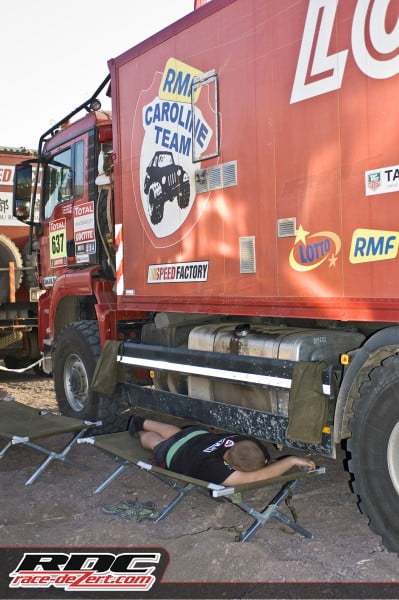