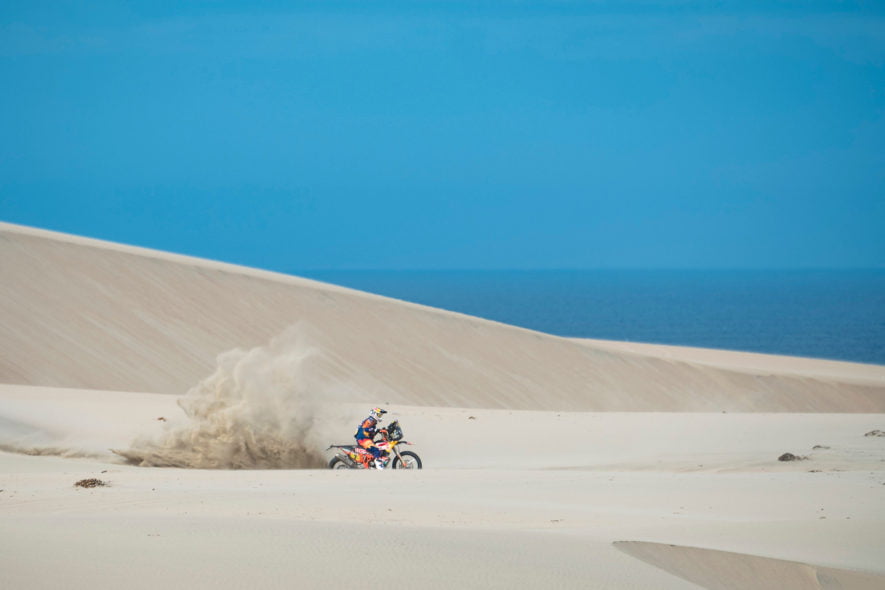 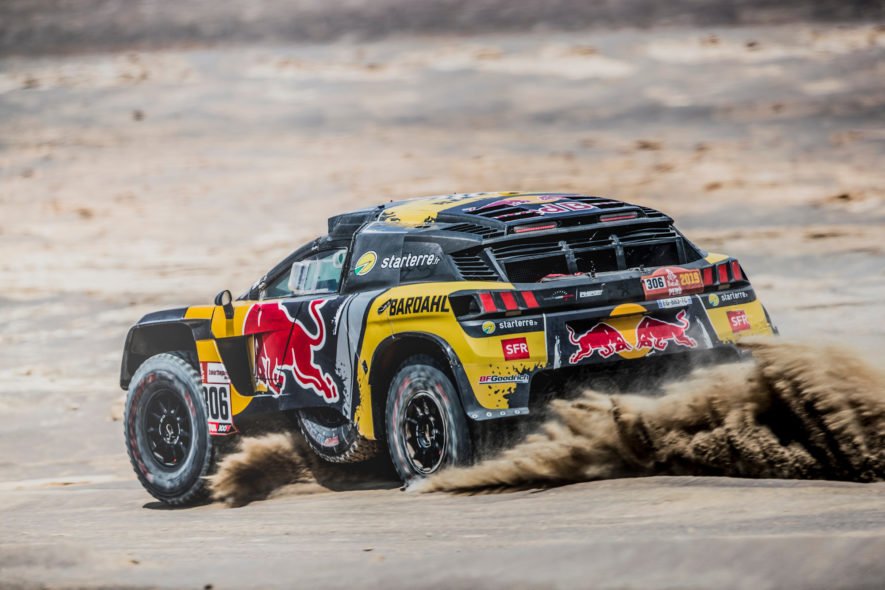 The Dakar Rally continued to throw up surprises on Stage 8 as many heavyweights on the leaderboard struggled in 40°C heat on the sand dunes of the 360km special stage to Pisco.

– Peugeot privateer Sébastien Loeb catapulted his way up the rankings in the car category after a supreme show of strength saw the Frenchman win his fourth stage of 2019. Carlos Sainz had looked on his way for the win but suffered as the route entered the dunes, as did fellow Mini drivers Stéphane Peterhansel and Cyril Despres.

– Peterhansel lost 24 minutes to a flawless Nasser Al-Attiyah in the Toyota with the Qatari now holding a commanding 46-minute lead over Nani Roma and Loeb with just two stages remaining. Peterhansel is 53-minutes behind.

– Al-Attiyah said: “I am quite happy! We never got stuck and kept a good pace all day. There are still two days left and we try to keep going like this. We work day by day.”

– Ricky Brabec set off from San Juan de Marcona in the lead as he pushed to become the first American to win the race. However, the Honda rider suffered heartbreak after only 56km as his engine gave way, bringing an end to his hopes.

– The KTM trio of Sam Sunderland, Toby Price and Matthias Walkner as well as Husqvarna rider Pablo Quintanilla took full advantage. Defending champion Walkner has been battling an ankle injury all race but chased down teammate Price, himself suffering from severe wrist pain, in the final moments to clinch a second stage win.

– Price was leading for 300km of the special and his speed was enough to take the overall lead as he bids to reclaim the title he first won in 2016. Quintanilla is just one minute behind, with Walkner now third a further five minutes back.

– Price said: “That was my maximum today, I couldn’t go any more. The wrist is on fire now. It is difficult with the wrist, you just try to blank it out. I will try to do it all again!”

– Russian Eduard Nikolaev was in cruise control at the start of the day but lost nearly an hour after having to dig his Kamaz truck out of the sand. Compatriot Dmitry Sotnikov won the stage, and more importantly, now leads the race.

– Nicolas Cavigliasso is a man on a mission. The Argentine is relentless in his pursuit of victory, cruising to a seventh stage victory out of eight. His closest challenger is nearly 90 minutes behind him in the rankings.

– In the SxS race Chilean Francisco Lopez Contardo continued his fine form to seal a third win in a row and open up a gap at the top of the standings.

– Tomorrow is the penultimate stage of the race and only the second mass start of the rally. The route takes a loop around Pisco and entails a 96km liaison and 313km special.