Competitors started todays stage with a somber reminder of exactly how harsh the Dakar Rally can be.  Relentless dry heat conditions and an unforgiving terrain have been the largest battle that racers have had to overcome.  Unfortunately, Belgian Motorcyclist Eric Palante was found motionless and separated from his motorcycle late in Stage 5.  Although it is still unclear what might have caused the death of Palante, the environment in which the Dakar Rally takes place can only lead one to believe that fatigue and exhaustion may have played a factor.  Authorities are still reviewing the actual cause of death.

With “rest day” immediately following the completion of Stage 6, it has been on the competitor’s minds since stage 1.  Many sleepless nights and days of frustration have lead to countless mental mistakes and compromise on many race vehicles, the 50% attrition rate half way through the rally is a testament to how tough the rally really is.  Stage 6 for Cars and Trucks saw a 248mile special that was reminiscent of something that you would typically find in a WRC rally.  High canyon walls, fast flowing grated rally roads and a dry lakebed that turned into a river overnight. 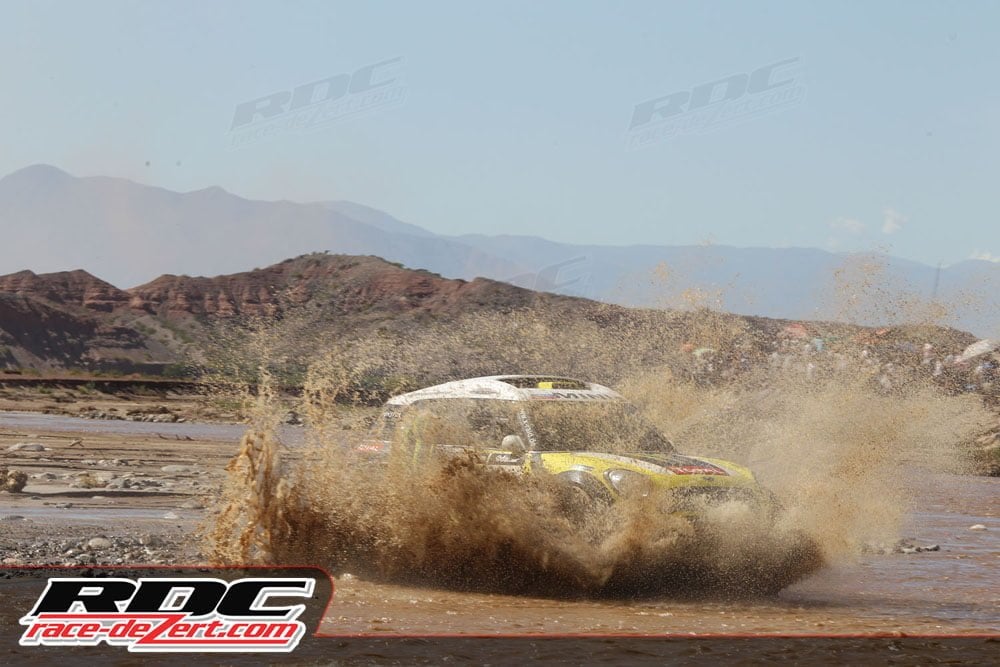 Race leader Nani Roma came into Stage 6 with a 30-minute lead over Nasser Al-Attiyah and looked to stretch that lead going into rest day. Although Roma would run a clean race with zero issues, “Mr. Dakar” Stephane Peterhansel was in true Dakar form and put on an amazing display of driving talent winning Stage 6 by a 2 minute margin over Al-Attiyah. 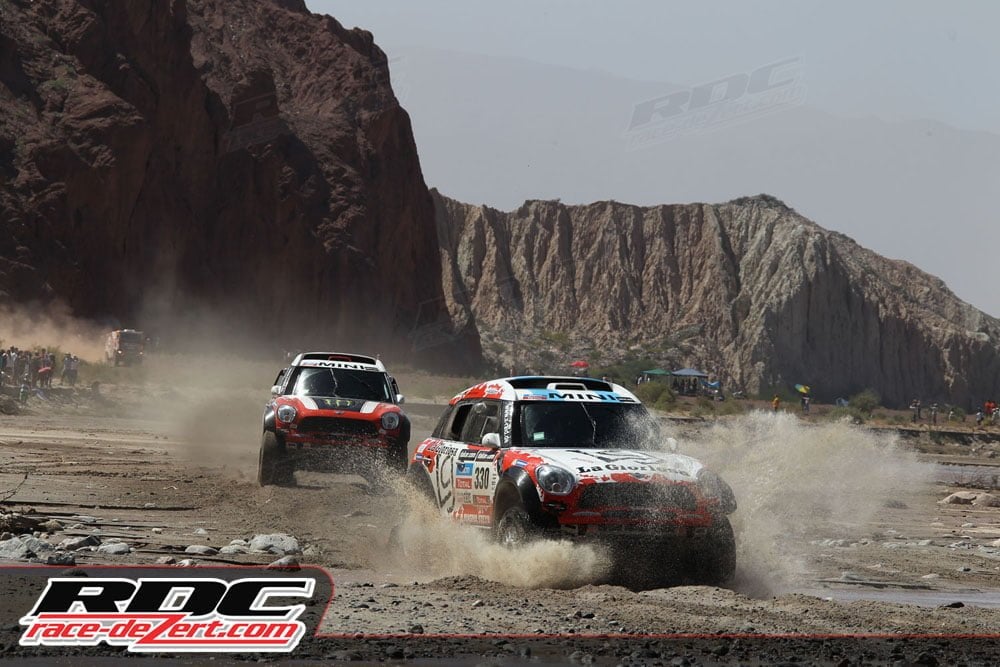 The XRaid Mini battle for an overall win continues..

Motorcycle competitors ran a separate route than the cars and trucks; today they wouldn’t find themselves on the nicely grated roads like the cars did but actually quite the contrary.  Motorcycle riders would be forced to transverse through narrow single track heavily wooded areas with visibility beyond eye level.  Stage 6 proved to be a test for most riders and even a calculated risk for some of the leading riders looking to make a charge to the top.

After having to miss the 2013 Dakar Rally, Marc Coma has proven that he hasn’t missed a step going into the 2014 rally.  Staying consistent through out all of the first 6 stages, Marc Coma retains the overall lead by 42 minutes over HRC rider Joan Barreda Bort.  Although Coma did not win Stage 6, he came ever so close falling short by a mere 1minute and 15 seconds behind Sherco rider Alain Duclos.  Barreda Bort would fight to see another day but have to settle for a 4th place finish just behind Michael Metge.

Clearly the story of the day was centered behind the tragic loss of fellow rider Eric Palante, but one other story that deserves a quick mention is that of Mark Davidson.  Davidson arrived at the finish line for STAGE 5 just in the nick of time only to see the start of Stage 6.  Mark spent nearly 27 hours on his motorcycle attempting to transverse over 230km, that’s like being the last person through the finish at the Baja 1000 if the Baja 1000 was only 140 miles.  Its stories like these that make you believe that the Dakar dream is still alive; that there is much more to the human mind that one could ever imagine and a passion for a race that can’t even be described. 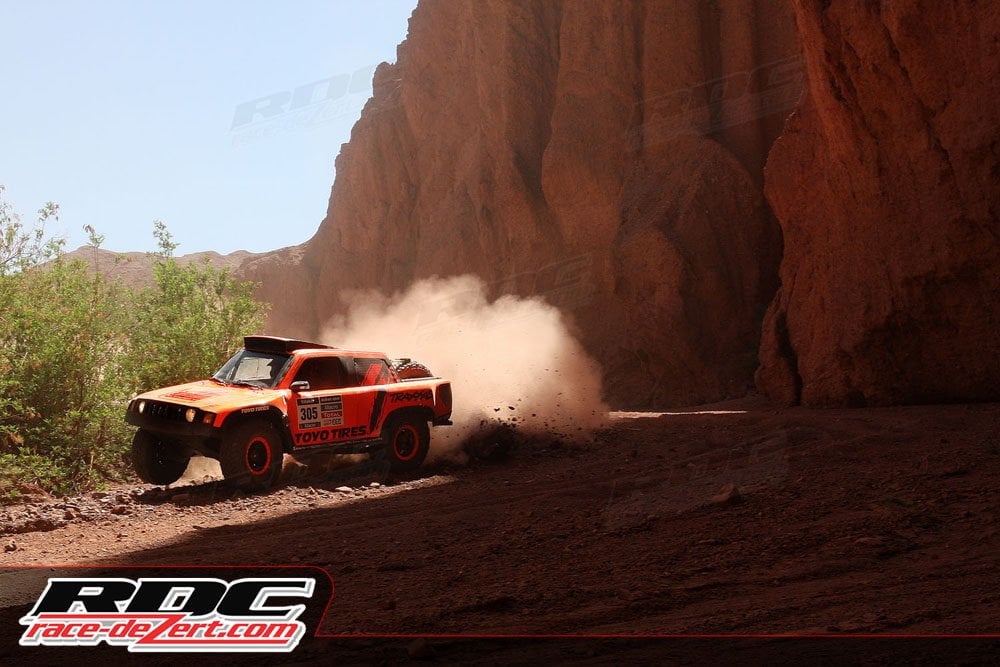 Americans Robby Gordon and Bj Baldwin had their hopes of a Dakar victory shot down early in the rally due to vapor-locking issues. With nothing left to lose, both Gordon and Baldwin have pressed as hard as they can each stage of the race. Stage 6 wasn’t about the race for Gordon, he already knew he was down on time so in typical Gordon style he took the time to wow the crowds as often as he could. Gordon brought a seemingly untested HST Gordini to the 2014 Dakar in hopes that he would have a solid package right out of the box. Unfortunately for Gordon, that wasn’t the case. Gordon would face more issues today on stage 6 causing him to finish an additional 24 minutes behind race leaders. 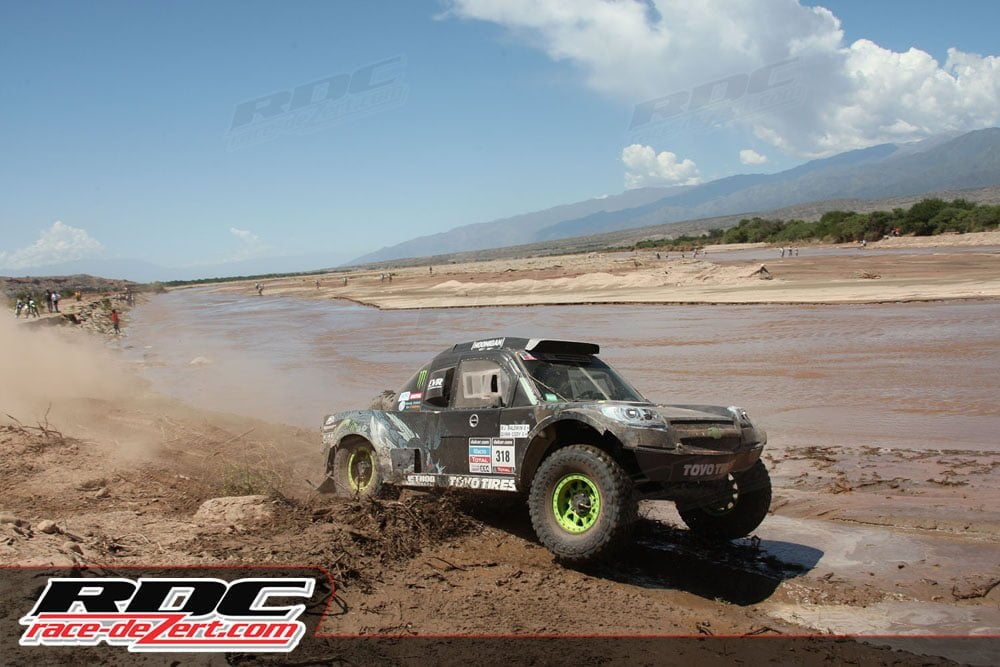 Bj Baldwin also saw misfortune in stage 6 as he would finish an hour and 18 minutes behind the Peterhansel resulting in a 61st finishing position. This didn’t slow Baldwin down from showing off his amazing driving talent to the South American crowd whenever he got a chance. If anybody in South America ever wondered how the best drivers in North America looked going over 100mph through the wide open desert, they got an up close and personal experience in stage 6.

Our North American friends in the El Martillo Jimco are giving the Dakar a tough fight but todays tracking data shows the team take the start but zero updates afterwards and as of this writing they are not listed as finishers. Anything is possible at the Dakar so we keep our fingers crossed. 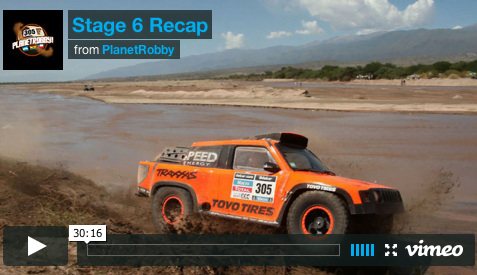