Dakar Stage1: Gordon down but not out – race-deZert.com 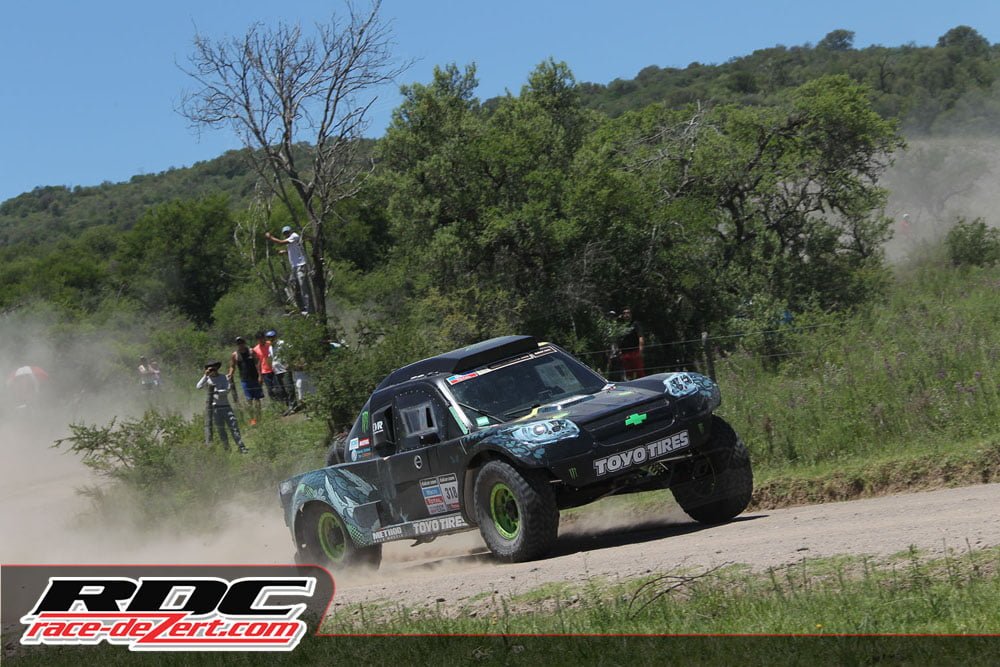 Day 1 of the Dakar Rally got off to a rough start for American drivers Robby Gordon and BJ Baldwin.  Although the two Americans finished todays stage, aftter 180km of racing, BJ Baldwin would finish 92nd and Robby Gordon with finish 133rd in the car class.  Clearly Day 1 from Rosario to San Luis did not favor the two-wheel drive buggies driven by BJ Baldwin, Guerlain Chicherit and Carlos Sainz.   However Carlos Sainz was able to finish Day 1 with a very respectable 5th place finish just four minutes down from the leaders.  Robby Gordon had to overcome a very frustrating day 1 in the Speed Energy HST Gordini.  Gordon had overheating issues early in today’s special.  The overheating issue forced Gordon to stop numerous amounts of times throughout the stage and would ultimately cause him to be tardy to the transfer stage giving him a time penalty added to his over-all time. 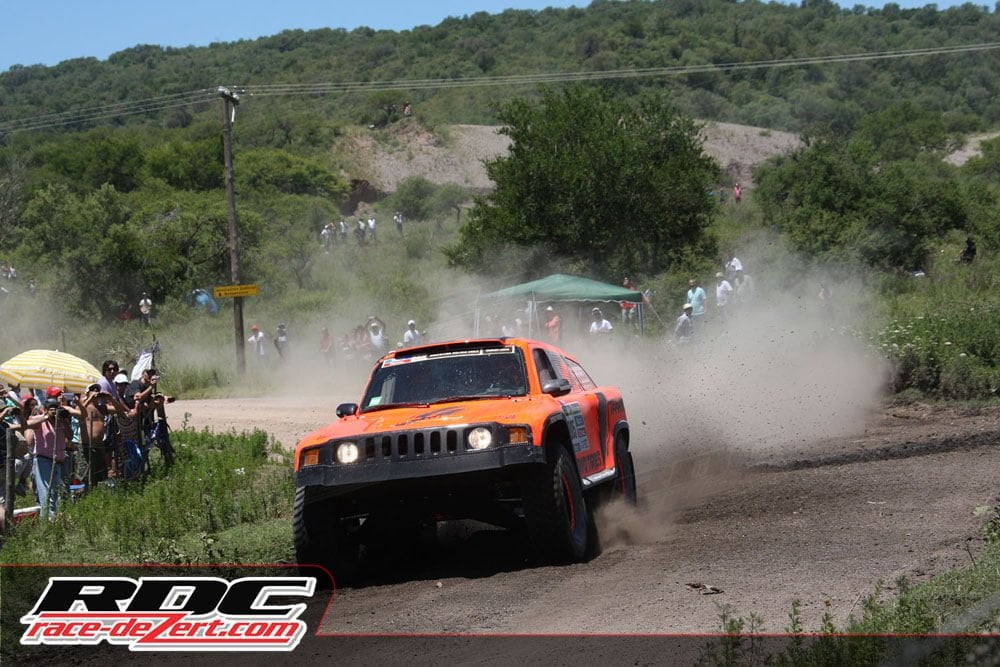 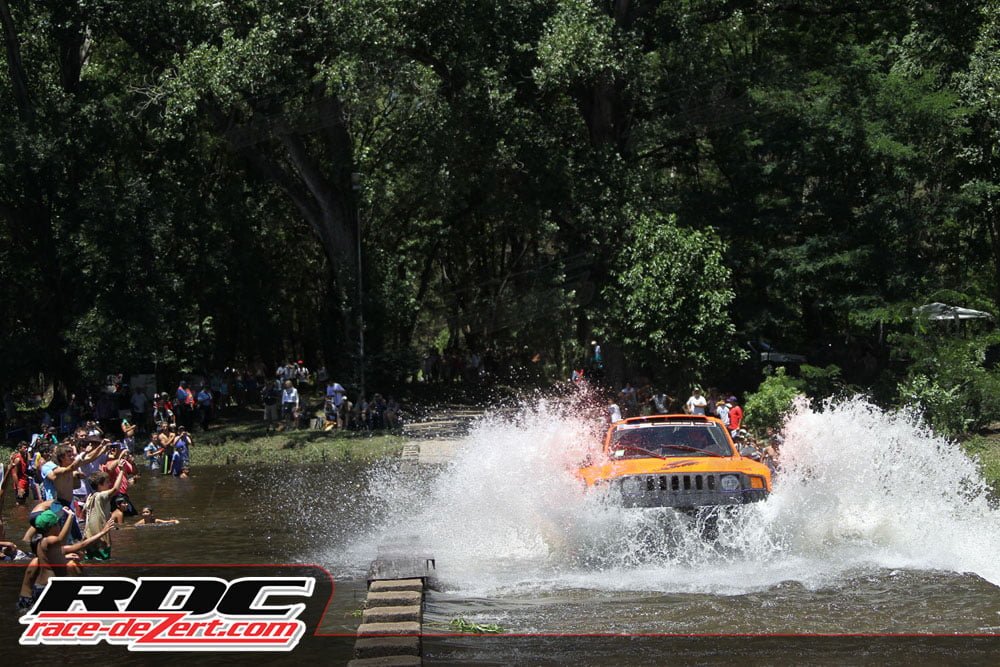 What do you get when you put a Mitsubishi power plant in an Isuzu body with Toyota suspension components?  You end up with a vehicle made by Great Wall driven by Carlos Sousa and winner of Stage 1 of the Dakar Rally.  Sousa drove an absolutely flawless race during todays special, even the Monster X-Raid Mini’s couldn’t keep up.  This is Carlos Sousa’s first stage victory since 2007. 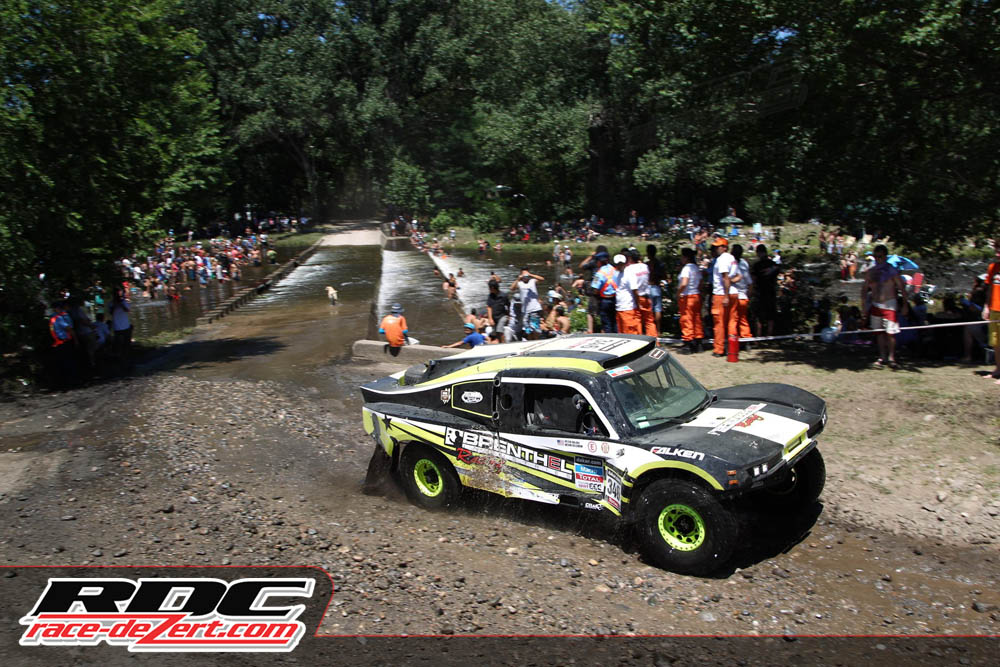 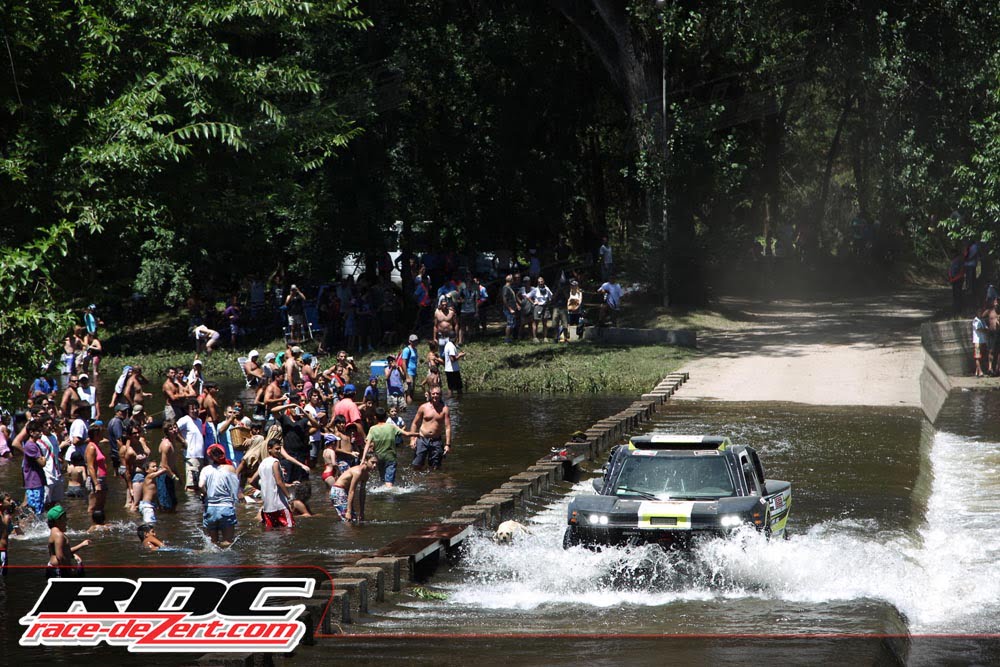 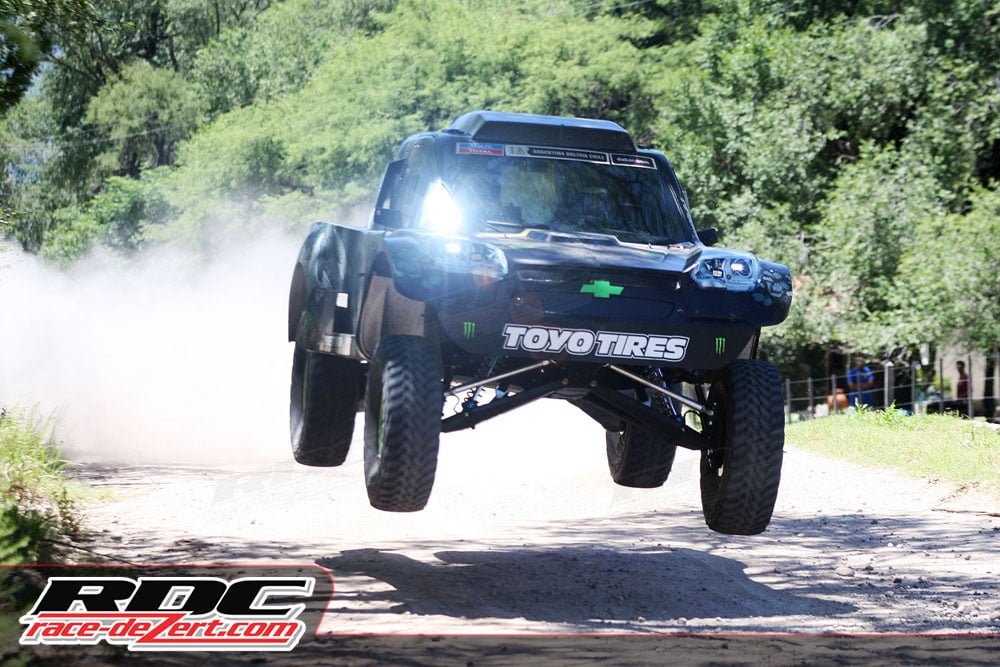 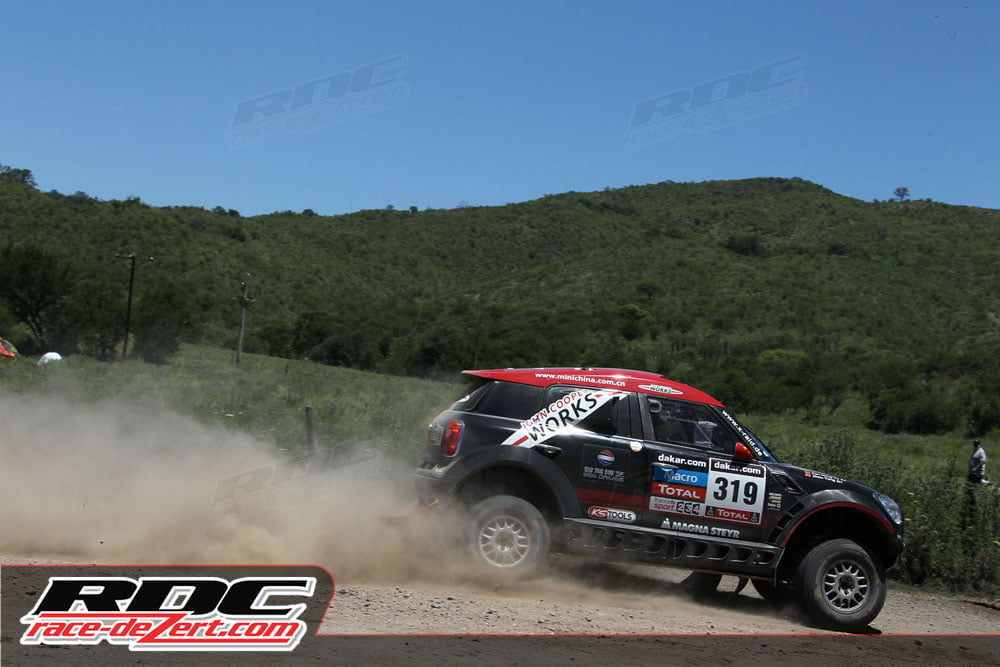 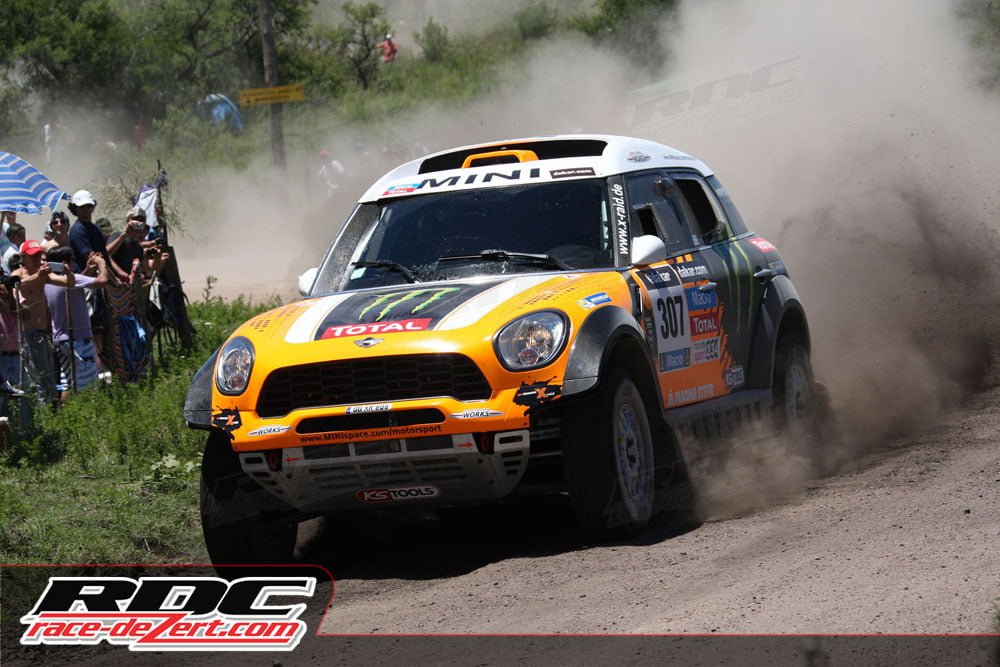 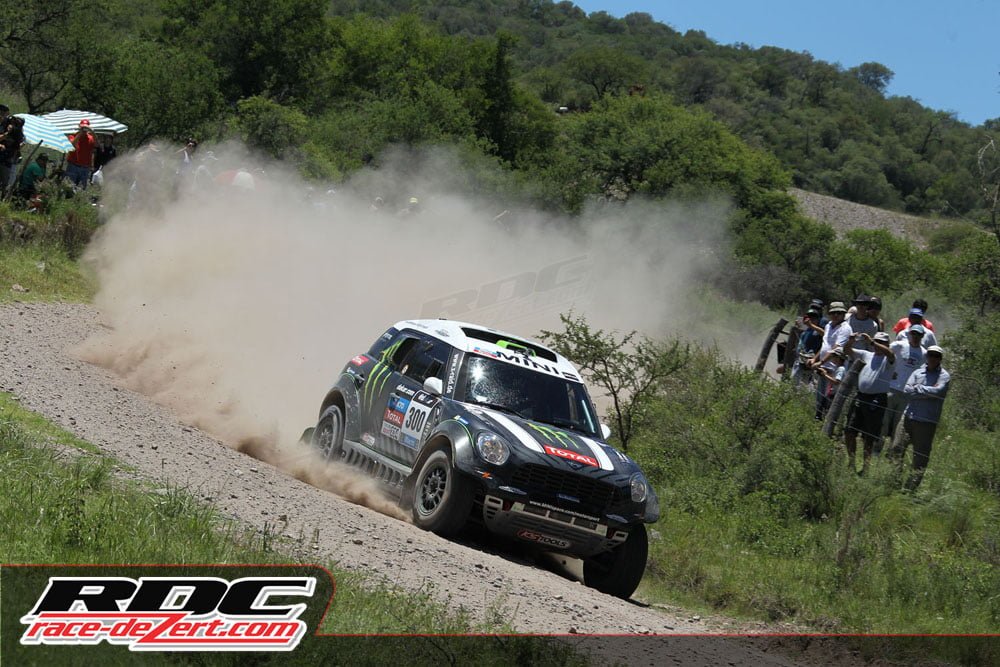 Americans competing in the Bike division also saw some very difficult times in todays special.  The privateer Kevin Muggleton was the fastest American on a bike today finishing in 120th place.  Americans Mike Johnson and Peter Hardy finished today’s stage over an hour off of the leader John Barreda Bort.

Marc Coma made his return to Dakar in typical form finishing just in front of his former teammate Cyril Despres.  Despres took a leap of faith for the 2014 Dakar leaving his long time KTM ride and joining the factory Yamaha team.  Despres would finish todays special just one and a half minutes hehind the leader John Barreda Bort.