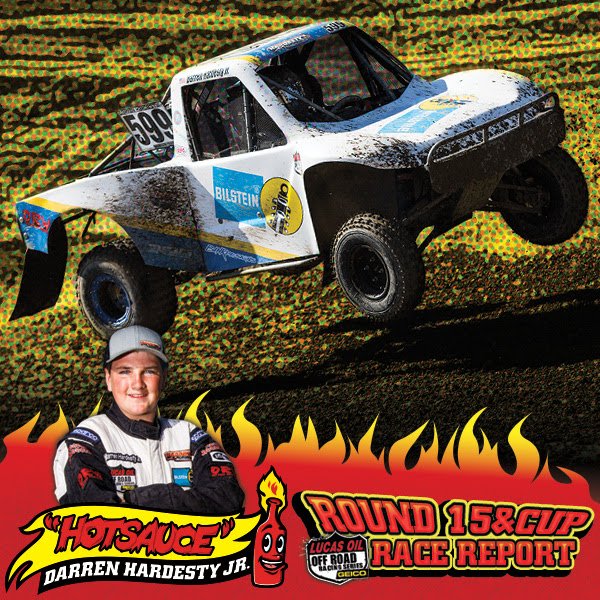 Lake Elsinore, CA
Darren “Hot Sauce” Hardesty Jr. was filled with mixed emotions as he competed in the final rounds of the Lucas Oil Off Road Racing Series in Lake Elsinore, California. Lake Elsinore would be his last two races behind the wheel of his Bilstein Modified Kart. In 2015, he will be racing an Alumi Craft Pro Buggy. It’s hard to imagine that at the age of 14, he’s already paid his dues on the track and gained the skills needed to move into the Pro Buggy class. Hotsauce has had a great run in the Kart classes but is anxious to take on a new challenge. 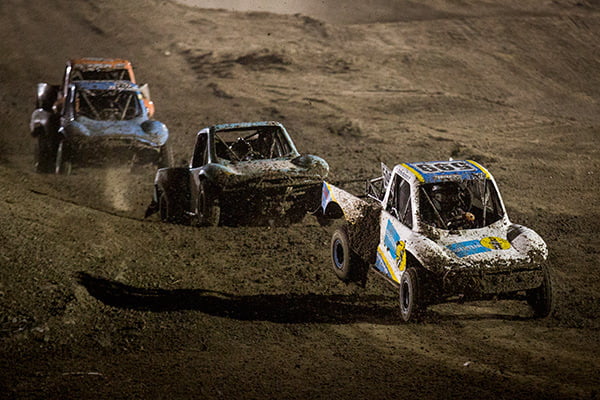 “We had a good race in round 15,” said Hot Sauce, “We got a good start; my Bilstein Shocks, Bink Designs, ReplayXD, Lucas Oil, ORW, Spy Optic, OGIO, Full Tilt built Kart was running great. I was working my way up through the field and we just ran out of laps. You have to make a move quickly, the races are over before you know it.” Darren finished a respectable 5th place adding valuable points to his totals. After a very competitive Modified Kart season, the points tally shows Darren in a tie for 6th place with Cole Mamer. With the season complete, only the Challenge Cup race remained. 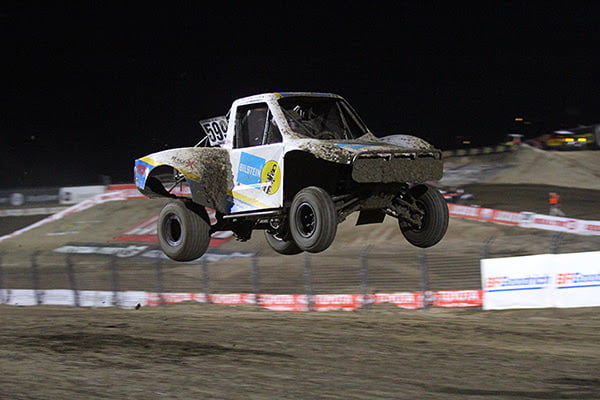 “The Cup race was carnage,” says Darren, “There was a lot of contact and some downright dirty moves; we got caught up in it. Over the last jump another Kart slid sideways in front of me and I couldn’t avoid t-boning it. Despite being tangled up, I clawed my way over the finish line in 20th place.” 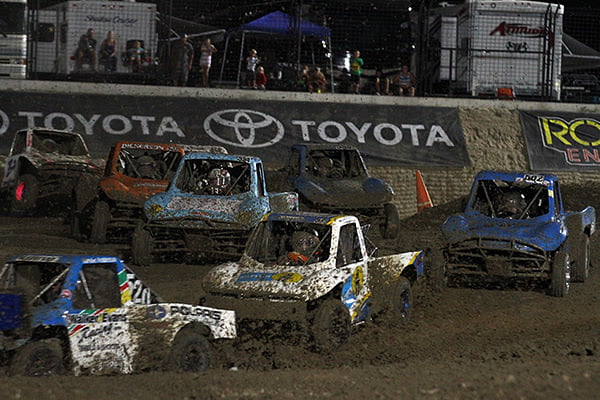 If you have thin skin, you won’t get very far in short course racing. Luckily for Darren, he loves fierce competiton. That’s why he is taking on the huge challenge ahead of him in the Pro Buggy class. Pro Buggies keep their drivers busy behind the wheel. You have to shift the car and use a cutting brake just to get through the corners. There are no fenders to bang; just turning wheels and exposed suspension components. Any contact usually ends in disaster. Darren will take some time for a little fun in the desert with family and friends in the off season and then begin his Pro Buggy effort. They are swapping in a Fortin transmission and will then test and tune the combination. Darren will run a regional race where Lucas Oil officials will scrutinize his abilities in the new car. If everything goes well, he will join the national series when the season begins. It’s going to be interesting to see how the fans like the Pro Buggy class with a little Hotsauce on it! 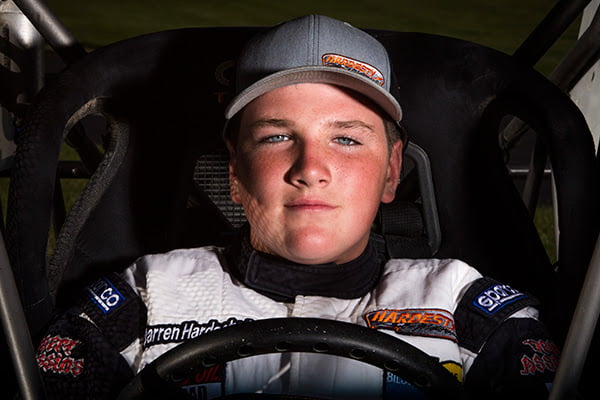 About Darren “Hot Sauce” Hardesty Jr.
Darren “Hot Sauce” Hardesty Jr. is a third generation racer who is making his own mark on off road racing. Darren’s Father, Darren Sr. and Grandfather Earl have both won at the most prestigious off road races in the world and own Championships in the premier SCORE International Desert Racing series. The competitive streak runs deep in the Hardesty family. Darren Jr. shares the same drive and has worked his way up the ladder from Dwarf cars and JR1 Kart, where he was named “Rookie of the Year”, to JR2 and now the fastest kart class in the Lucas Oil Off Road Racing Series, Modified Kart. At only 14 years of age, Darren Jr. already has a great deal of time behind the wheel of a race car and the insight and knowledge instilled in him from his accomplished family. Put him in the driver’s seat and he is guaranteed to spice things up as his nickname “Hot Sauce” suggests.