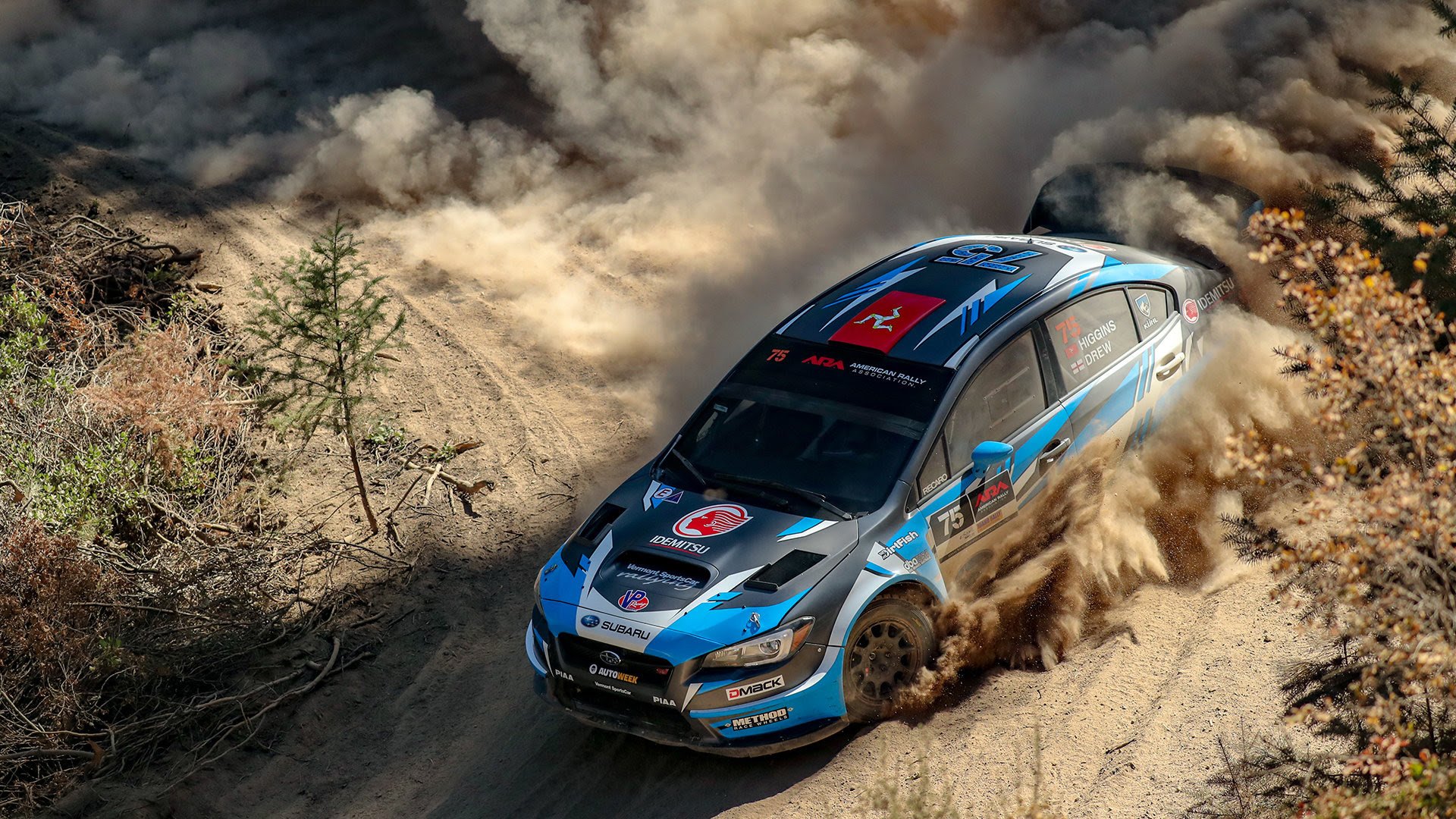 Despite their history of success, Higgins and Drew began the 2018 season in an unfamiliar position after narrowly missing out on 2017’s inaugural ARA championship to Subaru teammates Travis Pastrana and Robbie Durant. The UK-based team came fast out of the gate at the season-opening Oregon Trail Rally, winning thirteen of the event’s twenty stages and securing the overall victory by more than six minutes. However, the following month’s Olympus Rally proved a setback; a mechanical issue led to a DNF and opened the door for teammate Patrik Sandell to take the event win and move within a point of Higgins’ early championship lead.

With five events remaining, Higgins and Drew mounted a midseason offensive that would ultimately prove insurmountable. A dominant drive at Susquehannock Trail Performance Rally reestablished their overall points lead, and another win on the rock-strewn mountain roads of New England Forest Rally made it three victories in four starts. Finally, a win over Pastrana and Robbie Durant at Minnesota’s Ojibwe Forests Rally – the same event where Pastrana had secured the 2017 championship – meant that Higgins could adopt a more conservative strategy for the season’s last two events to bring home the overall title. With a second-place finish behind Sandell at Idaho Rally, Higgins and Drew earned enough points to render the season-ending Tour de Forest Rally a championship formality.¥

“Coming into this year, our number one objective was to win a championship,” said Higgins.  “We knew we’d get a challenge from our teammates throughout the season, and there were some new events on the calendar this year, so we expected some ups and downs. It’s tough because as a driver you always want to go flat out for stage wins and event victories, but Craig (Drew) and I just had to trust our strategy so we could focus on bringing home the trophy. Lots of credit to the Subaru team for keeping the #75 (rally car) in good order, and we’ll look forward to our title defense next year!”