Day 6 was the penultimate day for racing at the Yokohama NORRA Mexican 1000 presented by Method Race Wheels. It was a challenging day with high speed roads in stage one which turned to whoops, deep sand and lots of cactus. As the bike course got closer to La Paz there were big dips and hidden rocks waiting to cut a tire if you weren’t paying attention. The cars and bikes had their own separate courses so the unlimited vehicles could run wide open all day. The bike course was another 300 miles; only 38 on pavement.

It was quite the day for the bikes, one that nobody expected. Matt Sutherland has been leading overall, but has struggled at times finding the perfect pace. He admitted to going easy on day 4, and that cost him starting position because the other riders pushed the pace. He was pushing hard today to establish himself at the front when a cow darted in front of him. He hit the cow, went over the bars into some cactus, and the bike flipped over; hitting him in the head with the tire. He got up, dusted himself off, and got right back into the fight. This guy is tough. He said it messed with his vision a little which made it tougher to navigate, but he made it to La Paz without further incident. 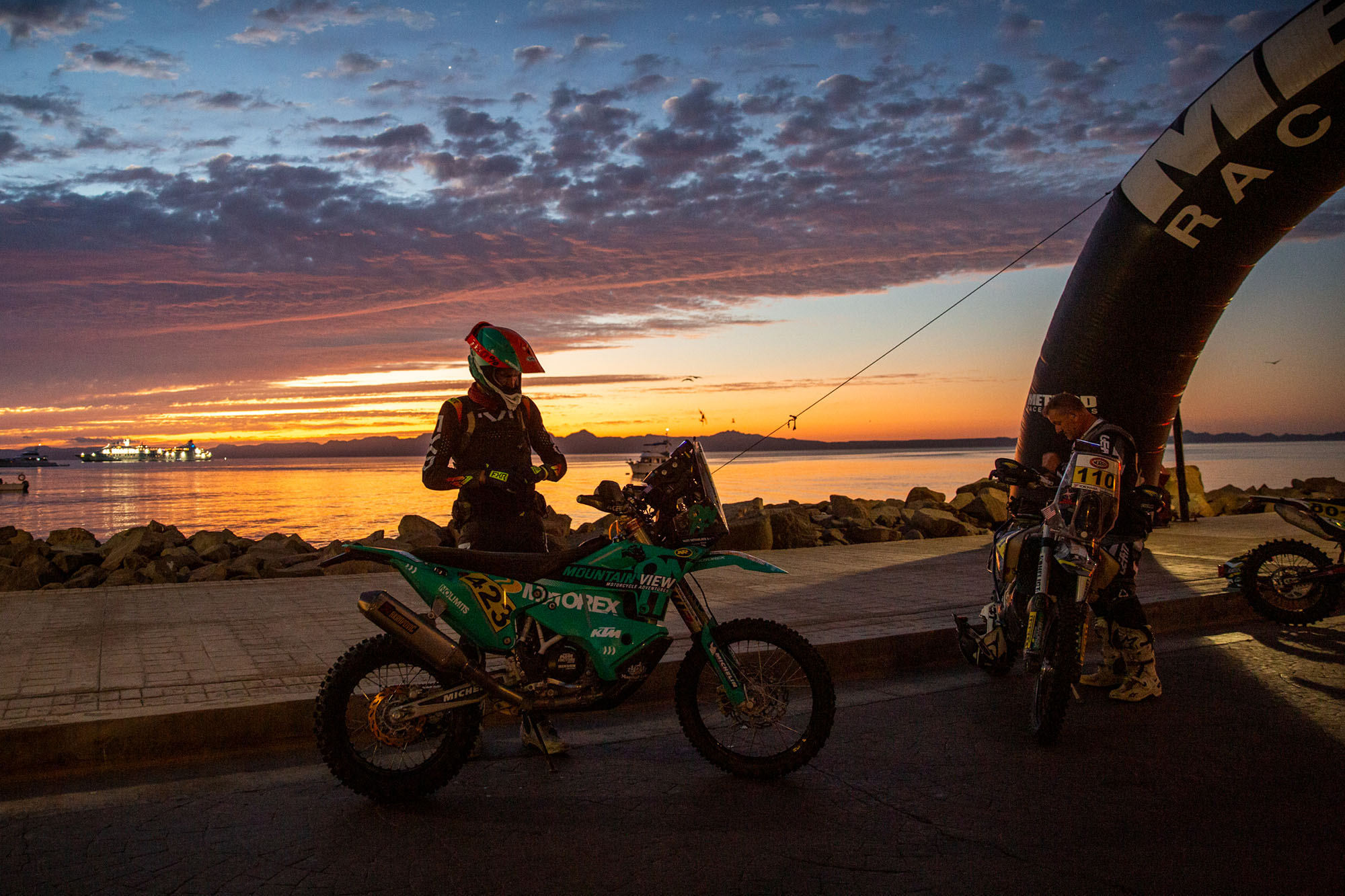 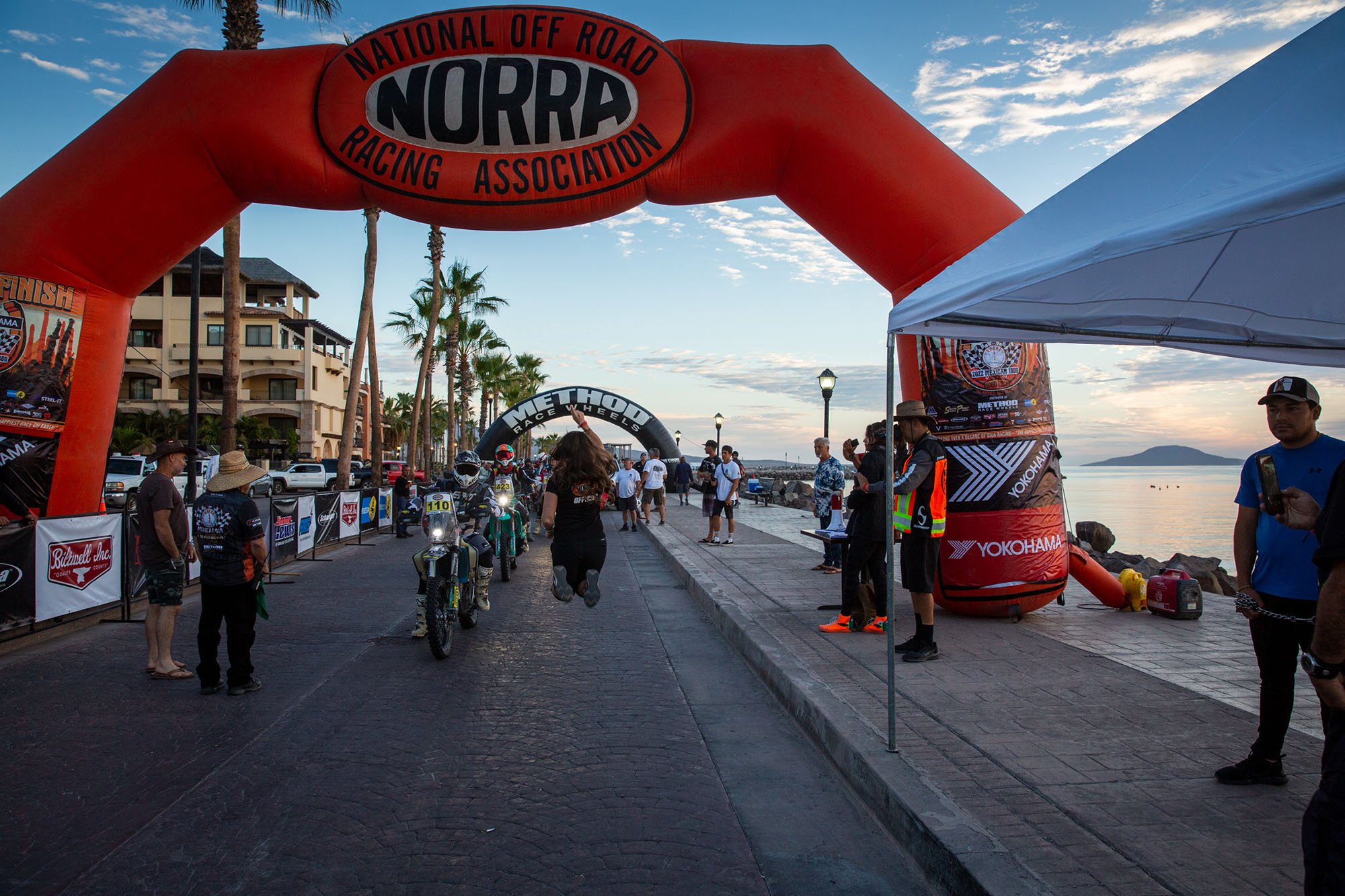 That’s so crazy; what are the odds? It turns out the odds were pretty good because Dan Bartolucci hit a deer. He said he just glanced off of it, but it ripped the air box off his bike. He pushed it with his leg or he would have t-boned it. Except for that, he said the dust was brutal, and the navigation was fun. He couldn’t believe how they were in the middle of nowhere, and there were fans lined up to cheer them on.

Despite run-ins with animals by the top two riders, they both managed to keep their spots in the running order. Sutherland is leading overall, and Bartolucci is second, but leading the 50+ Vintage Dudes class. Mathew Wichgers is third overall, Nick Torchio fourth, and Sterling Butler fifth. Tomorrow everything gets settled. We’ll see who has enough left to make a move. 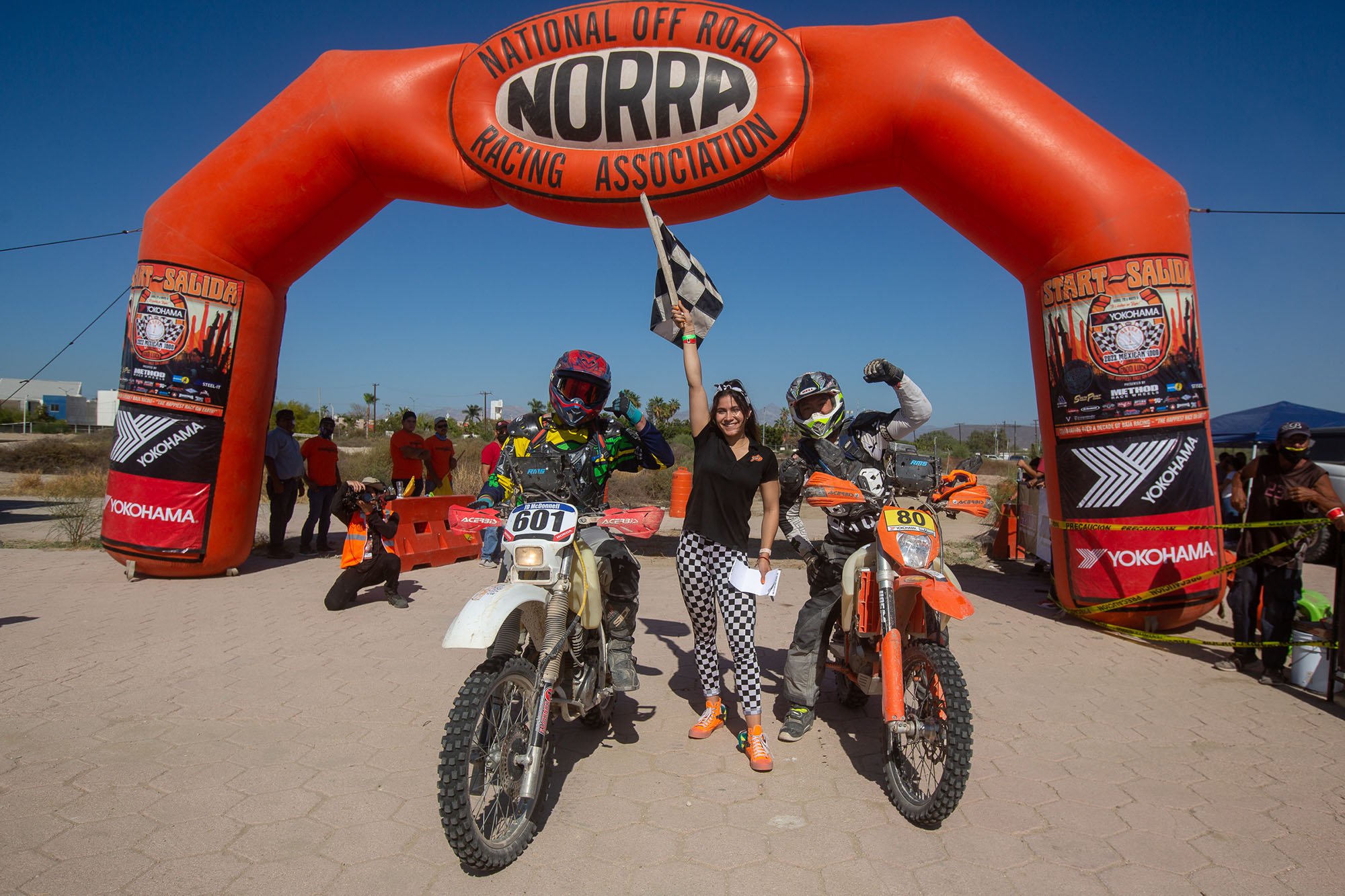 The cars course was 181 miles (28 on pavement) which meant if they wanted to make up time, they had to hurry. The Riviera truck with Jesse Jones at the wheel started third, but was first on the road at race mile 175. Jones was the third driver of the iconic truck that was originally built by Robby Gordon back in the 1990’s. Rebuilt and freshened up over the many years, it must make Robby proud to see it at the front of the pack, leading much newer trucks, and buggies. They are second overall to Steve Menzies who is running a steady, smart race, and having lots of fun. Early leader, and defending champion Rhys Millen is third overall, and incredibly Wayne Matlock is holding down fourth overall in his Polaris RZR Pro R. 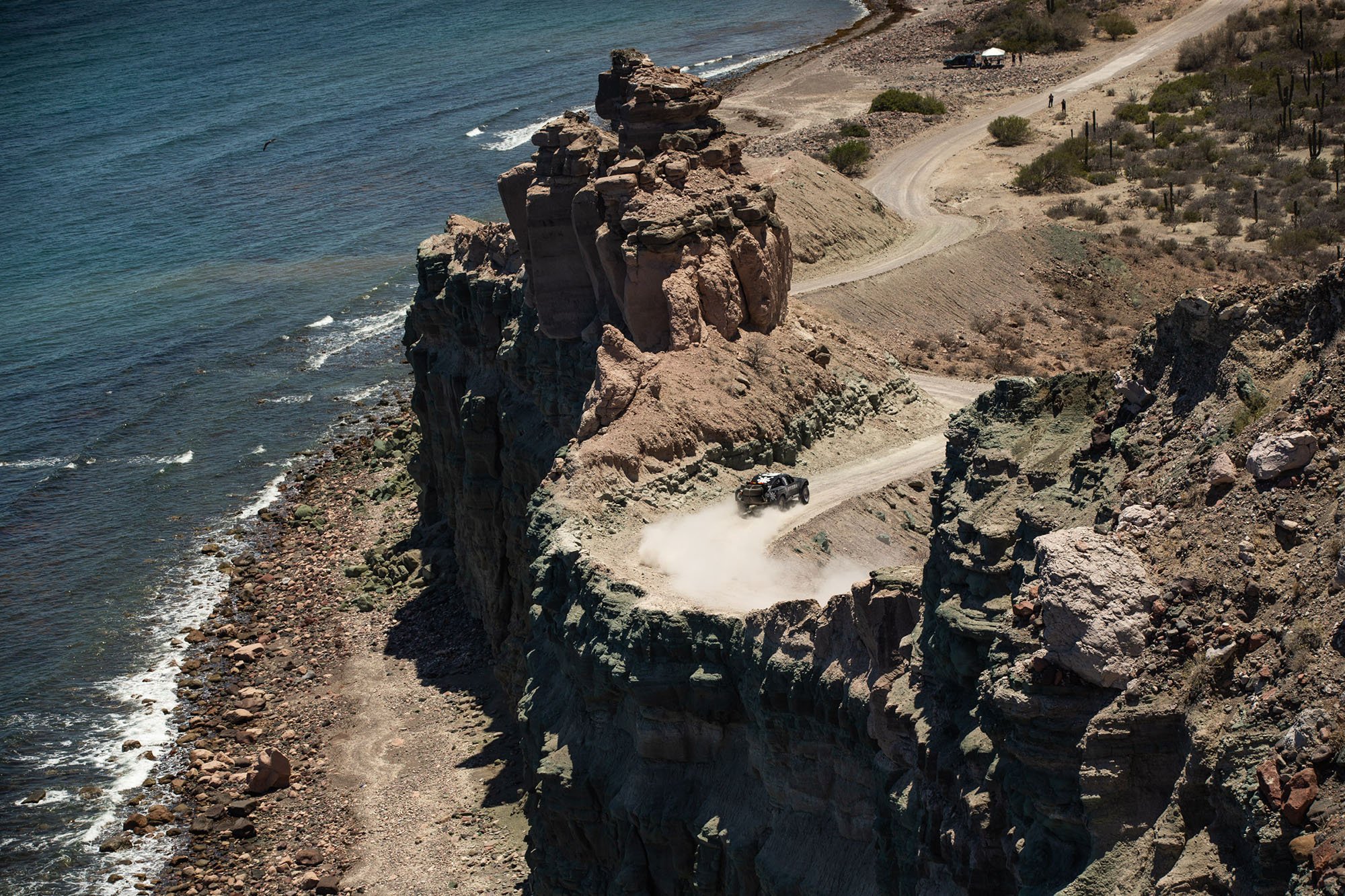 Wayne is holding off several V8 powered unlimited buggies and trucks. He’s not the only Matlock making good time. Kristen had a couple rough days but is charging through the pack when it matters the most. She has moved way up in the overall standings, and sits in Fourth place in the Evolution open UTV class. Wayne leads, followed by the Casey Currie, and his Dad Ray; both in new cars.

“Day 1 and Day 2 didn’t go as well as I had planned,” said Kristen. “But the great part about this event is that it’s not over until after 5 days of racing! As we wrapped up Day 4 today, I’m very excited to have unofficially set the fastest time in the UTVs during the 168 mile special. This will give me a great starting position in the morning as we take off to San Jose Del Cabo on the 5th and final day of racing!” 47 UTVs are in the field, and they make up the largest class. There are 24 in the evolution stock turbo UTV class which is currently led by Kyle Vestermark. Other leaders are Aaron Windes in Evolution Stock UTV, Allen Alexander in Evolution Modified UTV, and RJ Anderson in Evolution Modified Turbo UTV (7th overall). Our Grand Marshal PJ Jones is running ninth overall and second to RJ Anderson in the Evolution Modified Turbo UTV class. The UTVs are showing what they are capable of. 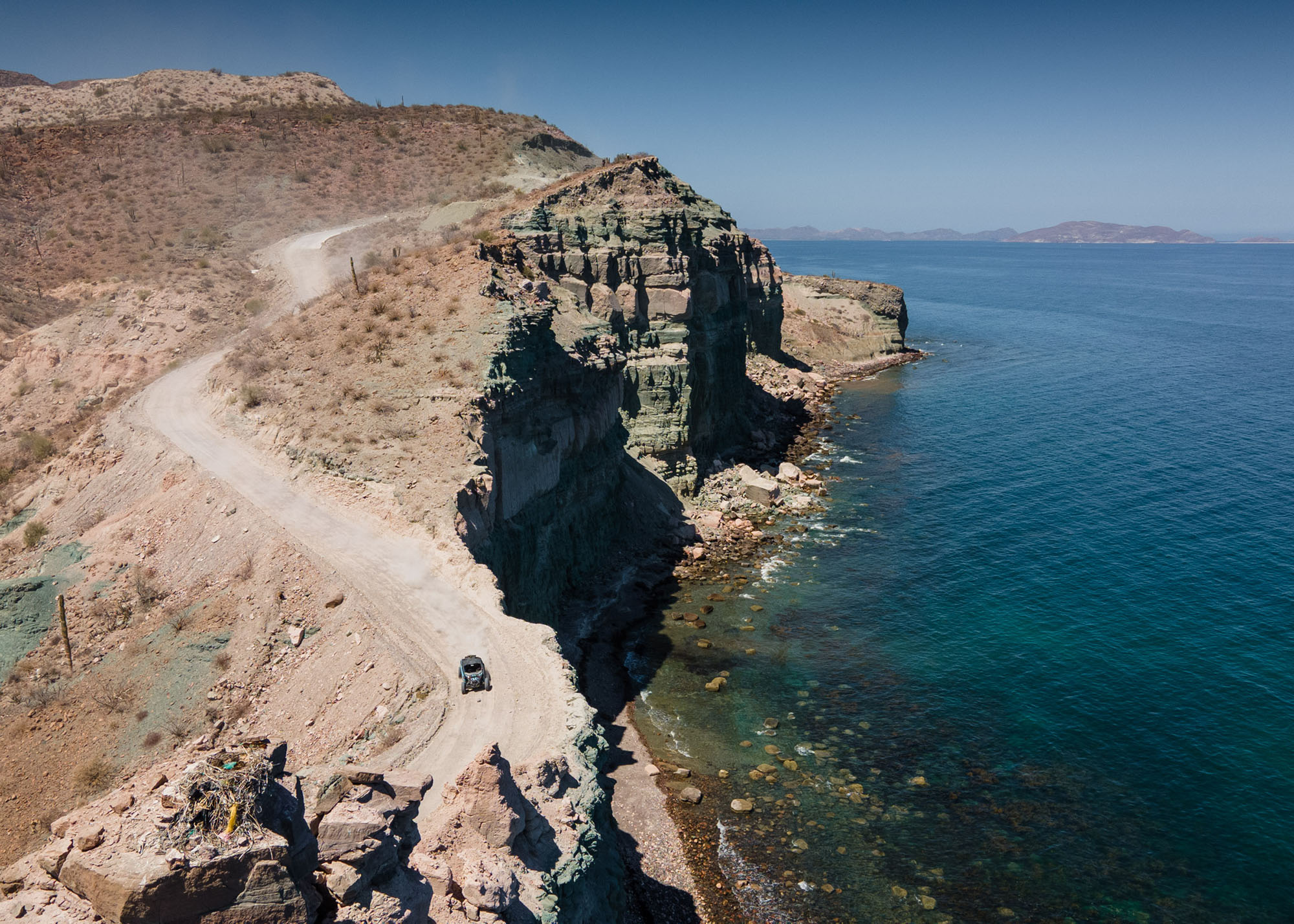 The wear and tear is starting to show on the cars, and the competitors. Tomorrow will be a tough day because of it. San Jose Del Cabo is so close, but so far away. Baja Ted and the 1989 Toyota Pickup are still chugging along. “I started the first special with Ryan co-driving,” says Ted. “I hit a rock I never saw and got a right front flat at the end of the wash leaving town. We got back running quickly, and then went on a mission, passing several cars and finishing our stage first in class. We looked over the truck in Insurgentes, where Kevin got in the driver seat with Chris navigating. They got off to a great start, but about 50 miles in hit another rock and got a rear flat. This is where the tough day started; two lug nuts seized on the studs and refused to come off. Eventually a local with a generator and an angle grinder helped cut the studs and nuts off. Upon getting back into the car they got stuck in a deep silt bed a mile later. It took a while to get out, and in that time the #218 Explorer got by. They are still out on course finishing the stage, and are expected here at the finish line in La Paz shortly. We are hoping that the lead we built up in days 1-3 plus the time we gained in the first special will help us hold onto our lead going into the final day of racing to Cabo tomorrow.”

Our friends Yeti and Yolo are also nursing their Ford Ranger in the Rapido Safari class. Remember, Yeti threw this thing together in a matter of days. After taking the start in the morning, they drove straight to Autozone. “Things I admire,” says Yeti, “are the kindness of the locals, NORRA staff, and my fellow competitors. I’m hoping to conserve my truck so I can make it to the party I’ve heard so much about in Cabo.” 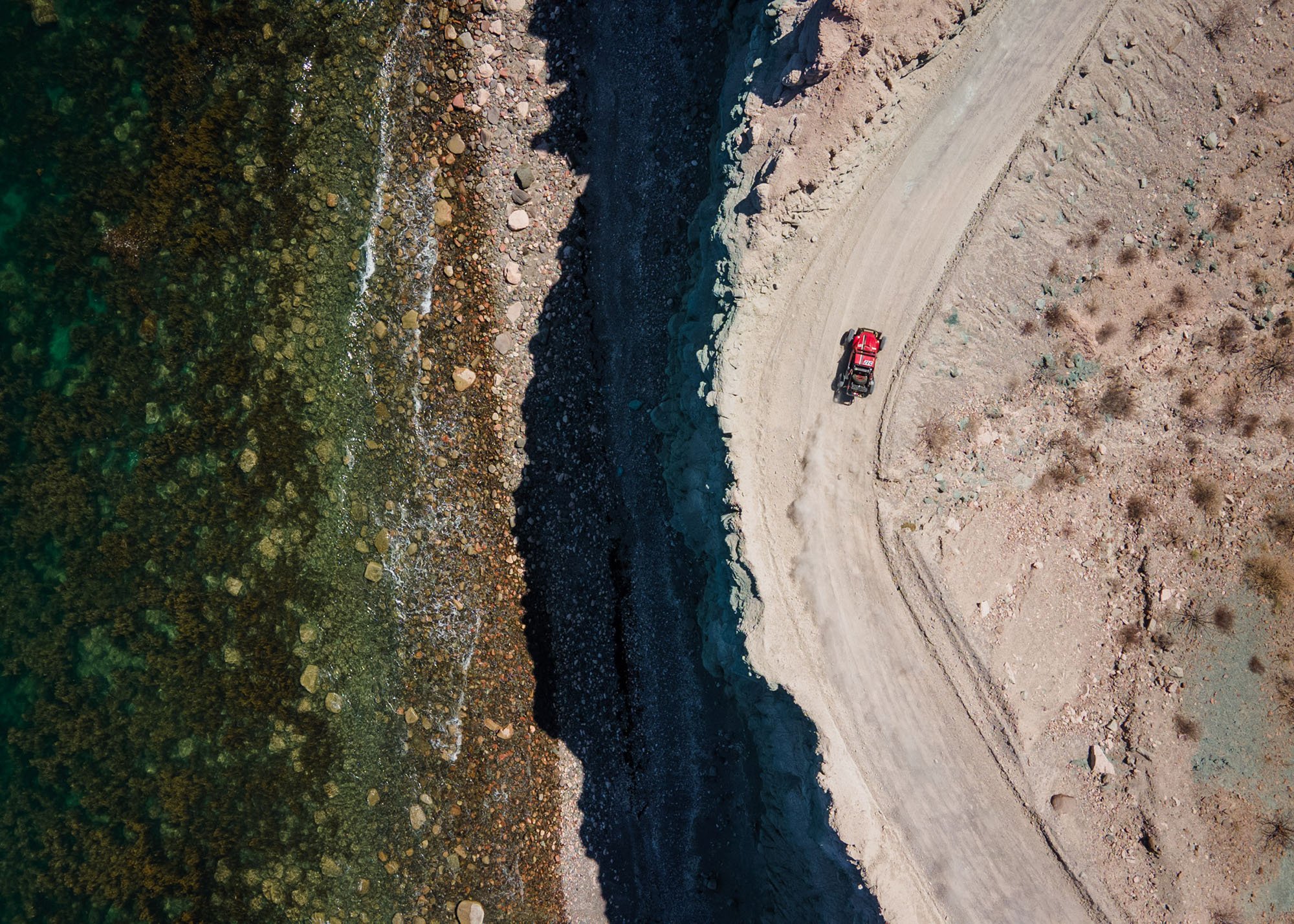 Tomorrow will be a very pivotal day. Some will take it easy, but for others it will be now or never. Everyone at this point has formed strong bonds with each other. They will all be working together to get everyone to the finish line where the celebrations will begin. 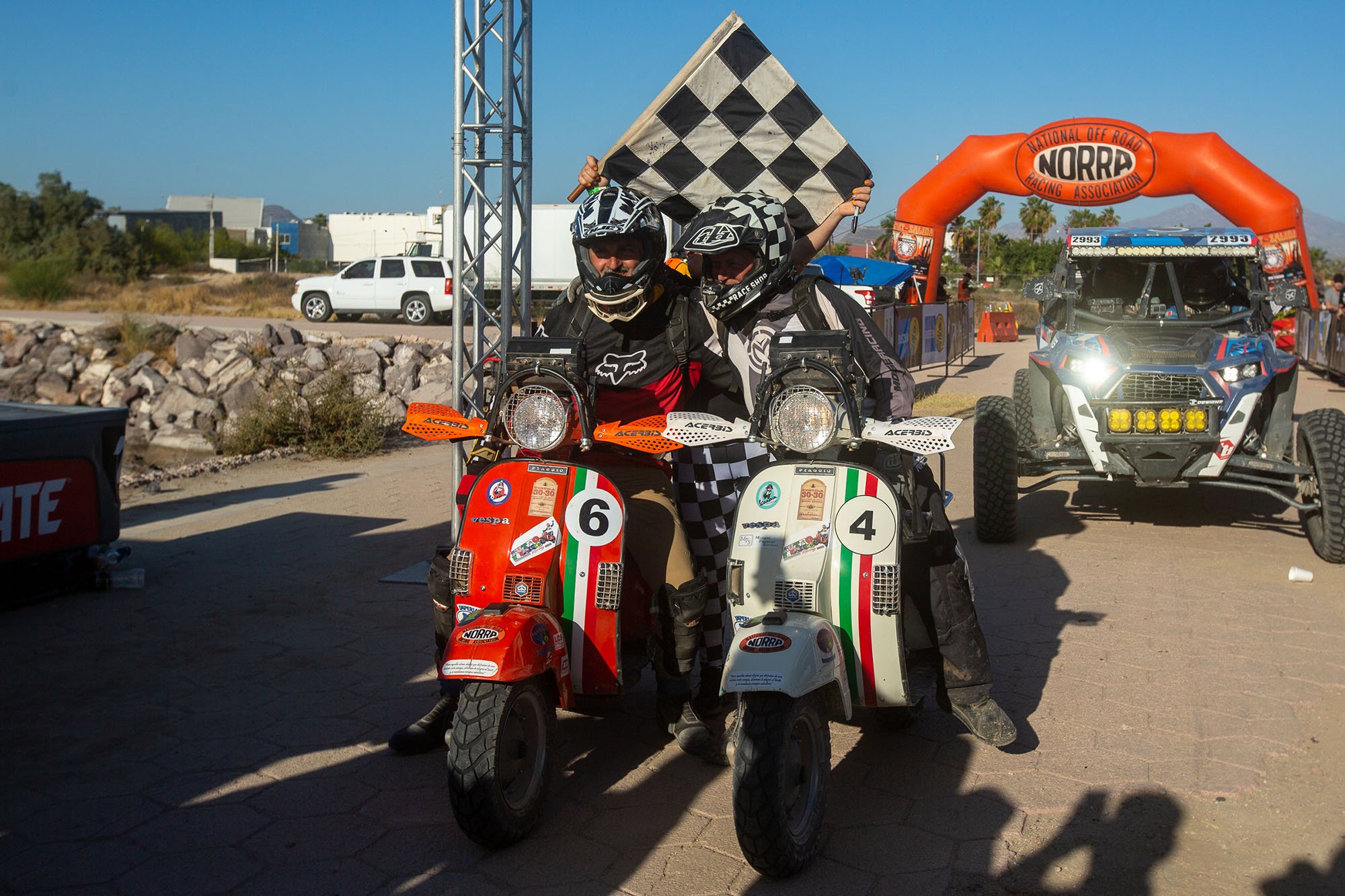