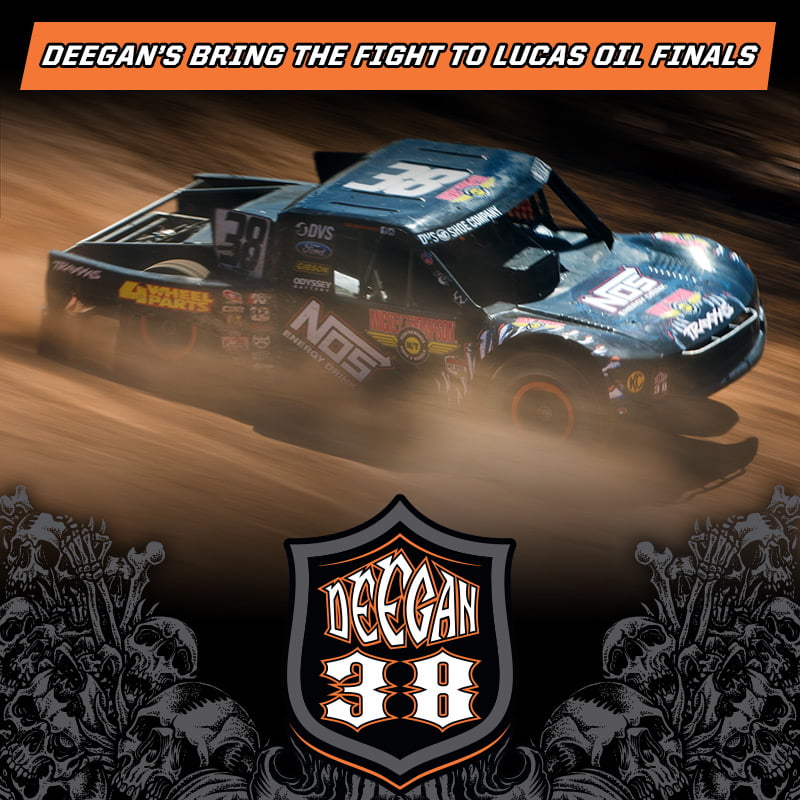 Chandler, AZ
Despite running a limited schedule in The Lucas Oil Off Road Racing Series (LOORRS) in 2016, Brian Deegan was still able to accomplish impressive results. He was on the podium 7 times including an exhilarating win for his home track fans at Lake Elsinore in round 14. With a four round deficit due to his participation in the Global RallyCross series, he finished in the top ten in Pro-2 points. He was also able to earn his most rewarding championship to date; his daughter Hailie’s Mod Kart championship. Deegan and his crew were busy this season getting their new NOS Energy Drink / Mickey Thompson Tires / Ford Raptor sorted out, but Dad made time to help Hailie pick up her first LOORRS championship. It’s exciting to see the foundation of his NOS team making progress and a young driver earn the first of her undoubtedly many, championship titles. 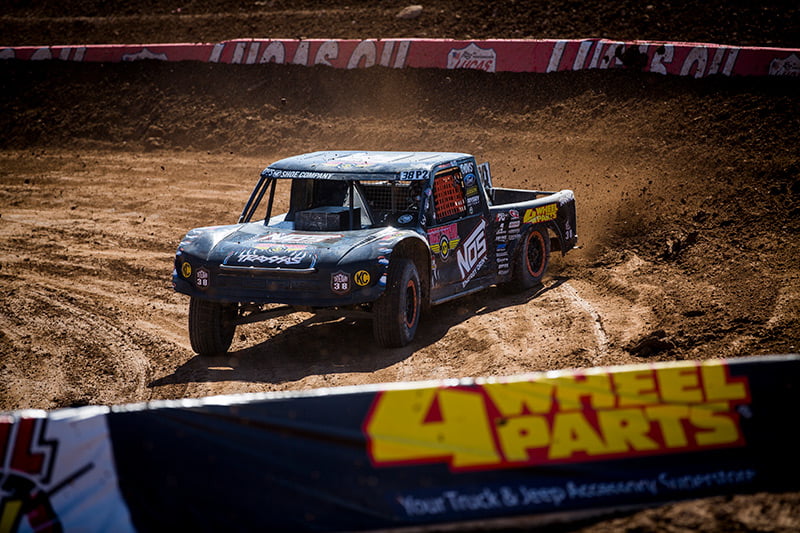 The NOS Ford Raptor was quick from the minute they unloaded for round 15. Deegan was fastest in practice session one and earned the number one spot during qualifying. The draw for inversion bumped him off the front row but he was up running in third after the first lap of the race. When the checkered flag flew he had finished in 4th place. During the Cup race the following day, he unfortunately had to pull off the track when his engine temperatures got into the red zone.

Hailie’s points lead meant that she started her race on the front row. While others in the field paid the price for desperate moves, she bided her time in her NOS Energy Drink / Traxxas Mod Kart. On lap 9, she saw her opening and made her move for the lead. 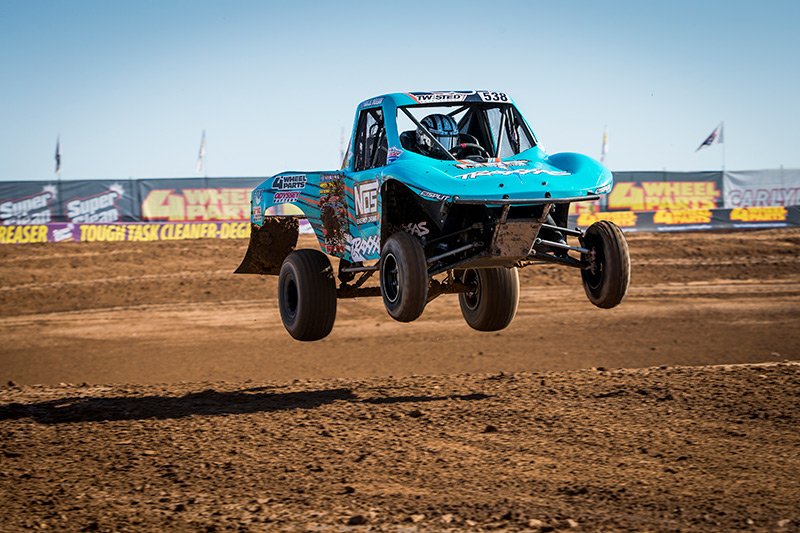 She held her position to the finish picking up the race win, her fourth this season, and the 2016 Mod Kart Championship. 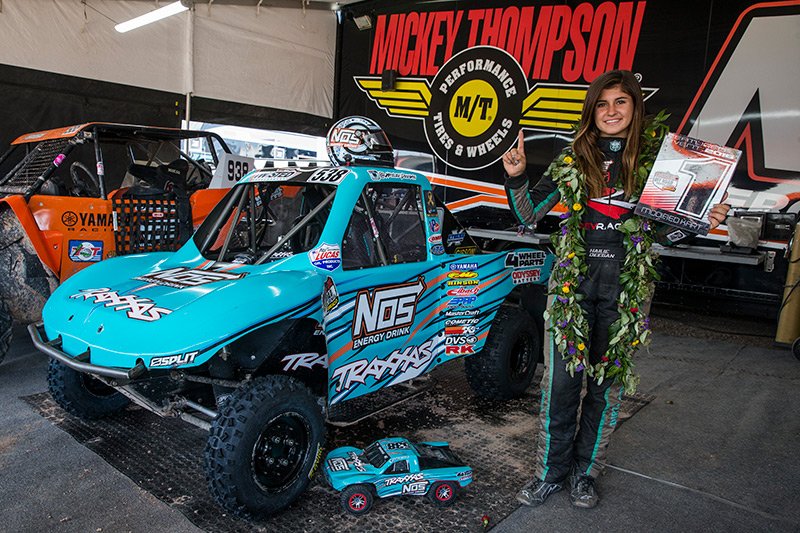 “We had a great season for NOS Energy,” said Brian Deegan, “We got faster every race and we’re really excited about next season. I couldn’t be any prouder of Hailie; she has worked so hard all year long to accomplish her goal of winning the championship. 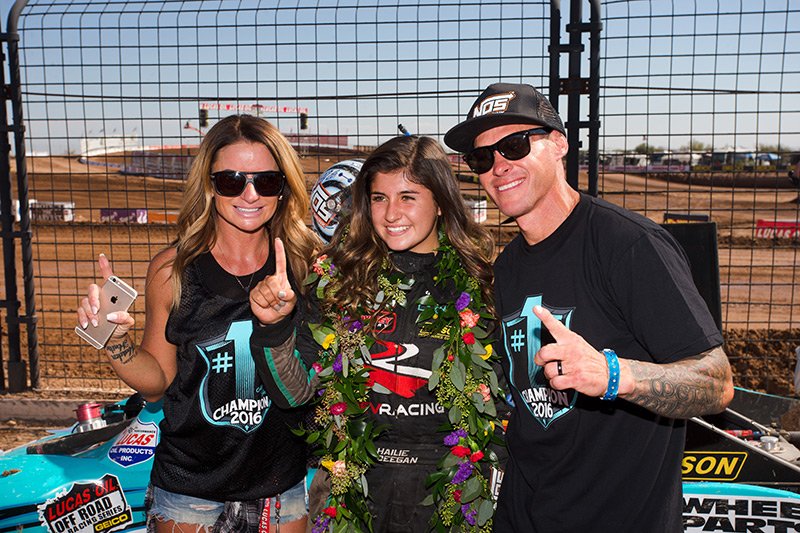