Championship Off-Road Racing returned to Lena, WI this past weekend to race at Dirt City Motorplex for Rounds 7 and 8 of their series. 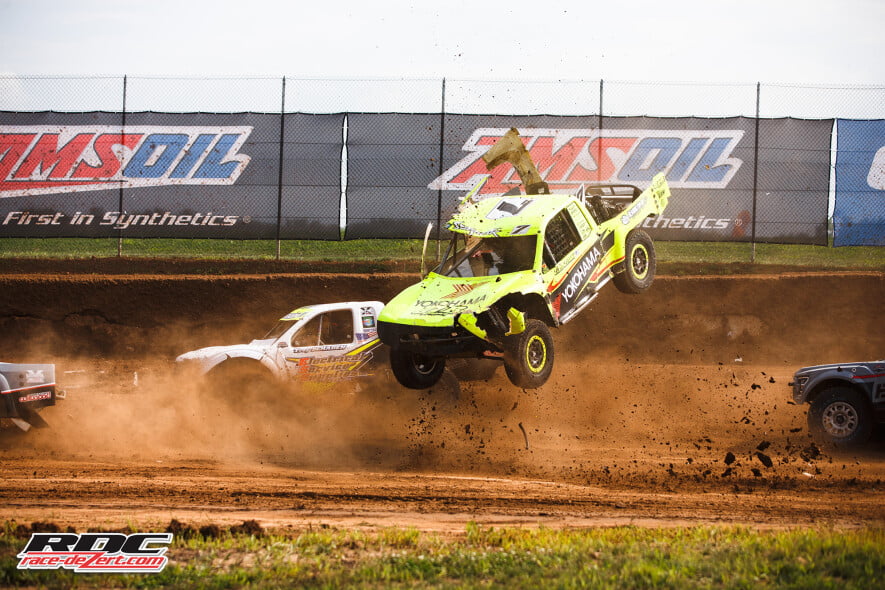 Dirt City Motorplex is a smaller and much tighter track compared to a Crandon or Bark River and it shows in the racing action with fiberglass paying the price. While racers may not like the tight passing it translates to some great action for the fans. 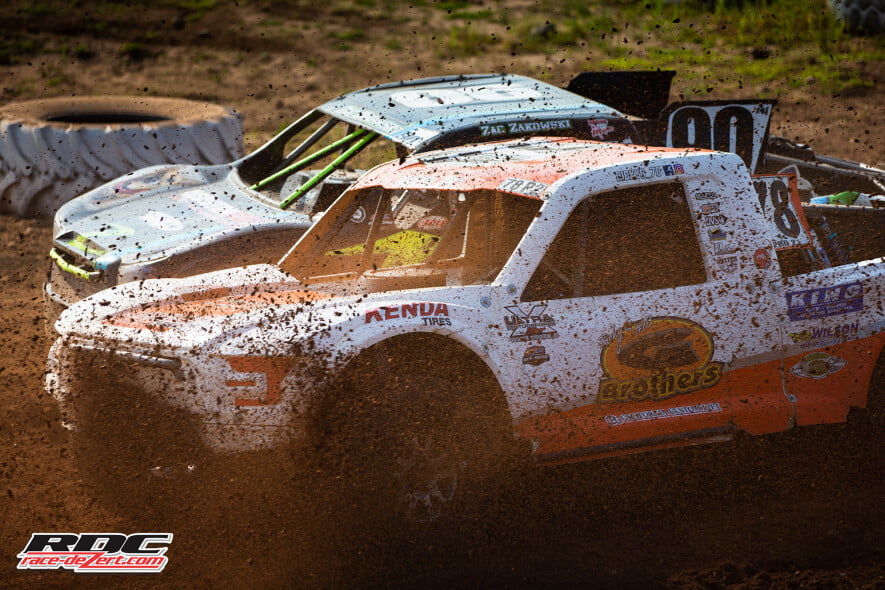 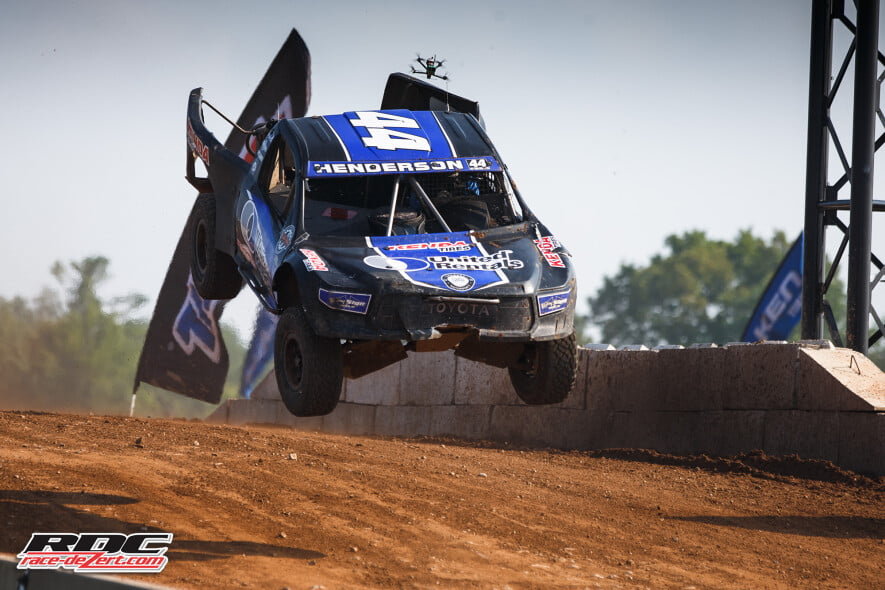 The week prior to racing the forecast called for a chance of thunderstorms for Saturday and as we got closer to the afternoon races it looked as though we’d dodge a bullet with the storm missing the track. Mother Nature can have a sense of humor at times and just after opening ceremonies and the Pro Stock SXS’s were on the track the sky darkened and rain began to fall. 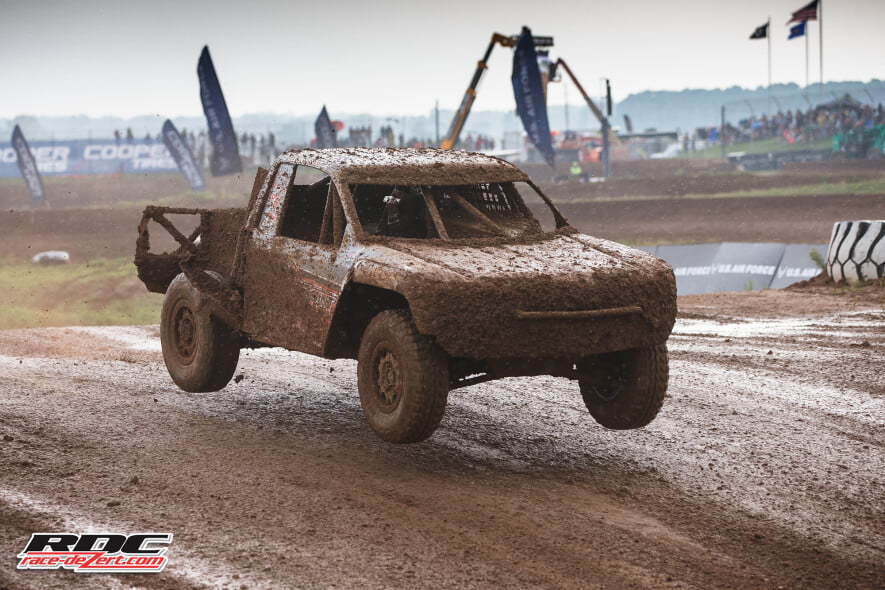 The quick downpour lasted for most of the race but stopped before the Prolites would hit the track and once again we thought we were clear but more rain would come down during their race. After a short delay the Pro Mod SXS would go on the track that was covered in mud but by the time their race was over the racing line was in pretty good condition. 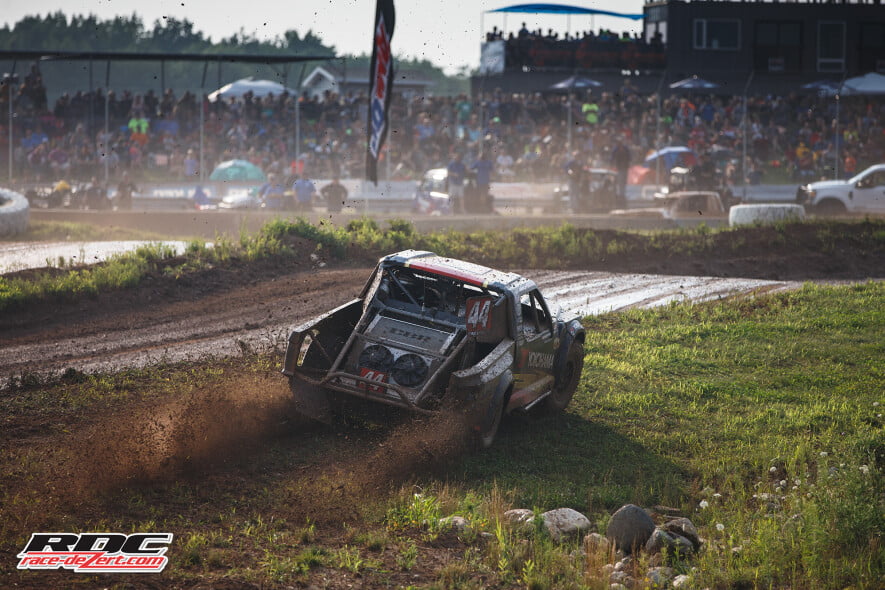 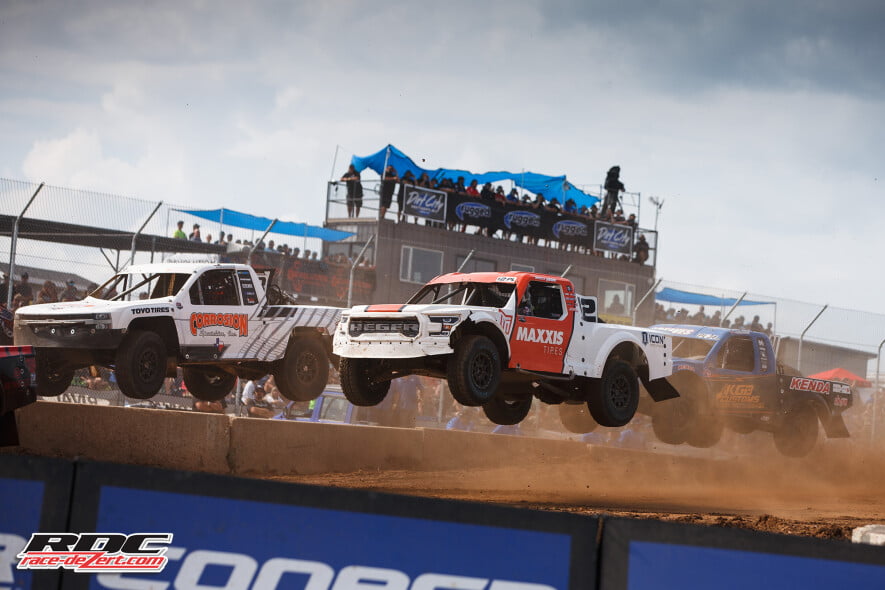 Before the Pro 2’s got on the course the decision was made to postpone Pro 2 and Pro 4 until the next morning due to a majority vote by the drivers to hold off. The reason being was with such a tight track and the conditions of the dirt outside the small racing line, it wouldn’t produce good racing for the rans with a high risk of the vehicles being damaged. Why some people in attendance were frustrated with the decision in the end is was the right call to make. 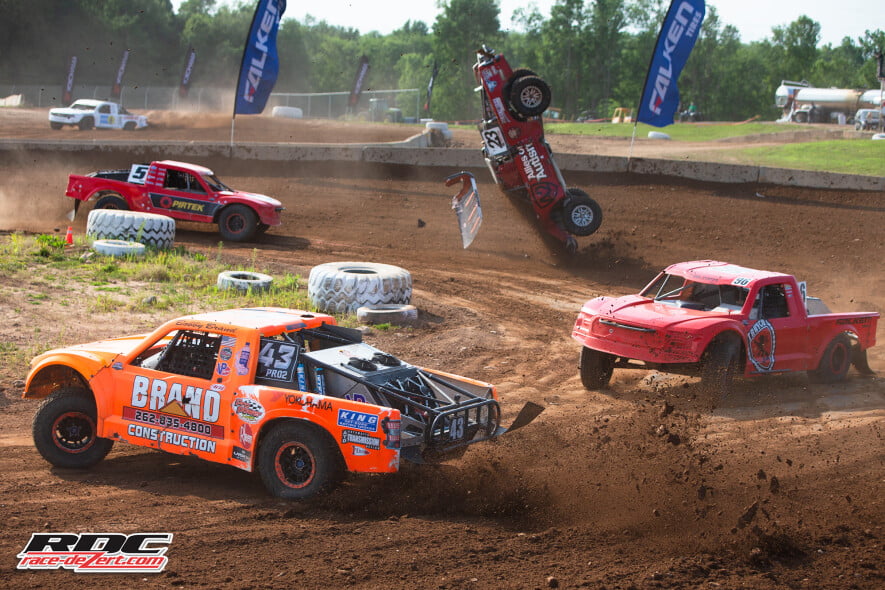 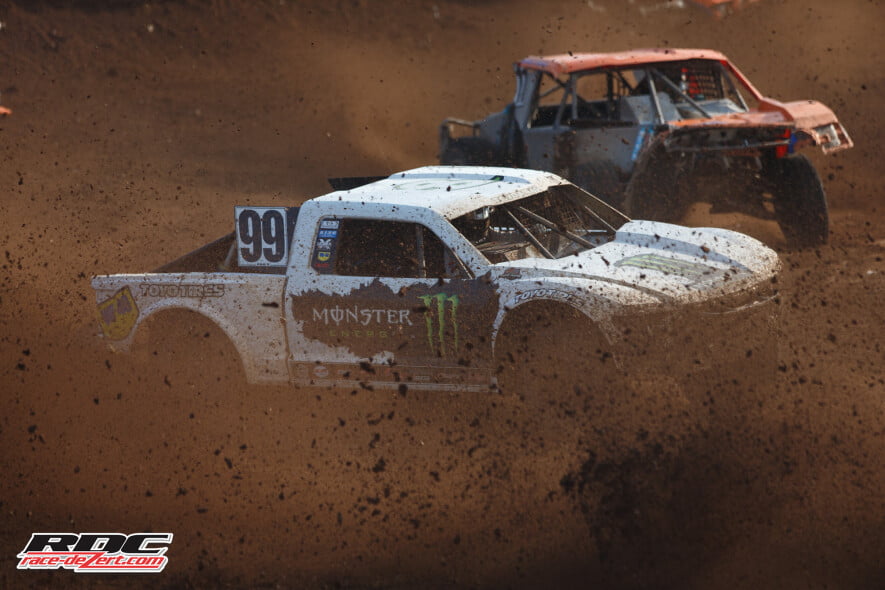 Sunday morning the conditions on track were great with no more rain in sight and the volunteer track crew working their magic on the dirt. Pro 2 started off the day followed by Pro 4 so they could turn their trucks around for the final two races of the day. 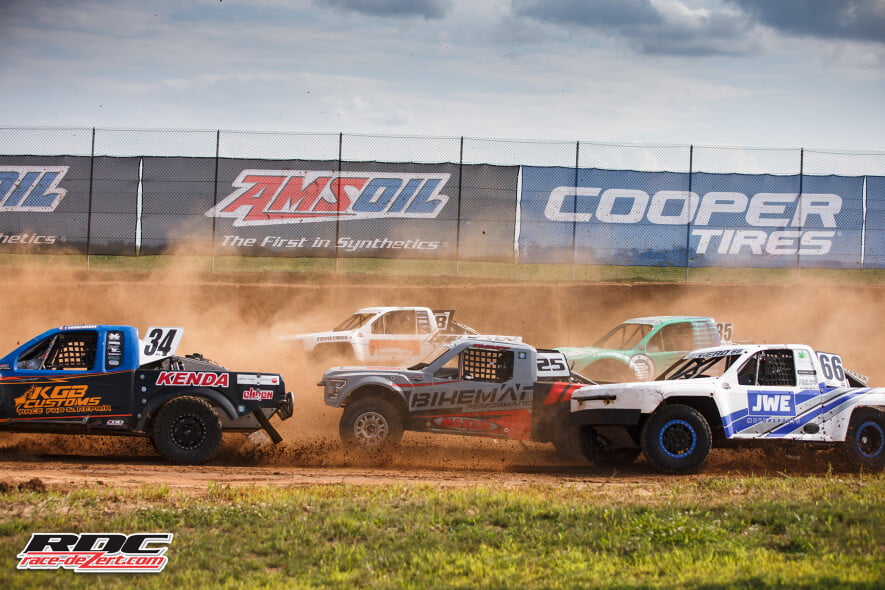 With the Pro 2 and Pro 4 double header nineteen total races were put on Sunday and COR did a great job and getting everything in. This year COR changed their formats from total laps to timed races which helps keep everything on track….literally. 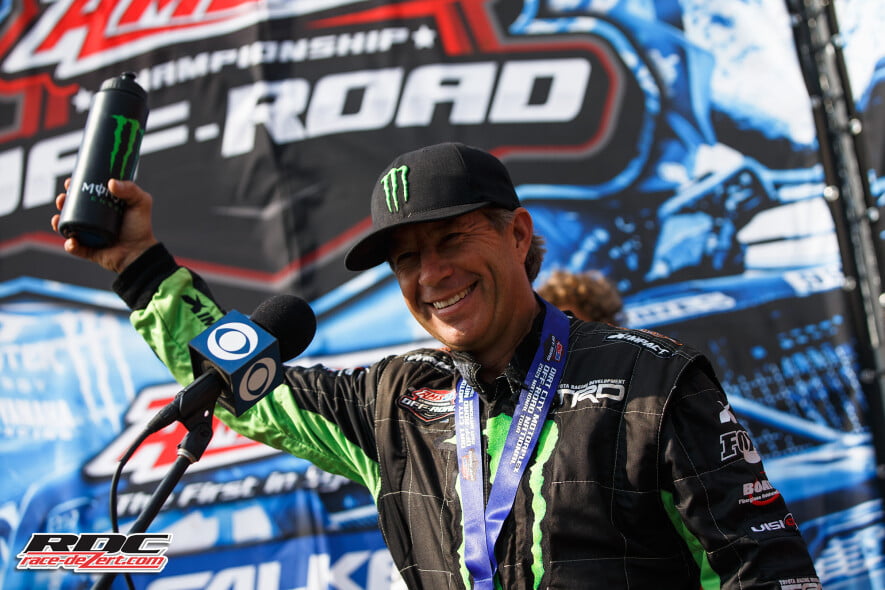 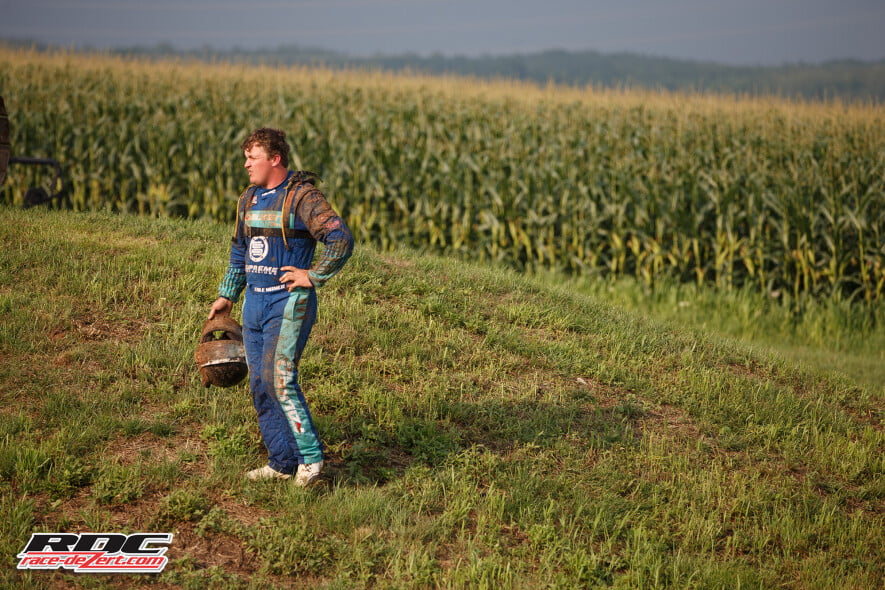 Overall the weekend out in Lena had some great racing and being the second half of the season points battles are starting to heat up in all classes making the final two race weekend ever so important. 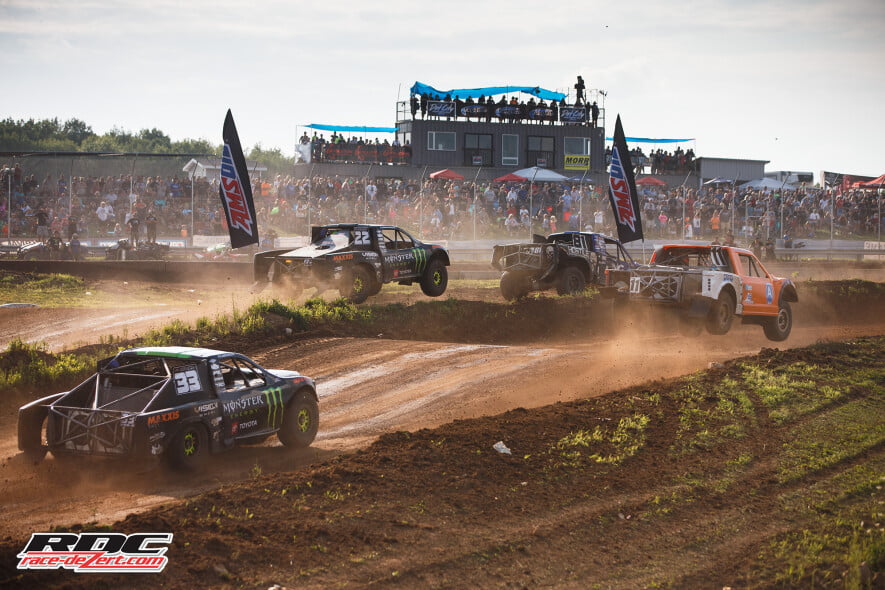 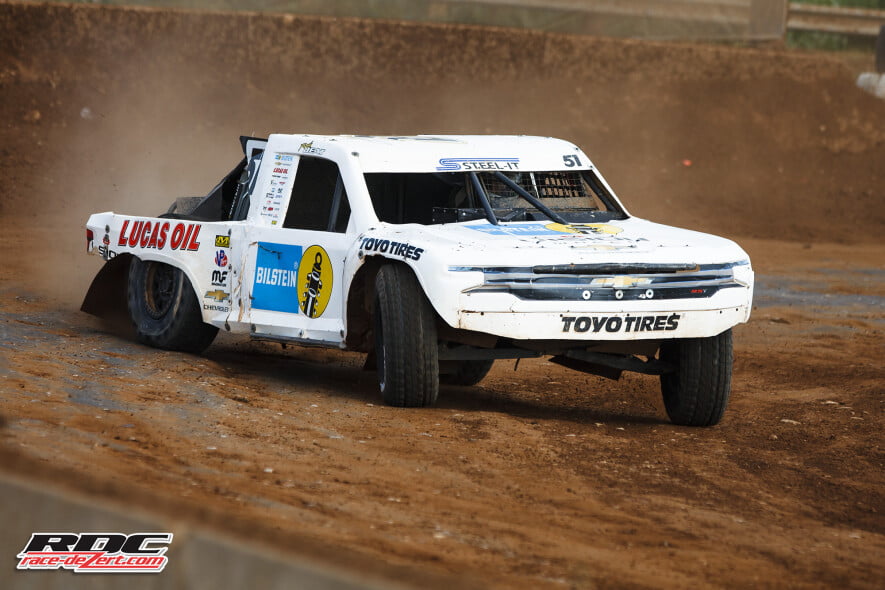 Here are a few quick highlights from the weekend! To look at the full results from the races check out the COR website:

-Johnny Greaves won his 100th Pro 4 race Sunday morning giving him 123 professional wins.
-Kyle Leduc won Round 8 in Pro 4 decreasing the points lead of CJ Greaves.
-In Pro Stock SXS Brock Heger moved into first in points over CJ after a win on Sunday.
-With a rocky track many teams suffered flats throughout the weekend, Pro 2 qualifying had about a third of the class suffer flats.
-Ryan Beat maintained his points lead in Pro 2 after winning on Sunday
-Cole Mamer had a tough weekend breaking on the first lap in Prolite on Saturday due to the mud, and while leading most of the race Sunday suffered a mechanical issue on the second to last lap.
-The best weekend went to Brock Heger who extended his Prolite points lead with two wins as well as winning Round 8 in Pro Stock and a podium in Round 7.
-Doug Mittag had a great race going in Pro 4 holding off Kyle Leduc and CJ Greaves but on the last lap had a drivetrain issue.
-Pro 2 has had five different winners in the last eight rounds.