CORONA, Calif. (October 18, 2019) – After eight rounds of thrilling, door banging competition the time has come for champions to be crowned in the 2019 Lucas Oil Off Road Racing Series Presented by GEICO. Arizona’s “Valley of the Sun” will serve as the site of the highly anticipated season finale, with a second visit to Chandler’s Wild Horse Pass Motorsports Park on Saturday, October 26. The most action-packed afternoon on the calendar awaits at the GEICO Off Road Championship Presented by General Tire, where the tension-packed ninth and final round will kick things off, officially deciding which drivers will be crowned champion across all nine divisions. As if that wasn’t enough, prize money and bragging rights will be on the line for the annual Lucas Oil Challenge Cup, where drivers will leave it all on the track during this special showcase of short-course off-road supremacy. 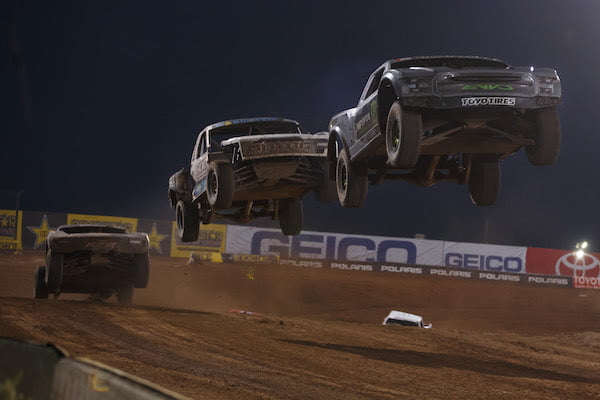 In recent years, the prominence of off road racing in Arizona has risen dramatically, from which the likes of established stars like reigning Turbo UTV Champion Corry Weller and future stars like Mod Kart point leader Mason Prater have helped elevate the talent pool of drivers coming out of the Grand Canyon State. The conclusion of the 2019 season marks the fourth straight year that Wild Horse Pass Motorsports Park has hosted the finale, which has evolved into a tradition in the desert and a celebrated way to close out each championship.

Weller and Prater are two of the nine drivers who will look to control their own destiny heading into the GEICO Off Road Championship, each hoping to maintain their point lead in order to claim one of short course off road’s premier titles. Earlier this season during the series’ first visit to Chandler in April, both Weller and Prater grabbed wins for their respective classes in front of the hometown crowd. Additionally, current point leaders Kyle LeDuc (Pro 4) and Robert Stout (Production 1000 UTV) return to Wild Horse Pass as defending April winners, giving all four of these drivers an added boost of confidence heading into the final points paying race of the year. 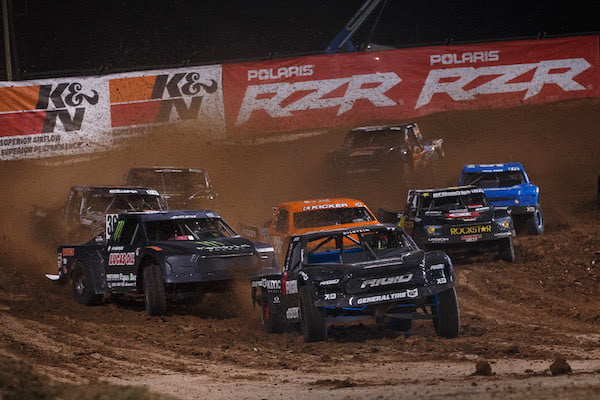 A tight Pro 2 championship is down to the wire, led by Rodrigo Ampudia and Jerett Brooks.
Photo: Lucas Oil Off Road Racing Series

An exceptionally competitive doubleheader at the previous round of the championship mere weeks ago showed how unpredictable the battle for victory will be across all nine classes. The talent level in every division is deeper than ever before, which means every title fight is far from being decided. It sets the stage for what will arguably the most exciting afternoon of the season, further amplified by the all out battles that will unfold during the Lucas Oil Challenge Cup.

The Pro 2 class saw former champion Jeremy McGrath steal the spotlight at the previous round, which added another layer of complexity in the championship hunt. Thanks to a consistent second half of the season, Rodrigo Ampudia has put himself in a position to win his first career title. The veteran racer brings a slim five point lead over Jerett Brooks into the final round, while a total of five drivers, including defending champion Rob MacCachren, still carry a mathematical shot at the division crown.

In Pro 4, LeDuc put an even tighter grasp on his hold of the championship lead and now enjoys a comfortable 26 point lead over defending champion RJ Anderson. Given how strong he’s been all season, LeDuc looks poised to capture an unprecedented fifth Pro 4 title in six years, but Anderson and Doug Mittag, both past winners this season, will pull out all the stops to end the year on a high note.

In Pro Lite, Ryan Beat will look to become the second straight driver to win back-to-back titles in what is perhaps the most competitive division in the Lucas Oil Off Road Racing Series. Beat has managed to fend off a stiff challenge by the tandem of Brock Heger and Mickey Thomas, and it’s resulted in 11 points of separation between the trio heading into Chandler. A total of six drivers still have a mathematical shot at the title, and it bodes well to this being the most exciting Pro Lite race of the season.

A total of 10 points or less separate the point leader from his or her closest rival in four other classes, while Weller enjoys just an 11 point advantage over her primary challenger. There are close battles across the board, which means every driver comes into Wild Horse Pass with more work to do. That only serves to benefit the thousands of fans that will fill the grandstands that afternoon. 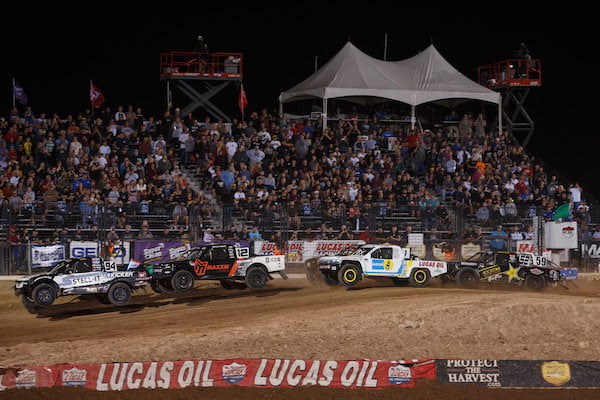 As an added incentive for fans that make the trip out to the GEICO Off Road Championship, the first 500 attendees to walk through the gates at Wild Horse Pass Motorsports Park will receive a free GEICO t-shirt.

With its one-of-a-kind brand of high flying competition where contact is encouraged, the Lucas Oil Off Road Racing Series has thrilled thousands of racing fans throughout the 2019 season. However, none of it would be possible without the support of the series sponsors, which have served arguably the most important role in the championship. Significant support has come from General Tire, GEICO and Rockstar Energy, who have been invaluable partners to the series, while K&N Filters, OPTIMA Batteries, Super Clean, Toyota, MAXXIS, Polaris, STEEL-IT, Mickey Thompson, Falken, Yamaha, and GoPro have all played an integral role in making each event a success. Additionally, AiM Sports, BF Goodrich, Holmatro, IMPACT, iRacing, QTAC, Rhino USA, Rugged Radiosand Toyo Tires have been tremendous assets to the world’s premier short course off road racing series. Collectively, the Lucas Oil Off Road Racing Series would not be able to achieve the level of success it does without the support of these sponsors, and the contributions from each of these companies has helped provide a truly memorable season of action.

A big thank you to all of our 2019 Lucas Oil Off Road Racing Series sponsors: Tickets for the Lucas Oil Off Road Racing Series are available at http://www.lucasoiloffroad.com.

Live, exclusive streaming coverage of the GEICO Off Road Championship will be showcased on Saturday to yearly subscribers of Lucas Oil Racing TV. Coverage of both Round 9 and the Challenge Cup will kick off at 12:30 p.m. PT / 3:30 p.m. ET. For more information on Lucas Oil Racing TV, and for details on how to subscribe, please visit LucasOilRacingTV.com.