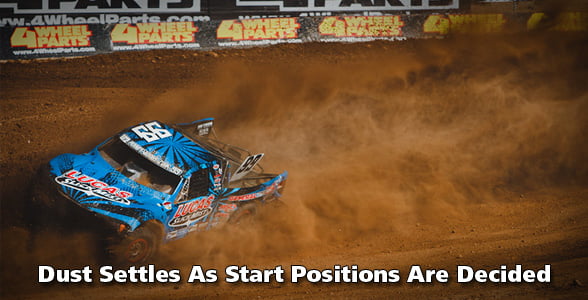 Today marked the final qualifying session of the 2012 Lucas Oil Offroad Racing Series. While the general layout of the track is the same, the LOORRS crew added some minor changes to help promote passing and increase the action for the final race weekend of the year. A windy dusty track proved to be a challenge for the racers as track conditions worsened as each lap went by. Tomorrow championships will be decided in all classes except for Prolite, where RJ Anderson sealed his championship in Las Vegas. The closest battle comes in the Pro 2 class with Brian Deegan, Marty Hart, and Rob MacCachren all within striking distance.