Today marked the beginning of the year for car and truck races here in the states as the Legacy Racing Association held qualifying for their 4WP Desert Showdown in Pahrump Nevada. 29 vehicles came out this morning in four classes, Unlimited Trucks, Class 1, UTV Turbo, and the biggest class of the race 6100 who had 18 trucks qualify. In the Unlimited Trucks Eric Hustead set the pace with a time of 3 Minutes and 49 Seconds beating out Jake Johnson in his Class 1 by just over 5 seconds. Kevin McGillvray finished in third place with Jonathan Brenthel just a half second behind in Brenthel’s new AWD truck. 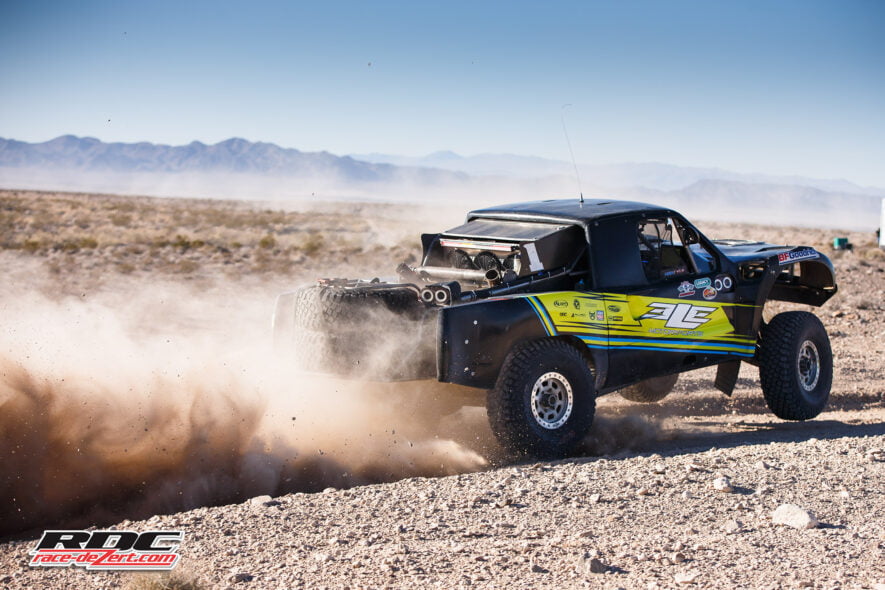 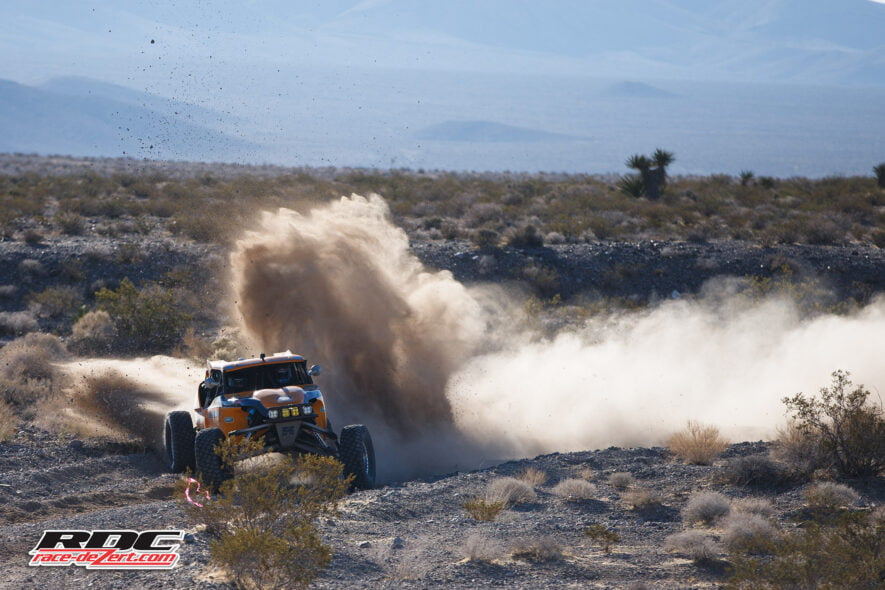 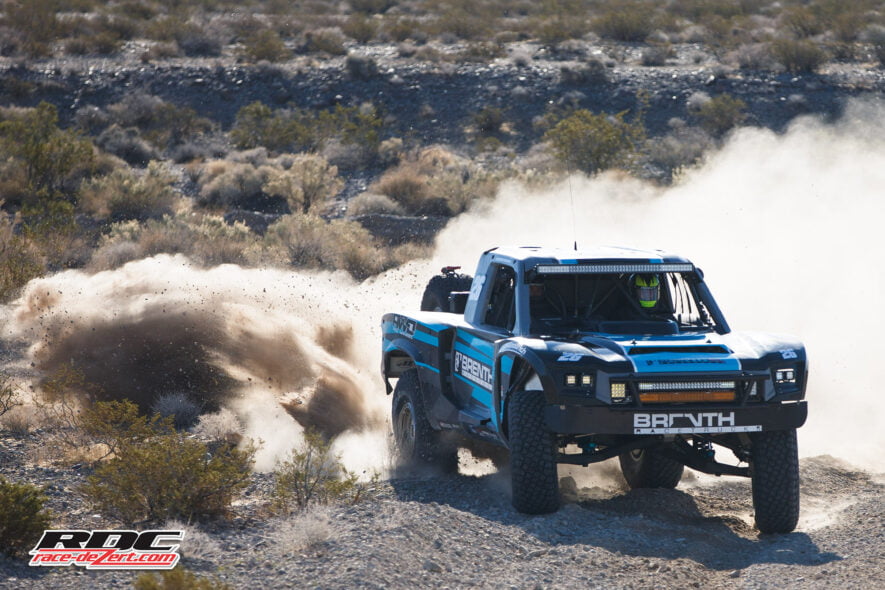 In the 6100 class it was a tight session with the top five only separated by 3 seconds. Brent Fox laid the fastest lap in class down with a time of 4 Minutes and 9 Seconds who beat Adam Householder by 1 second. Miles Miller finished in third place with Chasen Gaunt next and Mike Osborn rounding out the top 5. 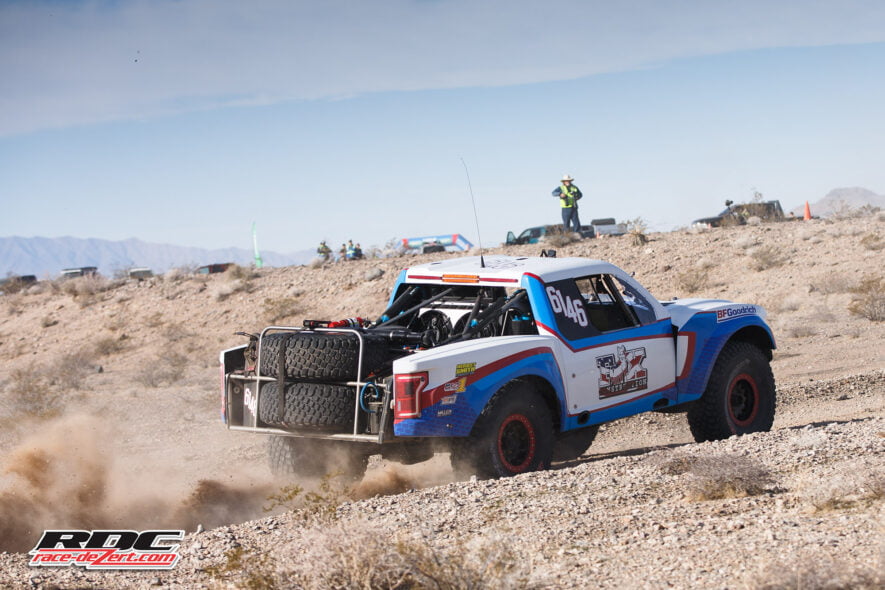 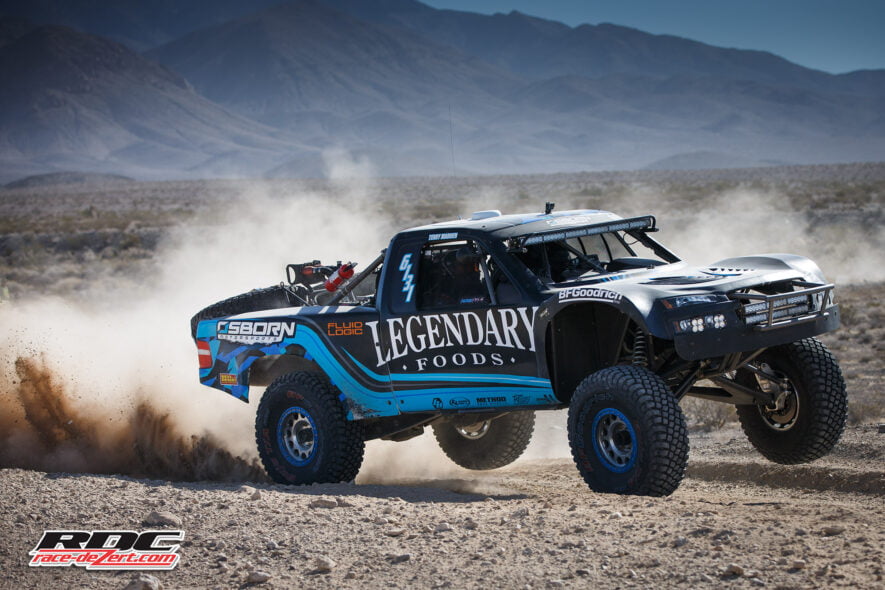 Turbo UTV which also has $100,000 on the line for the season saw Garrick Lastra finishing in 4 Minutes and 28 seconds beating out Kolton Hustead by 6 seconds. There was some carnage on course with Blaine Conrad (who bought Sam Berri’s 1 Car) and Travis Williams both rolling over at the “Terzo” Hit. Luckily both walked away unhurt.

Tomorrow is race day and with little wind in the forecast, starting with clean air will be a premium. 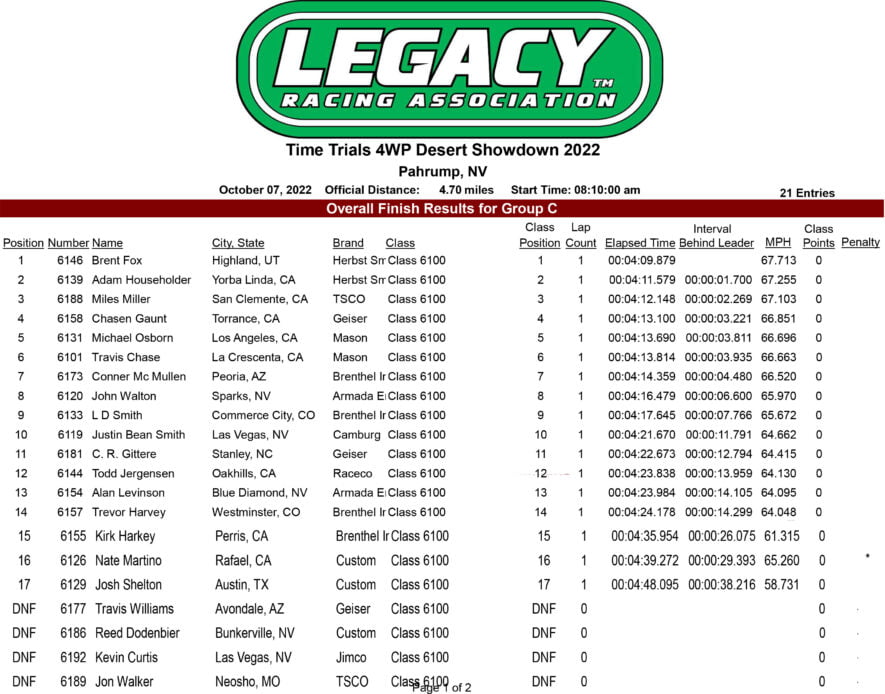 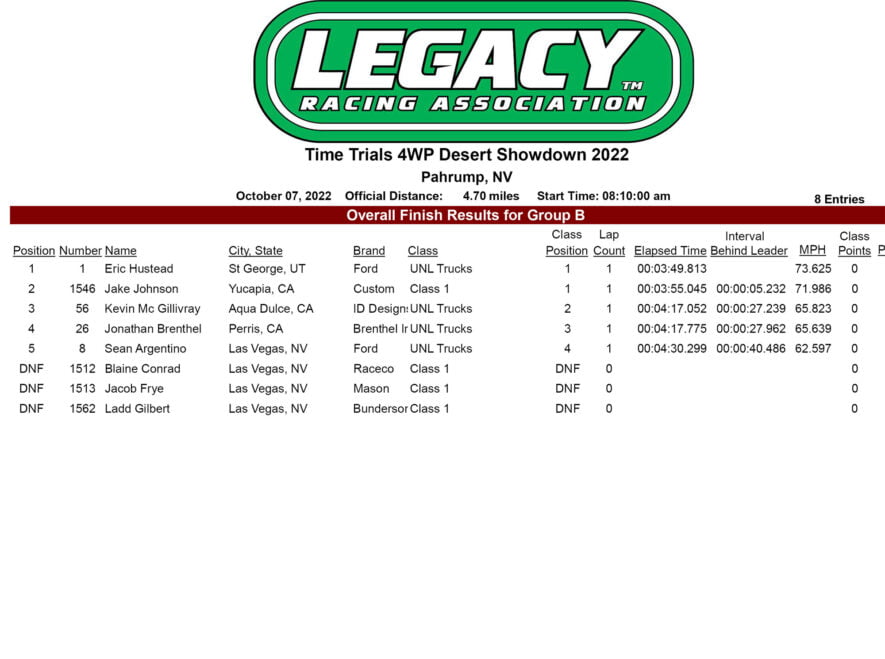 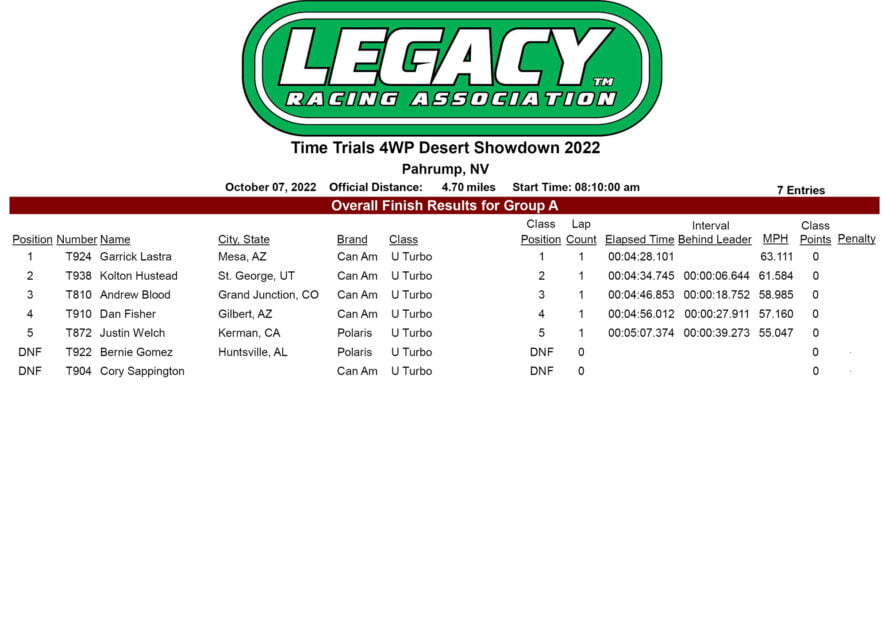 And the Brenthel AWD makes its debut!

Qualified 3rd. And they did that with Jonathan behind the wheel too!
Click to expand...

Can't wait to see Kyle behind the wheel!

LEGACY has live video but it won't play unless you watch it on Youtube so I deleted the separate thread I started. Here is the link.
dezertpeople.com
offroadaction.ca

Connor McMullen had issues and tore the front of the truck off. I bet it will take some time for him to get used to it. I am sure for him to feel comfortable in that truck he is driving way too fast. LOL

Adam Householder had a great run but looked like he got stuck behind some slower C1. It's not always best to start up front and behind the slower C1. Another reason the heavy metal should start the way they qualify. Have not looked at C1 qualifying compared to 6100 but I bet they were slower than the top 6100 guys.

So many variables in these races. Was interesting to see so many fast guys fell off early. Attrition matters.

We had a good hustle but the power steering pump started giving us issues and finally ripped off right there at RM 50.

And I forgot to turn the antenna power on so we lost our video signal right off the start line. With so much going through my head before a race, everything needs to be prepared prior. It did have 10MB/S upload speed across 3 modems which is sufficient for continuous feed.

Good times. Thanks Donald and everyone at Legacy.