Menu
Log in
Register
Chetek, WI (December 19, 2011)  – After several successful seasons competing in the TORC Sportsman Super Stock Truck division, Eric Ruppel moved up in class to the V8 powered PRO-Light division with the purchase of a brand new Jenkins Brothers chassis as he and team engineer/crew chief Kent Kramer assembled their first true all out short course off-road race truck. Even without a true title sponsor, Ruppel Motorsports went work creating the Ford Ranger thanks to the assistance of product sponsors and local area marketing partners from northwest Wisconsin. Even with a limited budget Eric competed in ten rounds of the fourteen rounds of racing, finishing in the top ten eight times, including a season high sixth place finish during Round 2 in Red Bud. 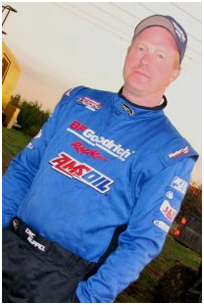 The TORC PRO-Light division typically had eighteen to twenty competitors take the green flag every race weekend and to finish in the top ten practically every time out was a great accomplishment for the rookie PRO competitor. As the 2012 TORC race schedule was released last week, Ruppel and Kramer are already making plans for their sophomore season in PRO-Light. The first order of business was to remove the yellow tape from the rear bumper and the yellow number plates, from the truck. The yellow markings indicated to all TORC competitors and fans that the PRO-Light #73 was a rookie in the PRO ranks.
This past season Ruppel had product support from McGunegill Engine

Performance, BFGoodrich Tires, Phil’s Inc., A &J Landscaping, Thompson-Nelson Insurance, Trailready, AMSOIL, King Shocks, and J & H Performance Transmission. For the team to compete every weekend with the elite drivers in the class, additional marketing partners are a must. Along with making a few improvements on the actual race truck, the search for marketing partners is the team’s highest off-season priority.
“Our first season in PRO-Light was a real learning experience,” noted Eric Ruppel. “We had a few teething issues with the new truck, but I was learning how to drive this new truck as well. Throughout the season I knew we were working a very limited budget, so I knew, in the back of my mind, that I better not tear the truck up too much. I really never found the limitations of the truck, but next season that won’t be the case.”
With the opening round of the 2012 TORC season scheduled for the end of April, Ruppel Motorsports is already preparing for the trip to San Antonio.
Happy Holidays!!