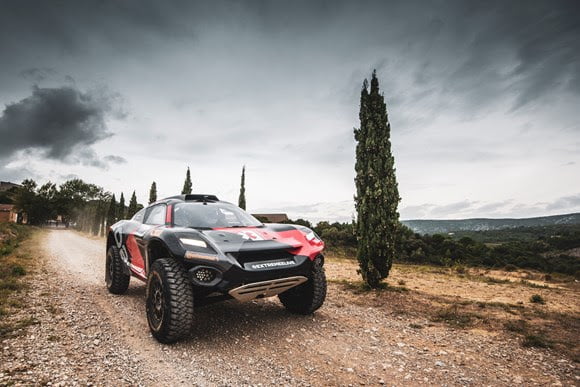 SPTV, which is based in Zagreb, will televise all five of Extreme E’s X Prixs, including the live broadcasts, repeats and highlights in English on its linear channel.  In addition, viewers will also be able to enjoy coverage of the ground-breaking series on its digital platform sptv.hr/uzivo – an outlet focusing on the importance of diversity and gender equality within sport.

Croatia, like many places in the world, is under pressure to reduce production of harmful carbon emissions. In recent years, there has been a rapid increase in the use of electric vehicles and the country now boasts over 800 charging points in 300 separate locations – a progressive shift that Extreme E aims to support by shining the spotlight on the potential of electric motorsport.

Ali Russell, Chief Marketing Officer at Extreme E, said: “Extreme E is delighted to have signed a deal with SPTV today – not only is the channel known for its excellent coverage of a wide range of sport in Croatia, but it is also committed to highlighting issues surrounding the environment and gender equality – both of which are key messages of our series.

“I am confident that this, coupled with our thrilling and unique race format, will ensure that Extreme E is the perfect fit for SPTV’s sports aficionados.”

Petar Čavlović, General Manager at SPTV, said: “As a television channel that broadcasts all sports and considers them equally important, we believe that in addition to Extreme E’s innovative sporting side, it is also vital to raise awareness amongst our viewers of important issues such as climate change and gender equality.”

Following the inaugural race in Saudi Arabia (3-4 April), Extreme E will visit Senegal (29-30 May), Greenland (28-29 August), Brazil (23-24 October) and Patagonia (11-12 December).  By holding races in areas that are suffering at the hands of the environmental crisis, such as tropical rainforests and the Arctic, the aim is to raise viewers’ awareness and interest in environmental issues.

The series also has a unique viewing format, as races will be held without spectators and broadcasted as two-hour programs, in a bid to reduce the championship’s carbon footprint. In addition, the championship is transporting equipment for the race by sea on its floating centrepiece, St. Helena, which is currently on route to the first event in Saudi Arabia.