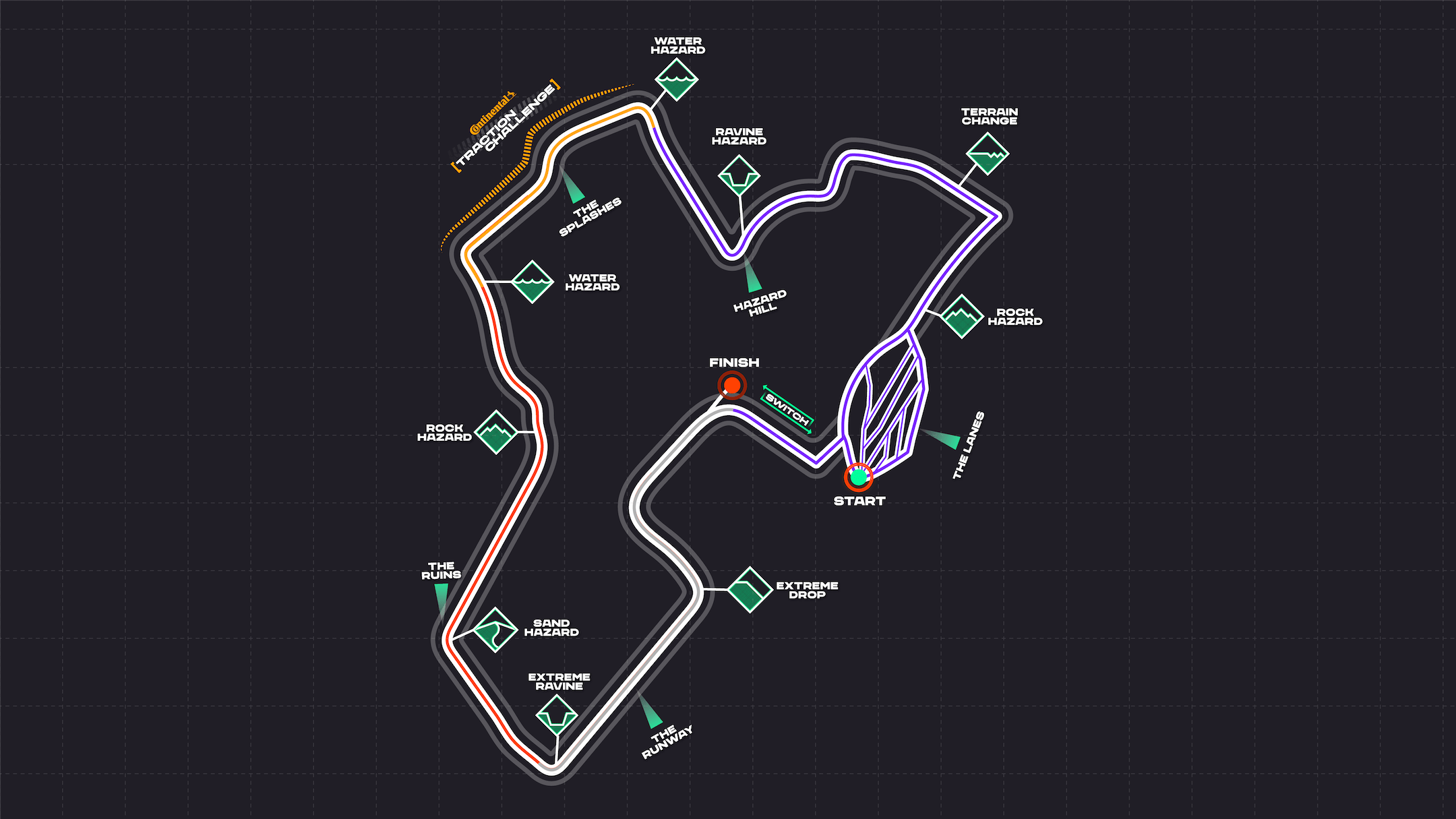 21 October 2021, London: With Extreme E’s Enel X Island X Prix on the horizon – which has been supported by the Automobile Club Italia (ACI), Regione Sardegna and Esercito Italiano – the electric off-road series is excited to reveal a thrilling course that brings the nine teams and 18 world-class drivers to the shores of Sardinia.

The Mediterranean island will present one of the toughest challenges to date for both the drivers and the ODYSSEY 21. Coming off the back of a hot Italian summer, which saw a record high of 48.8 degrees centigrade in Sicily, the dry terrain will be baked hard compared with the relatively forgiving sands of Saudi Arabia and Senegal.

Inland from the coastal town of Porto Pino on Sardinia’s southwest coast, the undulating course sits within the Capo Teulada training area. The elevation change is not as dramatic as Saudi Arabia or Greenland, with a modest change of 28 metres, but it is the rutted terrain that will provide the toughest challenge.

The start of the course provides a unique opportunity for the drivers, with a multi-lane section offering very different approaches before the cars rejoin and resume battle. Doing their homework on the course will form a crucial part of team preparation, as the optimal combination of speed and distance could prove elusive.

Having rejoined the main course, the drivers will take a sharp left and traverse a more open, but bumpy plain. Another left followed by a right will take the all-electric SUVs over one of the small inland hills, before a fast, downhill section leads them into the first of two water splashes. Small trees and bushes form the scenery of the next section of the course, which the cars will carve their way through before dipping their Continental tyres in the water for a second time.

The course then winds its way through narrow turns and over more inland rises, before heading out to one of the fastest sections. This long, flat run down to a tight ninety-degree left turn will provide a good opportunity to exploit Hyperdrive.

More carefully navigated turns bring the drivers to the last section of the lap. A short, twisting portion is soon followed by a fast trip over the largest inland hill, where the ODYSSEY 21s are likely to go airborne. The drivers will then need to hit the brakes for a short but steep ten metre drop and another ninety-degree left-hander.

A fast and flat section leaves just a final right turn to go, finishing off the striking seven-kilometre course of the Enel X Island X Prix.

Championship Drivers Timo Scheider and Tamara Molinaro have been testing the course ahead of racing getting underway this weekend.

Timo Scheider said: “The challenge is really high this time. It will be totally different to what we’ve seen in the entire season. We have a solid rock base here and water splashes which are brand new to the challenges we’ve had so far this year, but for me the biggest challenges in Sardinia are the hidden bumps.

“We have some medium to high speed corners so weight transfer is very crucial, you have to be super sensible on the surface, the hidden bumps will create trouble I’m sure so for people watching it at home, it will be mega. The drivers will have to be very focused.”

Tamara Molinaro adds: “Like always in Extreme E, for sure it’s very difficult,” she said.

“It’s really tricky in some places with bumps and compressions that you can’t really spot from being in the car, so it will be an interesting weekend. We have a really hard compact gravel, which has a different grip level compared to the surfaces we’ve seen so far.”

The action starts tomorrow with Shakedown and Free Practice, followed by Qualifying on Saturday and the Finals on Sunday, which will be aired on a host of global broadcasters incuding Mediaset in Italy, ITV, BT Sport, Sky Sports and BBC digital channels in the UK, Eurosport throughout Europe, FOX Sports in the USA, plus many more available to view here.