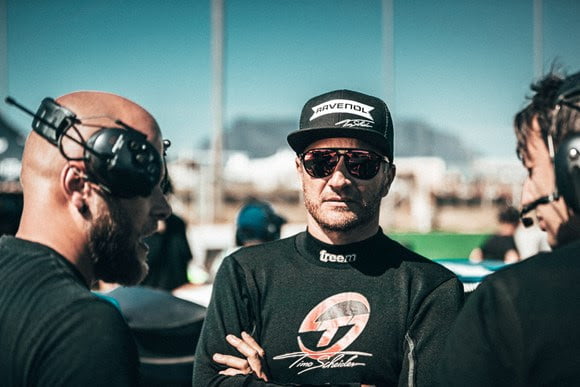 15 March 2021, London: Extreme E has revealed the first of its two ‘Joker Drivers,’ in the form of Timo Scheider, an experienced German racer with two DTM titles to his name. Scheider will be supporting Extreme E across myriad sporting projects.

Alongside his ‘Joker Driver’ responsibilities of being on hand to jump into one of the ODYSSEY 21s at a moments notice, Timo will also be contributing to the design of Extreme E’s race courses at each of its far-flung locations.

Scheider has competed in a wide range of motorsport disciplines from single-seaters to touring cars and rallycross. Having claimed back-to-back DTM titles in 2008 and 2009, a 24 Hours of Le Mans podium in 2010 plus victories at the 24 Hours of Spa and the infamous Nurbürgring as well as World Rallycross podiums in 2017 and 2020, the 42-year-old is perfectly equipped to tackle an innovative and incomparable series such as Extreme E.

The ability to adapt his driving style to suit different terrains, car requirements as well as conditions will prove vital in his new role with the championship.

James Taylor, Chief Championship Officer at Extreme E, said: “It’s fantastic to have Timo [Scheider] on the team, he has a huge amount of knowledge so we have a lot of faith in his abilities to support the championship.

“Timo has invaluable experience working across so many motorsport disciplines on terrains and conditions at either end of the scale, so he was a natural choice to help design the courses we’ll be racing on.”

Timo Scheider said: “It’s a pretty new experience for me and I was super excited about the Extreme E team and the challenge to design a course in the middle of nowhere. I really enjoyed the first recce in Saudi Arabia and designing a course in the desert, there are so many things to consider, but the course is going to provide incredible racing. I’m really looking forward to getting behind the wheel of the ODYSSEY 21 and be the first to drive the official Extreme E course in just a few weeks’ time, it’ll be a moment in history.

“The ‘Joker Driver’ role is pretty cool too and I’m delighted to be available for all the teams and fulfil a driver role should it be required.