It was standing room only last night out at Glen Helen for Round 12 of the Lucas Oil Offroad Racing series. The fans came out in full force to show their love for short course offroad racing and they got the show they deserved. 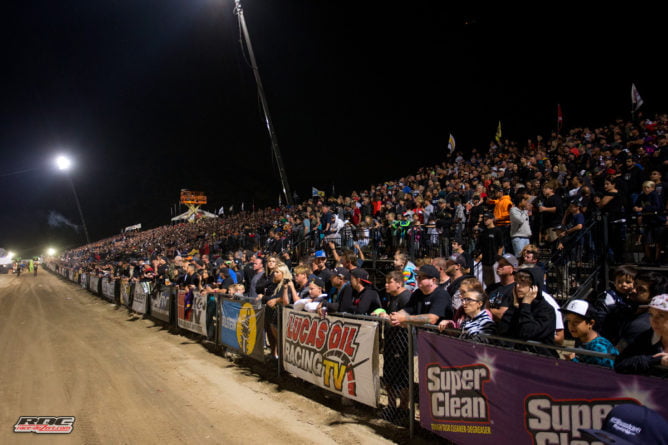 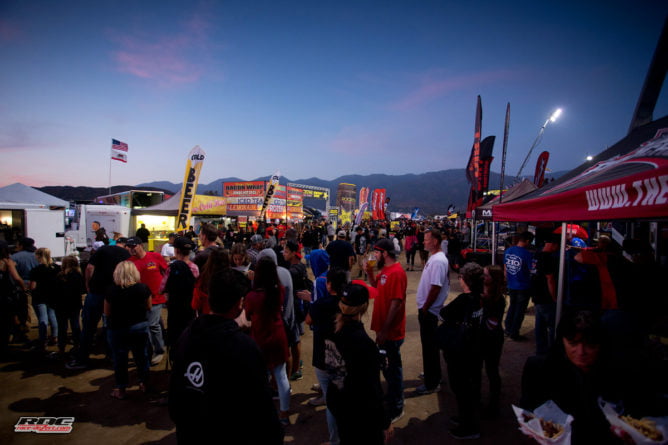 It always seems like the bigger the crowds are in the stands the more energy the drivers feed off of and put on a great show for them to give back some love. Last night we had some epic battles all over the place so the fans for sure got their moneys worth. 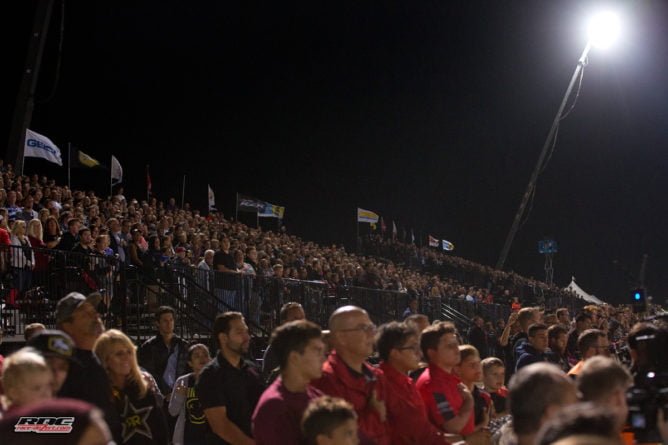 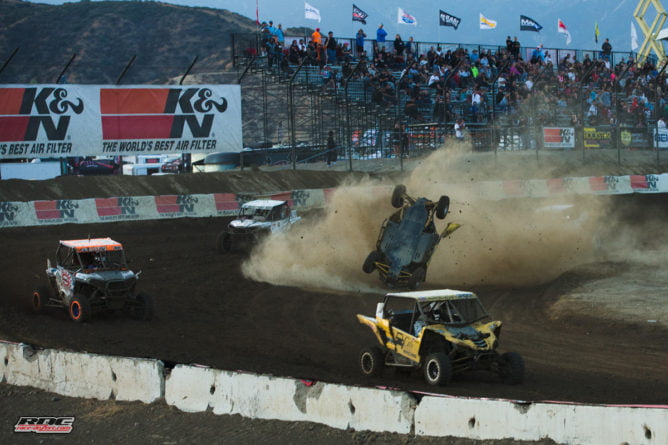 The Pro 4 race set the tone for the night with lots of back and forth action with multiple lead changes getting a roar from the crowd each time. After the night before Kyle Leduc and Rob Mac were dead even on points making this round a do or die for both drivers. Eric Barron who qualified first took the early lead but on lap two bobbled in turn two letting Leduc get by. From there it was the opposite of the night before with Menzies chasing Leduc for the lead and it looked like Leduc found that extra gear he needed to start gapping the rest of the field. 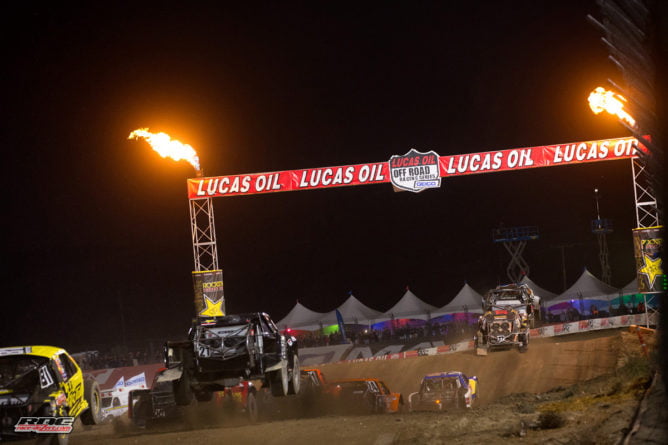 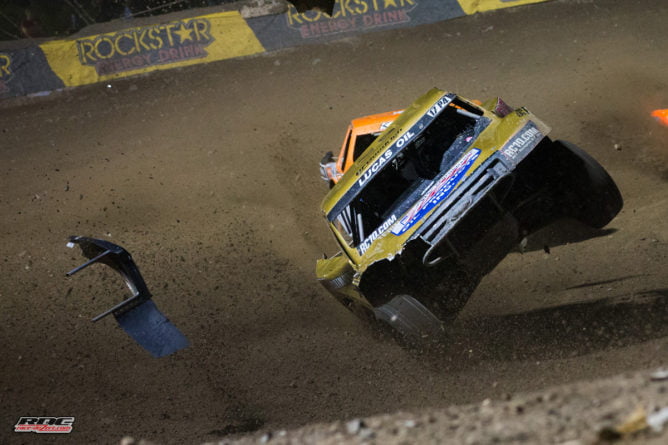 In the same turn that Barron gave up the lead, Leduc did the same thing halfway into the race over rotating letting most of the field go by. Two turns later a bottleneck would give Leduc a gift who was able to squeeze by four trucks putting him back up in the lead group with Carl Renezeder leading the way followed by RJ Anderson and Doug Mittag. Mittag made a small error letting the field go by and Renezeder was forced to pull off with a mechanical issue so it left RJ and Leduc battling for the lead. RJ held strong for a few laps but Leduc eventually got by him and from there got back up on the winners circle, but more importantly putting 8 points on Rob MacCachren (who finished 5th) going into the final round next month. 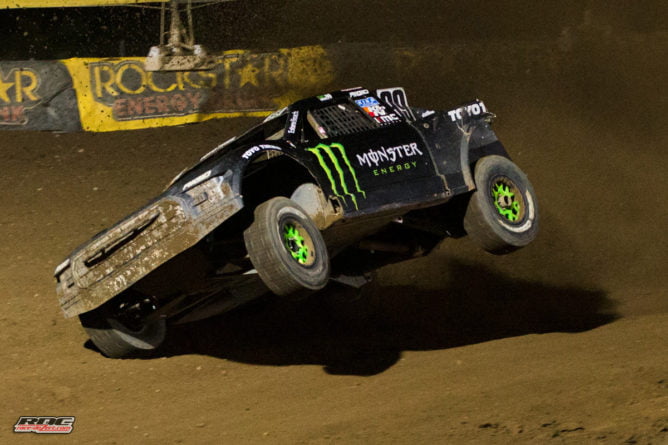 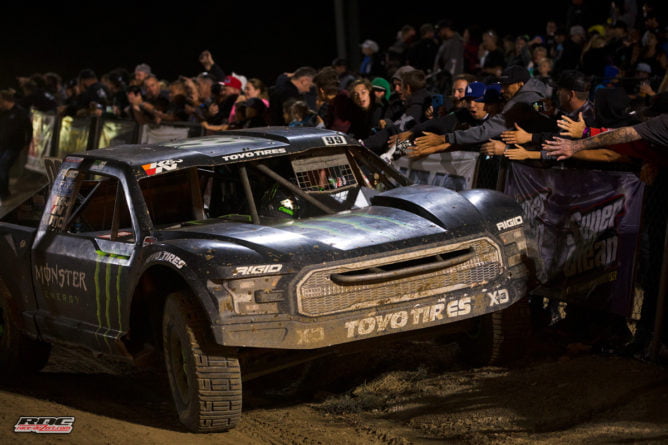 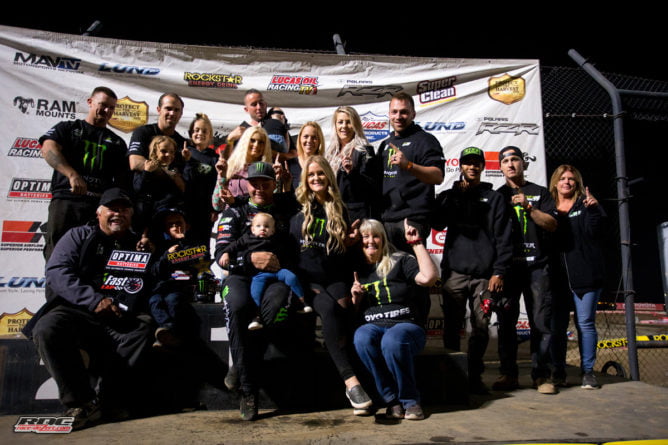 The back and forth season of Prolite between Brock Heger and Jerett Brooks continued last night as the two once again finished 1-2 with Heger standing on his roof at the end of the race. Ryan Beat got the early lead and showed why he won the Crandon World Championship a few weeks ago putting a gap on the rest of the field, but he would lose a rear wheel and tire ending his night. 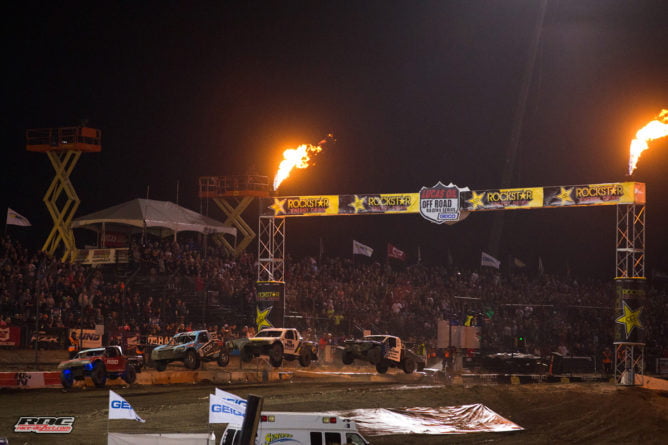 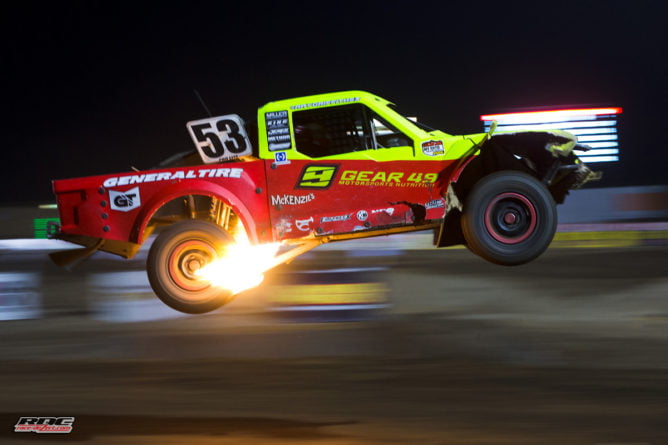 Beats misfortune let Brooks and Heger battle for the lead with Jerett setting a fast pace for Heger to follow. Heger is known for being able to turn it up in the final few laps and he did just that putting pressure on Brooks and finally getting around him to take the lead and bring home his fifth Prolite win of the season. Brooks won the weekend however after putting 20 points on Heger the night before, he would only gain 2 more winning the race with Brooks finishing right behind him. 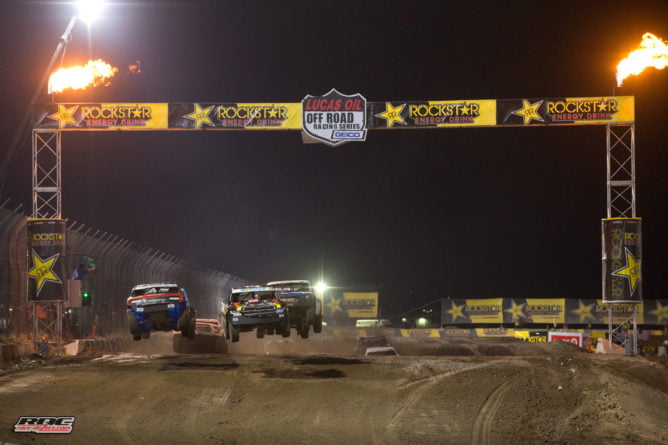 It was the Hardesty and Watson show once agin in Pro Buggy with the combo going 1-2 yet again with Hardesty taking the checkered flag. With one round to go Watson really needed a lucky break and finish ahead of Hardesty by a few spots to gain some points on him but last years champ is showing why he wore the wreath around his neck last year and showing he can get it down when the pressure is on. 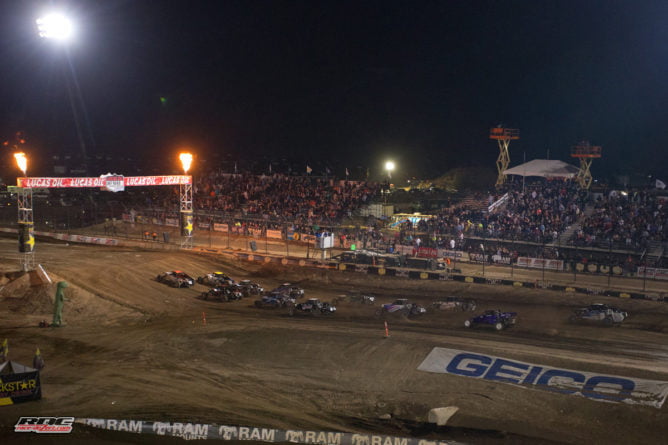 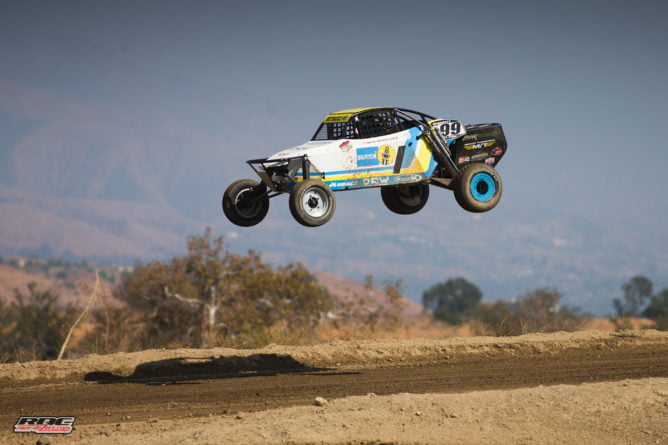 The final race of the weekend here in Glen Helen was the Pro 2 race and it ended the weekend on a high note. Rob MacCachren got off to an early start and never looked back showing everyone why he is arguably one of the best drivers in offroad period. If you let Rob Mac get the lead he’s one of the hardest drivers to get around as he makes very little mistakes and is very smart in keeping the lead. 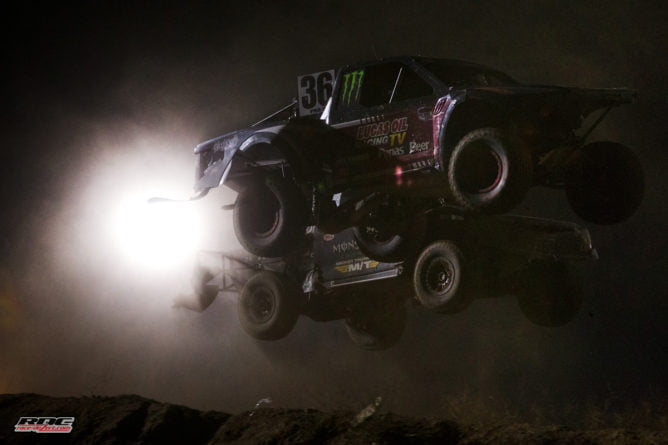 Behind him though was lots of action with multiple restarts due to crashes and people getting tangled up together. RJ Anderson and Jerett Brooks somehow got mixed together and the safety team had to cut out a front bumper to separate the two while the rest of the field circled the track multiple times under yellow flag. Patrick Clark fresh of winning Bryce Menzies driving suit in the raffle for Steve “Chappy” Hanson from Racers for Christ, took home second place doing a great job working his way up the field. Word on the street however is that he was more excited about winning Bryce’s suit then he was for getting a second place podium. 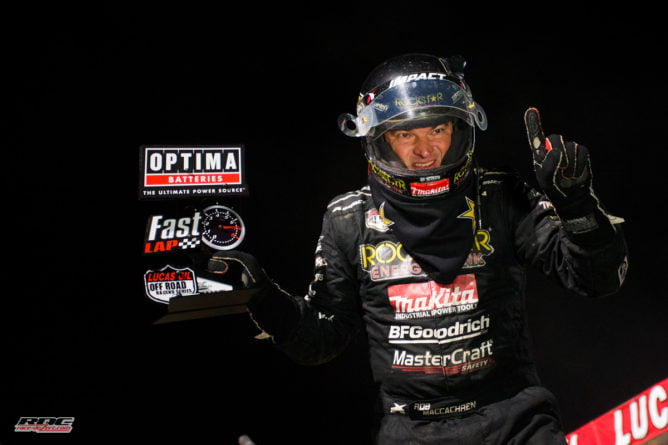 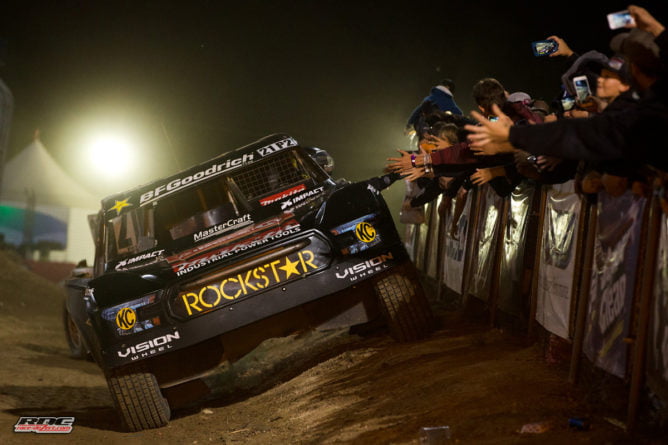 Jeremy McGrath who now holds a comfortable points lead chasing his first Pro 2 championship got a little more cushion after finishing third last night to backup his win the night before. While mathematically he hasn’t clinched the championship, unless something drastic happens in the last round next month it looks like McGrath just may take home his first short course championship to back up his 7 Supercross rings.