Fans came out in full force today for Round 3 of the Lucas Oil Offroad Racing Series in Lake Elsinore. Elsinore has always been a large turnout for LOORRS and Round 3 was no different, the stands were packed and people were standing to see all the action. Lucas Oil did its job in putting people in the stands and today the racers did their job by putting on a great show for the crowd. 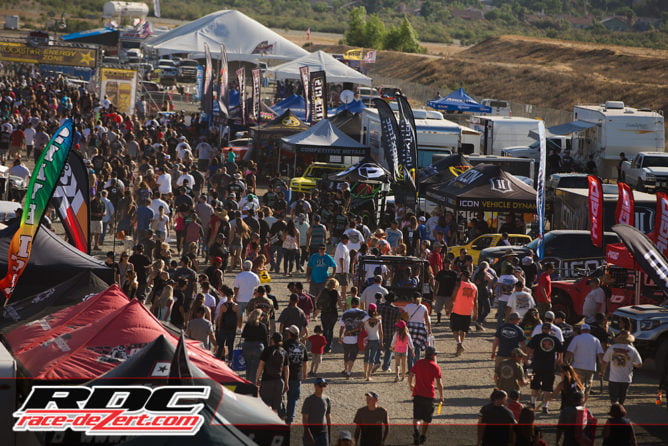 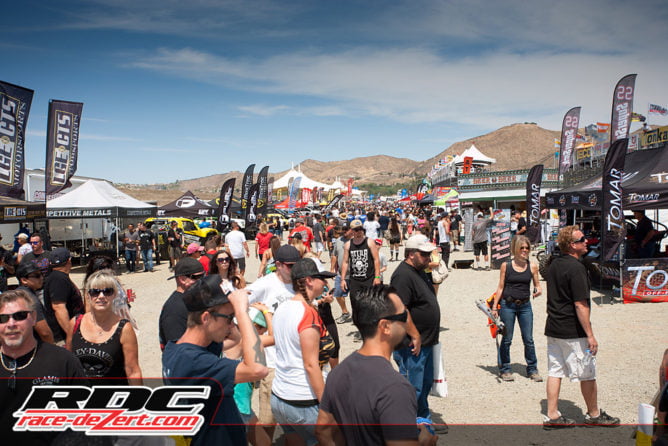 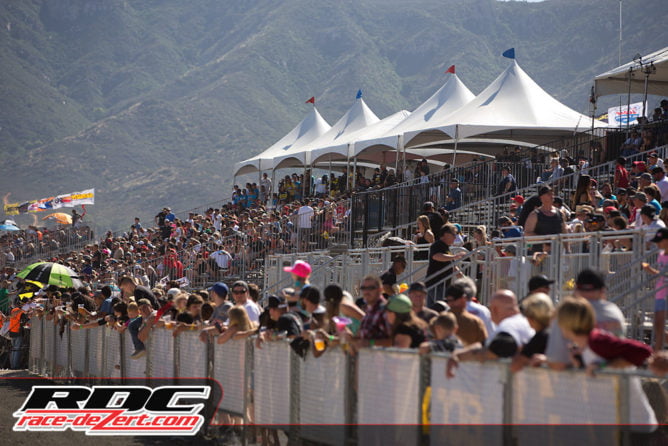 With the season still young drivers are fighting for position to take valuable points towards the end of season championship. Starting off the year in the top half of the points puts you in a great position whereas if you start the season off slow it puts more pressure on you the final few rounds. 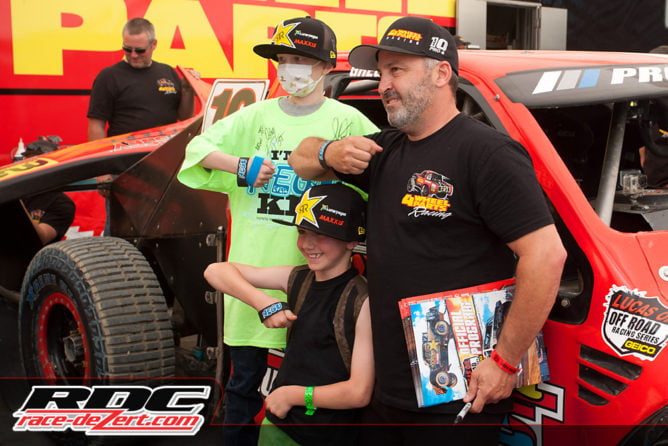 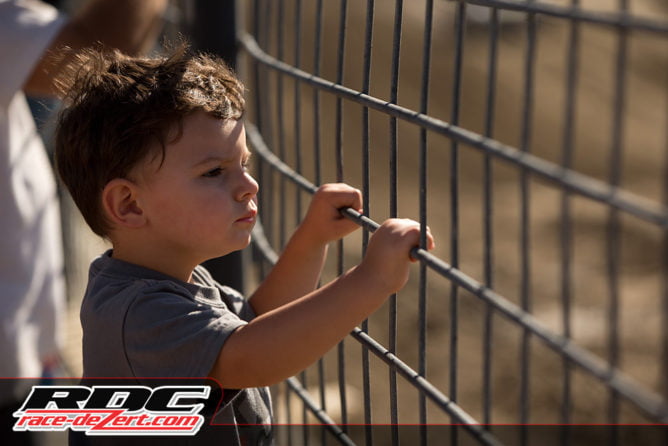 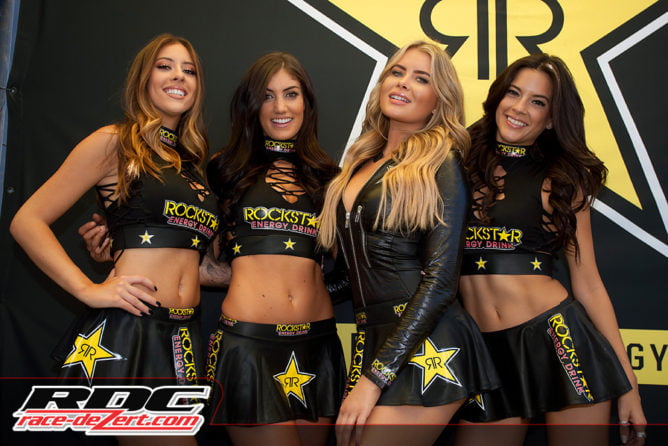 In Pro 4 Bryce Menzies finally got the monkey off his back and won in his new truck. Last years champ Kyle Leduc, who qualified second earlier in the day had his day ended after Rob MacCachren bicycled in a turn and hit Leduc when he over corrected to stay on all fours. Tomorrow Leduc will have another chance to pick back up where he left off last year, but so far this season it looks as though the championship is fair game. 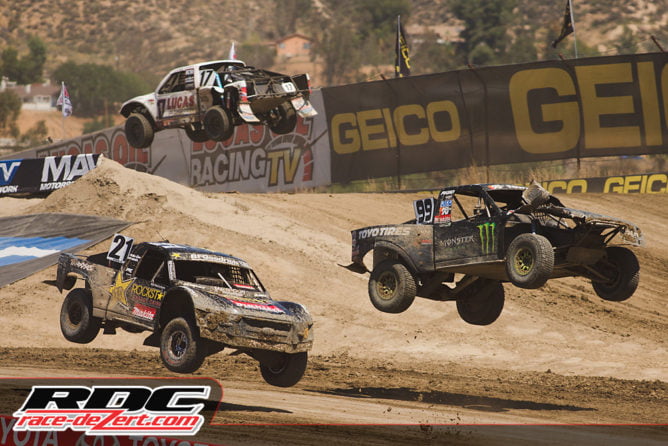 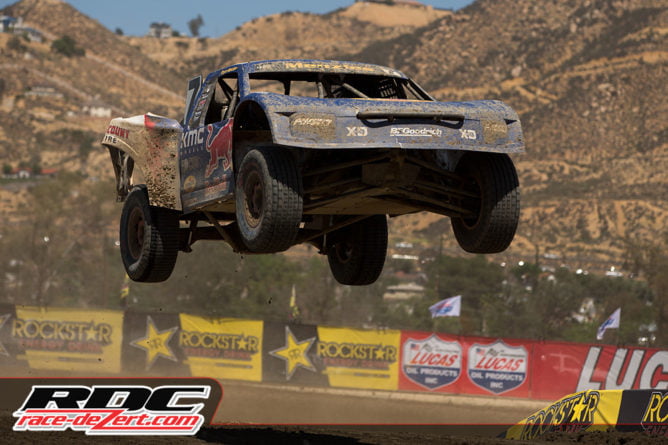 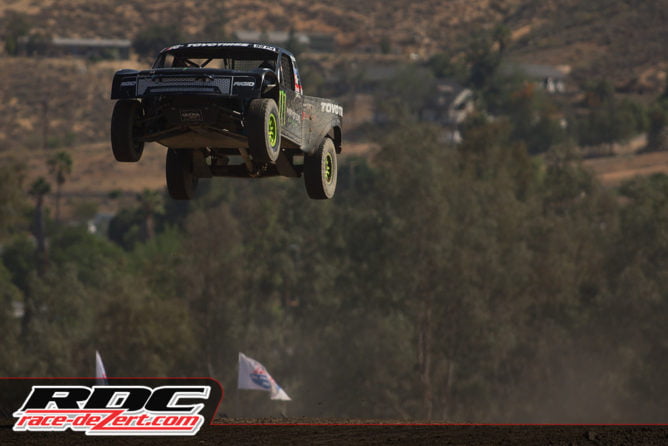 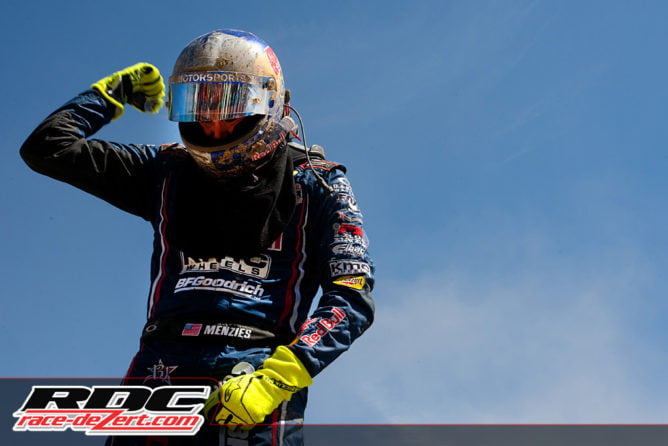 Pro 2 and Prolite both had race winners who started on the pole and led wire to wire while behind them carnage ensued. Prolite took the most damage with multiple restarts due to rollovers and mechanical failures. Jeff Hoffman, Brock Heger, and Gavin Harlien all put their trucks on their lids (with Harlien having a quick fire scare). Hoffman still managed to battle his way back through the crowd and finish 4th. Brad DeBerti dropped out after the start when he was forced into a k-rail after the start of the race in turn one, causing front end damage. DeBerti left the track and repairs were made in staging and tried to get back on the track but wasn’t allowed as all repairs must be done in the hot pits. 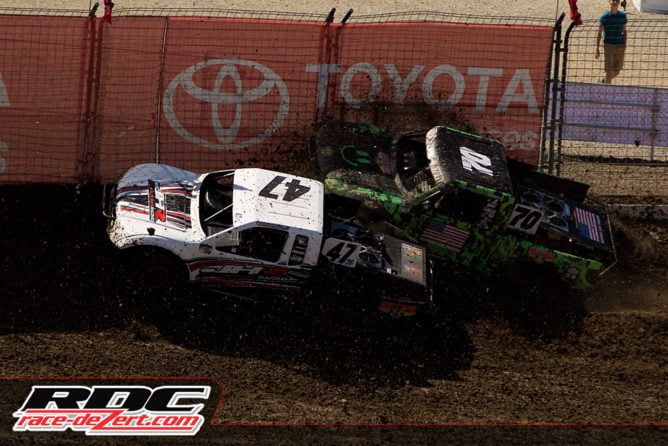 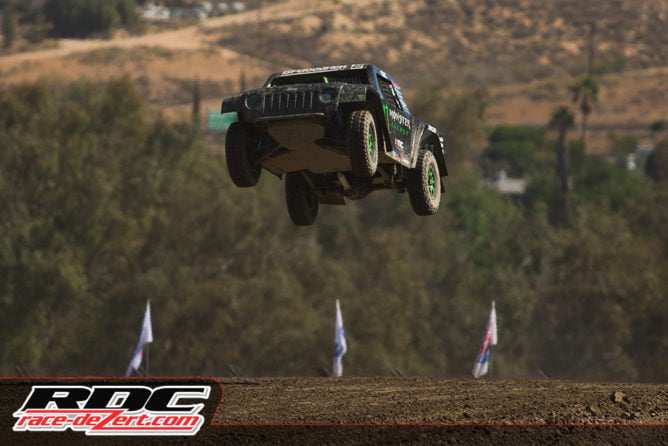 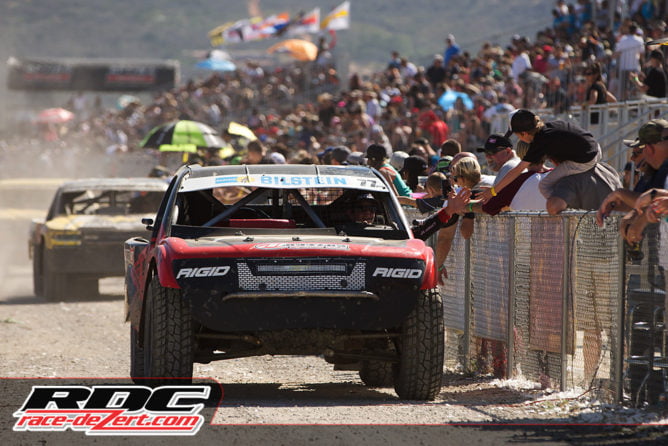 After not qualifying earlier in the day because his truck was still being worked on, Bryce Menzies started in the back row but was able to get around four trucks in the first lap. As the race progressed he moved into third but on the last lap Brian Deegan made an aggressive pass which caused Menzies to spin out putting him in last. Rob Mac who led the whole race would finish that way followed by RJ Anderson. 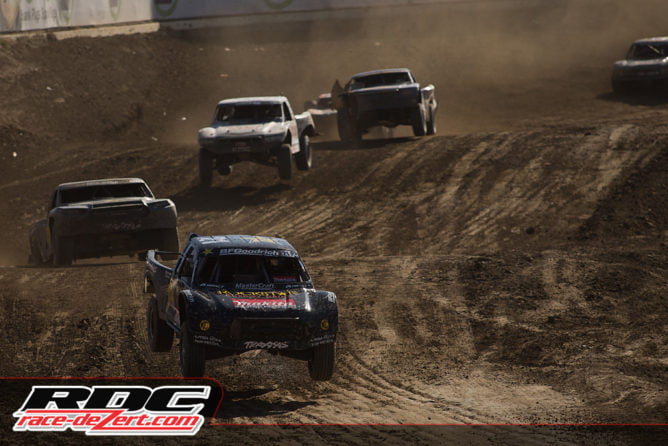 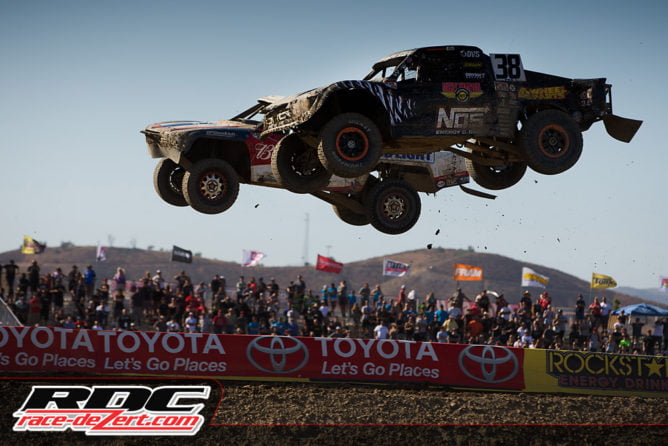 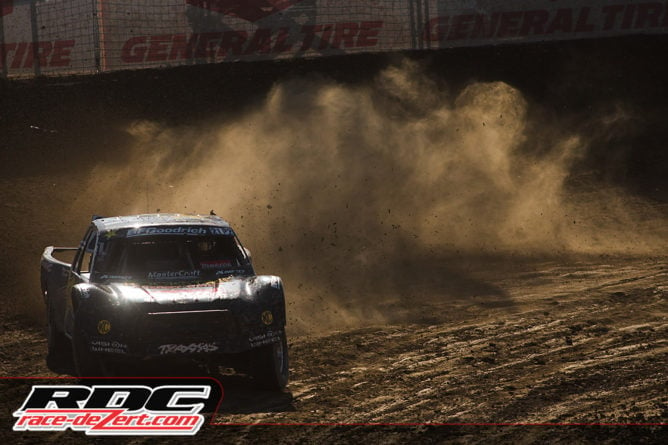 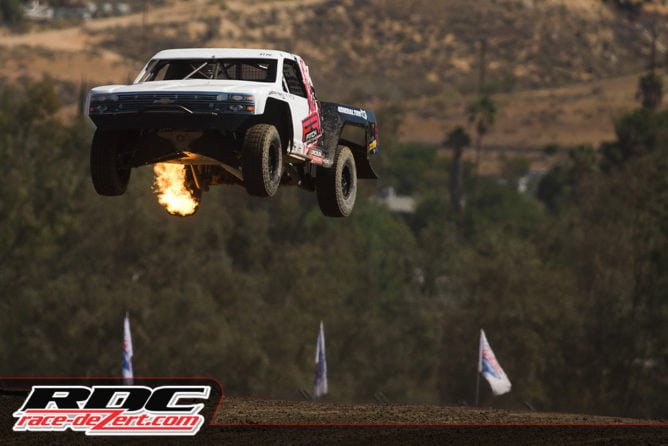 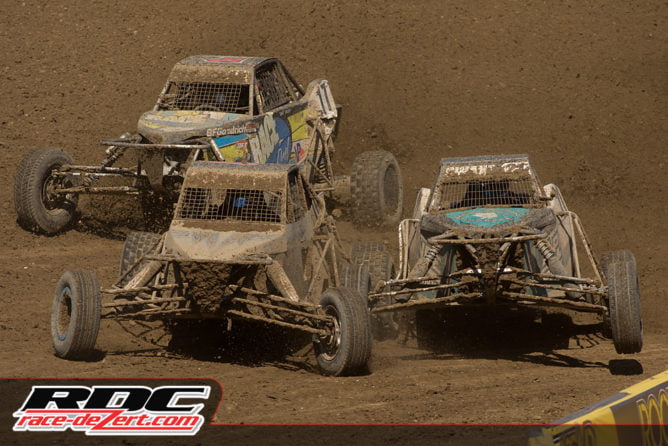 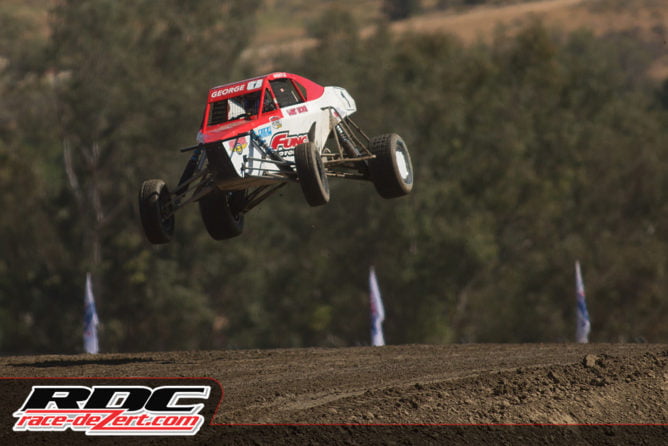 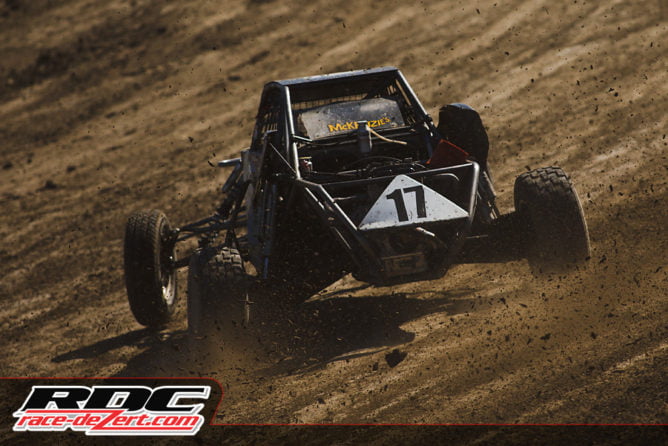 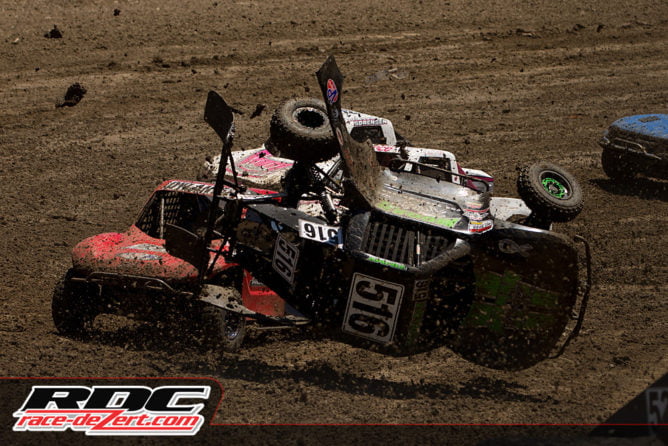 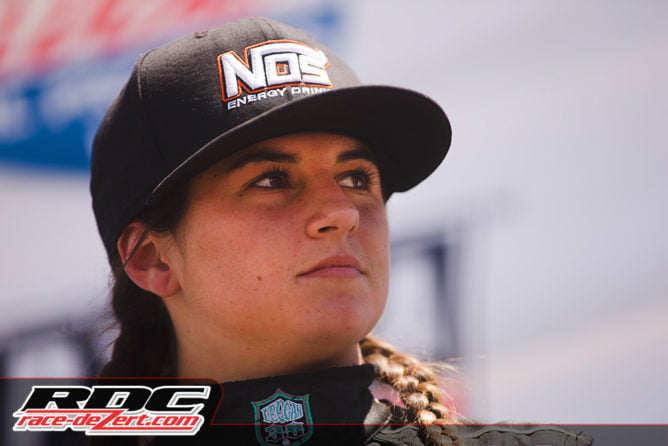 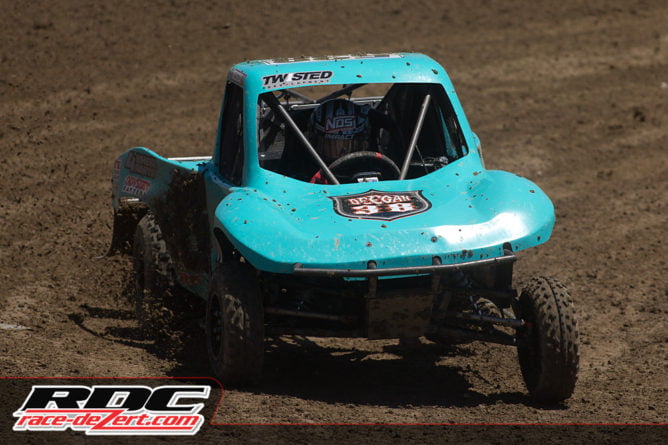