Bobby Patton is the kind of person who isn’t afraid of a challenge.  In fact, he seeks them out.  He is an incredibly successful businessman and is co-owner of the Los Angeles Dodgers. In 2017, Patton raced the SCORE Baja 1000 for the first time, piloting a vintage Land Cruiser to victory for the 50th anniversary of the event.  Fast forward just two short years, and he finished every mile of every SCORE International desert race as driver of record in his No. 240 Jimco-built Fastball Racing Spec Trophy Truck to earn the coveted Rod Hall SCORE Milestone Award, a distinction bestowed upon only 46 other SCORE series racers competing in 18 different classes. 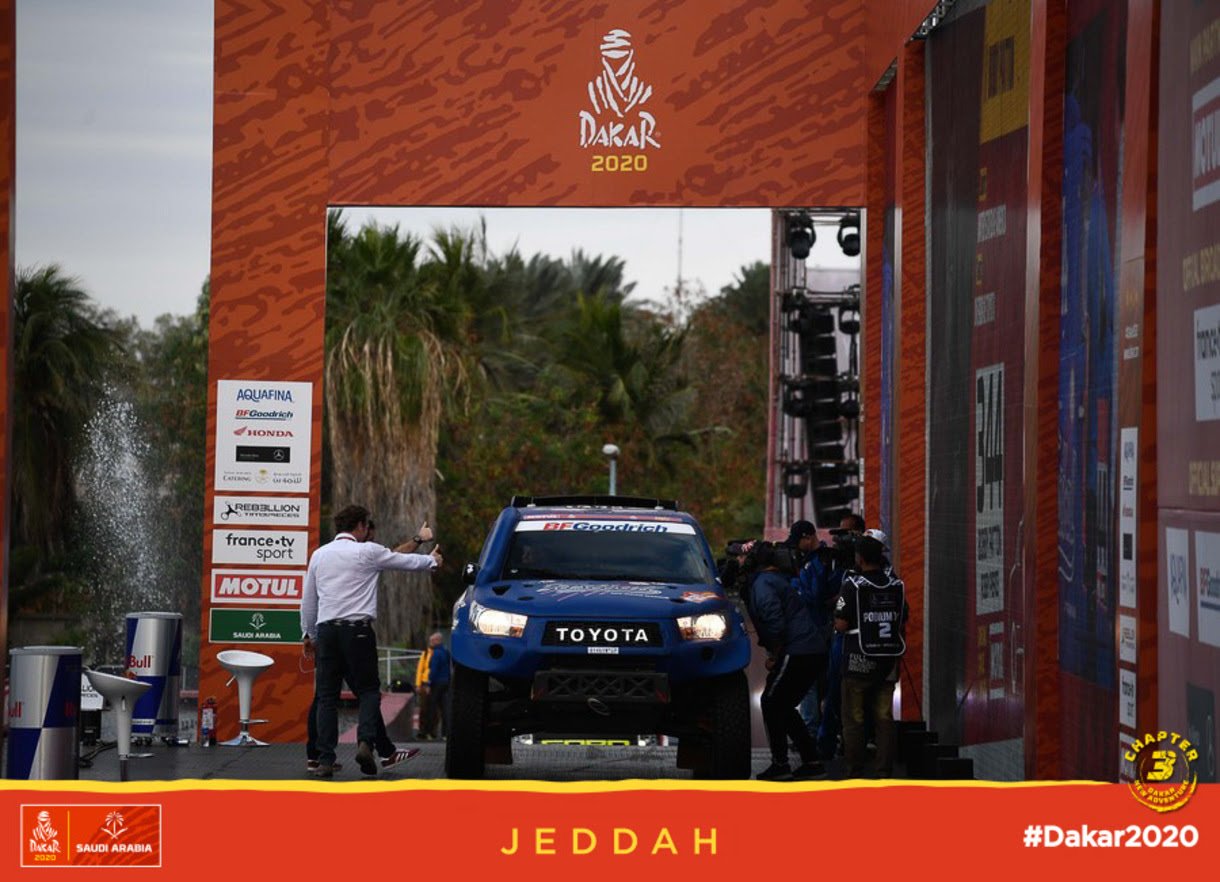 It was at the first race of the 2019 SCORE International season, the San Felipe 250, where Patton expressed interest in racing Dakar to Jimco Racing owner Robbie Pierce.  “You mean in 2021? I asked him,” Pierce recalls.  “The Dakar Rally is something that takes years of preparation in order to be successful.”  But Patton didn’t want to wait years.  He and Pierce rented an FIA-spec Toyota Hilux from Team Overdrive, making Patton and Pierce teammates with rally raid heavyweights like Nasser Al-Attiyah and Bernhard Ten Brinke.  “I shopped around, and Jean-Marc Fortin runs the best program in the business,” Patton explained.  Overdrive mechanics Sam Koopmann, Rui Correia, and Antonio Muñoz Carrasco worked tirelessly until the wee hours of the night to ensure that Patton and Pierce had a well-prepared vehicle at the beginning of each day. Fastball Racing also brought in Ricky Lee, Tim Loiodice, and Kelli Willmore from their Baja racing efforts and trained with Dakar veteran Darren Skilton. 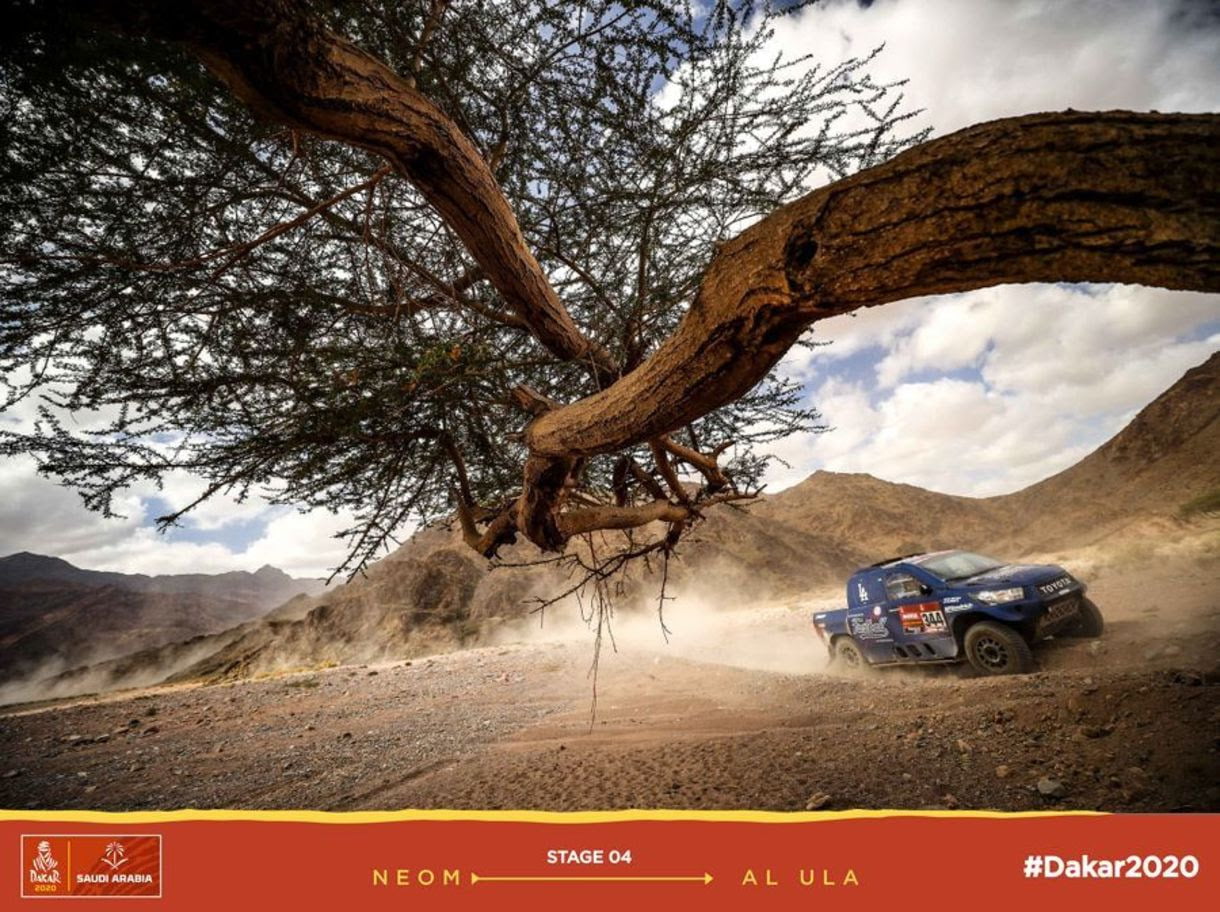 While new to rally raid, Fastball Racing was on a level playing field with other competitors when it came to the new home of the Dakar Rally: Saudi Arabia.  Non-religious tourism was only permitted a little over a year ago and Western visitors up until now have been rare; if not completely non-existent.  “There’s a certain enthusiasm and hope for the future that can be felt here,” Patton shared. “The mix of old and new, from the architecture to the fashion to food, it is remarkable.  Unlike any place I have ever been before.” 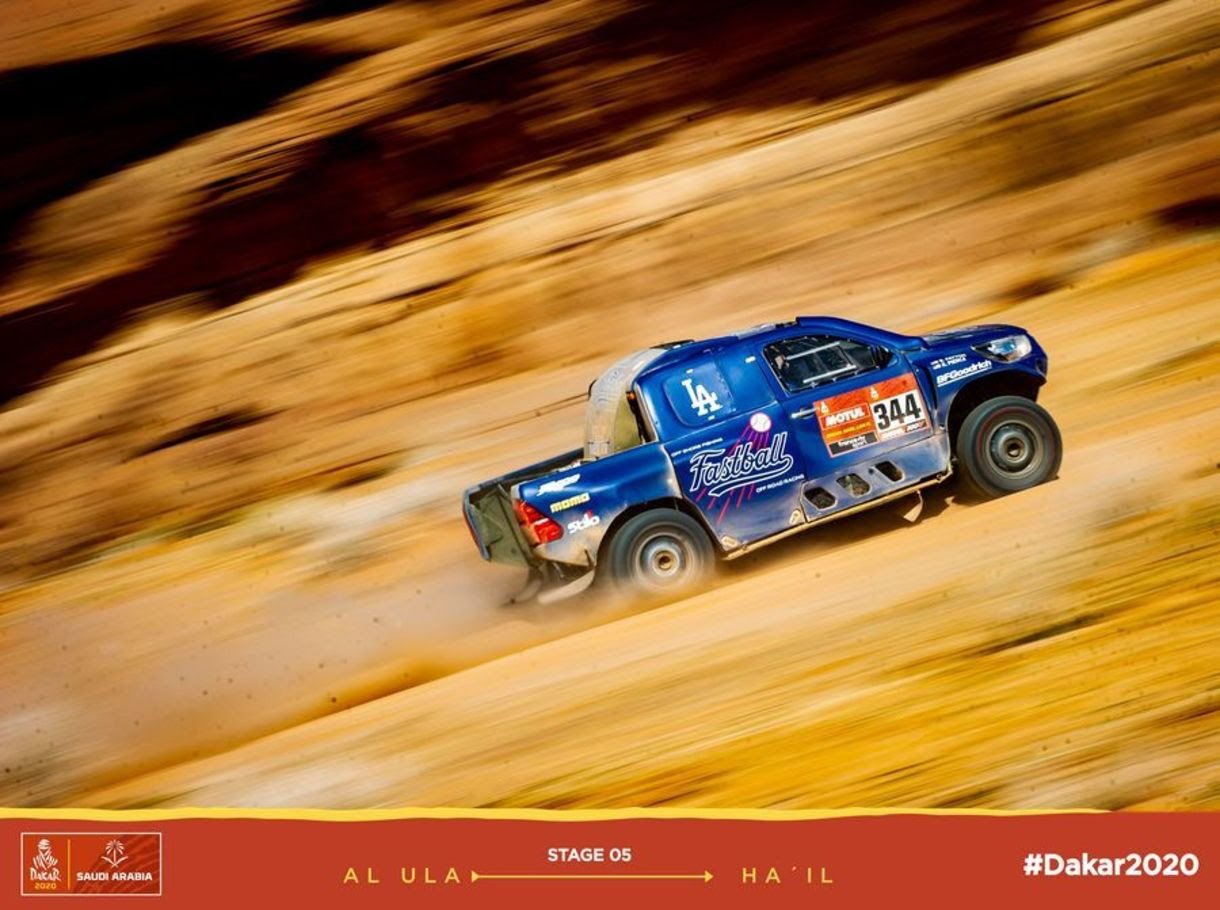 The Dakar Rally was first run from Paris to the Senegal capital of Dakar in 1978, the vision of rally founder Thierry Sabine.  In 2008 the event was cancelled due to security concerns, and the next year it moved to South America.  This year the Dakar Rally moved to Saudi Arabia, where shorter liaisons and more off piste navigation (no roads) challenged the field of cars, trucks, bikes, quads, and UTVs.  On Stage 6, those challenges got the best of Fastball Racing when Patton caught a rut when making a high-speed left-hand turn, sending the Hilux tumbling through the air and rendering it incapable of completing the rally. ASO officials and medical staff arrived on the scene nearly immediately, and fortunately, neither Patton nor Pierce were seriously injured.  “You only need the best safety equipment when you need safety equipment,” Pierce mused after the accident.  “Our Stilo helmets, MOMO race suits, gloves, and shoes, and HANS devices all did their job when we really needed them.”

“We are competitors we push the limits of our equipment and ourselves, sometimes it doesn’t work out,” Pierce continued. Fastball Racing displayed the patience that is required for success in racing and honed their navigation skills each day.  On the first stage they finished in 62nd place, but by Stage 5 the team finished in 38th place, a remarkable improvement. “Having to go home early is unfortunate, Patton shared, “and what I will miss most is the sense of accomplishment you feel when you finish a stage.” “Look for Bobby Patton to strap back into the driver’s seat soon in search for that feeling, regardless of which continent he is racing on.

As a final note – Fastball Racing would like extend our sincerest condolences to the friends, family, and competitors of the loss of Hero MotoSports Paulo Gonçalves….