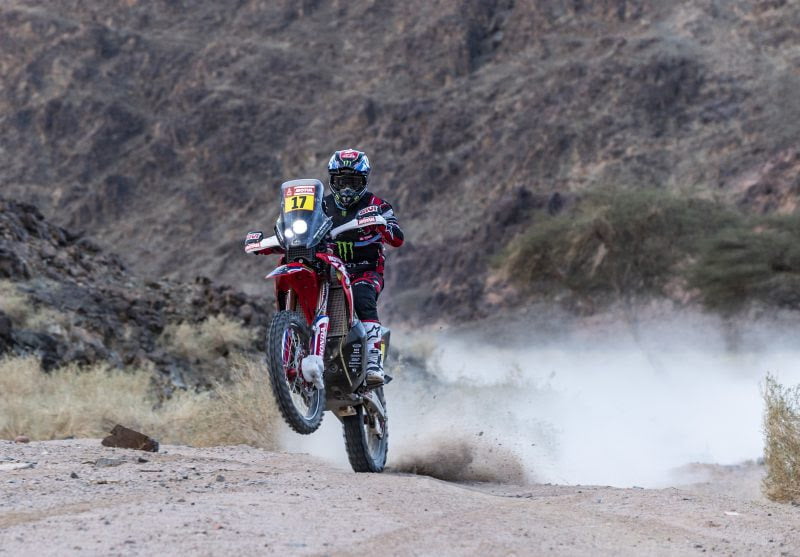 Stage four of the 2020 Dakar Rally saw the Monster Energy Honda Team components arrive at the final destination at the Al Ula bivouac, very well-positioned in the race. ‘Nacho’ Cornejo finished the race in first position, followed home by Benavides and Brabec. The American remains leader ahead of his team-mates.

The red livery of the Monster Energy Honda Team’s Honda CRF450 RALLYs was once again on victory parade today as the 2020 Dakar Rally arrives at day four. On the agenda, once more, was fast track which alternated between sandy and rocky sections.

Yesterday’s stage winner, American rider and current race leader Ricky Brabec, was the first to start out this morning, but despite the handicap of having to open without references ahead, was able, nevertheless, to set an infernal pace. Behind him, Nacho Cornejo was likewise putting pedal to the metal, not only maintaining his team-mate’s pace, but even managing to outstrip the Californian in the latter stretches. The Chilean, claimed his maiden special stage victory, after first place finisher Sam Sunderland was penalized. Cornejo holds third place overall.

Second on the day was Kevin Benavides, another rider in the frenetic battle for the stage triumph, who finished 35 seconds adrift of the stage winner. The Argentinean lies second in the general rankings. Behind him finished Monster Energy Honda Team stable-mate Brabec, who concluded the stage with a three-minute deficit from the Chilean stage winner. The Californian, nevertheless, continues to command at the head of the overall race standings with a 2’3” advantage over Benavides.

Not the best day at the office for Joan Barreda. Joan, starting from a favourable position, was victim of a fall, inflicting more damage to the rider, physically, and also to the machine navigation system. The Spaniard, who hails from Castellón, was able to make it back to the bivouac at Al Ula. Barreda is now seventh in the overall standings and is still maintaining his chances in the race.

Tomorrow, for the fifth stage, riders will once again be issued with the roadbooks 25 minutes before the start of the race. The race heads out from Al Ula, East-bound for Ha’il.

In the sandy surroundings of the day, humongous rocks will serve as landmarks to avoid costly navigation mistakes! Less technical but just as impressive as dunes, gigantic sandy hills stand to attention in front of the drivers. The descents, occasionally scattered with desert grass, will require even more advanced riding skills. 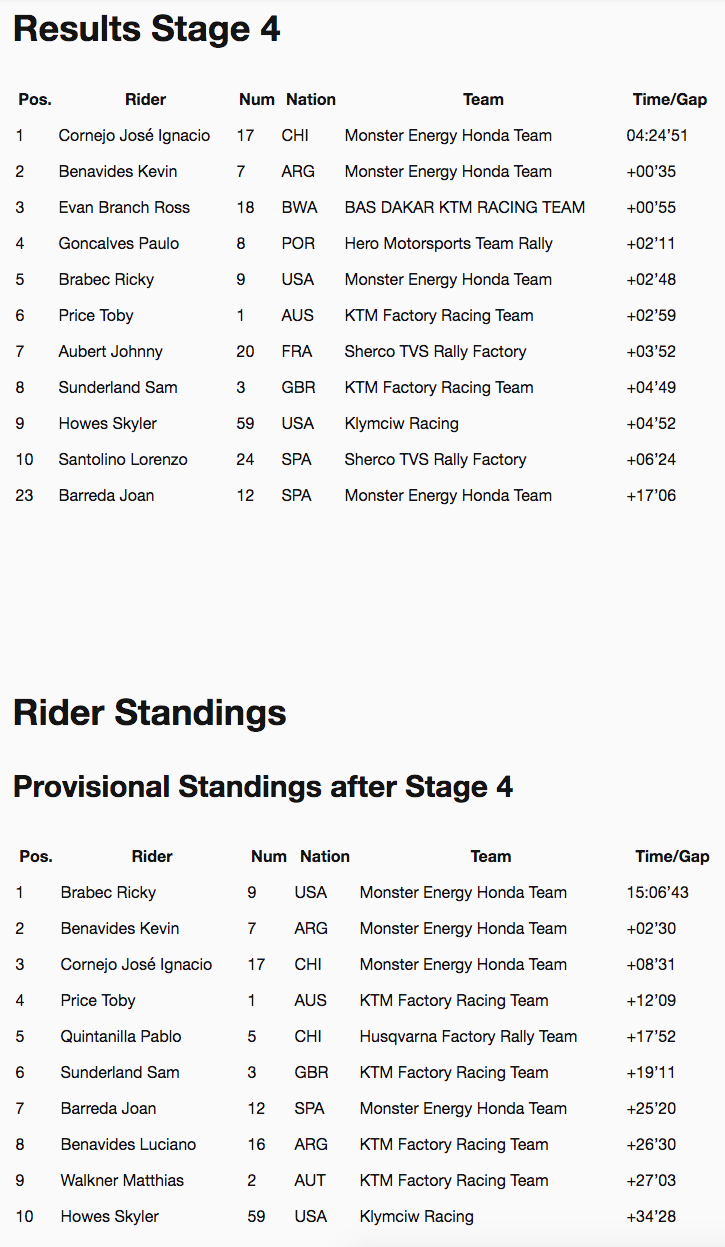