This weekend Legacy Racing Association held their very first event out in Pahrump Nevada and by all accounts it went off better then expected. When Donald Jackson, wife Kristy Jackson and Liz Marshall announced the new series the three of them created together back in September of last year we were excited to attend the first event. The backbones behind the series have a long history in the sport putting on events so from day one we knew that their races would be organized and well run. 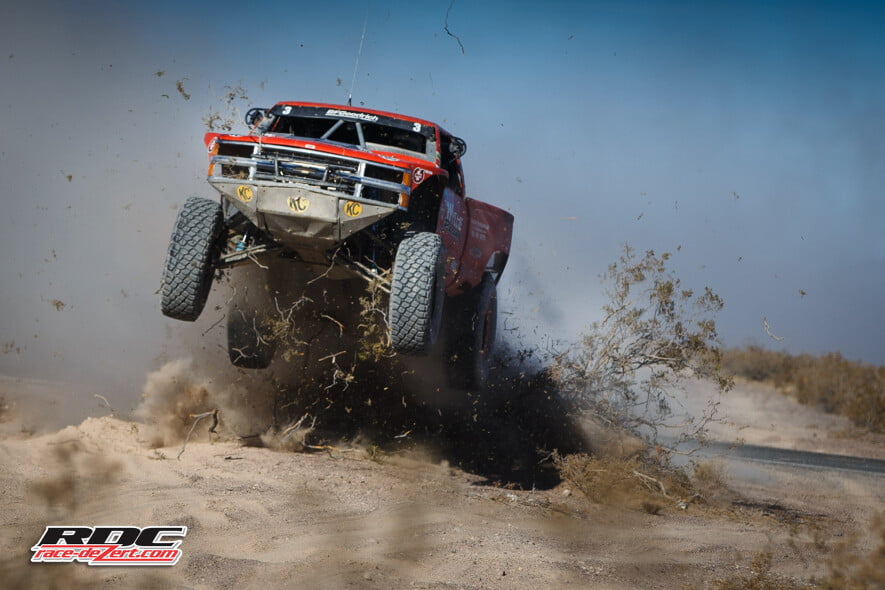 Coming in from the media side of things everything was well communicated and Legacy was very welcoming to having media at their event. On the racer side of things lots of drivers seemed very pleased with how everything was run from registration, qualifying, tech and the race itself. There were lots of hurdles to overcome not only putting on a race in Nevada at the beginning of the year with Covid-19, but to start a brand new series during these times show just how strong of a team Legacy has behind them.

Saturday morning 78 vehicles left the starting line and for their first race that is very impressive. It shows the support they have from the racers and their trust in the series. As word gets out about their first event going off without a hitch we expect future races to have more entries. 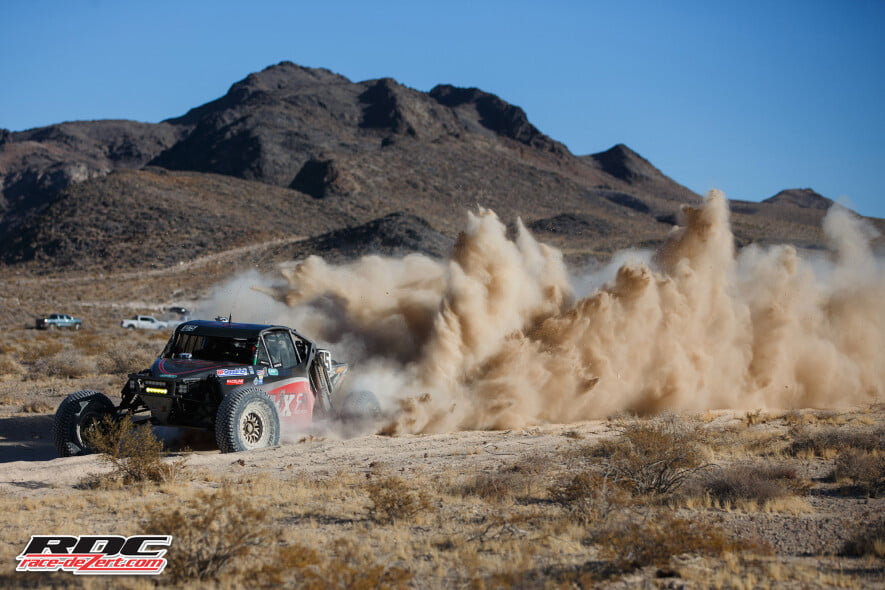 Eric Hustead was the first driver to take a green flag by Donald Jackson Saturday morning after qualifying first in his Unlimited Truck the day prior. The course was just shy of 220 miles so it would be an all out sprint, and with clean air Hustead looked to try and capitalize. The area hasn’t seen rain in some time and along with some of the course being used for Vegas To Reno it would be a dusty mess. Luckily some wind showed up as the race went on and Steve Strobel was able to get out front physically to get some clean air of his own.

At race mile 130 only two minutes separated the top 5 vehicles with Strobel leading followed closely by Ladd Gilbert in his Class 1 car, Madix Bailey in Gilberts dust and Steve Olliges and Hustead close behind. The track was very fast overall but the final 40 miles of the course was very technical and Strobel was able to extend his gap crossing the finish line first and taking home the overall win for the race. Bailey who was racing an Unlimited Truck for the first time finished in second place a little over a minute behind Strobel. Olliges (being driven by Jason McNeil) would round out the podium in the Unlimited Class. 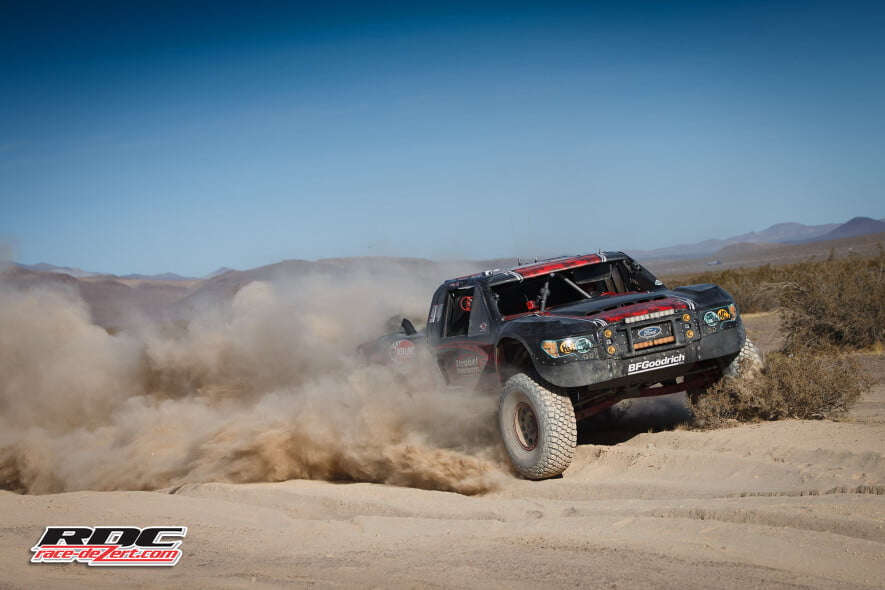 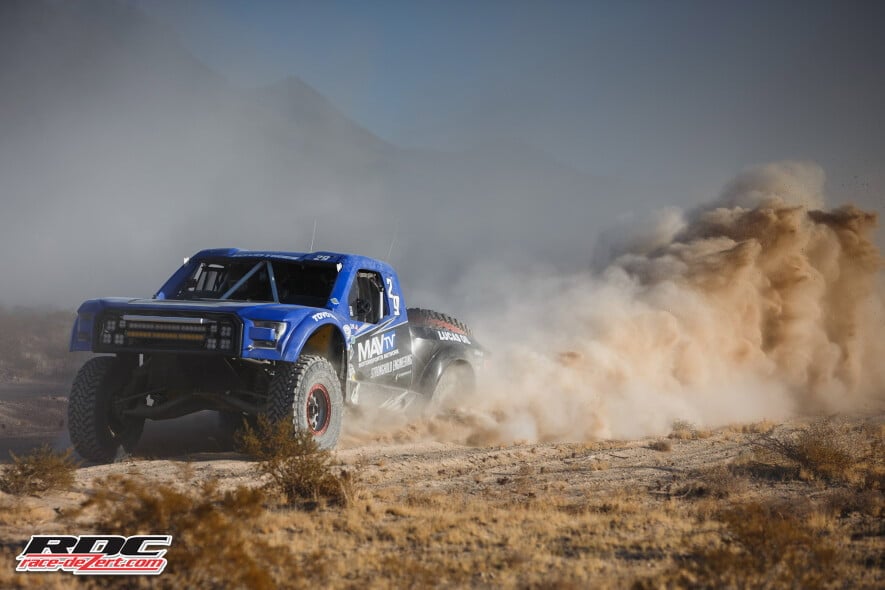 In Class 1 Gilbert held the physical lead for most of the race but Brandon Bailey (father of Madix) eventually got around him to take home the win giving the family two podiums for the weekend. 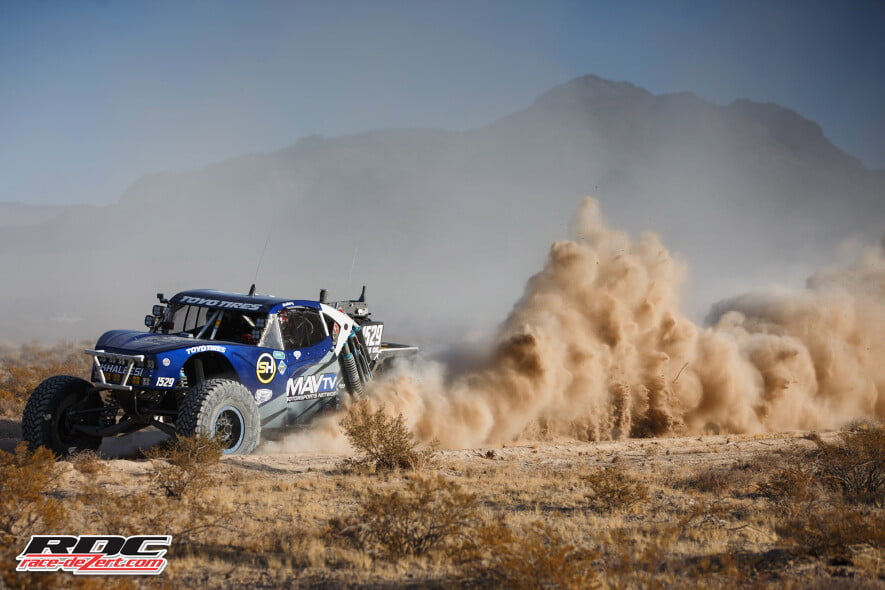 6100 had the closest finish of all classes in Pahrump. Chasen Gaunt who qualified first had to pull out of the race around mile 26 with what looked to be motor problems. That let Travis Williams and Travis Chase battle for the lead which the two of them did all race with Williams finish first but Chase just seven seconds behind. Tom Jergensen would round out the final podium spot and Jordan Brenthel would finish fourth, which was impressive since he started the race twelfth. 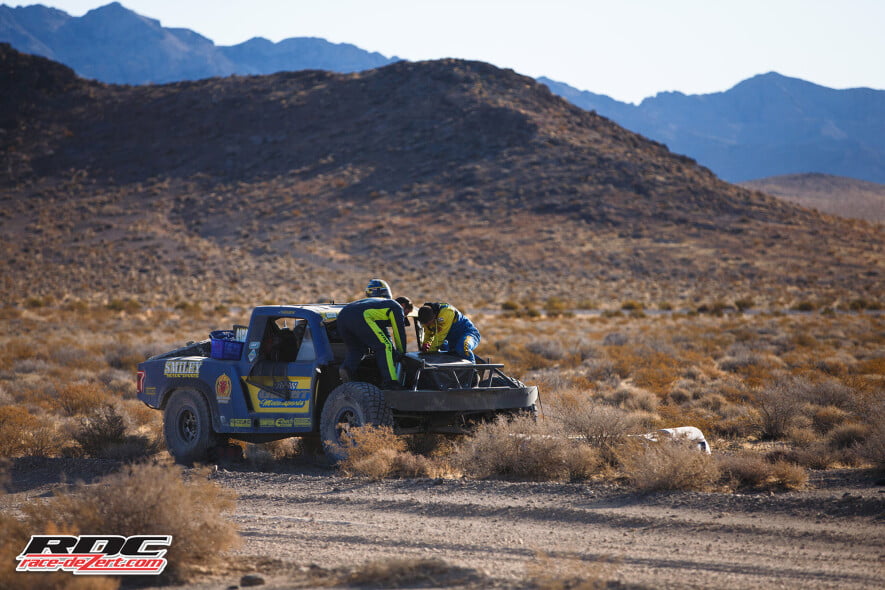 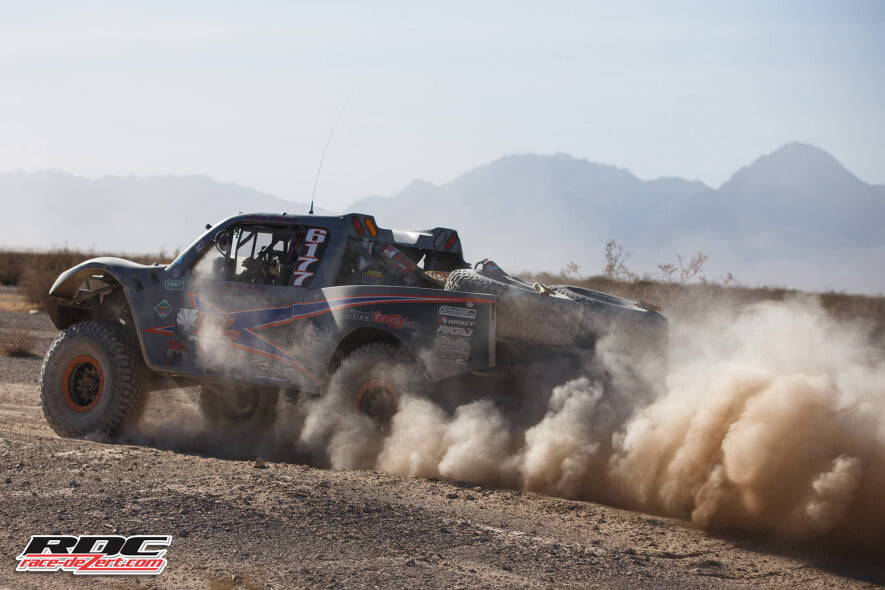 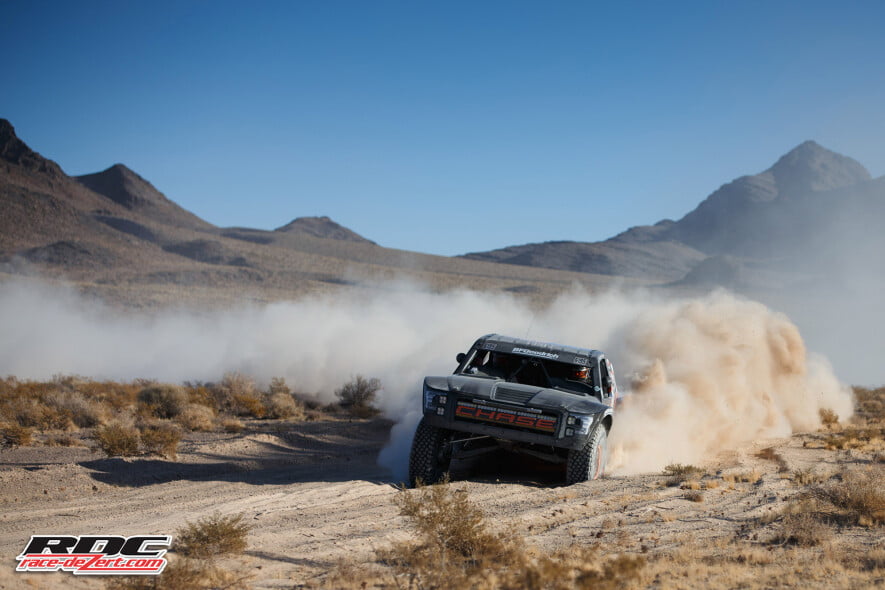 The largest class not surprisingly was the Turbo UTV class. Big news came out that if a driver could win all four UTV races this year they would win a check for $100,000 thanks to Quantum Motorsports. That and giving the Turbo UTV’s the chance to qualify makes the series pretty attractive to the class.

Dan Fisher left the line first and because of the staggered start times would have clean air but the field behind him wasn’t going to let him run away like he did in qualifying. As the raced progressed Fisher would hold the physical lead but by the halfway point Josh Shelton had moved his way from 7th to the lead, about 2 minutes ahead of Fisher physically. Shelton must of had some issues because as the race went on he would drop back on time with Fisher finishing first physically. He looked to have taken back the win by Vito Ranuio would edge him out by 12 seconds giving him the chance to win $100,000 if he can win three more races. 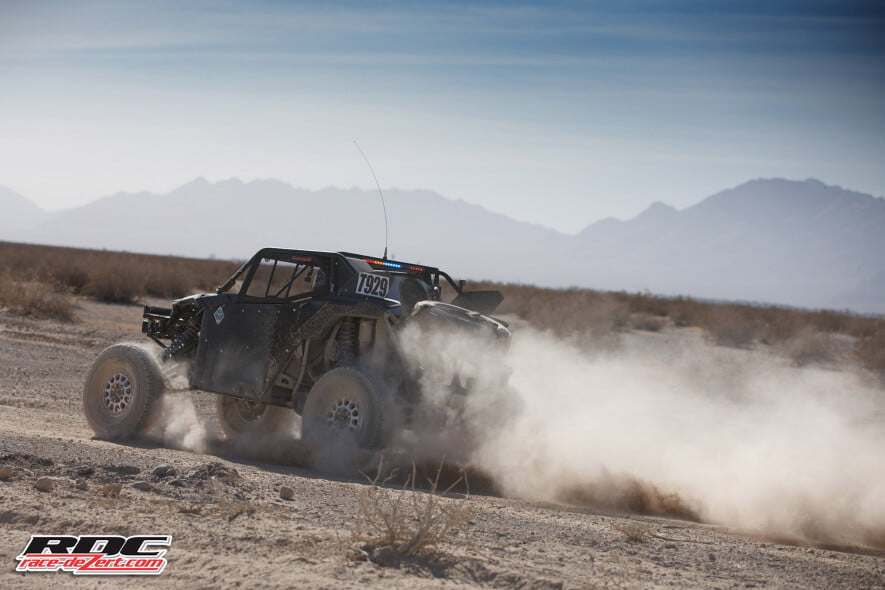 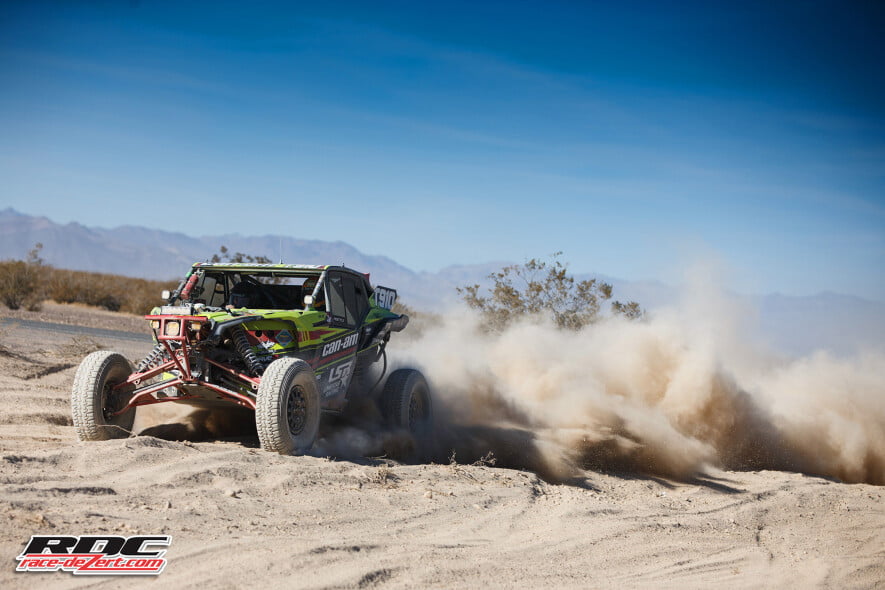 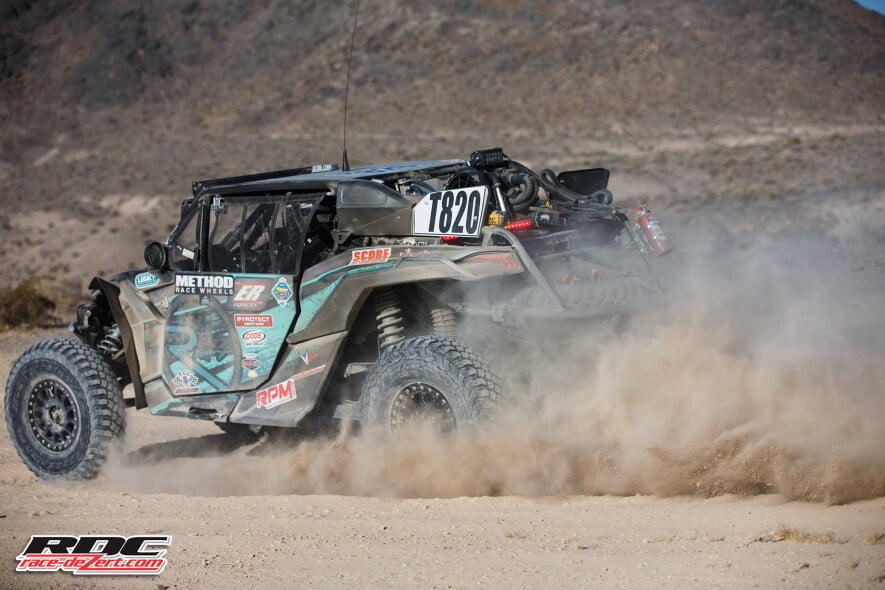 Can-Am went 1-2 in the Turbo class but it was two Polaris drivers who took over the N/A UTV class. While Dodge Poelman worked his way up to lead the race a motor issue would force him to retire at Pit 4. That let Maddie Wedeking take over the physical lead driving her new to her RZR for the first time with Kaden Wells hot on her trail. Wells would get around Maddie halfway through the race and from there but the hammer down taking the win by three minutes. Maddie would finish in second place followed by Tim Fitzpatrick in his Textron UTV. 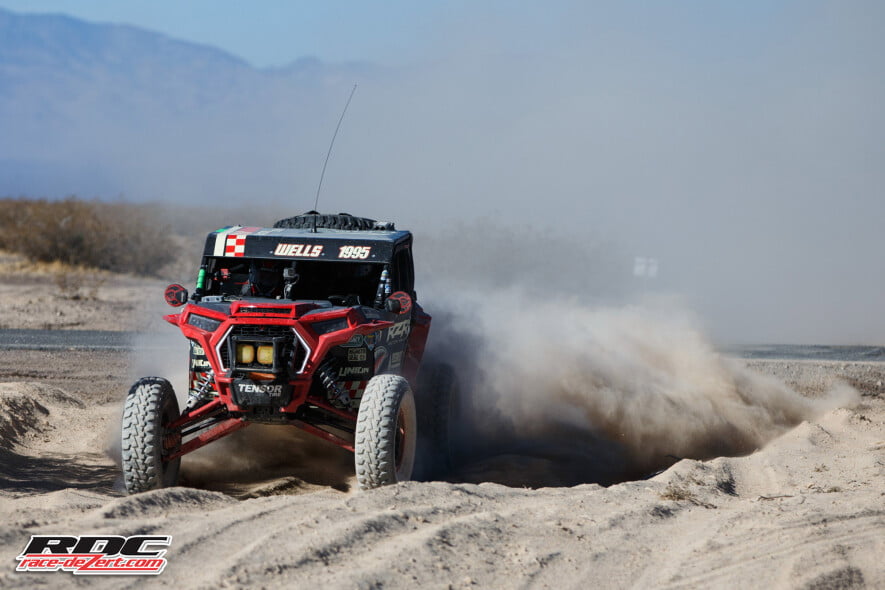 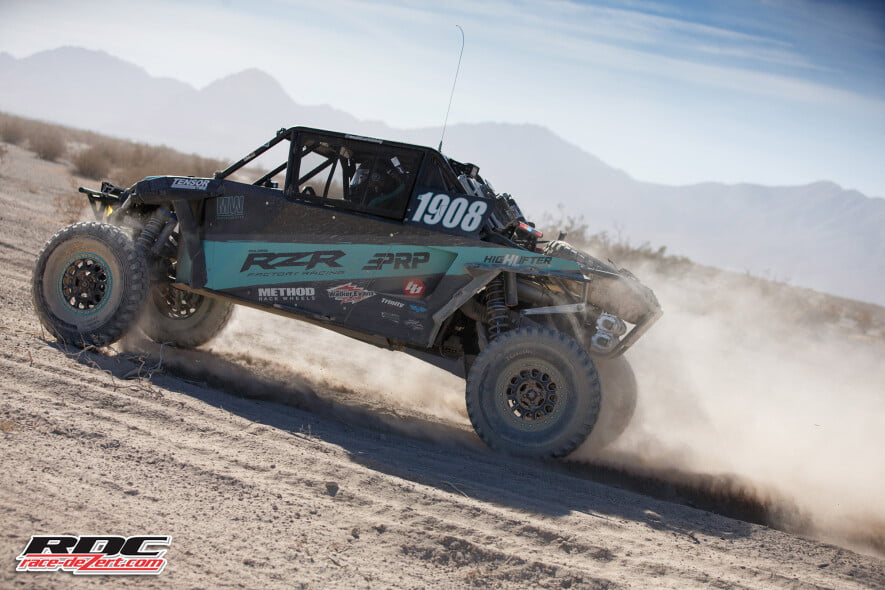 We are really looking forward to what Legacy will do the rest of the year and if this first event is a precursor of whats to come I think racers should be excited to come race the series. From here it can only get better and with some new races later in the year it will be fun to see some new courses. In May they have their Baja Nevada race that will be split up in two days starting near Alamo and finishing in Tonopah on the first day. Day two will see racers start in Tonopah and come back to Pahrump for the finish. Also in September there will be UTV/Moto/ATV race up in Cedar City.

Did we mention that they had live streaming on their Facebook from qualifying and the race? Can only go up from here!