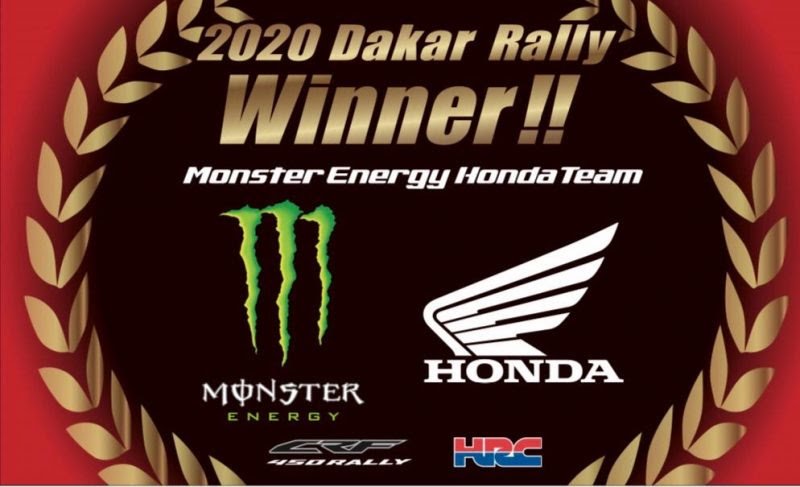 Monster Energy Honda Team has triumphed in the 2020 Dakar Rally! Eight years after the return of the official Team HRC squad to the world’s toughest rally, Honda rider Ricky Brabec has topped the overall podium, having commanded from the start of the rally to the final special held in Saudi Arabia.

With the victory, Ricky Brabec (Hesperia, California, USA) becomes the first ever American rider to clinch the Dakar Rally. The rider concluded this year’s edition with two stage victories, in a rally which he led uninterruptedly from stage three. Consistency proved to be Brabec’s secret weapon, while deft navigational skills and pace aboard the Honda CRF450 RALLY also helped him scoop the most coveted prize in off-road racing.

Monster Energy Honda Team delivered an excellent showing throughout the entire 2020 Dakar Rally campaign. The rally covered some 5000 kilometres of timed special stage and a total distance of 7800 kilometres, where, in addition to the two Brabec stage victories (stages 3 and 6), can be added those of José Ignacio Cornejo (stage 4 and stage 12), Kevin Benavides (stage 7) and Joan Barreda (stage 10), as well as plenty of top partial times, with the Honda squad seizing podium lock-outs on both stages 3 and 10.

This represents the sixth Honda victory at the Dakar Rally after the five clinched in Africa, the most recent occurring 31 years ago: Ciryl Neveu (1982, 1986, 1987), Edi Orioli (1988) y Gilles Lalay (1989) took the previous top honours. In 2013, Honda returned to the Dakar Rally after a 23-year absence. During that eight-year spell, Team HRC has been on the final podium on two occasions: Paulo Gonçalves (2015) and Kevin Benavides (2018) both in runner-up positions.

Shortly, a new press release will be published including rider comments and photos of both the stage and the celebrations. 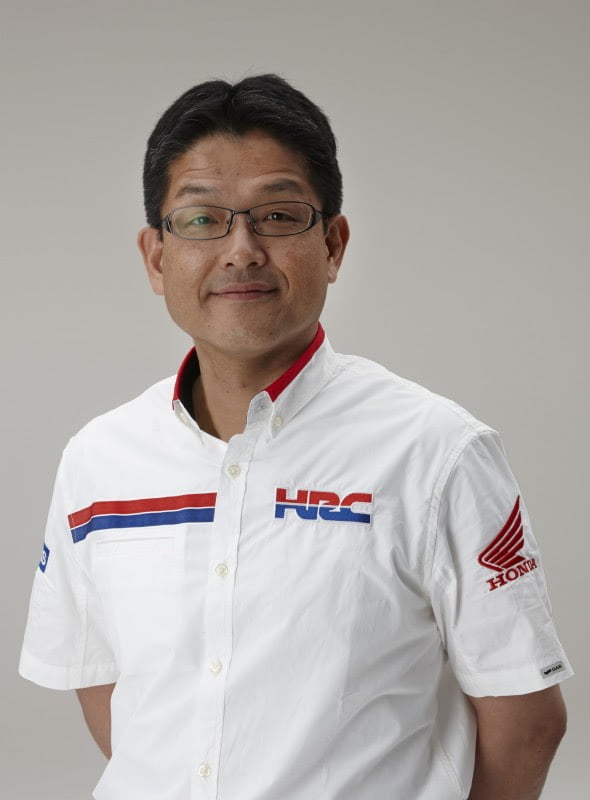 First, I would like to congratulate Ricky Brabec on his victory. Also, I thank Joan [Barreda], Kevin [Benavides] and José [Ignacio Cornejo] on their fine performances. And finally, I thank the team staff and development team for making this win possible. It has been seven years since we returned to the Dakar, and by learning from our losses, and everyone involved working hard, we’ve finally won. The relentless work of everyone involved over the past seven years, in other words a Team Honda effort, made this possible. We must not forget that Paulo [Goncalves] contributed immensely to the first six years, and we thank him, and pray he rests in peace. We are also deeply grateful to all of our sponsors, and our fans worldwide.