Shannon Campbell becomes the only driver in KOH history to take the champion title more than once—he earned his first title in 2008.

Watsonville, CA (PRWEB) March 3, 2011 – FOX Racing Shox sponsored rock racer, Shannon Campbell, wins his second King of the Hammers, becoming the only driver to win the race more than once since its inception four years ago. Campbell charged through the treacherous Mojave Desert, overcoming obstacles that stopped other drivers dead in their tracks, to take the crown with an impressive 31-minute lead over the rest of the pack.

Shannon Campbell shook his head in disbelief, smiling and said, “It’s good to be The King once again. You really cannot believe the beating these shocks take during a race. I could not have done it without FOX Racing Shox’s superior suspension technology and factory race support.” 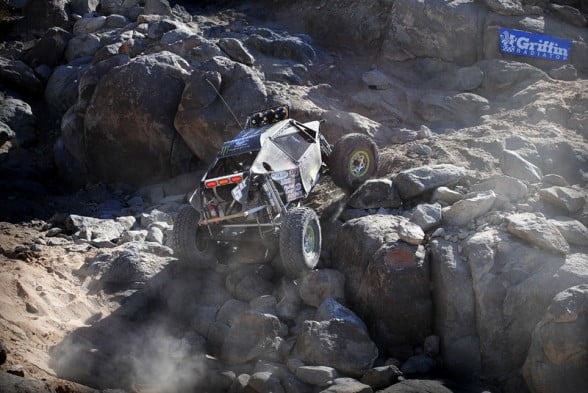 King of the Hammers is a newly formed rock racing event that combines two demanding and distinctly unique offroad disciplines, rock crawling and open desert racing. Suspension setup, as always, is the key to podium success especially when combining two disciplines that span the gamut of the speed spectrum—rock crawling where the pace is slow and methodical to the break-neck speeds reached in open desert racing. The 120-mile course features some of the most inhospitable terrain in one of the world’s toughest deserts, the Mojave, where racers face off against each other through seemingly impassible rock gardens that were formed during the ice age, and then speed across rough stretches of desert hitting speeds of 140 miles per hour. 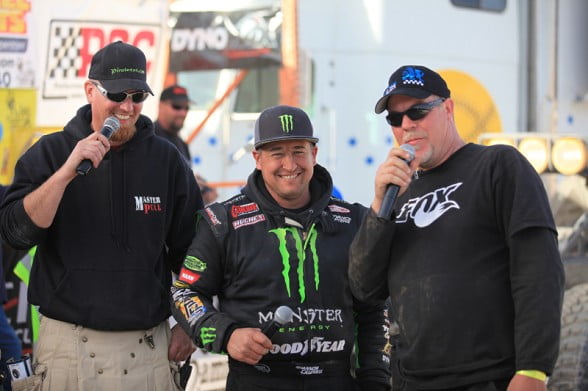 “Racing against such a formidable force like Shannon is exactly what we strive for. We wanted to go head-to-head with the best and that’s what we got. We couldn’t do it without the race expertise of the engineers and factory support team from FOX Racing Shox. We’ll be back faster, stronger, and better than ever before,” Scherer went on to say.

“The King of the Hammers is one brutal test of both the driver and machine and with Shannon’s second win, FOX Racing Shox has won it three out of the four years it’s been in existence,” said John Marking, VP of Offroad at FOX Racing Shox. “We’ll be working hard with our drivers to continue to own this event.” 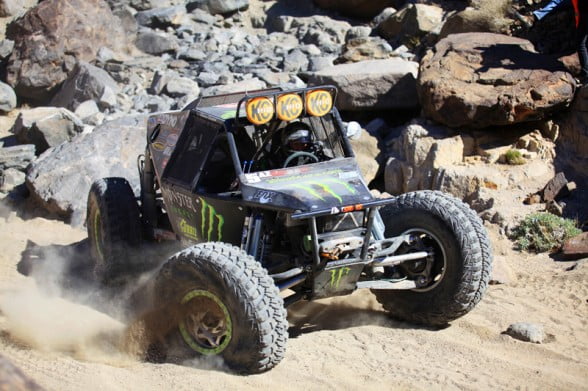 For over three decades, FOX Racing Shox has been the industry leader in the design and development of high performance shock absorbers and racing suspension products for ATVs, Motorcycles, Mountain Bikes, Offroad trucks and cars, Snowmobiles and UTVs. In 1974, Bob Fox started racing his products in motocross and they haven’t stopped racing since. FOX Racing Shox equipped vehicles and racers have stood atop podiums in every sport they have competed in — from the sands of Baja to the dunes of Dakar. FOX’s team of engineers perform rigorous tests with their athletes year round, and the data FOX collects from performance testing and the application of that knowledge to their products is what separates FOX Racing Shox from every other suspension company. World Headquarters are in Watsonville, CA with its Offroad Division in Santee, CA. FOX Racing Shox distributes its products in more than 40 countries.