Freak weather makes an impact on the stage result 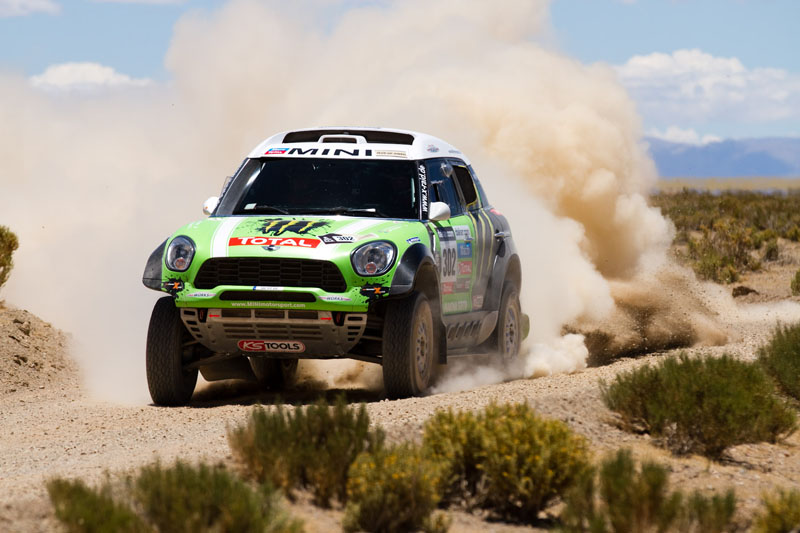 As early as yesterday evening, the race control decided for cancelling the first 288 kilometres of today’s special stage. In this section, the competitors were supposed to cross dried up riverbeds – but following heavy rain, these riverbeds weren’t dried up any longer and couldn’t be crossed. Consequently, the field drove right to kilometre 288 that was used as new starting point of the special stage.

But things also proved to be difficult during the remaining 183 kilometres. The first cars could complete the special stage without encountering major problems but then, as a result of torrential rain, another riverbed was filled by water. “Stéphane and we just made it across the riverbed,” said Paulo Fiúza. While Nani Roma succeeded in working his way across the river that just had come into existence. “I used the rocks as orientation. There you will find solid ground,” said the Spaniard. “Many others, however, got stuck in the mud.” “ 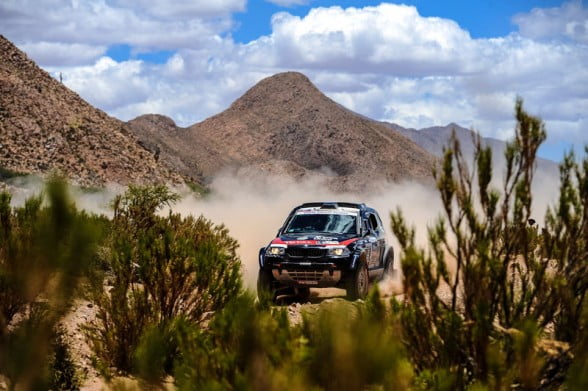