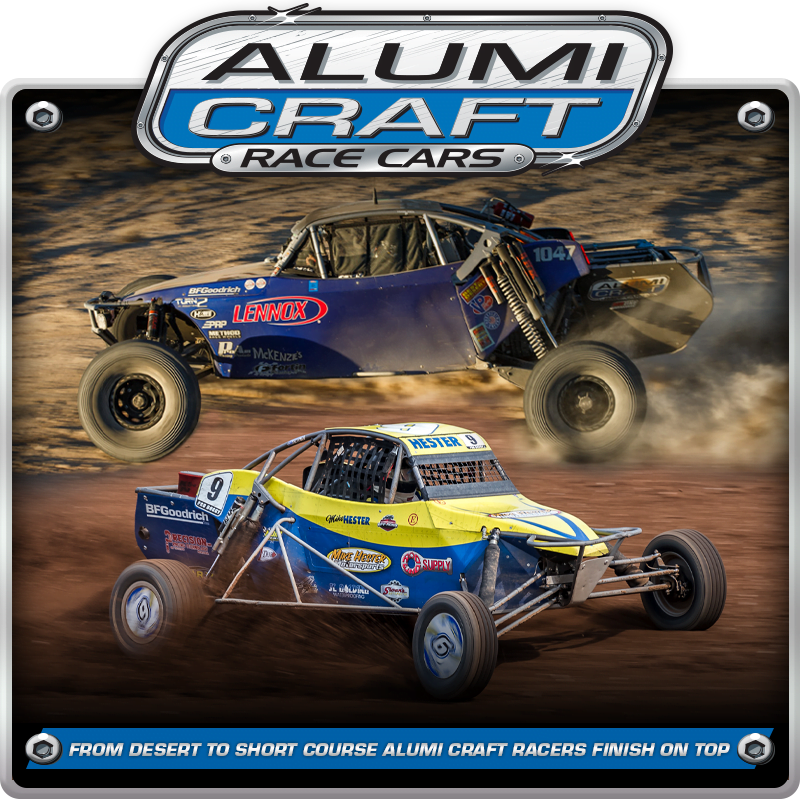 Alumi Craft Racers took on the “Longest Off Road Race in the United States,” known as Vegas To Reno and came out on top. In the #1047 Alumi Craft, Jared Teague, Geoffrey Cooley and Ryan McCoskey was the victor and bested 25 competitors in the Class 1000 division. The #1066 Alumi Craft of Freddie Willert placed 2nd on the podium with another four Alumi Craft Race Cars in the Top 10, including Brett Jeffers in 4th, Conner McMullen 5th, with Ethan Hagle and Brent Fox rounding out the Top 10. 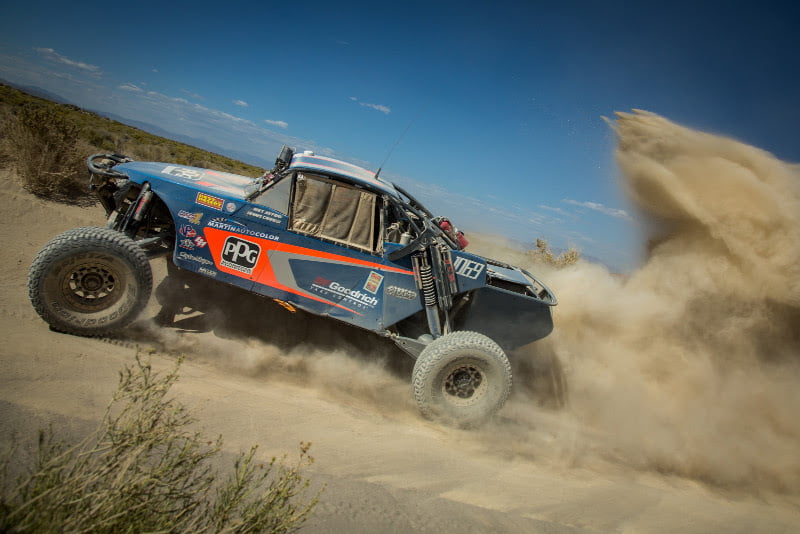 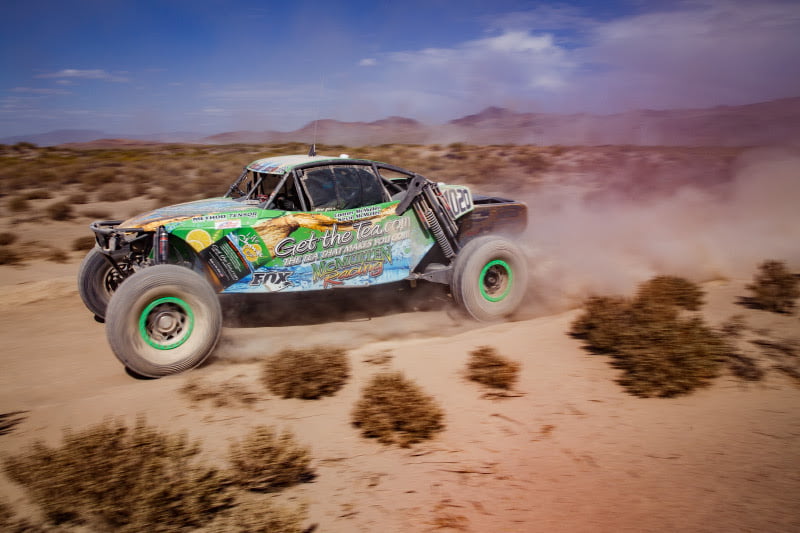 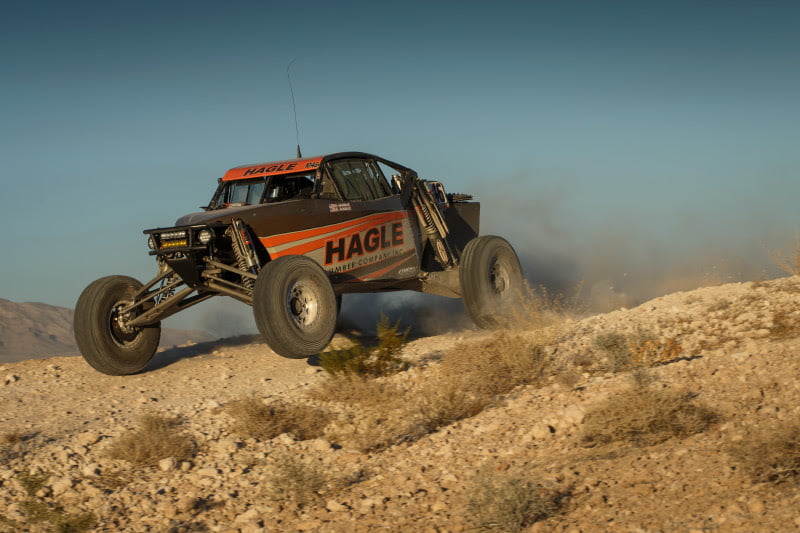 Sanctioned by Best In The Desert (BITD), Casey Folk’s Vegas To Reno Presented By FOX featured a point to point 550-mile course. Starting just south of Beatty Nevada and ending in Dayton Nevada, racers battled the elements all day testing man and machine leaving many racers finishing after the sun went down. 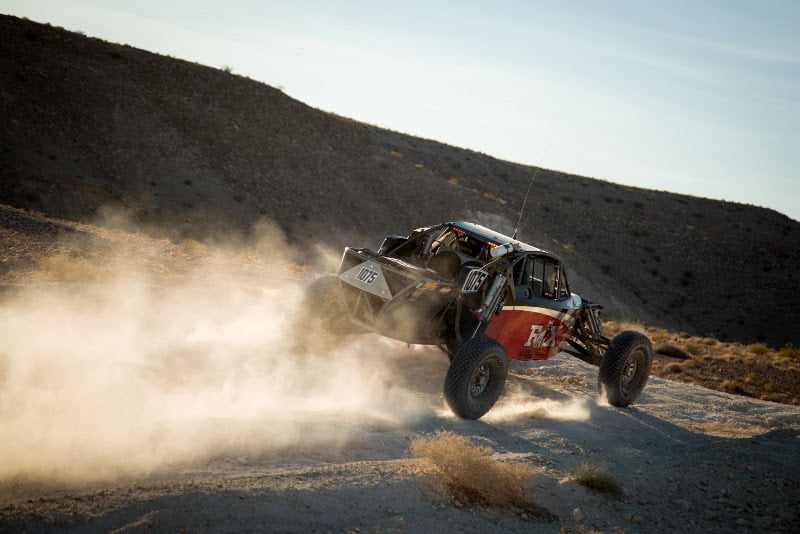 There were 22 pre-registered in the Class 1000 ranks, and 25 entered into competition with 19 official finishers completing the event. Jared Teague was fastest across the finish line with 9 Hours, 30 Minutes, and 50.464 Seconds on course. Willert was not far behind on time at plus 3 Minutes, and 08.726 seconds on the clock.

Jared Teague commented on the win; “Our Alumi Craft 10 Car was perfect all day. We had no flats, no failures, and just a flawless day. The entire driving crew gave 110% taking care of the car and tires. The pit crews were on point on the pit stops all day. And that is the only way to win in Class 10 anymore. You have to be perfect. Our team is always on point, and the Alumi Craft is always race-ready any time we go to battle.” 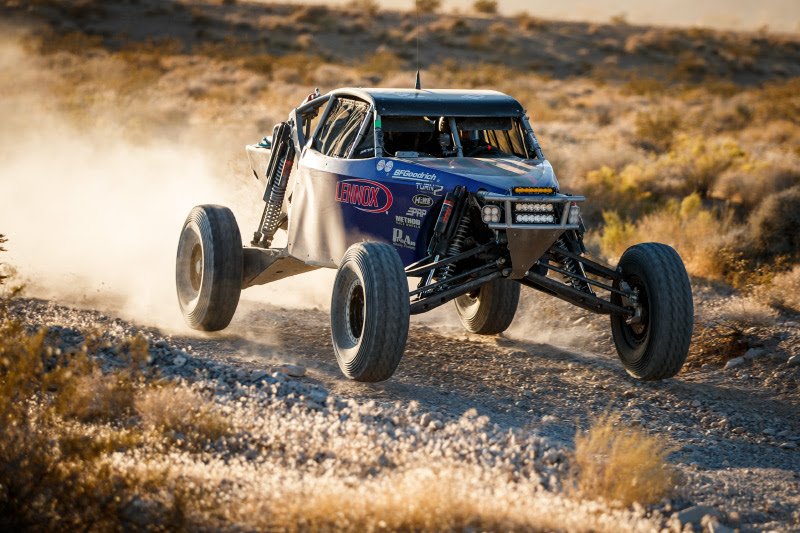 Freddie Willert shared about what it took to make it on the podium; “The Alumi Craft Buggy performed amazing and appeared to have finished the race unscathed. The biggest challenge for us was the dust (as it probably was for everyone). Stan Potter started the race for our team and went to Race Mile 326. I got in and took it to the finish. The dust appears to have clogged the filter in our parker pumper and created dust inside the helmet and lens. The other challenge was the rain and muddy conditions during the last 15-20 miles. I got mud inside the visor when I was trying to clean the dust off, so I had to run the last part of the rain with no visor. Other than that, we had no other issues and glad to be on the box.” 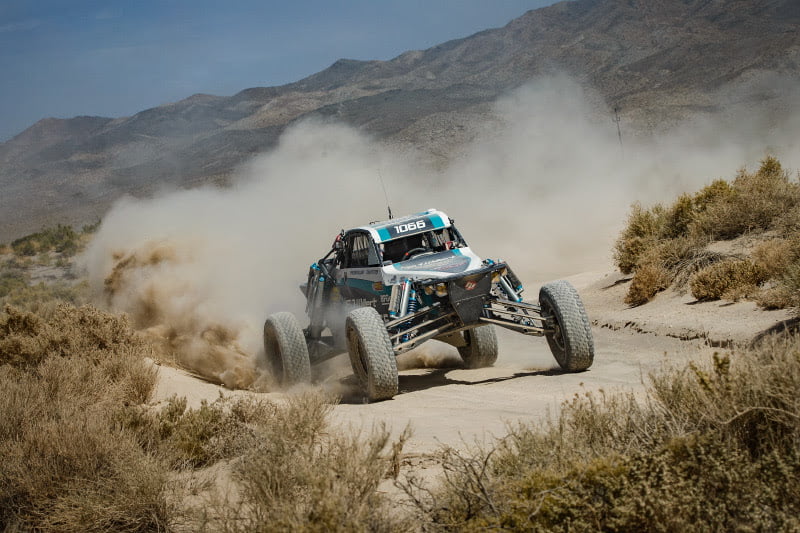 While the Alumi Craft Class 10 Racers were holding it down in Nevada’s desert, Alumi Craft Pro Buggy Racer Michael Hester locked up another pair of short course wins sweeping the weekend at ERX Motor Park in the Championship Off-Road series. Hester has been on it all year with an impressive performance and continues to show he is the one to beat. “We started last on the grid but was able to come from behind for the win and set the fastest lap each day,” Hester stated. “I love the Alumi Craft Pro Buggy. It is so much fun to drive and looking forward to Crandon World Championships.” 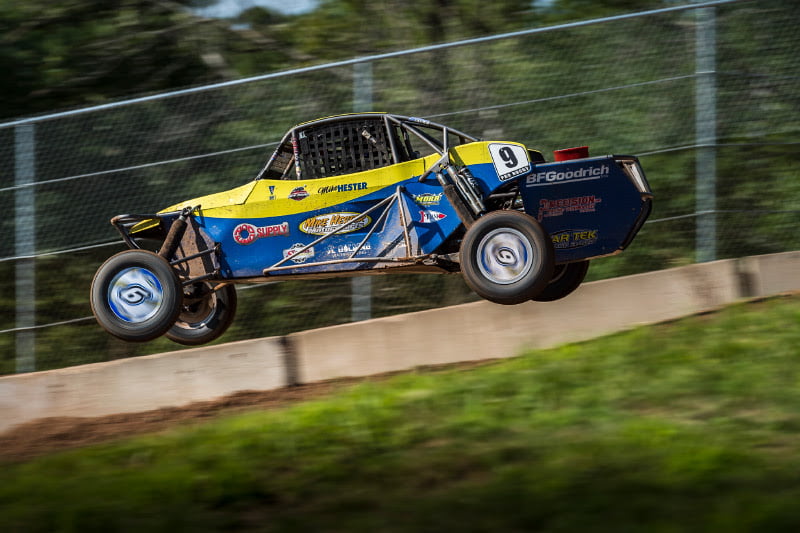 No matter if you are racing in the roughest deserts or on the groomed short course, you need an Alumi Craft Race Car to get you to the finish line first. If you are looking to take on a competitive challenge such as off road racing, get in touch with Alumi Craft Race Cars for an expert consultation on what is needed to win races. Give Alumi Craft a call at 619-596-9841 or go to: http://alumicraft.info/ to find out more about our race products and services.