Everyone seemed to have the Baja 1000 on their minds at the 2nd running of the SCORE Baja 400. Getting a good finish would mean a starting position up front when they head to La Paz in November. Once the green flag dropped, it became more than just a qualifier. It was survival of the fittest. Earning a top spot would be more than just a formality. There was 400 miles of rough, technical, and demanding terrain to contend with. Those who managed to get to the finish line were glad it was over. Those who didn’t could only wish they were there. Up front it was all Bryce Menzies. He qualified first, started first, and finished first, but it wasn’t easy. Bryce admitted in the late going he started to lose focus. That’s dangerous when you are running at those speeds on tight twisty trails, and with a bunch of hungry Trophy Truck drivers on your tail. Fortunately for Bryce, they also had issues; nobody got out unscathed. “Towards the finish I started making small mistakes,” said Bryce. “I don’t know what was going on; I just wasn’t in it, and he started catching me (Luke McMillin). I actually got stuck in a really tight section and had to back up. When you back up a four-wheel drive vehicle, it only goes into two-wheel drive, so I almost got stuck and I started to panic, but my main man over here (navigator Oren Anderson) called every single corner, every single note, really coaching me and helped me get to the finish line. This one was technical. A lot of turns, a lot of technical sections, I really had to pay attention to every single corner; you had to pay attention every minute. We have the number one starting position for the B1K. We’ve been chasing a win for 10 years, hopefully this is our year.” Watching Bryce pull through the turns with his all-wheel drive Mason Trophy Truck was incredible. We are heading into new territory with these 4wd trucks, and the big horsepower they have. 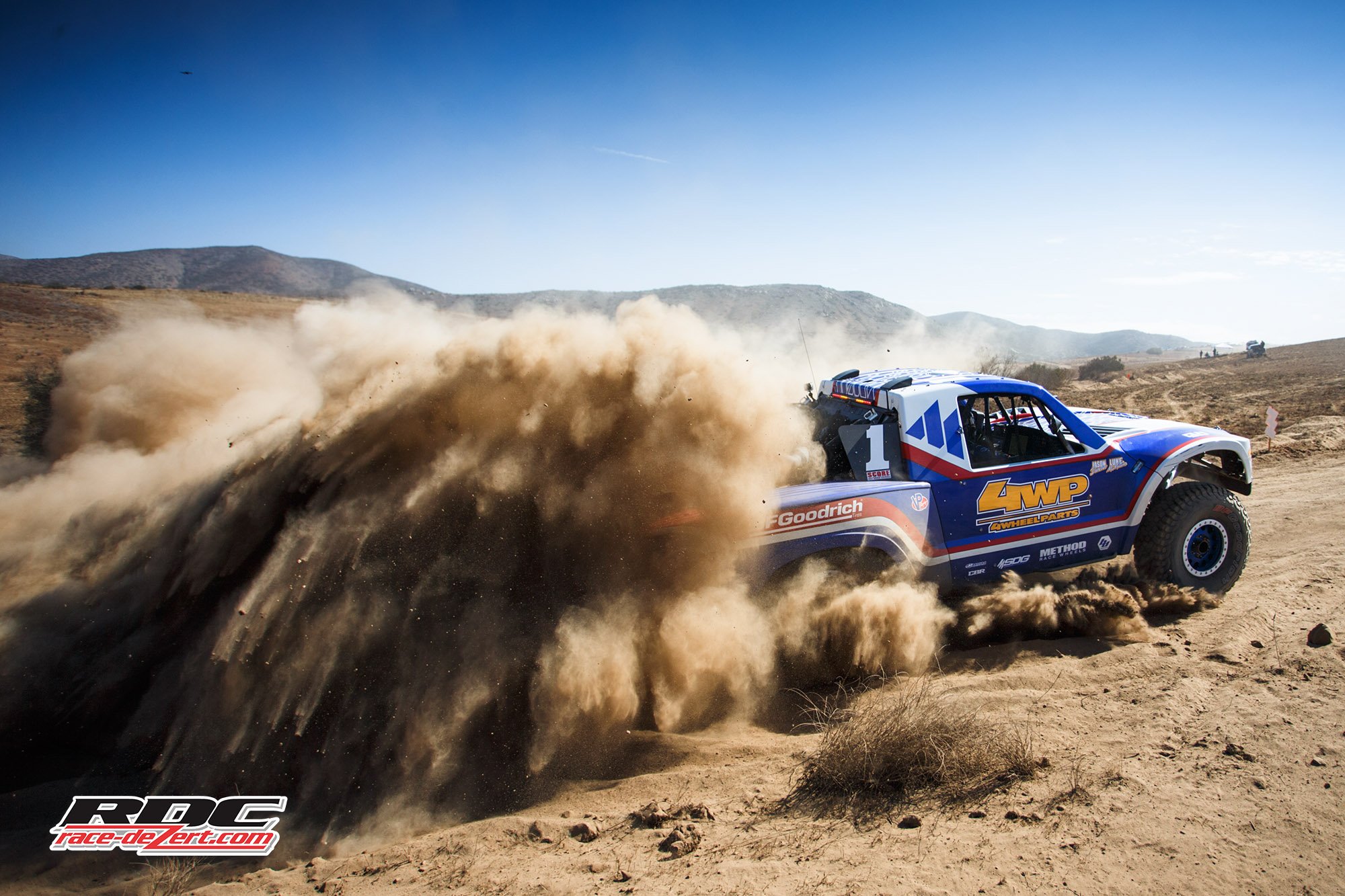 Chasing Bryce all day was Luke McMillin, also in a Mason 4wd. The defending champ does not give an inch to anyone, and the 400 would prove no different. He had a flat tire which dropped him back a bit, but still in second. The gap grew to 8 minutes at one point, but Luke took back 5 which wasn’t easy considering the pace that Bryce was setting. It was only Luke’s second race in the 4wd. He’s managed to run up front both times. He had the red mist flowing a little too much at the 500 while battling for the win with his cousin Andy, but this time he ran smart, and got the finish he needed. Luke will be racing with Rob MacCachren at the 1000. 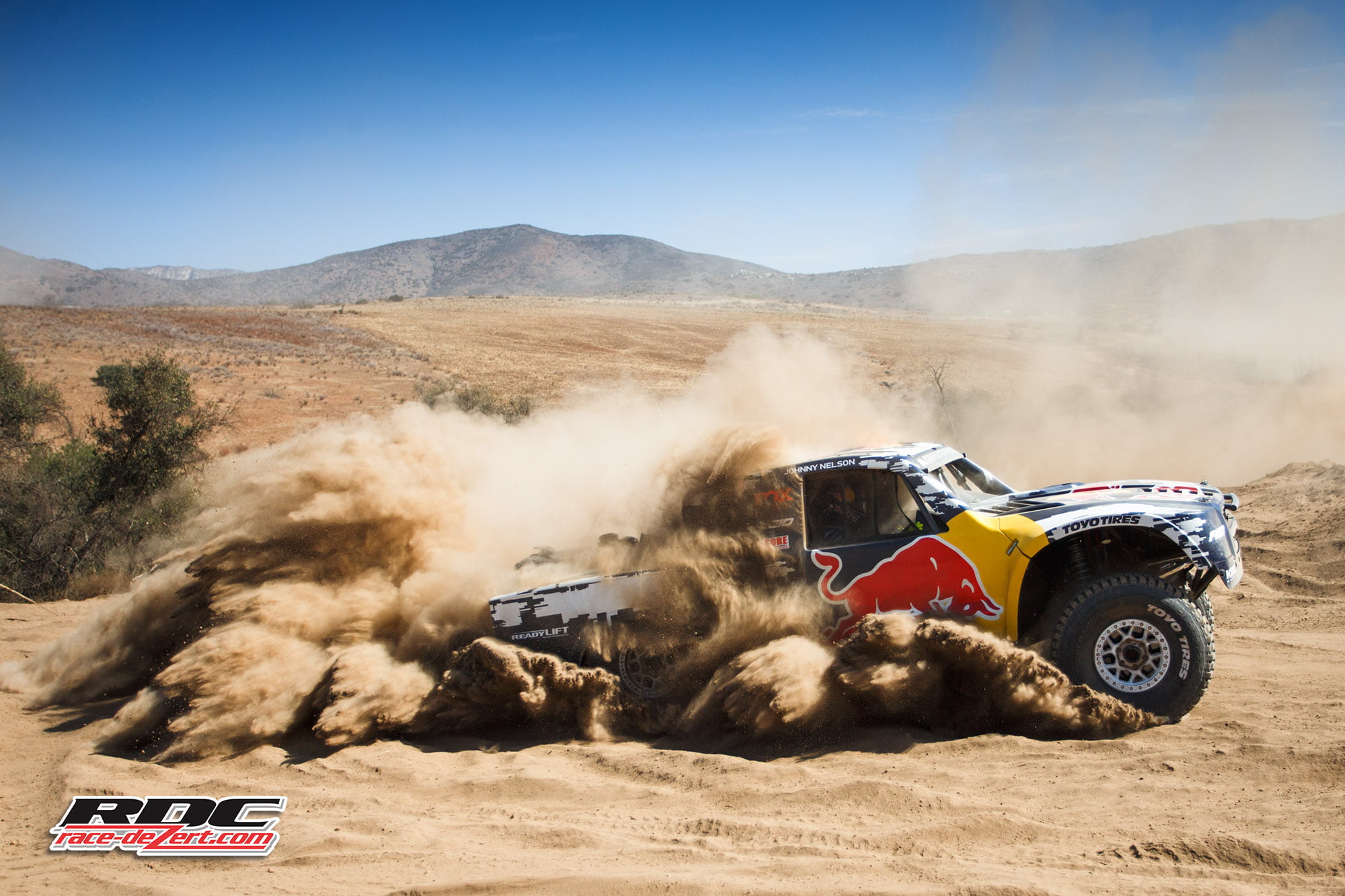 Speaking of Andy McMillin, he got a flat tire during qualifying and had to start in the back. He was picking his way through the pack with Justin Lofton (who suffered the same fate) when tragedy struck. Andy went off course and crashed hard. Thankfully both he and co-driver Johnny Nelson were OK; a testament to quality truck construction, and excellent safety gear. Andy posted that he would make a statement about the crash after he checked the in-car footage which leads us to believe that even he doesn’t know what happened. 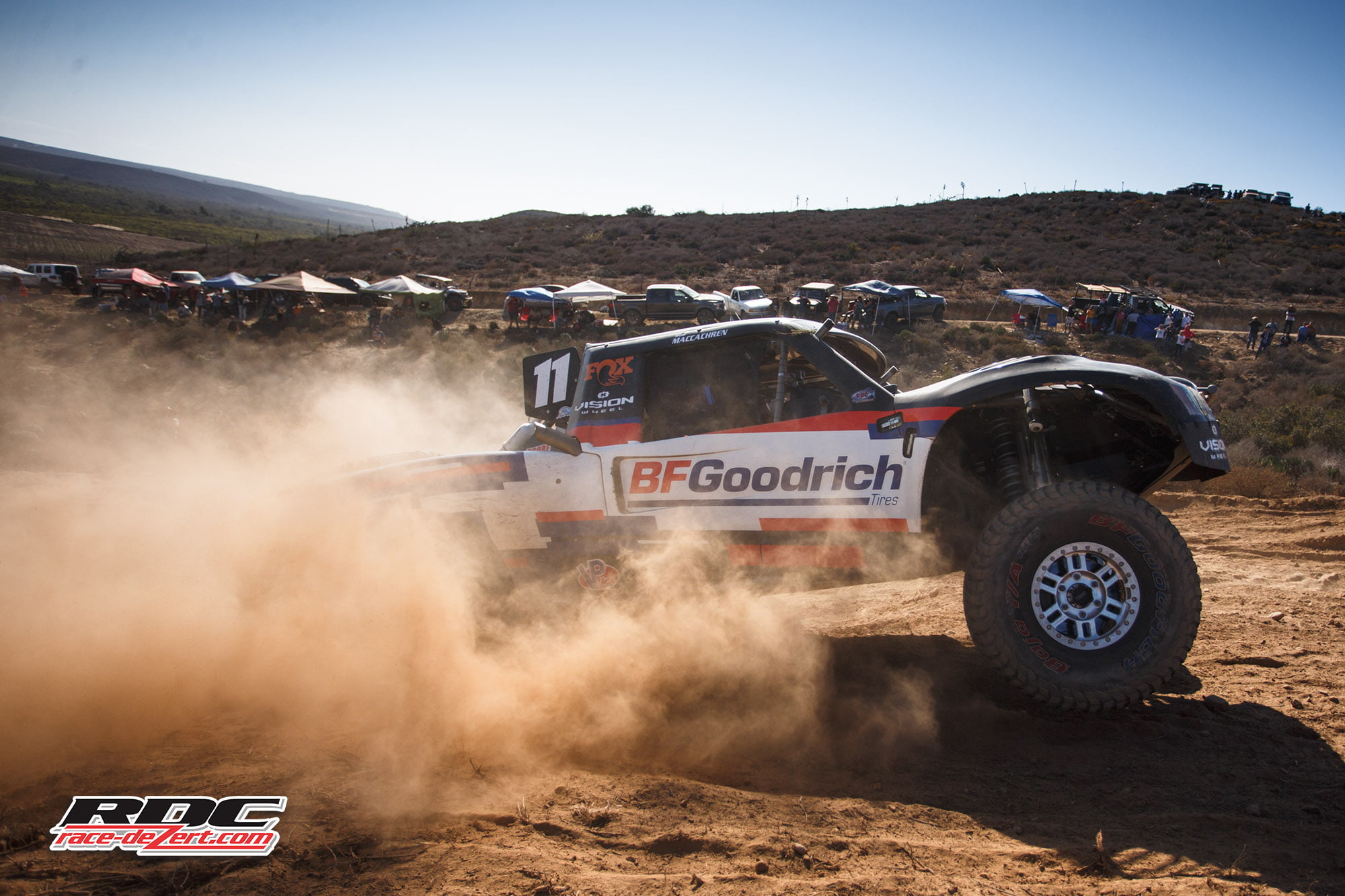 The Trophy Truck podium was filled out by the GOAT (greatest of all time), Rob MacCachren. Being able to stay ahead of all but the two up front in an older 2 wheel drive truck says boatloads for Rob. Especially in such demanding conditions that favor all-wheel drive. “We started 5th and had no problems,” said Rob. “We got held up behind Robby, he was stinking up the road, but we got past him at Mike’s, Luke and Bryce were already gone.”

Dan McMillin had a solid 5th place finish behind Alan Ampudia, but since Brother Luke is teaming up with Rob Mac, Dan will start in the coveted 4th spot. Jax Redline finished physically 4th behind Rob Mac, and could have got him on time for 3rd, but penalties dropped him back to 10th place. 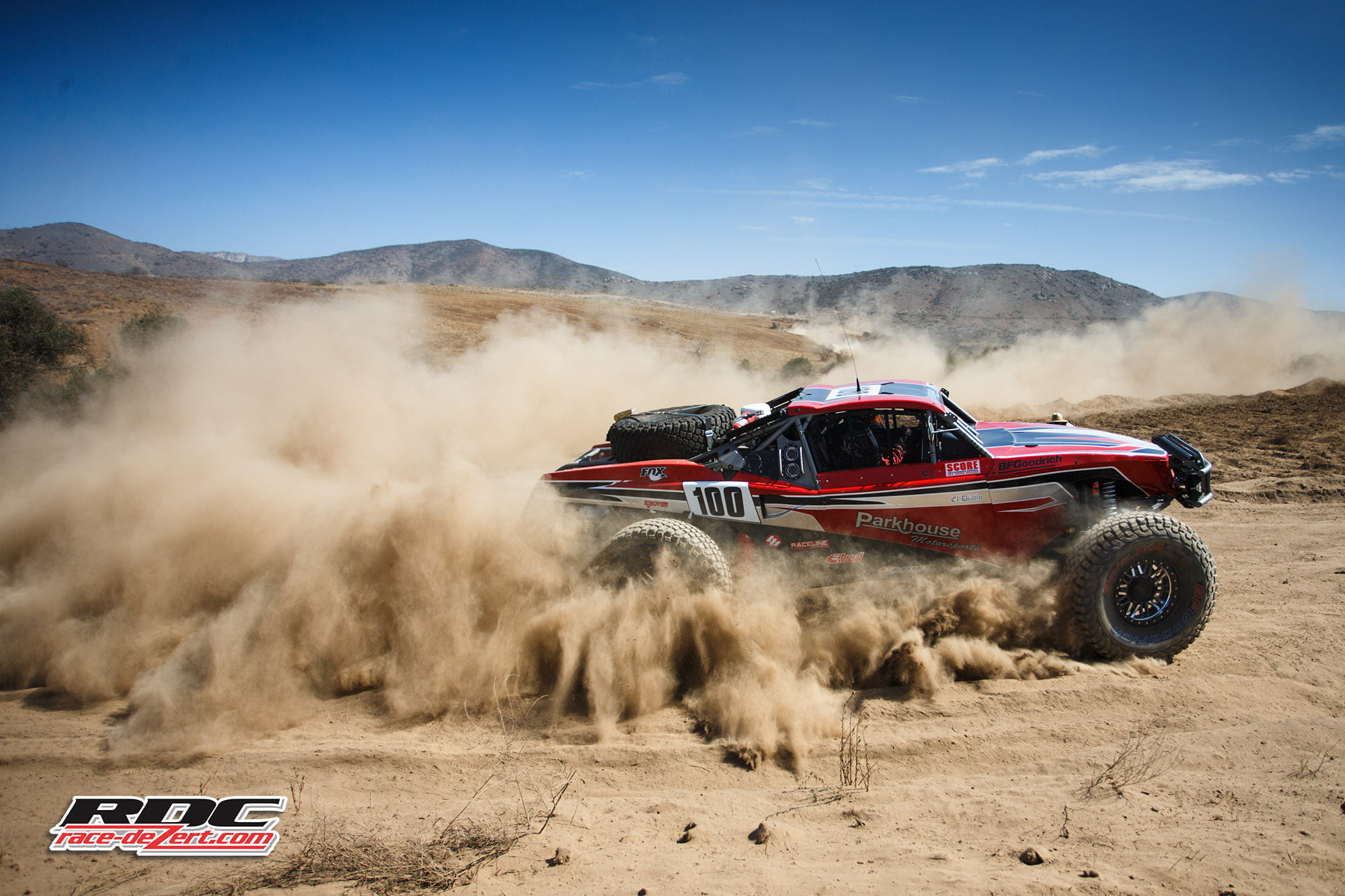 In the Trophy Truck Legends class, Rolf Helland has been perfect all season with 3 straight wins including the 400. Let’s hope he and Rick D Johnson can get a perfect season at the Baja 1000, wouldn’t that be incredible! Class one saw Cody Parkhouse with the win followed by the veteran Brendan Gaughan in 2nd, and Cody Reid 3rd. Cody Parkhouse started the race, Brian Parkhouse brought it home. “The beach was fun, we got to really open it up,” said Brian. “Uruapan was rough, tight, and technical. With the sun going down, you couldn’t see anything.” Cody Reid drove the entire way, and lost several fuel pumps all along the way. Mason Cullen finished 4th, but only after Father Matt had a rollover crash “We must have missed a hole during course marking,” said Matt. “Madix Bailey stopped and pulled us back over. It looks like whoever wins the 1000 will take the class one championship.” 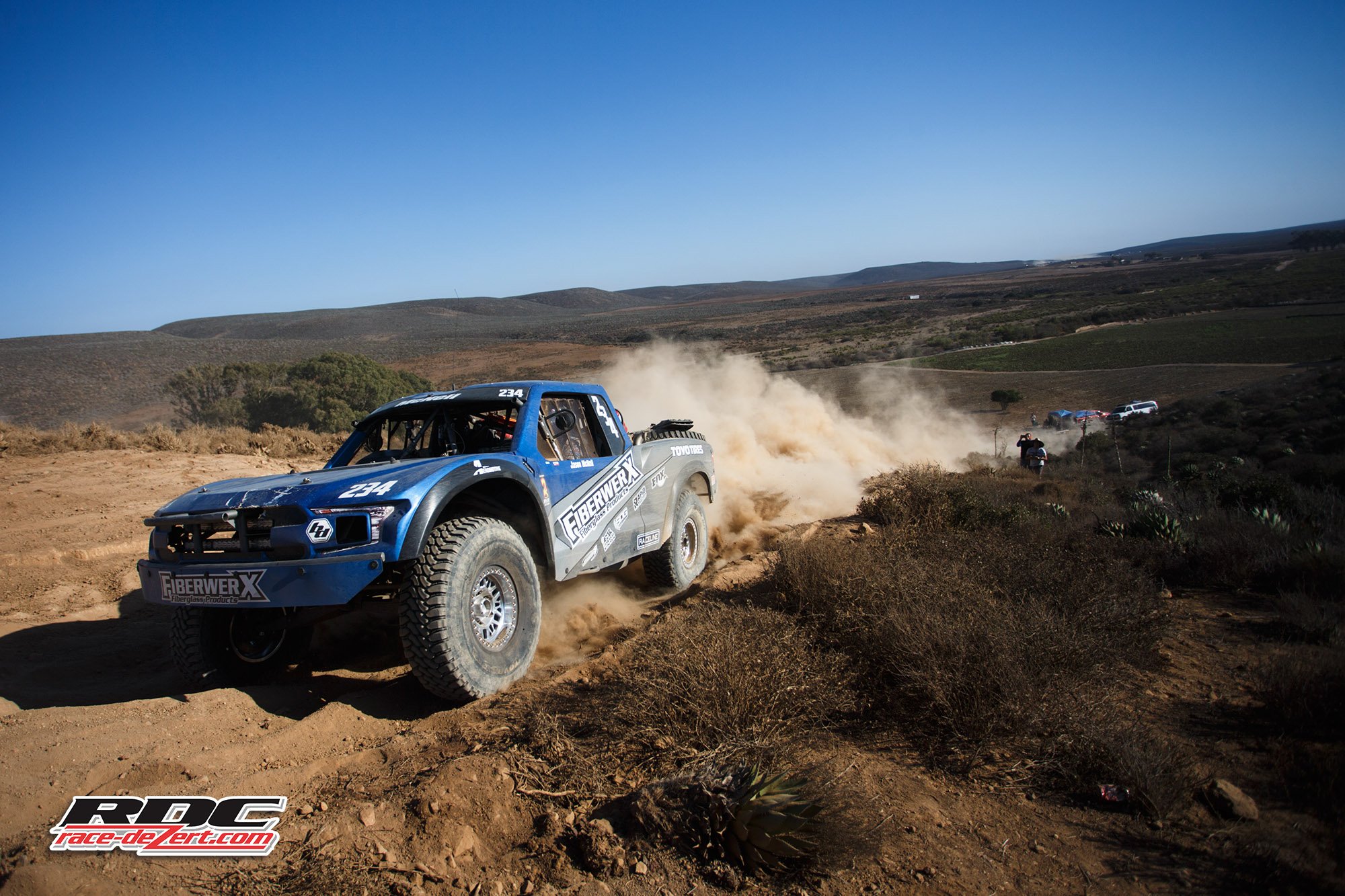 In the Trophy Truck Spec class, Jason McNeil had another win, his second in a row. He took a minute to thank his friend Pete Sohren who was tragically killed in a non-racing accident in 2019 for opening doors for him when he started racing. Right behind McNeil was Ryan Hancock who also finished 2nd at the 500. McNeil was 10th overall, Hancock 11th. Bryce Swaim finished 3rd. 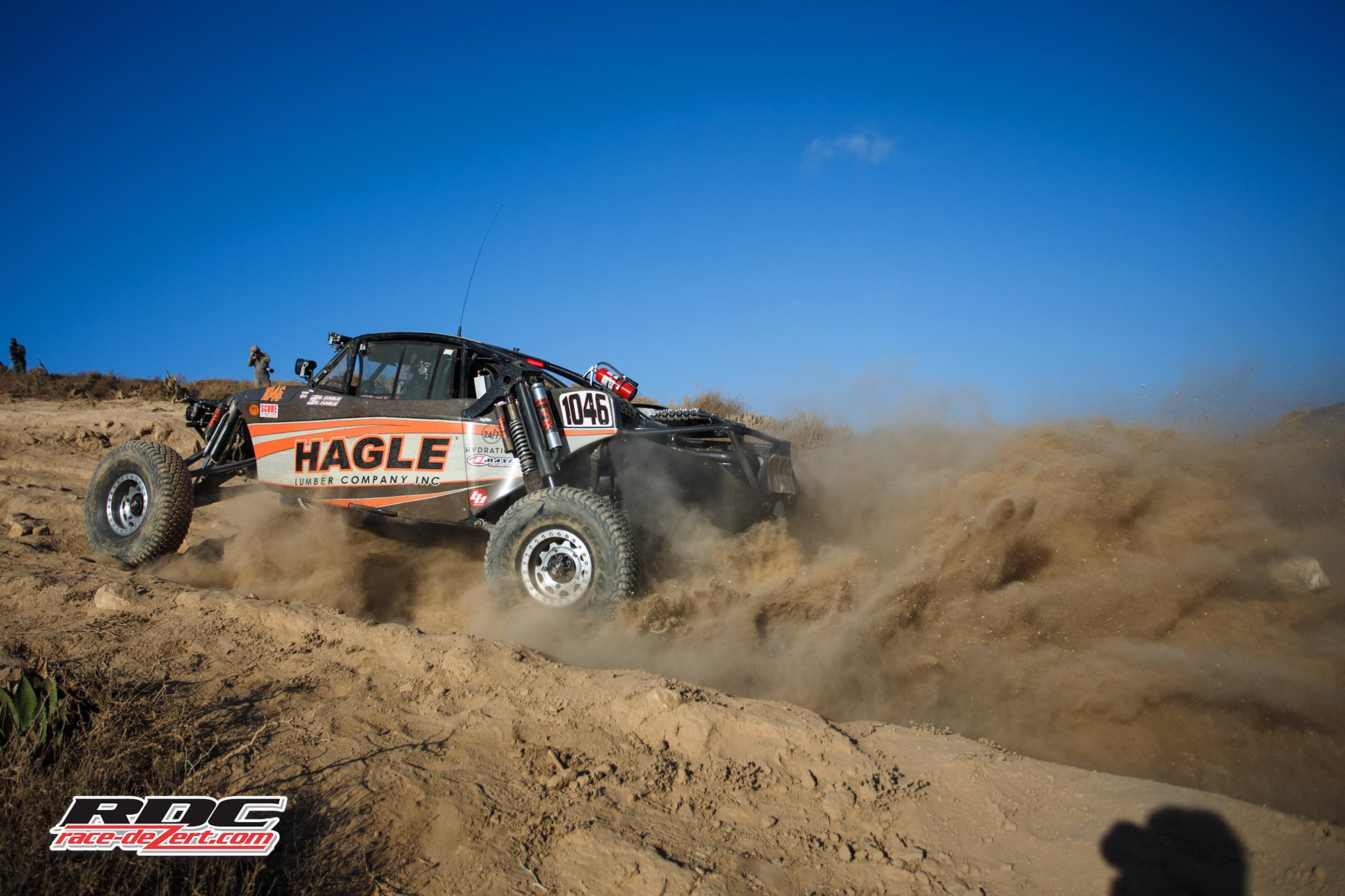 Todd Winslow crossed the line first in class 10 in son Matt’s Alumicraft, but said there were some fast guys behind him. Those guys were Brothers Ethan, and Ben Hagle. They crossed the line second, but beat the Winslow’s on time for the win. They started way back in the 13th spot. Hiram Duran finished 3rd. He got hit from behind; bending his shock, but was able to limp it in for the podium finish. 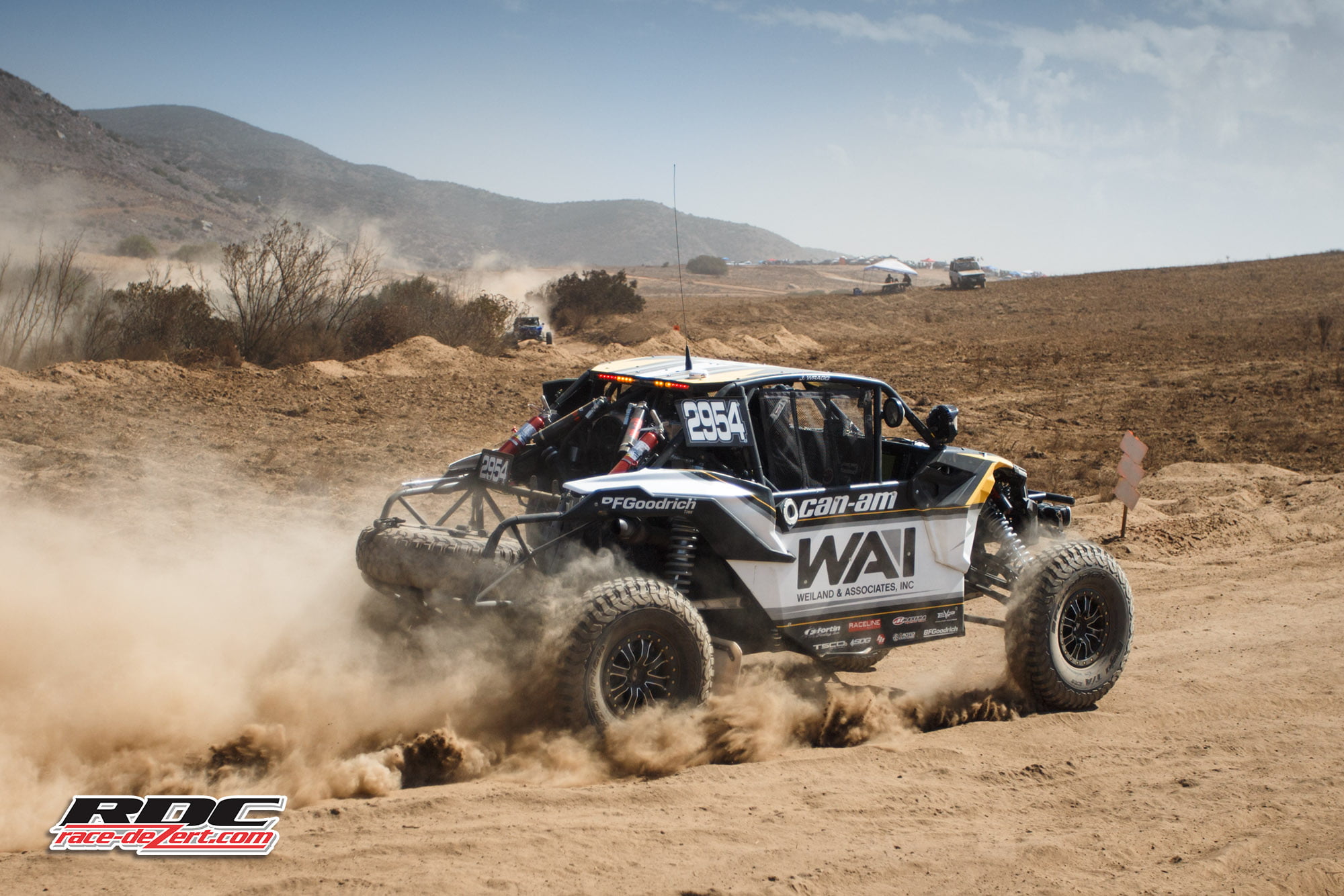 In the turbo UTV class, Austin Weiland took the win. He just won at Vegas to Reno; establishing himself as a serious threat. He started the race all the way back in 20th, but took the UTV overall. Phil Blurton decided at the last minute to come down and race. They signed up on Friday in Ensenada, and drove a brand new car with zero miles on it. It says a lot about his No Limit shop that he can build a car and finish such a grueling race with no test miles on it. Justin Lambert finally had a good finish; he has been struggling in Baja lately. He was on the turbo class podium in 3rd. In the NA class, Kaden Wells had a great race for the win. He finished over an hour ahead of second place Paul Barnhart Jr. Kristen Matlock was 3rd after battling problems all day. She was impressed by how well her team handled adversity. Other UTV winners were Mike Cafro in Pro Stock, and “El Chapo” Justin Elenburg in Pro UTV Open.

A pair of Baja 400 winners need to be mentioned. First is Justin Park who took his second straight win in his Bilstein Ford Ranger. Anyone watching the live feed at midnight had their speakers blown out by Justin’s vocal exuberance on the podium; most drivers looked like zombies. The second winner is Alex Gonzales. He also took his second victory in a row. Anyone who can make it to the finish on such a brutal course driving a stock VW class 11 is simply amazing. Hats off to Alex and his team for making it happen. 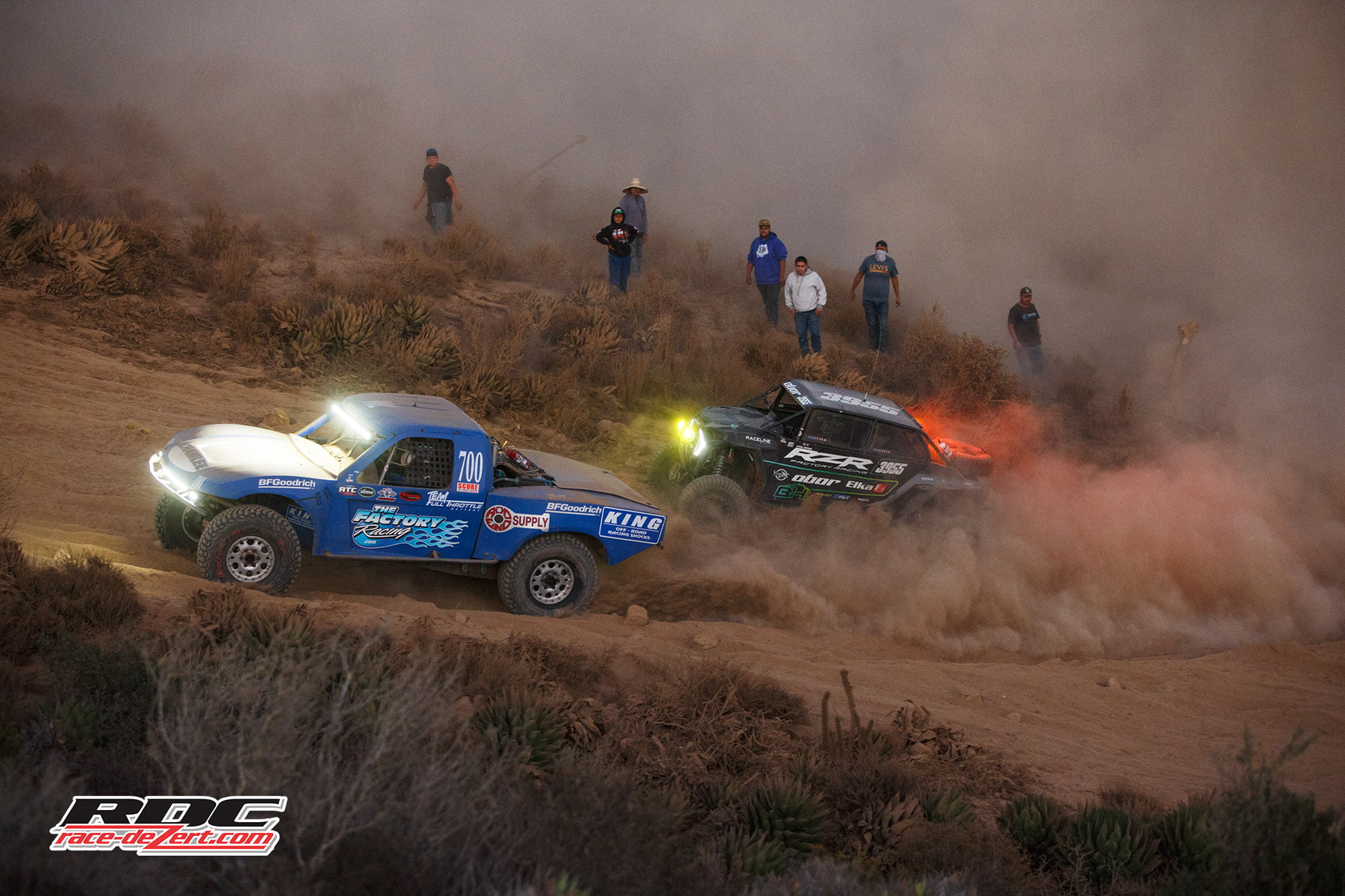 Many teams were at the 400 just to lock up a good starting position at the Baja 1000. They got much more than they bargained for on a course that was as tough as they come. Let’s hope it pays off for them at the 1000 in November.