PUEBLO CATAVIÑA, BAJA CALIFORNIA MEXICO-For the eighth consecutive year BAJA RALLY Presented By Rally Comp continues to grow the sport of rally racing in Mexico as the longest running competitive rally raid in North America. For 2020 the competition board has tripled down on the Valle de Los Cirios and named Hotel Mision Cataviña the epicenter of the “the rally” by hosting the first 3 nights of remote bivouac facilities and lodging.

San Felipe remains a key asset for BAJA RALLY and will host the closing stages and final bivouac with Kiki’s Camp and Hotel San Borja named as tentative hosts. Only bona fide competitors and teams that have submitted entry applications will be guaranteed lodging accommodations.

With more than 4 months leading up the first green flag in Ensenada, BAJA RALLY organizers choose to focus on Cataviña and according to general director Mauricio Parra, this is no coincidence.

“We’ve had great luck in Cataviña as we have with every other host pueblo”, Parra explained, “Our racers and teams truly feel at home here at Hotel Mision Cataviña, the staff is like family and the restaurant has been a top favorite for more than 5 years”.

Parra said his team is committed to expanding the development of their relationships in San Felipe and excited about starting the final stage from the famed seaside port. 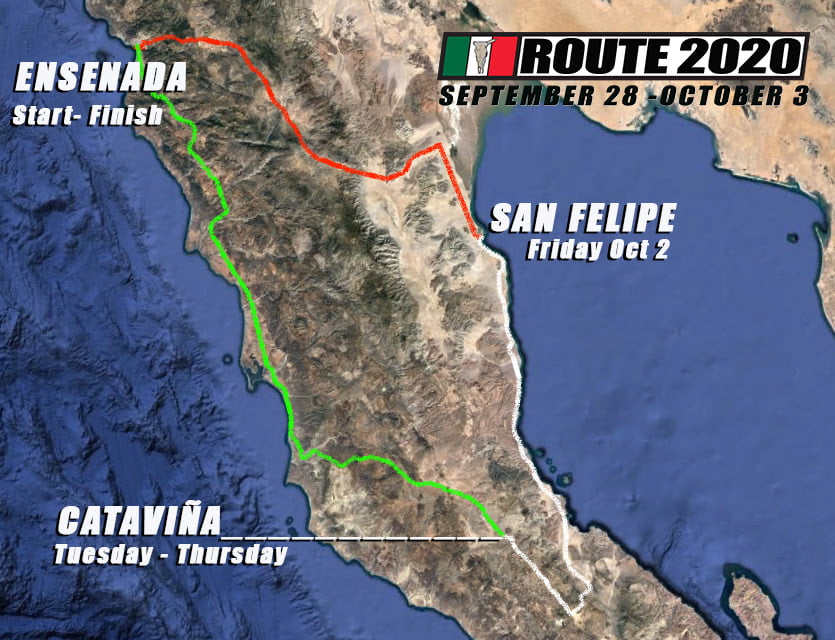 What makes BAJA RALLY’s groundbreaking category newsworthy is the ease of entry for adventurists and racers who want to make the move to rallies without taking a massive leap. But there is more: the anticipated higher average speeds for competitors entering this division without compromising safety. Using the RALLY COMP platform alone to guide racers and warn them of dangers makes for less information processing and more time to focus on the terrain ahead as opposed to laboring over elaborate roadbook notes for up to 7 hours on challenging stages.

“We know the ENDURO COMP category will springboard in 2021 so we are priming the competitive community as we roll it out as a proof of concept trial this year”, explained Race Director Victor Orellana “It’s got all the best parts of rally raid but with less investment required and overall higher safety component”.