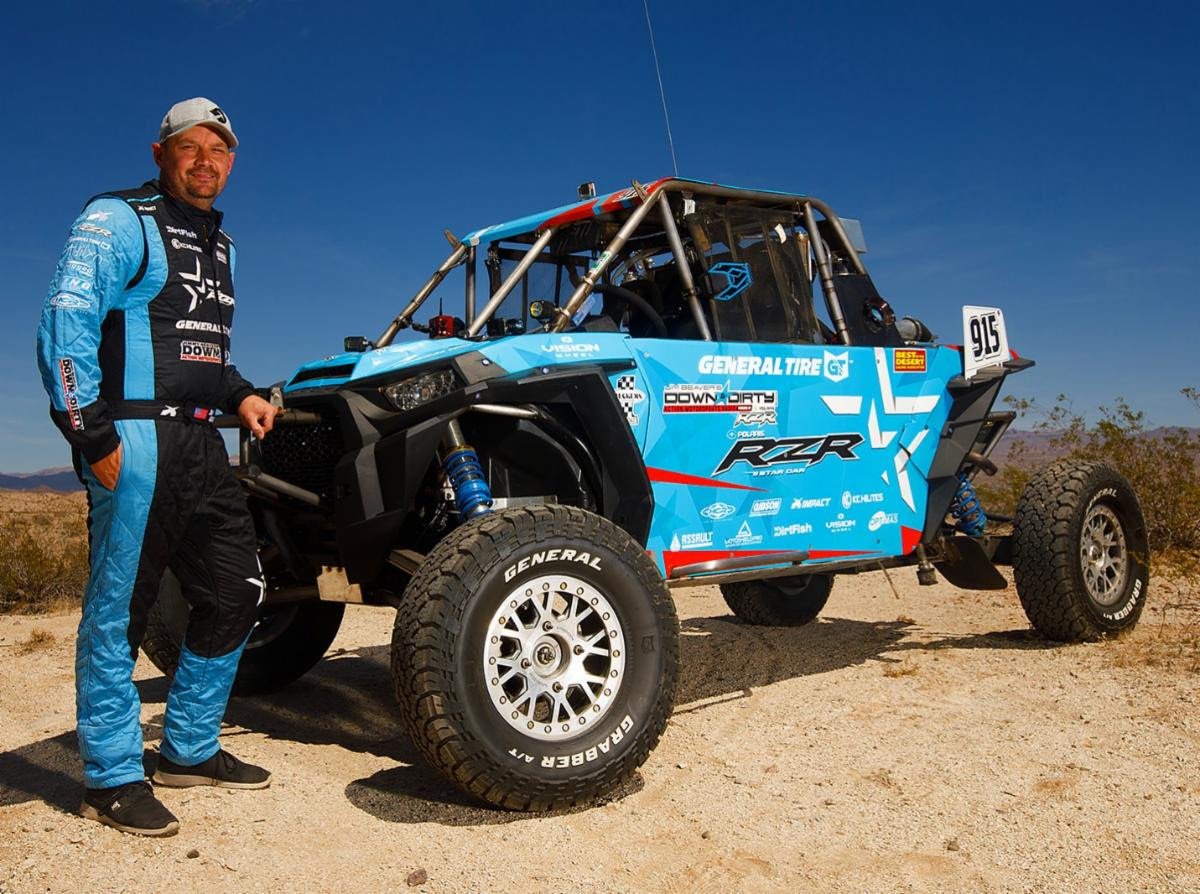 PARKER, ARIZONA –– In 2020, Professional off-road racer, radio and television host, and esports team owner Jim Beaver will expand a relationship with General Tire that dates back nearly a decade. For the upcoming year, General Tire will become the new title sponsor of the General Tire Down & Dirty Show Powered By Polaris RZR, as the show makes its SiriusXM debut on Dan Patrick Radio channel 211 on Sundays at 10AM PT/1PM ET.

“Jim Beaver has been a part of the General Tire brand for nearly a decade,” said General Tire Director of Marketing Travis Roffler. “We have been a part of his racing and radio programs since the start, and we are excited to expand our relationship with him as a General Tire ambassador as things move to the next level.”

“Only a select few driver-sponsor relationships stand the test of time in modern motorsports, and I’m proud that my relationship with General Tire is on that list,” said Beaver. “It’s an honor to welcome them back with an expanded partnership for 2020 that includes title sponsorship of the General Tire Down & Dirty Show Powered By Polaris RZR. I’m also excited to take the show to satellite radio for the first time, as we join the lineup on SiriusXM’s Dan Patrick Radio. All in all, it’s going to be a huge year!”

General Tire has been a major partner of Jim Beaver Motorsports since 2012, supporting both the Down & Dirty Show and Beaver’s Trophy Truck and Polaris RZR race programs and bringing in Beaver as a media personality and host at various events across America. The expanded partnership will see Beaver produce multiple remote shows at General Tire-supported events, and General Tire will serve as the title sponsor of his various racing programs. General Tire will also serve as a primary sponsor of Jim Beaver eSports entries in multiple events and virtual motorsport disciplines.

Led by the flagship show of its legendary namesake, Dan Patrick Radio brings opinionated, personality-based sports talk radio to SiriusXM’s lineup of more than 175 channels. The network also features shows hosted by NFL Network host Rich Eisen, two-time Super Bowl champion Rodney Harrison, and more. Dan Patrick Radio can be found on SiriusXM Channel 211. In addition, the General Tire Down & Dirty Show Powered By Polaris RZR will continue to air on the Sports Byline USA network domestically with over 200 AM/FM affiliates, the American Forces Network internationally, as well as its own distribution network online, where it is one of the most downloaded automotive shows of all-time.

Beaver comes off of a massive 2019 that included not only a return to Trophy Truck action at his hometown Parker 425, but also a full UTV race program with Polaris RZR that included major events like the Mint 400, UTV World Championship, and General Tire Vegas to Reno. On the media side, Beaver launched his third show, the Down & Dirty Show Off-Road Edition, and was the voice of short course off-road events across America, including the 50th Annual Off-Road World Championship at Crandon International Raceway. In addition, Jim Beaver eSports was established to take on the eNASCAR Coca-Cola iRacing Series, and later expanded to a larger program that competes across all forms of virtual motorsport including multiple World Championships.

About Continental AG
Continental develops pioneering technologies and services for sustainable and connected mobility of people and their goods. Founded in 1871, the technology company offers safe, efficient, intelligent, and affordable solutions for vehicles, machines, traffic and transportation. In 2018, Continental generated sales of €44.4 billion and currently employs more than 244,000 people in 60 countries and markets.