It felt like yesterday when we were closing the 2017 season but the time doesn’t stop and neither do we so here it is. The first race of Corredores del Desierto CODE Autolite Fram MR Grand Prix located in San Luis, Sonora Mexico. A couple of years ago CODE decided to move this race from Laguna Salada to San Luis, Sonora just an hour away from Mexicali passing the state border between Baja California and Sonora. 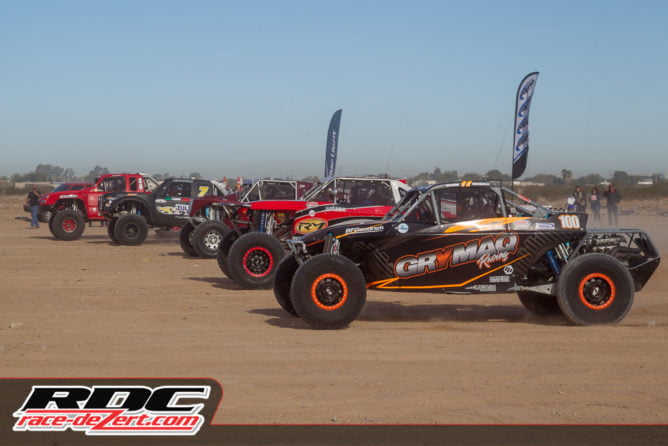 The race consisted of 3 groups or races with 2 heats on a 20 mile loop doing 3 laps each with a land rush start.  The only off-road race to do so with the exception of the UTV World Championship. Almost 200 entries took the green flag, a great number for the first race of the season. 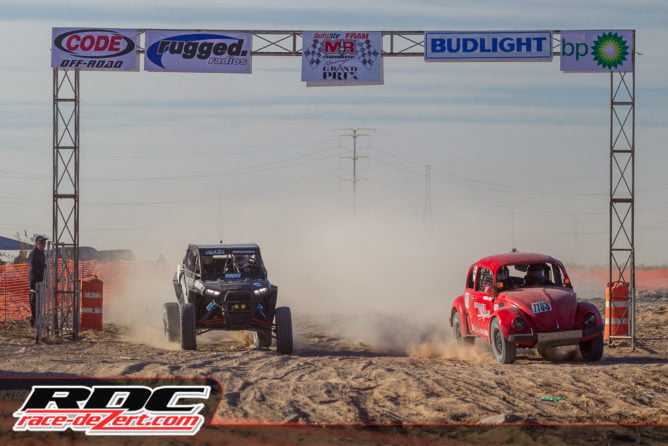 In group 1 the UTV’s, Class 11’s and Safari classes fought to see the checkered flag first. Kyle Chavez on board his Can-am x3 took first place in the 2900 UTV Class and the overall of the group with a time of 2:15:08 averaging 54mph! The impressive speeds were achievable thanks to the “easy” track with virtually no elevation changes. Jessica Lopez, sister of Apdaly Lopez, took 2nd place and Idelfonso Morales made the last spot in the box. 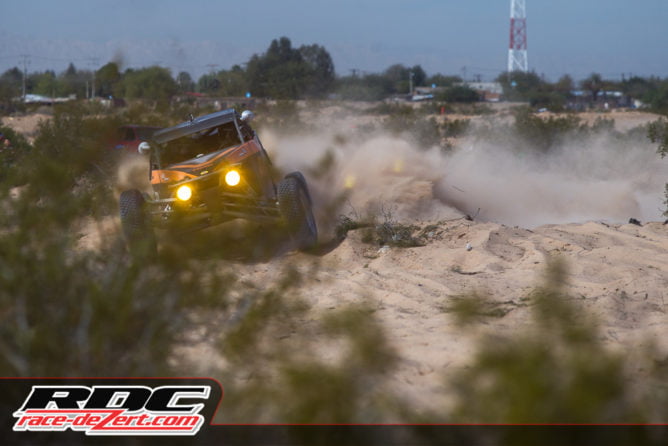 In Group 2 were the Open Class and the truck classes. 2017 Class 10 champion Alberto Ritchie jumped to the Open Class schooling everyone grabbing first place with a time of 2:05:53. Alberto and Rene Cuevas were the only ones to complete the six laps in that Class, however none of them were the fastest of the day. Zaid Diaz, Karim Reyes and Armando Duron made the 1-2-3 in the 7sx Class, one of the most competitive categories of the race. 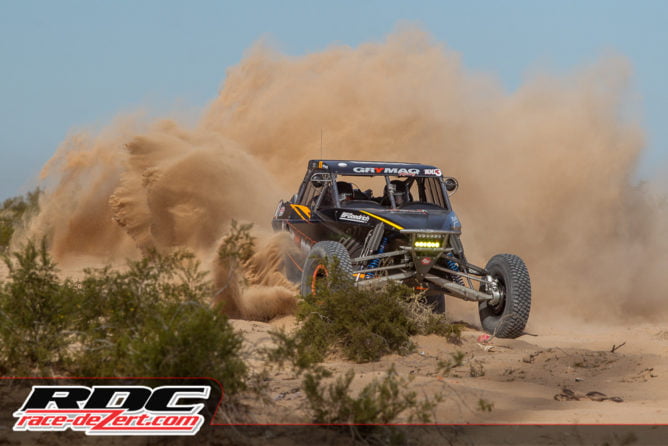 Last but not least, group 3 or the open-wheel guys. Luis Ritchie was the fastest of the day averaging speeds over 60mph taking the overall and first place in Class 10. 4 minutes behind but still with speeds above 60mph average, Rafael Aguirre got the second fastest time of the day and lastly Gabriel Torres took third in class.

With such a great start we can’t wait to see what CODE has ready for us this year. Next on the calendar we have the Racing for boobs event, the unique race only for women coming this March 23rd. See you there!