When racing is in your blood you want to pass that down to your children, and thats exactly what Brian Deegan has done. Racing at an early age Deegan’s daughter Hailie has followed in his footsteps starting in the Junior karts then moving up to Mod Karts where she won the championship last year. For 2017 Hailie has stepped into the Prolite division, the class where her father made his short course debut in 2008 and dominated winning multiple championships. 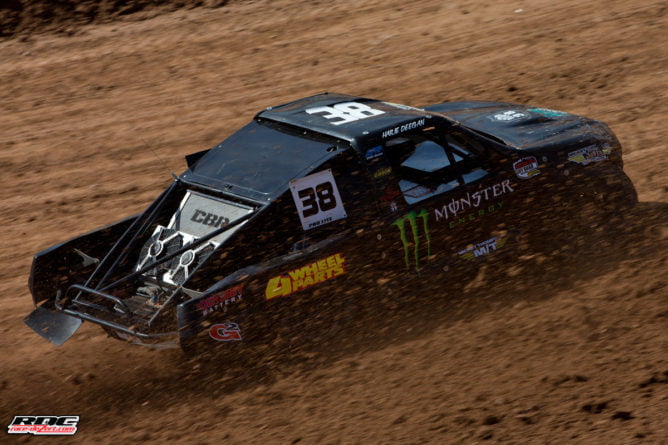 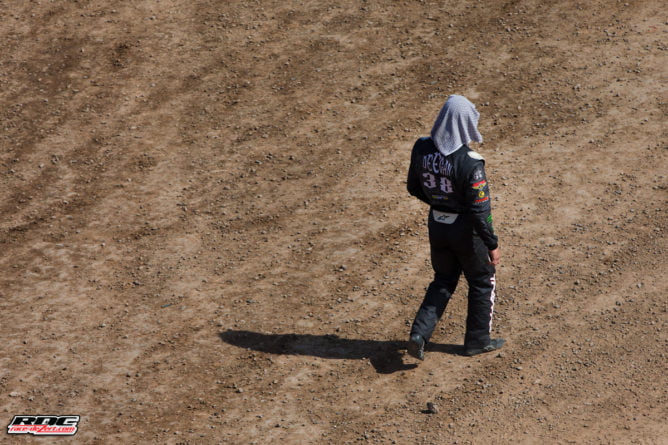 This weekend Hailie made her Prolite debut and made her father and family proud. On Saturday she would qualify in the 5th position and miss the podium by one spot finishing 4th. Today however she stepped up her game and would lay down the fastest lap during qualifying and with no inversion she would start on the front row in her second Prolite race. 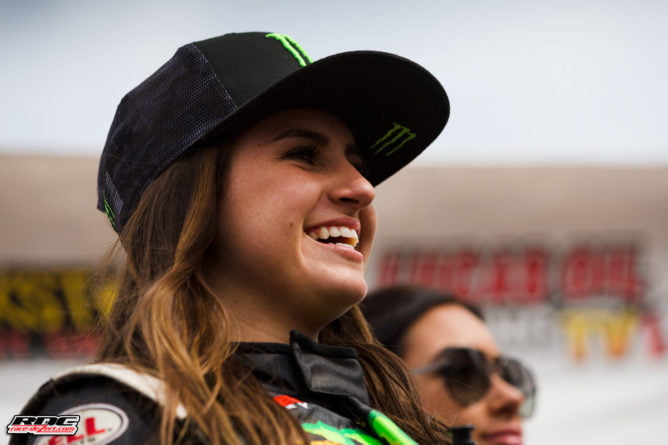 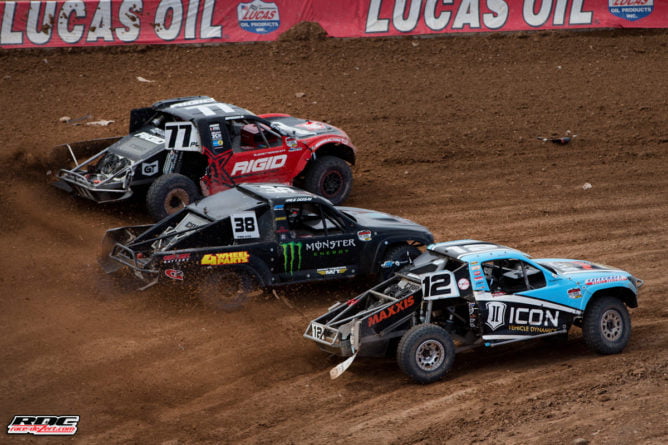 Grabbing the hole shot Hailie stayed up front for the majority of the race leading the way holding off the other drivers restart after restart. Later in the race Jerett Brooks was able to get around Hailie taking the lead away from the Dirt Princess, and after Brooks bicycled it with two turns to go letting Brock Heger squeeze by both, Deegan would land her first podium finishing second in a field of very tough competitors. How did her dad do in his first Prolite weekend? In 2008 in Pomona at a CORR race, Brian Deegan would finish 16th and 14th. 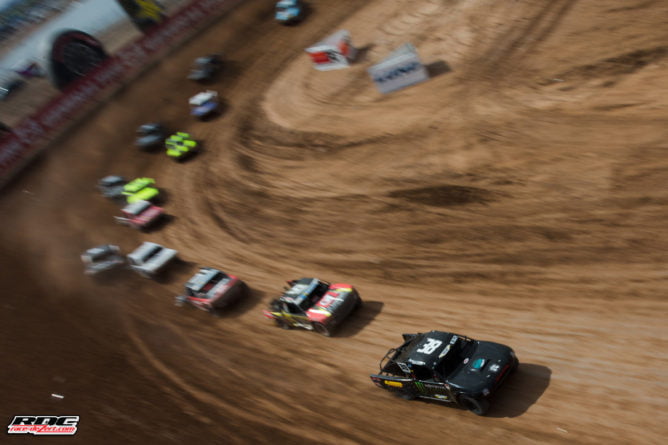 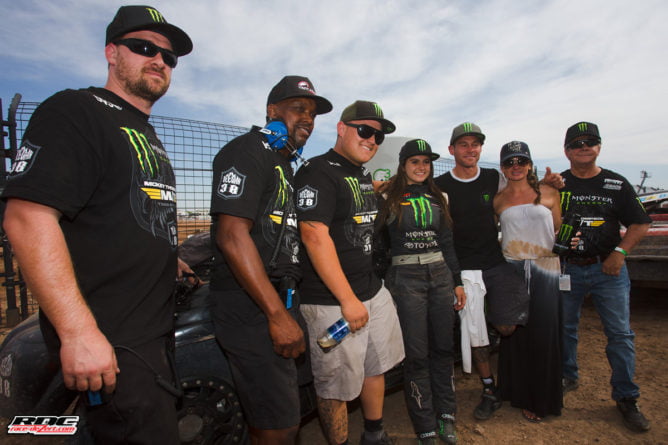 Earlier in the day the Pro 4 class would lead things off after opening ceremonies and it was Carl Renezeder grabbing the win on his farewell tour in his final year racing short course. Renezeder started on the front row and never let the lead go with Bryce Menzies looking for a repeat from his win the day before. Renezeder checked out though so Menzies would have to settle for a second place followed by Rob MacCachren 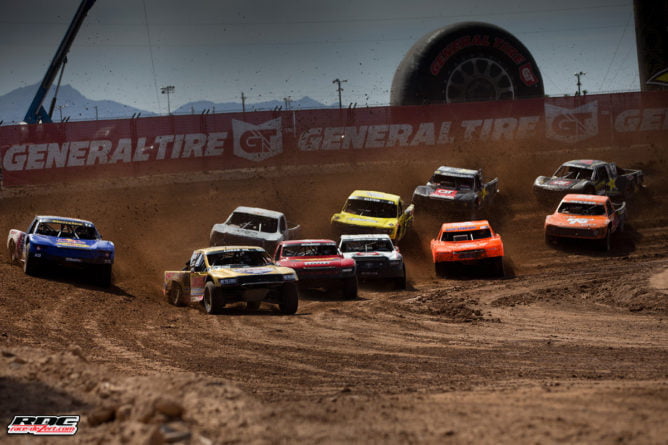 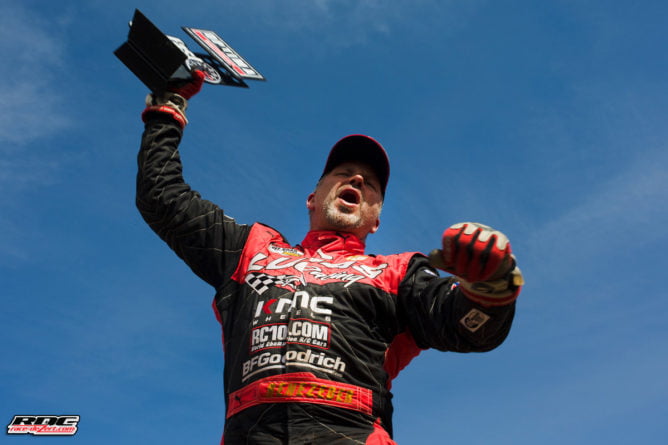 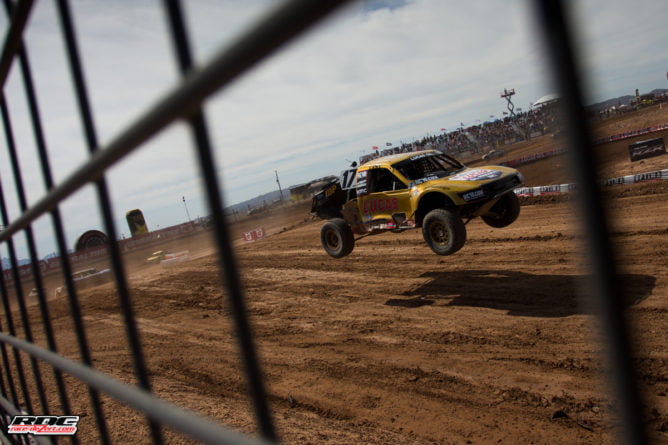 Pro Buggy a friendly rivalry has begun between Fox Shox sponsored driver Eliot Watson and Bixstein’s own Darren Hardesty Jr. Yesterday Watson would edge out Hardesty and today was one in the same with Watson leading from the start and Hardesty having to chase him down. It was a close race with Watson never being able to walk away from Hardesty but still crossing the finish line first giving him the sweep for the weekend. Last years break out buggy racer Bud Ward would take home the final podium spot. 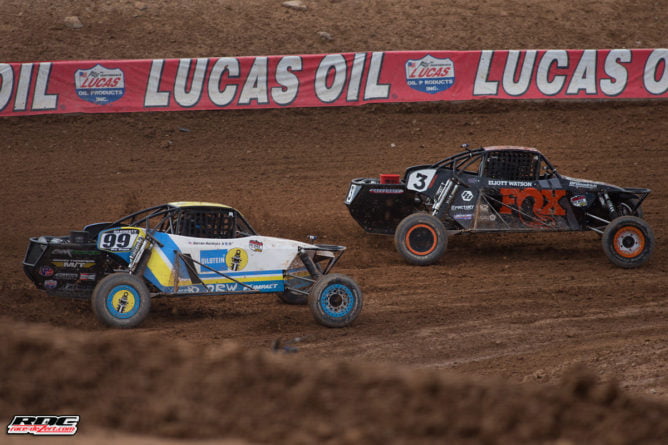 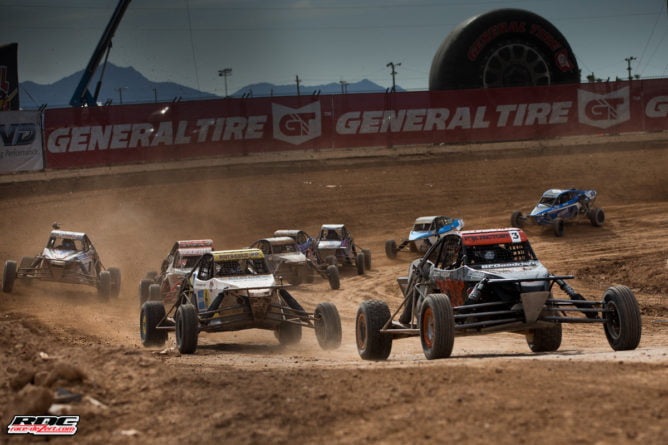 In the final race of the weekend the Pro 2 trucks would take the track. Yesterday there was some drama between Jerett Brooks and Bryce Menzies but today was problem free. Rockstar teammates Rob Maccachren and RJ Anderson would qualifying 1-2 and with a zero inversion start on the front row. RJ would squeeze by MacCachren and start hammering down lap by lap holding off the crafty veteran until late into the race Rob Mac would find a way to get by going into lap 14. Never happy giving up a lead RJ was on the bumper of Rob Mac trying to retake the lead but a slight hiccup in turn 3 would let Menzies get by, and that is how the podium would end up. 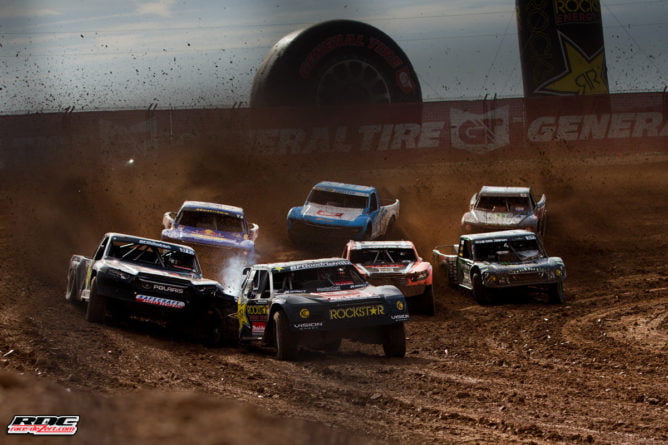 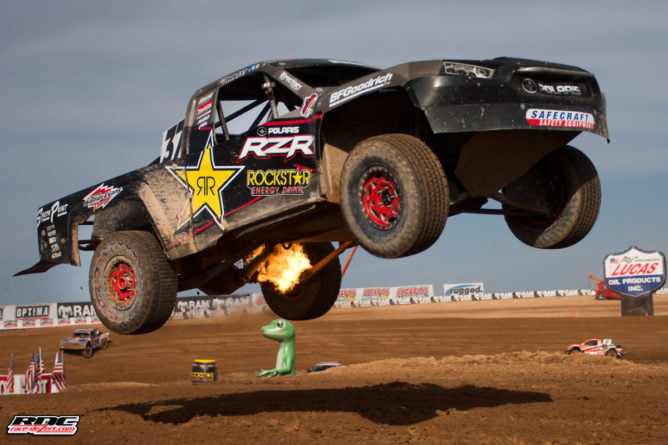 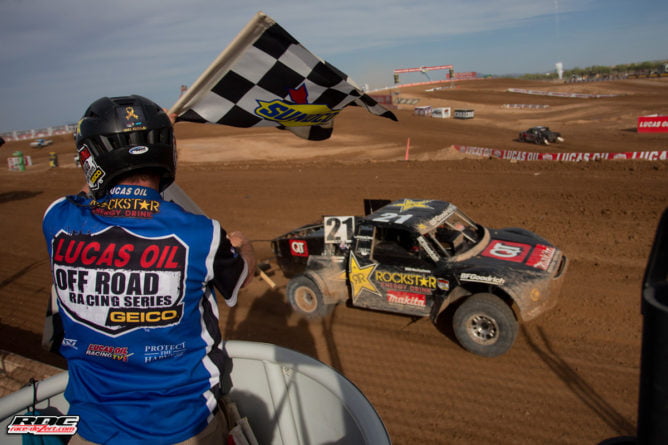 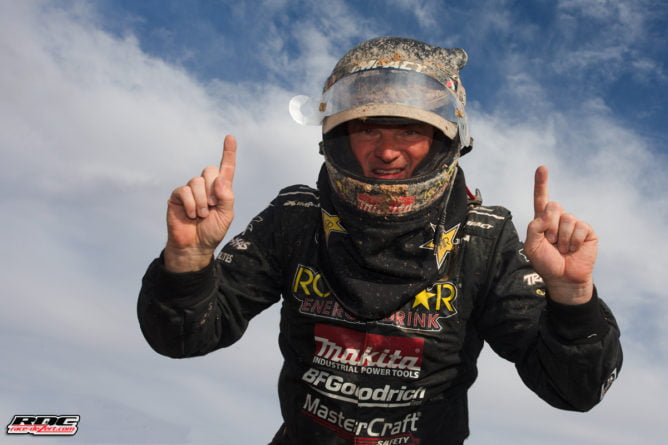