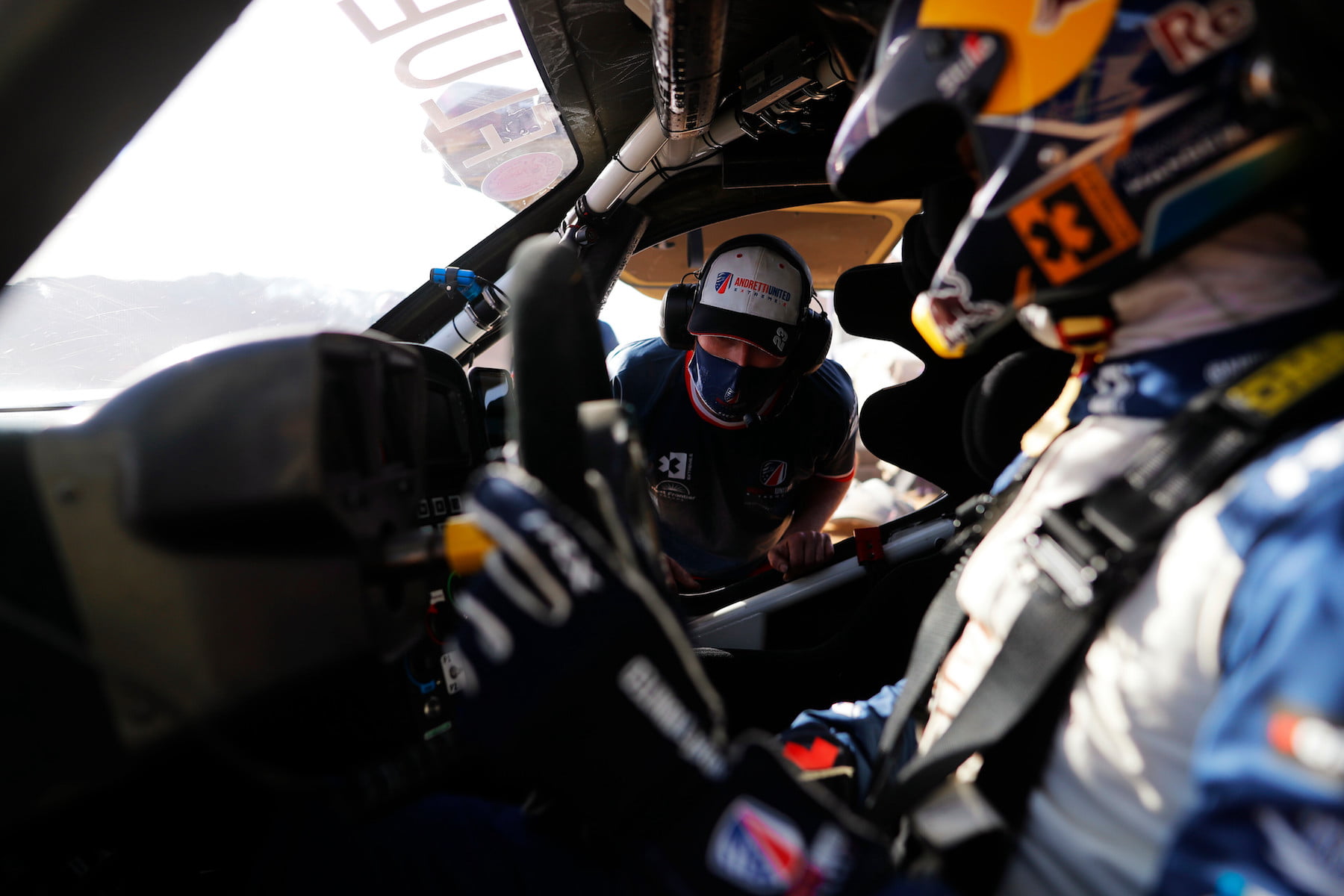 Timmy Hansen and Catie Munnings stopped Johan Kristoffersson and Molly Taylor from taking a commanding lead in the Extreme E series, with victory at the Arctic X Prix in Greenland.

– Round three of the new Extreme E series, which sees teams of two drivers – one male and one female – compete in Odyssey 21 electric SUVs, took place in Kangerlussuaq, Greenland. It was the first motorsport event to have been held on the island.

– The first two races of the series – The Desert X Prix in Saudi Arabia and the Ocean X Prix in Senegal – both went the way of Rosberg X Racing duo Johann Kristoffersson and Molly Taylor, so the pressure was on to stop them making it a hat-trick and taking a dominant position in the season standings.

– Once again there was two days of racing, with two rounds of qualifying on Saturday, then two semi-finals, the Crazy Race and then the first five-car Final of the series. As with the Ocean X-Prix, there was also the addition of a Super Sector – a part of the course where the fastest driver over the weekend earned five extra points for their team to add to their championship tally – a reward claimed by Timmy Hansen this time out.

– British driver Munnings lead the way during the early part of the final’s first lap, before being passed by Sébastien Loeb of X44 and RXR’s Taylor, however the top three were still tightly bunched as they entered the Switch Zone.

– The X44 car was delayed by puncture repairs as Cristina Gutiérrez took over, but a swift exchange by the Andretti duo saw Timmy Hansen narrowly lead Johan Kristoffersson out of the Switch Zone.

– The Swedish pair raced neck-and-neck for a thrilling series of jumps, before one landing too many caused technical issues that slowed the RXR car.

– The JBXE duo of Mikaela Åhlin-Kottulinsky and Timmy’s younger brother, Kevin Hansen, capitalised on the RXR’s loss of power to come through and add second place in the final to their Crazy Race win earlier in the day.

– Rounding off the podium was the Acciona Sainz team of Carlos Sainz and Laia Sainz.

– Timmy Hansen said: “It feels awesome! It’s been a great afternoon and day! We’ve both had great races today and we had to work really hard for it. Catie did an amazing job both times. We both were involved in very close battles with the Rosberg X Racing car both times, it just feels incredible to be here.”

– Catie Munnings added: “I have literally no words for it. At the start of the weekend in Qualifying 1 we thought we’ll just go with it and see but we never imagined we’d come out on top so it’s a really special feeling. Timmy is a really incredible teammate, I learn so much from him, he’s such a good driver and obviously he always pulls it out of the bag so it’s really cool to be working alongside him.”

– The next stop on the race calendar is Sardinia, Italy for the Island X Prix on October 23-24.