500 miles of racing is tough no matter what the terrain but the HDRA, Eldorado Fireworks 500 delivered more than anyone could have imagined. Overall winner Mike Mitchell unofficially re-named the race the bone crusher 500. He should know, he outran and outlasted the entire field on a course that had “never-ending rocks” as Mike put it. “I’ve raced on every course in the western US and Mexico and no doubt, this is the toughest.” 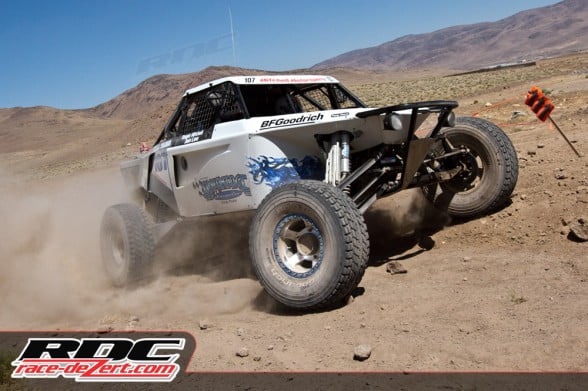 Reno’s own Clayton Scudder finished second overall and credited his B.F. Goodrich tires and the HDRA retrieval crew for keeping the course clear of broken vehicles. Clayton overcame an electrical fire in the early going to achieve his hard-earned finish. 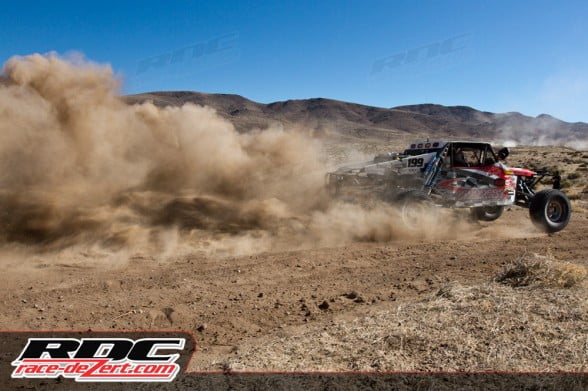 Third overall and first place in Open Truck went to the Canadian team lead by James Horvath driving the former FiberwerX Trophy Truck #50. James was quick to credit Roger Norman for the advice to drive patiently. For those who witnessed James behind the wheel, patience is not the word that comes to mind. Top qualifier Josh Daniels / Cameron Steele driving the Monster Energy #16 Trophy Truck succumbed to transmission problems after holding the early lead. Before the event, the brand new Reno course was a big unknown. Now that it’s true nature has been revealed, it has been established as one of the most challenging ever run.

B
Brian Binkert
Didnt get to see race due to having to head for home but i got to party at tech and had a blast .Will be back next year just have to readajust the vacation so i can see race too .Thanks hdra .Good gig .
Many cudo's to HDRA on the course layout which provided for a spectator area. I really enjoyed seeing the cars traverse the varying terrain within our viewing area. I was unable to get to the consession area due to my disabilities but was still able to enjoy the race from my vehicle. Look forward to next year. Thanks again for a great race.
rocks every where but a lot of fun and best marked corse iver ever been on our utv is tore up but if they promis to take at least 2 rocks off the corse we will be back next year ps thanks to reno cycle and gear for prepping are polaris and to the winner of are class bill lots of fun