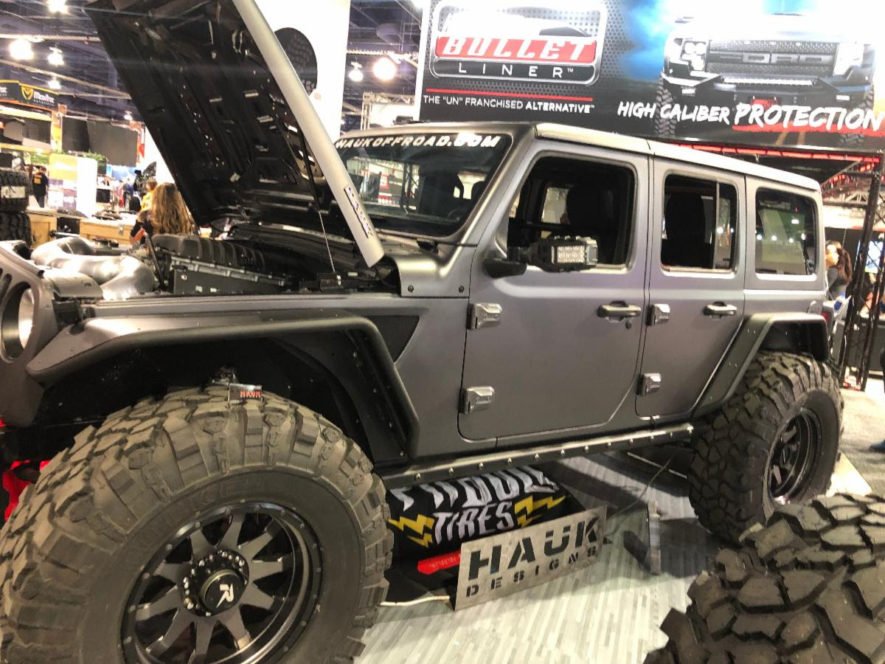 This week at the massive SEMA Show in Las Vegas, the Renewable Fuels Association and Kenny Hauk of Hauk Designs unveiled a one-of-a-kind project that highlights the many benefits of using ethanol in high-performance vehicles—a Flex Fuel Jeep Wrangler with more than 1,000 horsepower using a high-octane, low-carbon fuel.

“Our goal was to build the most powerful JL Wrangler ever built that not only functions on road and off, but looks good while doing it,” Hauk said. “We have found E85 to be an outstanding fuel option that gives us the power and performance we have been looking for in an economical package and a fuel that can be bought at the local fuel station.”

Fans can watch the Hauk team design and build the RFA flex-fuel Wrangler in a special “Hauk Machines” Amazon Prime video series now airing. Since August, a series of five-minute mini-episodes have been airing on RFA’s Facebook page as a preview.

The project is part of RFA’s ongoing work to stimulate positive discussions about ethanol and engage with groups who have historically expressed reservations about the use of higher ethanol blends. The Wrangler was fitted with a 7.0L HEMI engine that netted another 10 percent in horsepower from using ethanol. At the same time, ethanol’s introduction reduced emissions and the drastically lowered the price per gallon.

“This project is all about educating different consumer groups in a fun and innovative way,” said RFA Vice President for Industry Relations Robert White. “At RFA, we want to push the boundaries to show the potential of ethanol as a fuel for a wide variety of vehicles and demographics, especially when special interests tell us it can’t be done. Ethanol is a high-powered fuel that is perfectly suited for on road and off-road applications. It also helps keep our air and water clean, something important to off-road enthusiasts and conservationists. Kenny Hauk is the perfect person to help us tell this story and educate consumers globally through social media, television and at future events.”

Plans are underway to get the one-of-a-kind Wrangler on the road for special events and shows around the country, to showcase the power and opportunities behind ethanol. Stay tuned!

About the Renewable Fuels Association
The Renewable Fuels Association is the leading trade association for America’s ethanol industry. Its mission is to advance the development, production, and use of ethanol fuel by strengthening America’s ethanol industry and raising awareness about the benefits of renewable fuels. RFA’s members are working to help America become cleaner, safer, more energy independent and economically secure. For more information, visit EthanolRFA.org.