This story starts just south of the Border in Ensenada Baja, Mexico, 1970, at the Mexican 1000. Competitors line up and await their start time for what would be the start of the longest off-road race in the world: over 900 miles of harsh, unforgiving terrain that will be the ultimate test for any driver and vehicle. They have nothing to prove to anyone but themselves and put their vehicles through the harsh desert conditions of the Mexican Desert. Brian Chuchua takes off in the Holy Toledo Jeep Commando to set off on his journey to complete the race with his co-driver. This is the Jeep in question, and this is the story of the only last remaining race Holy Toledo off-road Commando left. This Jeep would exchange hands a few times and go on to race until 1991, only to be retired from racing for nearly 30 years until now it has been restored to its original glory in 2017 by Dennis Sletten.

The Holy Toledo was originally built in 1968 by off-road Hall of Fame Inductee, Brian Chuchua, an owner of an AMC Motors dealership in Long Beach. Although he wasn’t just any old Jeep dealer, at the time, Brian was one of the first dealers to sell off-road accessories through Brian Chuchua’s Offroad Center for Jeeps. His involvement and knowledge of aftermarket parts led him to become one of the founding fathers of the Specialty Equipment Manufacturers Association (SEMA) in 1963. The dealership grew to be one of the most successful Jeep dealerships in the United States. Brian had started racing in Baja in the early 60’s it was only fitting that he would sponsor a team. At the inaugural 1967 Mexican 1000 he brought a race team which had included three different Jeeps. It wasn’t until 1970 Brian had 12 vehicles entered in the race, of which including the infamous Holy Toledo. The Brian Chuchua racing team would go on to claim victory at the Mexican 1000 in that same year. 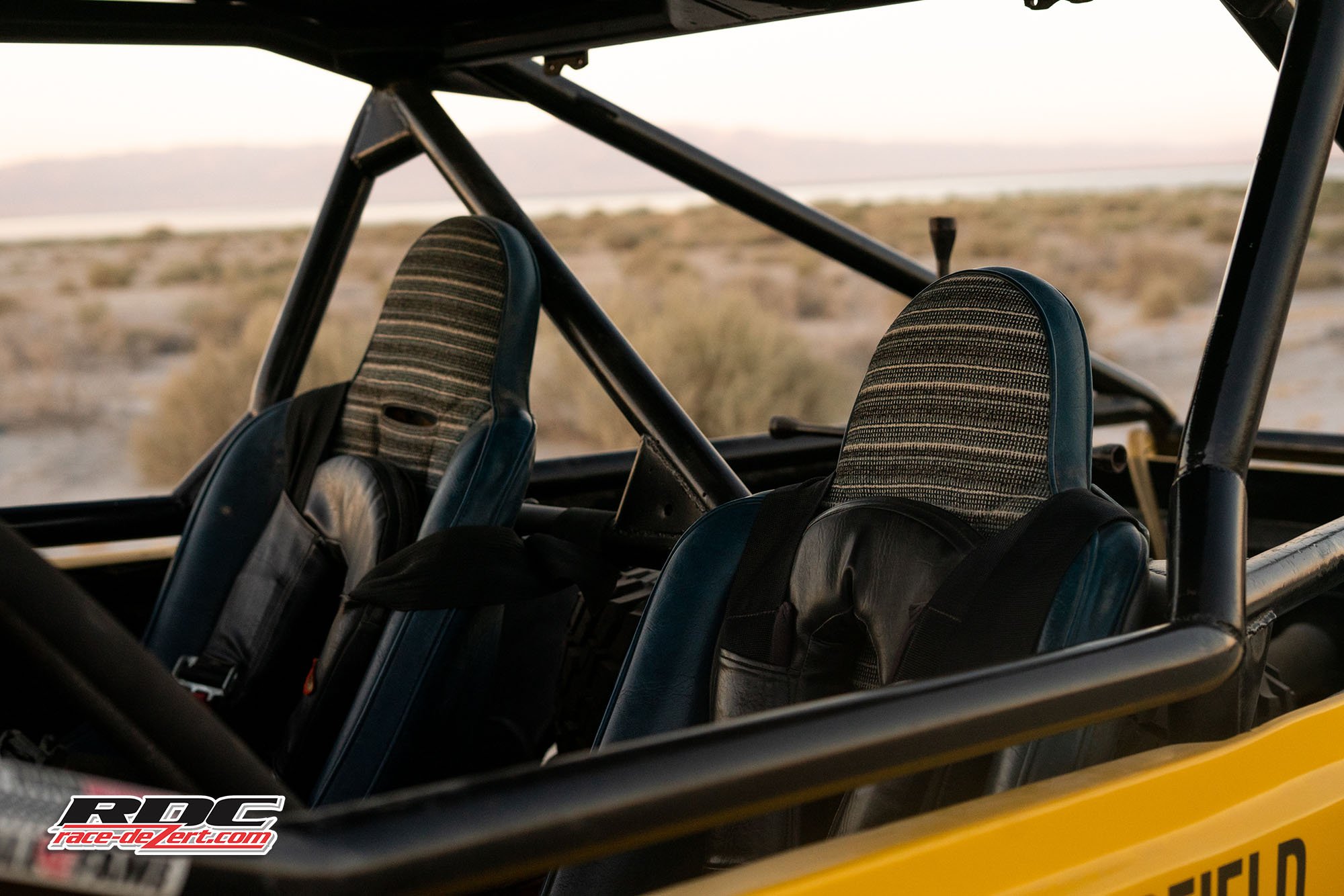 The Holy Toledo was one of the first vehicles in the four-wheel-drive class to utilize a fiberglass body which would go on to be a necessity in off-road racing for weight reduction. The Jeep had its original frame and suspension, which would prove to be more than adequate for conquering the rough Baja terrain. It isn’t so often you see off-road race Jeep survive over 20 years of racing in Baja and the United States. Powering the Commando was the Dauntless 225 cubic-inch V6 producing a whopping 160 horsepower, which was connected to a Turbo 400 transmission with a manual valve body. This drivetrain has remained mostly original since inception besides the upgraded cage. After countless races in Baja and throughout the United States, Brian had raced the Holy Toledo for nearly a decade, it was time to part ways with it in the late 70s and sold it to T&J Offroad Center. They painted it white and called it ‘Herbie,’ Rock and Will Bradford purchased it from T&J and raced it until the early 90’s. There have been countless drivers that have piloted this Jeep in between then that included Janet Hickey, Eric Heiden and even Dennis’s uncle Gene Jacobson raced it. The last race for this Commando was at the 1991 Mint 400, where it raced class 4 piloted by Brian Noble and wouldn’t be seen again until 2017 when desert racer Dennis Sletten caught wind of it on Race Dezert listed for sale.

Dennis and his friend Ricky Barfield, came into ownership of it, unaware that it was the original Holy Toledo and had rumors that it might have been.

“It wasn’t until I started sanding down the fiberglass that I realized what I had,” said Dennis. “There was yellow paint there, and then there were identifying factors in the hood.” 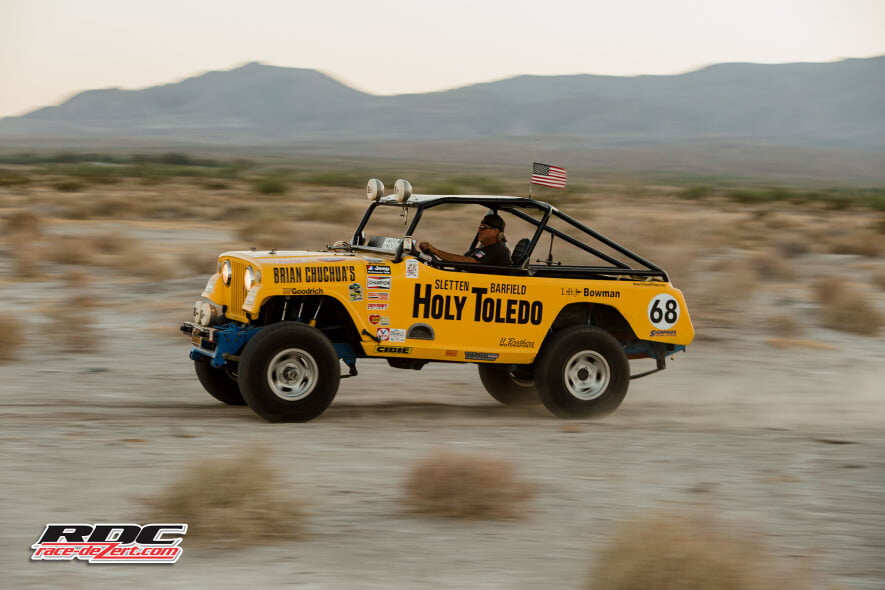 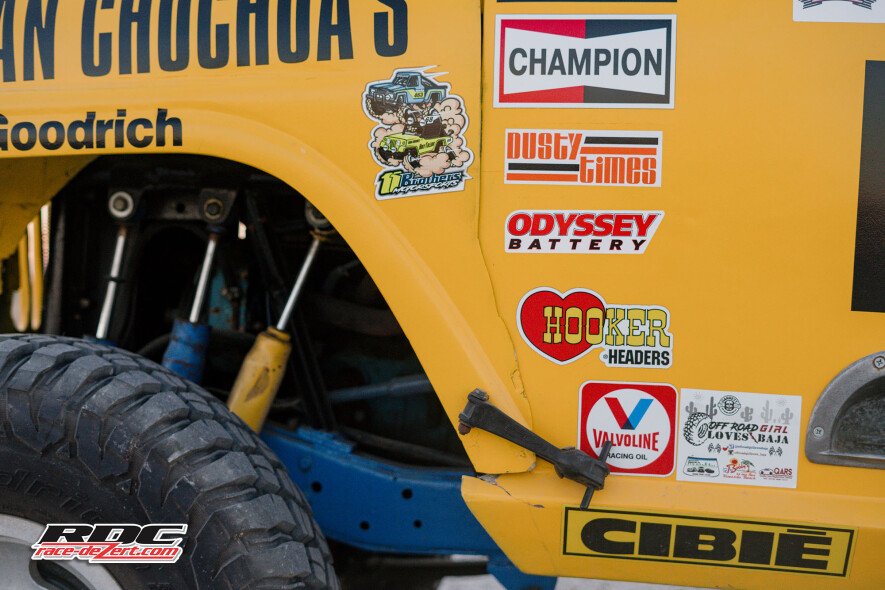 Once he had it confirmed that it was in fact, the original Holy Toledo, he made it his mission to restore this Jeep back to its original glory. Through the help of the community of Race Dezert, he was able to track down old articles and photos of the Jeep. Some people even shared a few stories about it, helping Dennis piece together the puzzle of what he had. He spent months tearing down the Jeep and rebuilding it to spec even including vintage Cibie off-road racing lights he got off of another race car. His goal was to keep it close to original as possible with the only upgrade being BF Goodrich KM3 tires. Upon completion of the restoration, it was time for Dennis to take it to Brian and see what he thought about the Jeep. They loaded up the Jeep on the trailer and headed to Orange County to meet.

“There was nothing but grins ear to ear.” Said Dennis, “There was a bit of silence and you can see that he was taking his time looking at it as he reminisced about the memories.” Brian had a few parts for the Jeep laying around he gave to Dennis to help complete the Jeep, including the original flashlight and the scroll for the road book to navigate. Brian signed the dash as it was only fitting to leave his mark on one of the most historic racing Jeeps built. 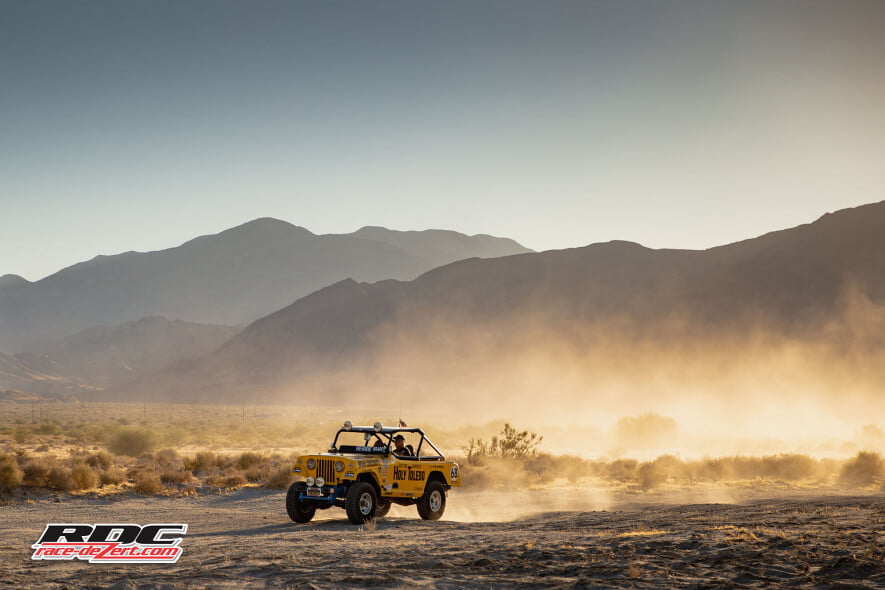 From the early days of racing Baja to racing the legendary Mint 400 and 50 years later, the Holy Toledo is an example of the rich history of off-road racing. There wasn’t much documented besides photos and stories years ago, and now we must help track down those stories to keep them thriving for generations to come, such as Dennis and Ricky had done with the Holy Toledo. Today it will not only be known as the Holy Toledo but Herbie as well. Click here to view the restoration/history thread in the RDC forum.