The Honda Off-Road Racing team earned two hard fought victories in the 4th longest point-to-point, Ensenada to La Paz, SCORE Baja 1000. The Baja-prepped No. 709 Honda Ridgeline crossed the finish line with a time of 27:10:00 and the No. 1920 Honda Talon finished with a time of 29:18:38 – both capturing class wins (34th/53rd overall), in Class 7 and Pro UTV NA, respectively. It’s the third Baja 1000 win for the Ridgeline and the fifth career Baja 1000 win for team owner/driver, Jeff Proctor. 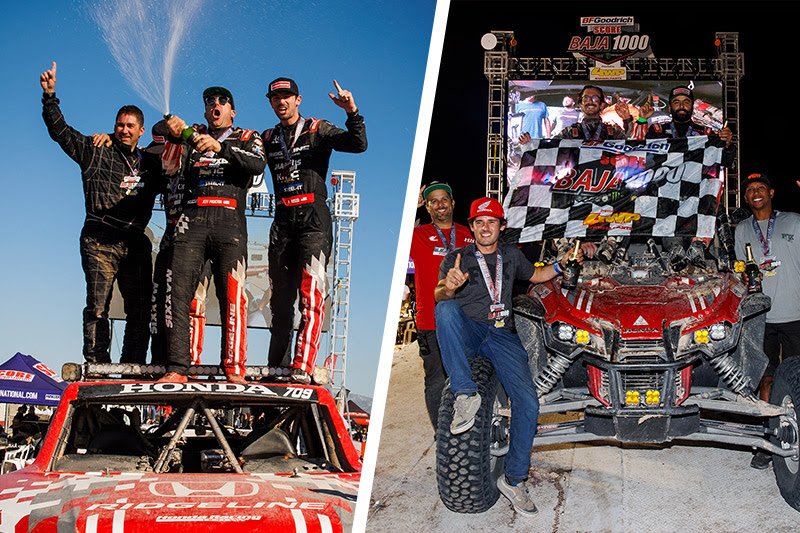 The 54th running of the SCORE Baja 1000 saw just 206 official finishers out of 302 entries. The grueling course was 1,227 miles of iconic Baja terrain – high-speed dirt trails, sandy, rocky and silty terrain, Baja washes and canyons, runs along the Pacific Ocean and Sea of Cortez, and elevation changes from sea level to over 3,000 feet. The No. 709 driver line-up saw Jeff Proctor take on the first stint, followed by Richard Glaszczak. Indianapolis 500 and 24 Hours at Daytona winner, Alexander Rossi, took the third stint, handing it off to Baja racing legend Steve Hengeveld who delivered the Honda Ridgeline to the finish. The team drove a nearly flawless race with the Honda Ridgeline performance backing them up the length of the peninsula. 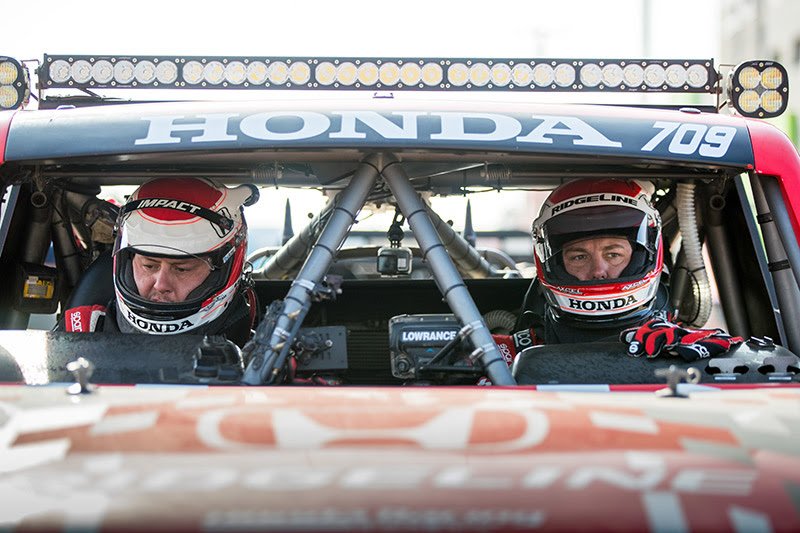 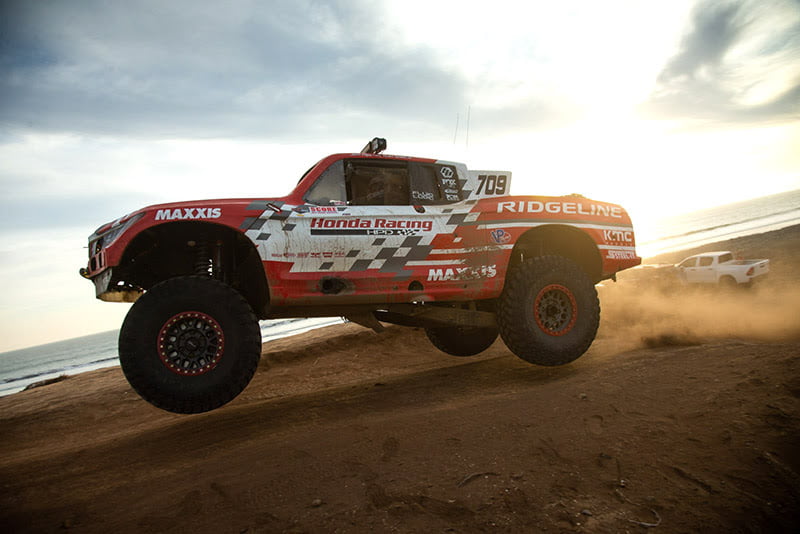 Rossi says, “My stint was painful on a few levels. I found some cactus, the visibility was horrible, I had to drive with my visor open, I had ear plug issues, but here’s the thing, ultimately it all worked out. That’s just what happens in desert racing. You tackle the variables and laugh about it later – like after I get the last cactus needle out. The Honda Ridgeline got us through it all and the Honda Off-Road team support was incredible. It means a lot to be a part of this team and to help deliver such a big win to the team and Honda, is a great feeling.” 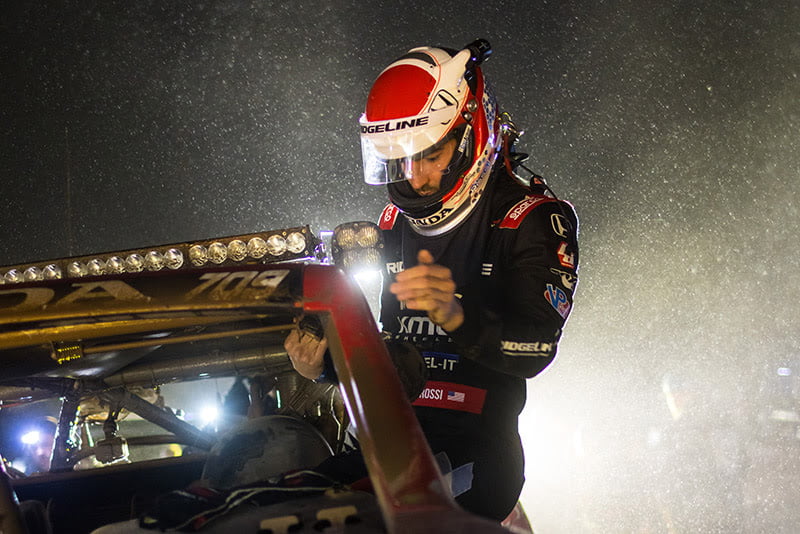 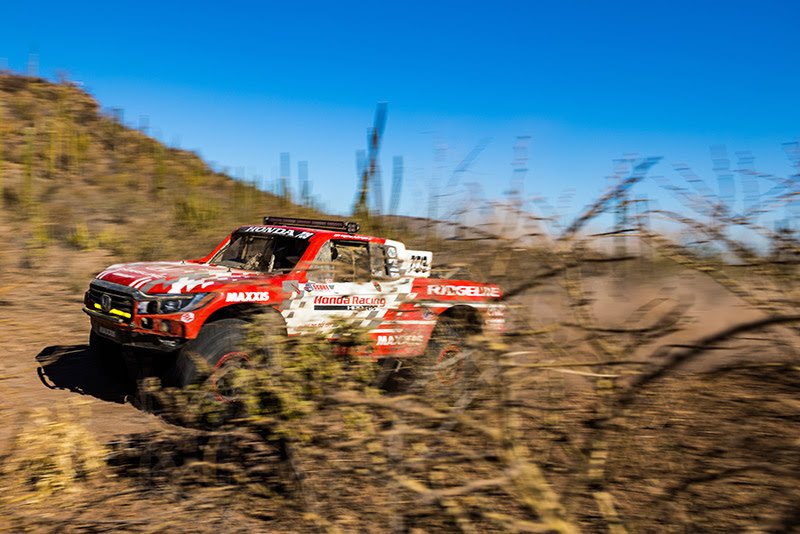 The team also fielded two Honda Talons in the Pro UTV NA class – No. 1920 Honda Talon led by driver Elias Hanna and No. 1925 with Zach Sizelove as the primary driver. The Talons race pace was fast and they quickly took the lead positions in the class early on.

The No. 1925 Talon ran strong off the start and was in great shape when Sizelove handed it off to Kelton Glaszczak at RM 421. Around RM470, Glaszczak crashed the Talon. The team lost about four hours repairing and getting the Talon back on course. Unfortunately, the damage was too much and stress fractures in the front end finally gave out at RM936. 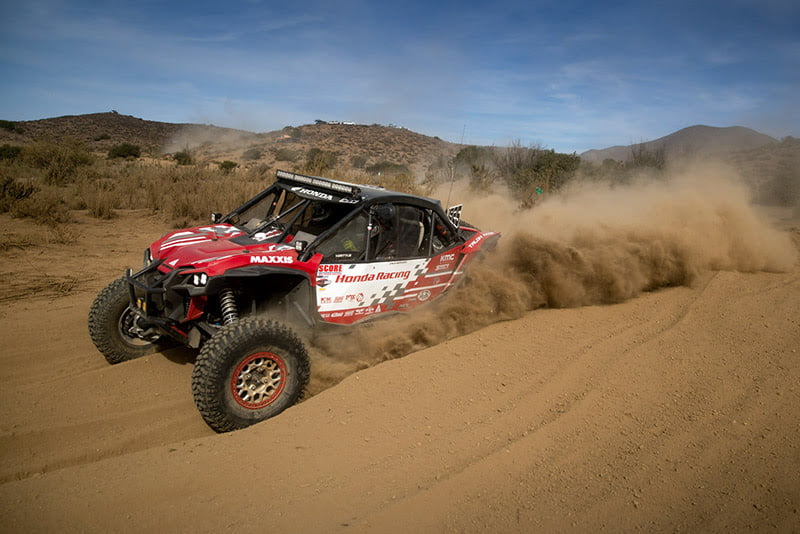 Hanna and drivers Bobby Smith and Eric Kosin had one of those “perfect” Baja days. The Talons held up well with only one mechanical refresh in Loreto. The crew saw signs of wear on the two upper rear wishbones and didn’t want to take any chances, so they switched them out and Elias finished the race. It is Hanna’s sixth Baja 1000 win. 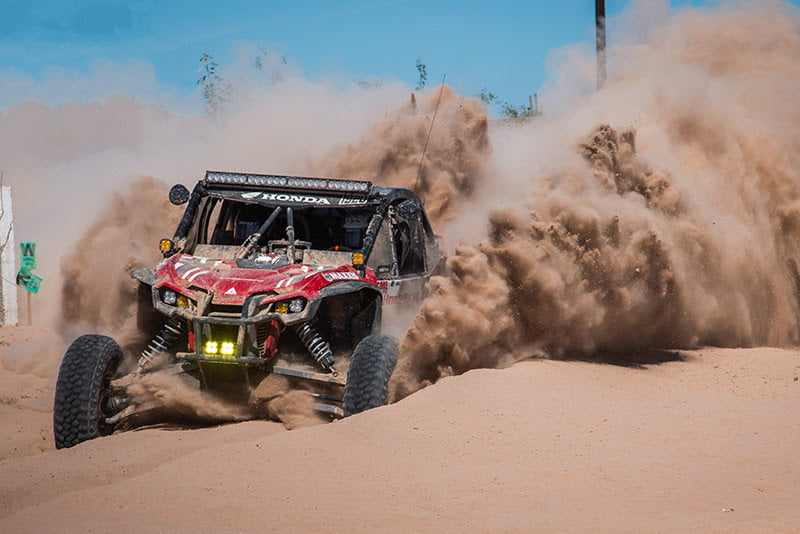 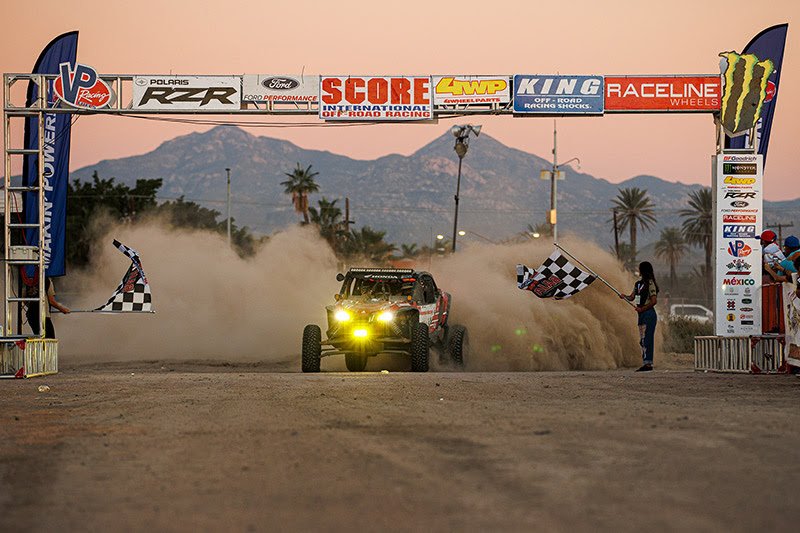 Proctor adds, “I’m so incredibly proud of this team. The Baja 1000 is the kind of race that results don’t always reflect the effort, so when it does, the victory is even sweeter. We made it happen for the Ridgeline and one of the Talons this year. 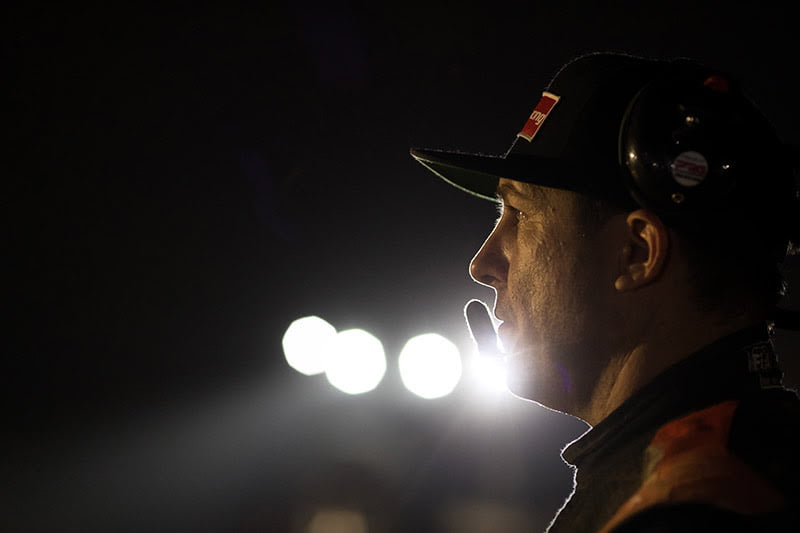 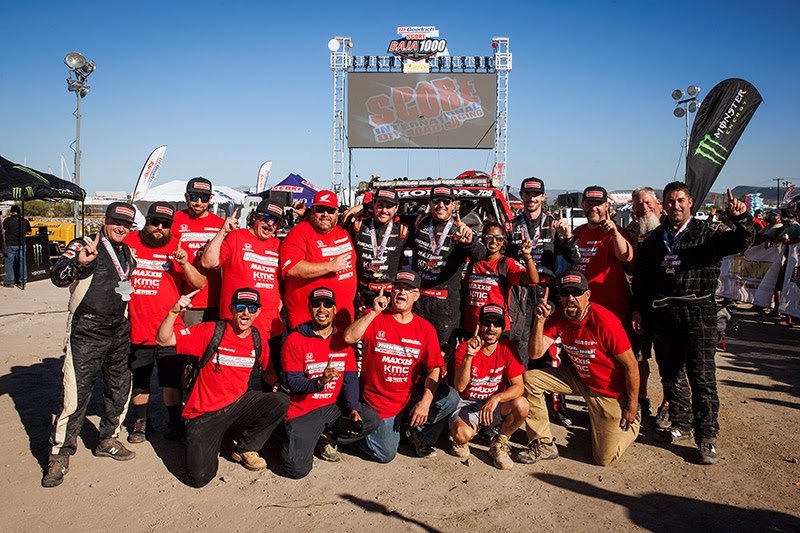 We’ve proven both Honda platforms can perform in the most demanding Baja conditions. But one of our biggest strengths this year was how our crew came together. They really hit all of their marks. We ran two pit strategies and three separate crews to make it happen and everyone did their part.”

Today, Jeff has embarked on his most ambitious chapter of his race career – Partnering with American Honda, HPD-Honda Performance Development and Honda Powersports to create an Off-Road Racing Factory Mega Team. Jeff will not only pilot a custom unlimited Twin Turbo off-road race vehicle but also direct and oversee the team’s entire race operation, including a two car Honda Talon Side by Side team in 2020. Jeff will lead  his team and Honda to the podium, bringing more high-level race teams to the exciting sport of off-road racing.