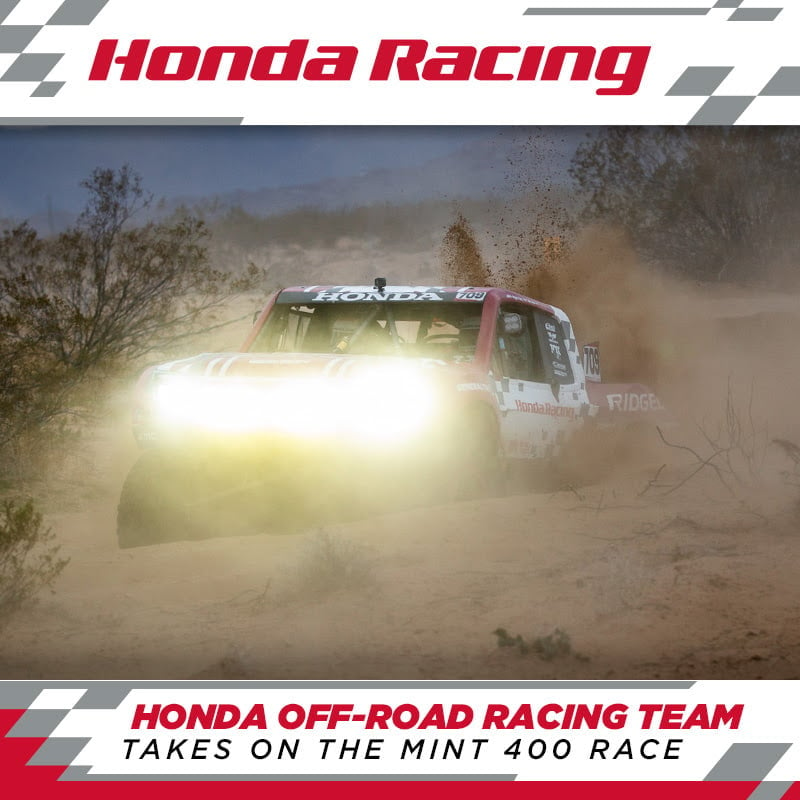 Long touted, The Great American Off Road Race, The Mint 400, is also a notoriously rough course on equipment and drivers as hundreds of entries do their laps, making the race course ever-changing and unpredictable. The 2020 edition, held in the desert south of Las Vegas, NV, was the longest ever – 428 miles in four 107 mile long laps. 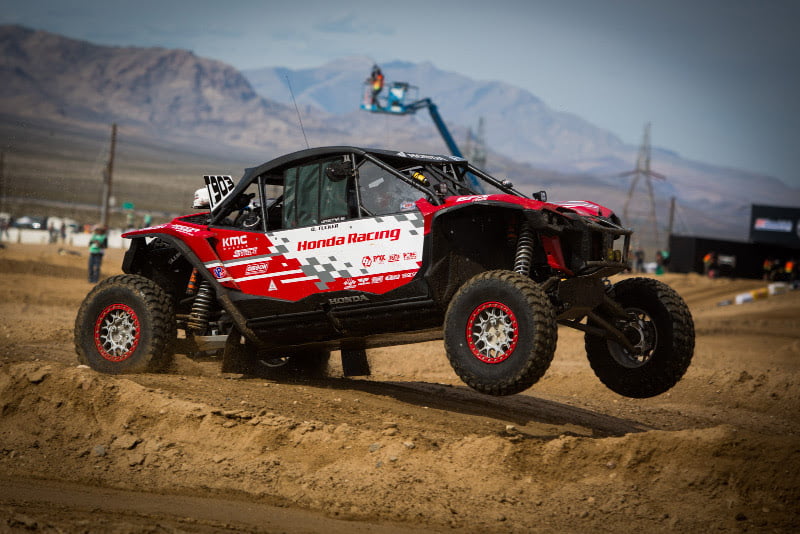 The team entered the race with weeks of preparation and solid strategies. Each starting position had its own strategy for racing The Mint 400. The Watson driven, No. T903 Talon 1000R pole position meant pushing the driver and Talon harder to stay in the lead pack. Polvoorde’s No. T940 Talon strategy was to be less aggressive and focus on conserving the Talon for the decisive final lap, taking advantage of the inevitable attrition. 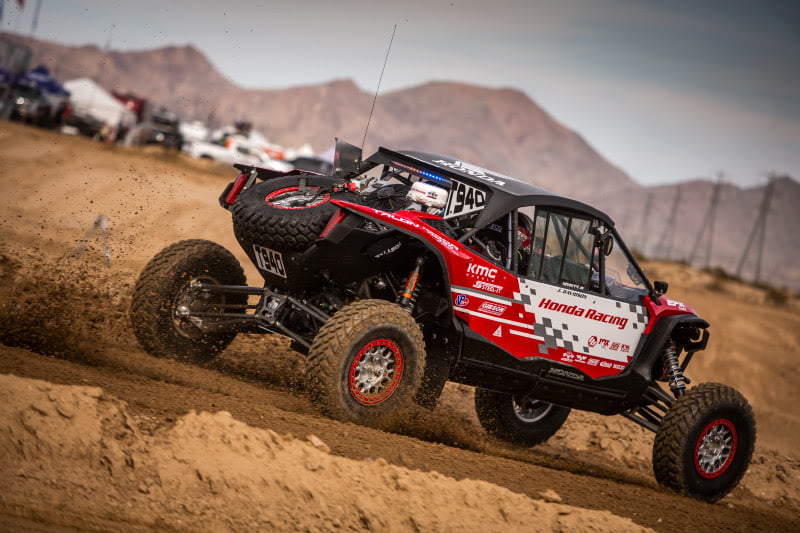 At the end of the day, both Talons were out of the race early due to mechanicals. Team principal, Jeff Proctor summed it up saying, “We’re still learning how all of our off-road experience fits into these capable Talons. We’ve made decisions, done the testing, worked with the best engineers, and we just didn’t see this coming. The Mint 400 wasn’t our race. It’s unfortunate that our results don’t reflect all the potential of the Honda Talon 1000R. We’ll adjust and come back stronger.”

Even so, the grandeur of the event wasn’t lost on Watson, “It was a rad experience getting to go through the Mint parade and do autograph signings throughout the day. When we were at the driver’s meeting and heard all of the people who put this race on I got the chills a little bit. All of the hard work that everyone at Honda has put in to get us out here for us to drive was insane.” 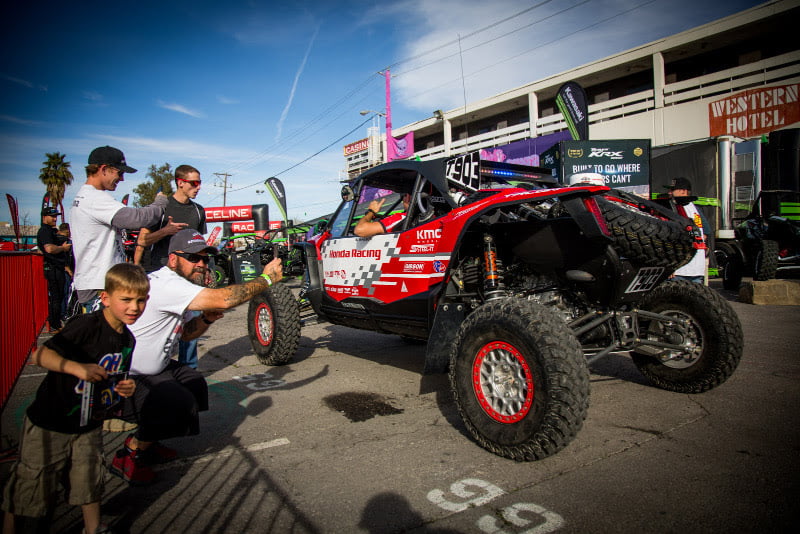 Results were better for the No. 709 Honda Ridgeline team, racing their 5th Mint 400 on Saturday, March 7, in the Unlimited Race with the larger horsepower, larger shod Unlimited Trucks, Class 1 and Baja Truck classes. Making the holes bigger and even more unpredictable for the Ridgeline drivers, Jeff Proctor and Pat Dailey and navigator, Evan Weller. 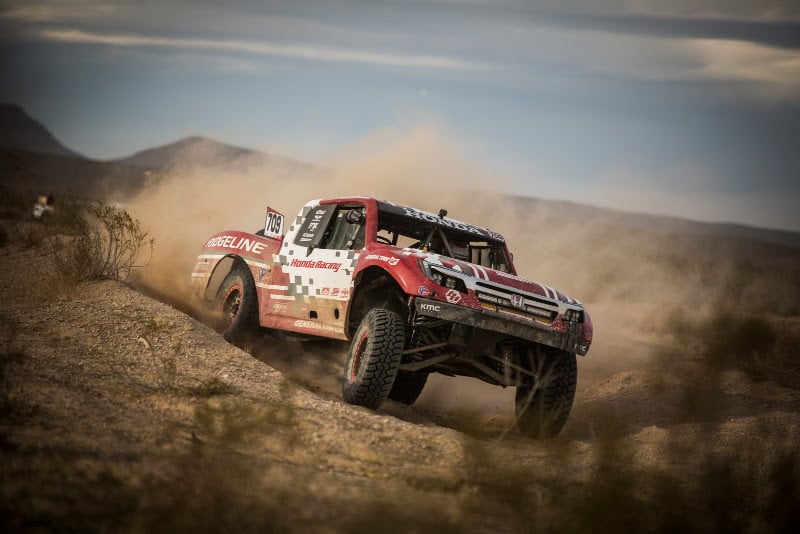 Race strategy had a major overhaul because of a last minute change in race format – shifting the Class 7 from the Limited Race to the Unlimited Race. Proctor said, “Starting behind the Unlimited Trucks is a big factor. They create lots of dust and holes. Our priority is to preserve the equipment and tires. The trucks expose rocks on an already rough course, and those rocks are hard on tires. It’s a race to the final lap and we have to make sure we have enough left to finish the race.” 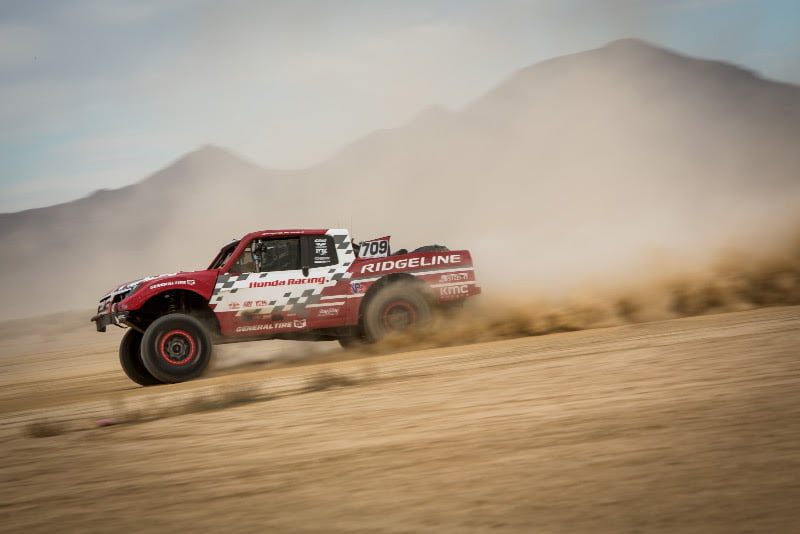 Strategy paid off, the Honda Ridgeline finished the grueling race late into the night, with a time of 9:36:13, earning them a 2nd place position in Class 7. Per usual, results rarely reflect the racing drama and this race was no different. 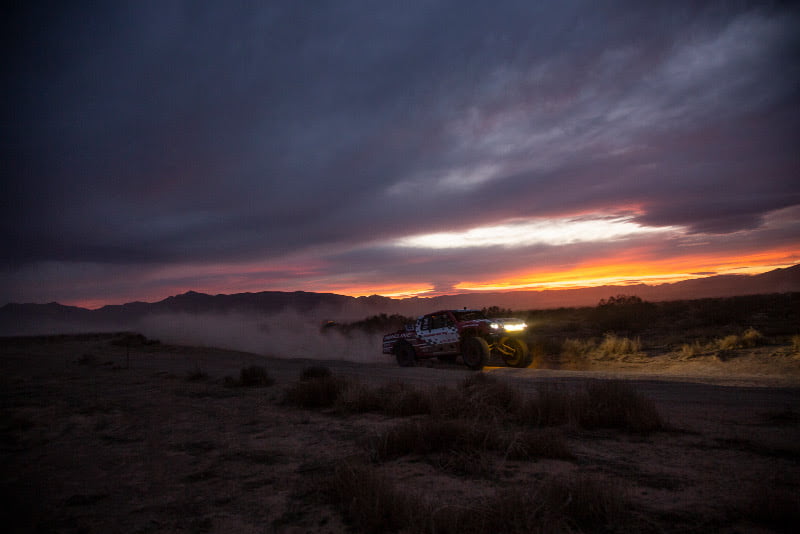 Driver Patrick Dailey recounts, “This Honda Ridgeline was running great all day. Jeff and Evan set a great pace. Unfortunately about halfway into the 3rd lap, we had a suspension failure, which caused us to greatly reduce our pace. I jumped in the driver seat for the last lap and Michael Loomis replaced Evan in the navigator seat. We still had the lead at that point but wasn’t able to hang on with the slower pace we had to run. My main goal was just survival and get the truck to the finish line. The HPD engine ran perfect all day long. It was great to get back onto the podium with a 2nd place finish. We can’t wait for redemption at the Baja 500.”

Up next, for both programs is taking on the legendary diverse terrain of Northern Baja, Mexico in the 52nd Annual SCORE Baja 500, June 3 -7, 2020.