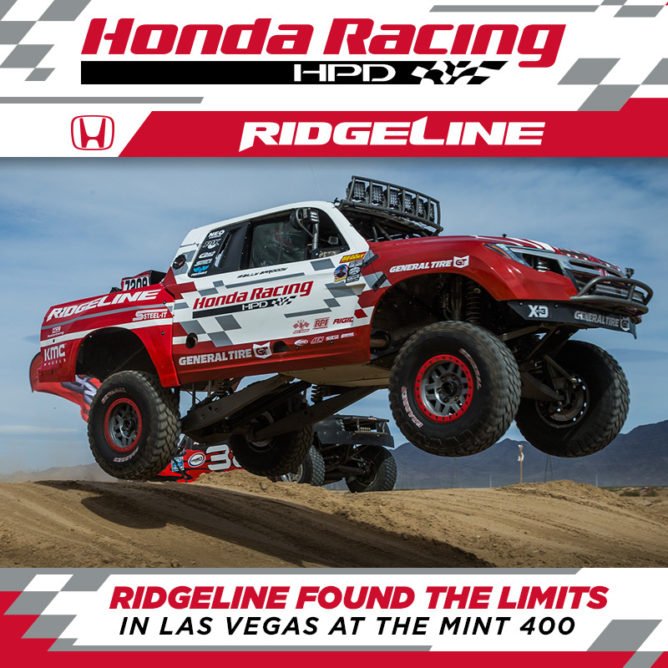 The lure of speed draws many to racing. The guilty pleasures found while clipping along at triple digits are worth the long hours, expense, and hard work required for many but offroad racing draws an especially dedicated group. Taking place in some of the most inhospitable terrain on the planet, no other form of racing puts as much strain on the driver, the crew and especially the vehicle. Pavement racing allows driving at speeds far in excess of that allowed on the streets. Offroad racing allows you to drive at speeds that break the laws of physics. 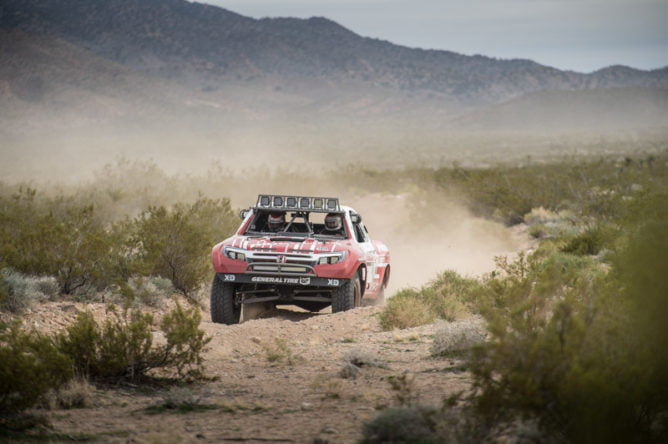 Despite the best materials, careful preparation, and detailed planning, sometimes the desert prevails. At The Mint 400 race outside Las Vegas, Nevada, Team Honda Ridgeline Racing found the absolute limit of an exhaust component on their Honda Performance Development twin turbo 3.5L V6 engine (HR35TT). What started as a tiny, hairline fracture became a race ending malfunction. Temperatures at that location of the exhaust system range from 700-1200 degrees Fahrenheit. As the exhaust heat was exposed to outside oxygen, it burned even hotter. Despite the high tech thermal shielding around the exhaust, escaping heat burned critical wiring that brought the truck to a stop. Due to the remoteness of the venue, repairs could not have been done in time to finish the race. 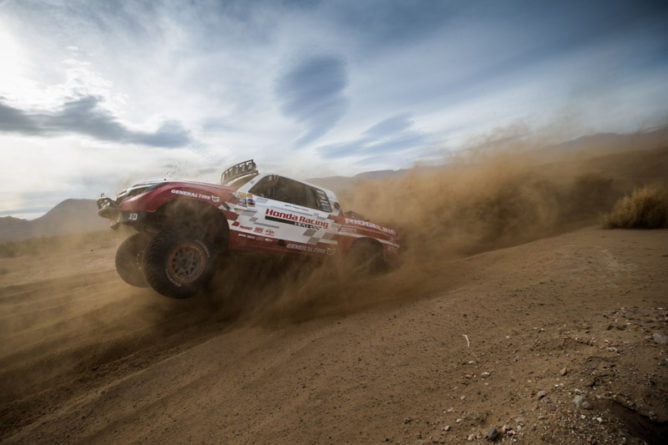 Despite the temporary setback, the Mint 400 was very rewarding. With every race, the team dynamics continue to strengthen. Driver Jeff Proctor was very impressed with new co-driver Billy Baroody’s skills in the right seat and team Manager Pat Dailey had a great plan of attack and race strategy. After taking the start, the truck was running very strong; allowing Proctor to pass two other trucks in the opening miles. While it’s impossible to speculate on what might have transpired, their performance gains were clearly evident and the pace they were running was imposing. It hurts when you are forced to the sidelines but when the failure point of a part is discovered, it makes the team even stronger going forward; strengths that they will need when they take on the Baja 500 in June. They are looking for a repeat of their win at the 500 last season. Look for the team to be streaking across your TV screen or down the Baja Peninsula during the Baja 500 June 1-4. 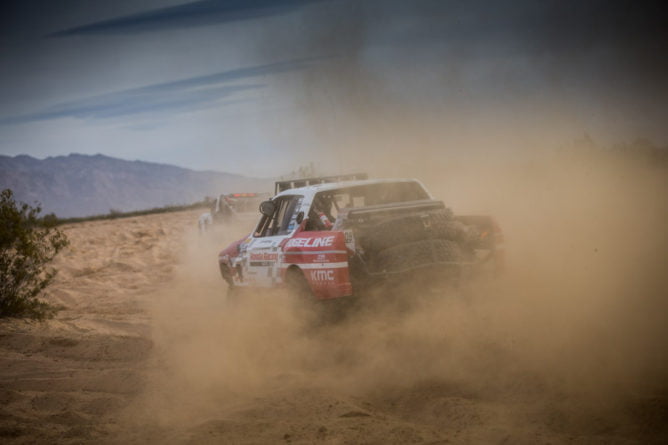