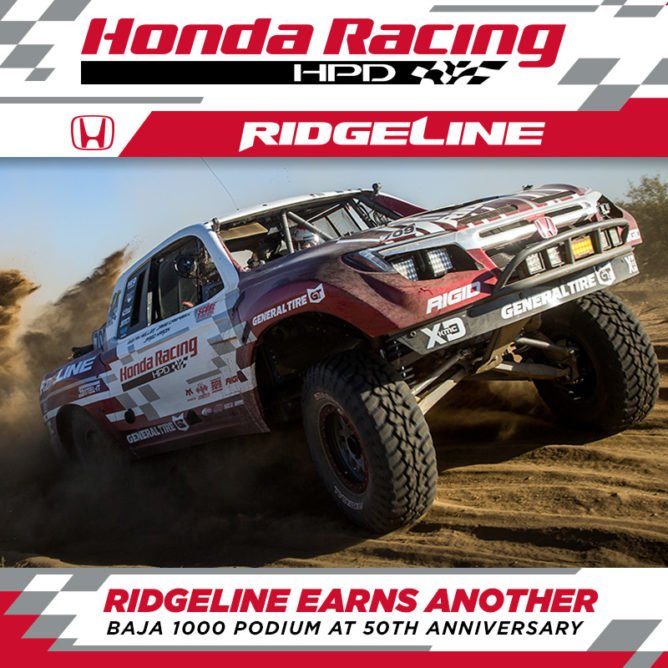 La Paz, Baja California Sur
The 50th anniversary of the Baja 1000 had a course layout that was commensurate with the historic nature of the event. A staggering 1134 miles in length, every bit of it was filled with challenging terrain. There was plenty of silt, rocks, sandy whoops, and deep water crossings as it snaked its way from the start in Ensenada, all the way south to La Paz. The first to start the race are the unlimited Trophy Trucks. Their 39 inch tall tires and 900 horsepower engines punish the course. They pull rocks out of the dirt, break up the silt into loose piles, and cut deep ruts wherever the ground is soft. By the time class 7 and the Honda Ridgeline takes to the course, the conditions are as tough as they will be. 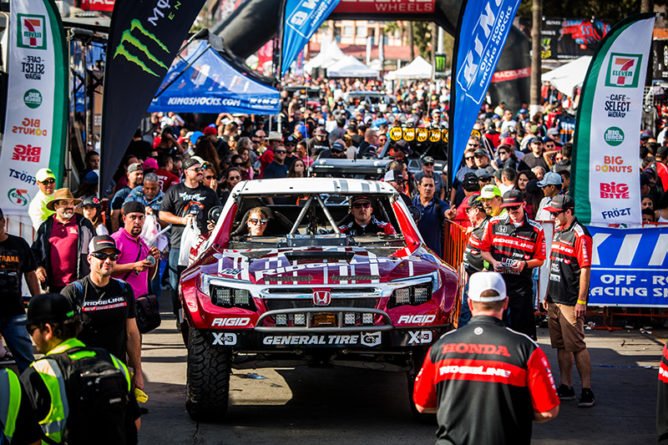 Because of the staggering distance involved, and the number of hours needed to complete the race, team owner Jeff Proctor assembled three pairs that would share the driving and navigating duties. First to take the wheel would be Jeff Proctor with Evan Weller navigating. The second pair would be Eric and Jared Hardin with Eric driving. The critical final leg would be handled by 11 time Baja 1000 winner Johnny Campbell with Jamie Campbell navigating. It was a stellar line-up of talent with tons of Baja experience. 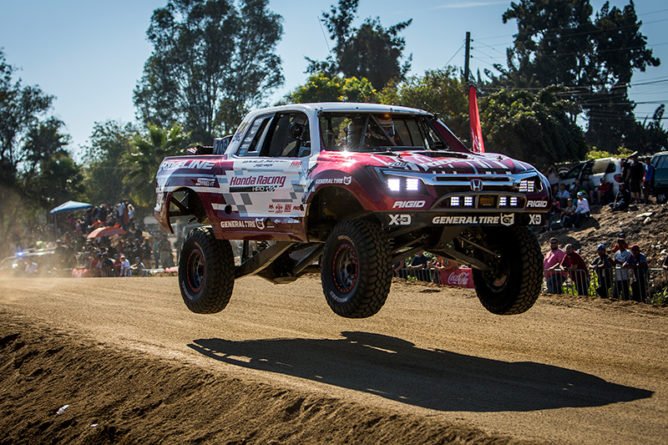 Right from the drop of the green flag, the Honda Performance Development twin turbo HR35TT 3.5L V6 engine was belting out horsepower. They took the lead, and started making their way through some of the classes that started ahead of them. By the time they had made it through Valle De Trinidad and where heading towards San Felipe, they hit a section of heavy sand. 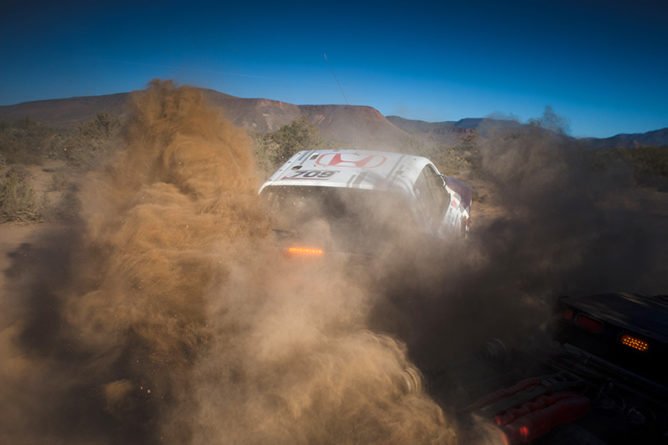 Their General Tires hooked up so well in the tacky sand that they spit out the driveshaft. The terrain made it difficult to get the shaft swapped out quickly. The repair caused them to lose the lead. Once back underway, they made a stop for fuel and fresh tires. Once they were back at full strength, they caught and passed the leader to be out in front again. With some clean air ahead, they checked out; building a big lead. 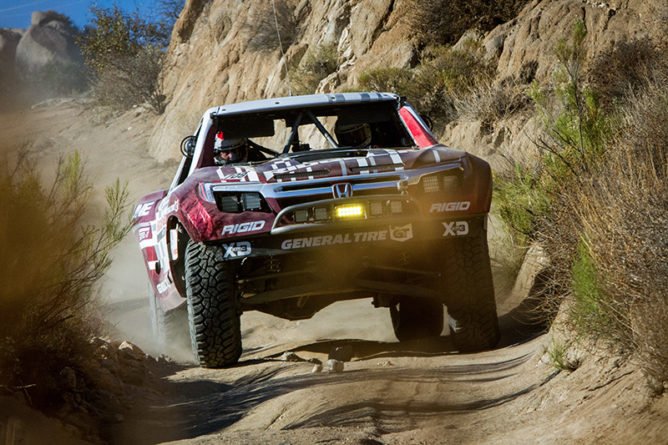 At the next pit, the Hardin brothers got in the truck. They had a very tough section to run. Covered in deep silt and whoops, low laying fog contributed to the challenging conditions. They got stuck briefly in a silt bed but got out while still holding the lead. With only three miles to go to the next driver’s change, they got stuck again. This time, it would not be so easy to get out. While trying to get out of the deep silt, they were turning the front wheels back and forth in some deep ruts. The extreme load on the power steering pump caused it to overheat and fail. There was no way to get to them with the chase truck, so they were left to their own resources. This time, it took them 3 hours to get free. Once they made it to the pit, it was another hour to make repairs, and get back going. Now sitting in third place, Johnnie and Jamie Campbell got in the truck. They clicked off some fast miles, overtaking the truck ahead to climb into second. They were on a blistering pace, but ran out of time to catch the leader. 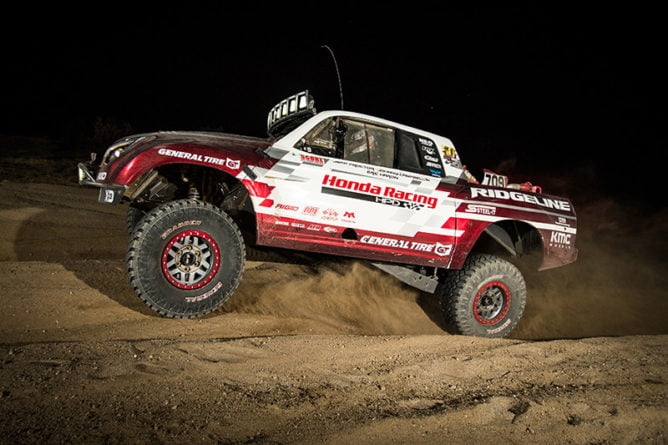 “We ran into a little bad luck but clearly had a truck that was fast enough to win,” said Jeff Proctor, “With the help we receive from Honda Racing / HPD, General Tire, FOX, Rigid Industries, KMC Wheels, Sparco, Eibach Springs, NEO Synthetic Oil, RPI Racing, PCI Race Radios, AEM Air Filters, Pro Eagle, MAC Tie Downs, RaceCarCoatings.com, REEL Driveline and STEEL-IT Coatings, we have refined the Honda into a potent machine. I can’t say enough about our crew and the excellent work they’ve done all season. We are very excited about 2018. Normally we would already have the truck torn down for preparation but we are scheduled to go back on The Rich Eisen Show for a follow up on our race. They wanted us to leave it dirty.”

The Honda might be a little dirty, but the special metallic red paint they applied for the 50th Baja 1000 still shines through the dust. The team is also looking forward to shining through the dust next season when they take on the biggest offroad races in the US and Mexico.