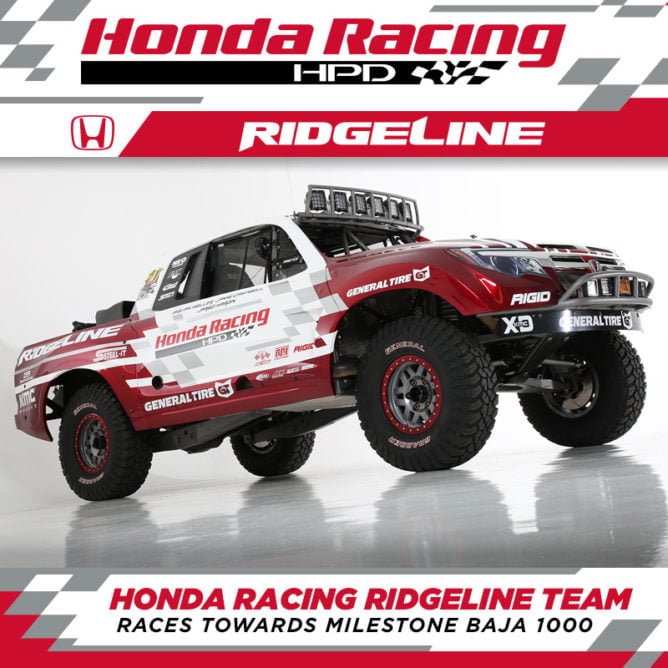 Las Vegas, NV
Off-road enthusiasts at the Off-Road Expo in Pomona, Ca. got a sneak peek at some of the incredibly exciting plans that Team Honda Ridgeline has in store for the 50th Anniversary running of the SCORE Baja 1000 on November 14-18. What immediately jumped out was the riveting, red metal flake paint job that was applied especially for the 50th Anniversary. Astute viewers also picked up on the driver’s names on the Honda Ridgeline’s door. Jeff Proctor will be joined by a pair of distinguished drivers, Eric Hardin, and 11 time Baja 1000 winner Johnny Campbell. The three drivers make a potent combination, and the entire racing community is thrilled to have Campbell flying down the Baja Peninsula in Honda Red once more; this time on 4 wheels instead of 2.

The Honda Ridgeline Team will be working to get Campbell his 12th Baja 1000 win while going for their third straight Baja 1000 victory. Campbell’s experience winning an incredible 9 times in a row will be a huge asset towards their efforts. Campbell will have the task of driving the final leg of the 1200 mile race that travels the length of the Baja Peninsula, and taking the checkered flag. After the Ridgeline was awarded North American Truck Of The Year at the Detroit Auto Show, the team has been planning to match those accolades with a victory at the race that everyone wants to win; the 50th anniversary Baja 1000. If they achieve their goal, it will be historic on many levels. 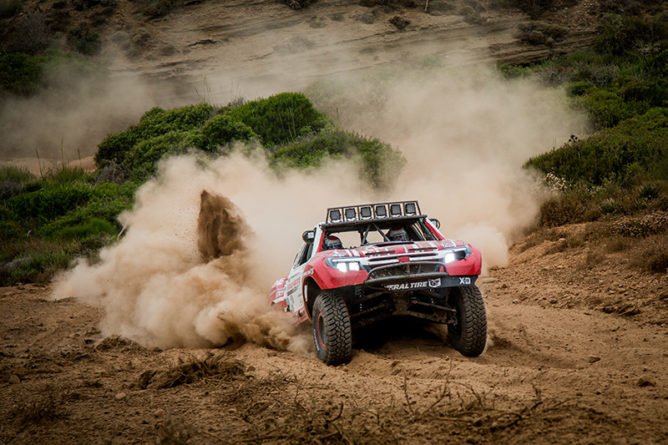 With the race only weeks away, the work continues at a steady pace. The Ridgeline has done some final testing in the desert before getting here to the SEMA Show in Las Vegas, Nevada. The truck is on display in Honda’s booth because not only is it an amazing display of Honda technology and engineering, but its drop dead gorgeous looks are stunning in the new color. “The SEMA Show is the premier automotive specialty products trade event in the world. It draws the industry’s brightest minds and hottest products to one place,” 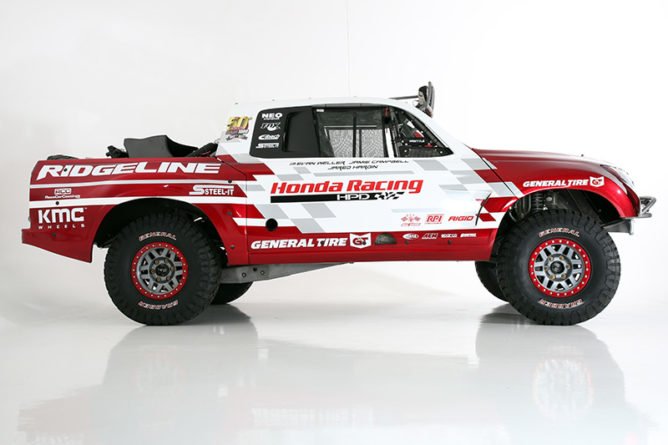 In addition to the truck being on display, several media events will take place including an appearance on the popular Rich Eisen show. “One of television’s most visible anchors and personalities from the past decade,” Eisen hosts The Rich Eisen Show on DIRECTV’s Audience Network. Then final preparations will commence. Prerunning sections of the race course to find the fastest lines through the desert will take place starting November 8th. Each driver will run his section several times to learn the course. The course always changes in the days leading up to the race, but a familiarity with your surroundings is always a benefit when you are making split second decisions at race speeds. If you are at the SEMA Show or plan to attend the SCORE Baja 1000, make sure you grab a poster, check out the beautiful custom paint job and the incredible engineering showcased on the Honda Racing Ridgeline. 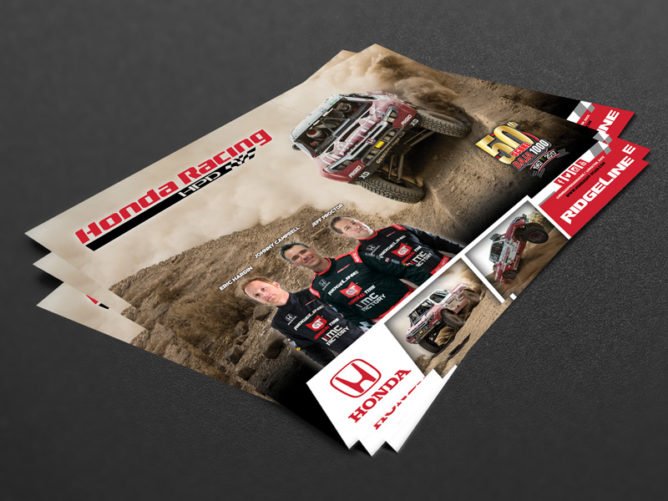