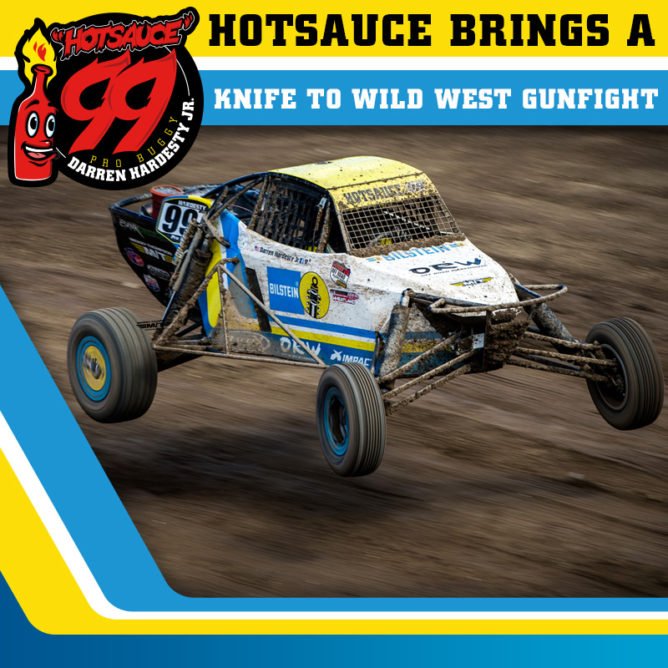 Reno, NV
Wild West Motorsports Park, the venue for rounds 9 and 10 of the Lucas Oil Off Road Racing Series, is known for substantial elevation changes on the track. The grandstands sit below much of the course that traverses the surrounding hillsides. It makes for excellent viewing for the fans, but for the racers, it takes some extra horsepower. 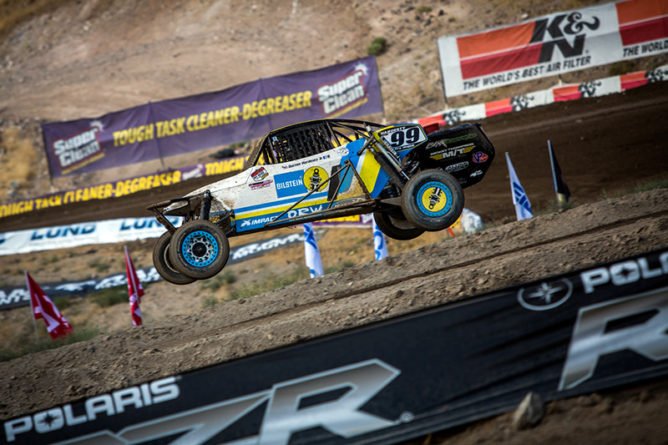 Unfortunately for defending Pro Buggy Champion Darren “HotSauce” Hardesty Jr, he would have less than usual. Just days before he was scheduled to race his Bilstein, Off Road Warehouse, Mickey Thompson Tires, Alumi Craft at Wild West, it was on the dyno at Redline Performance for a quick check. After doing a leak down test, they discovered a loss of compression in the engine. That’s when Mike Porter and his team at Redline jumped into action. Going above and beyond, they stayed overtime to pull the engine apart while it was still in the chassis, and did what they could to restore some of the compression. It was not a repair, more like a Band-Aid to get them through the weekend. HotSauce would be bringing a knife to a gun fight. 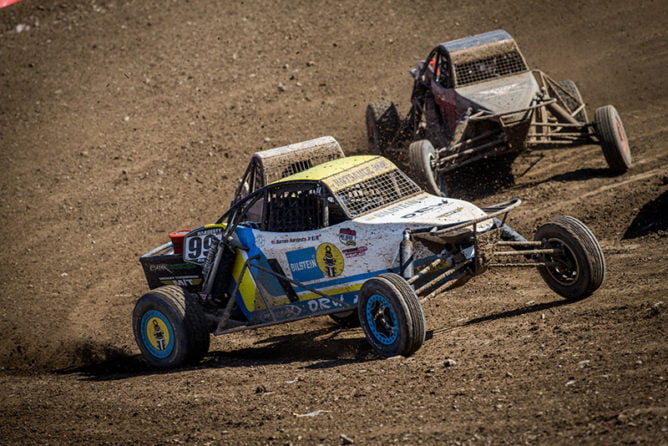 In order to squeeze as much out of it as possible, the crew made a lot of adjustments to the car before qualifying 3rd fastest for round 9. “After they drew for inversion, we started in second,” said HotSauce, “I got a good start and jumped out into the lead. I really concentrated on hitting my lines and running my own race. With only a couple laps to go Cling passed me on the straight, I just didn’t have the top end to challenge him.” Despite lacking some horsepower, the crew did an amazing job getting the car into top tune for the race. Not only did they lead many laps, but they Darren drove the car to a second place podium finish. 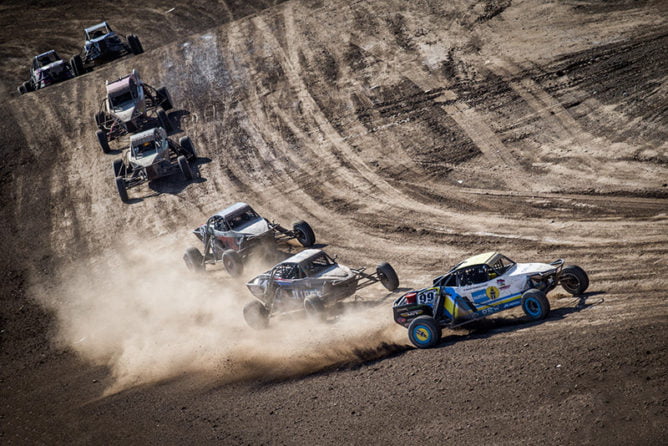 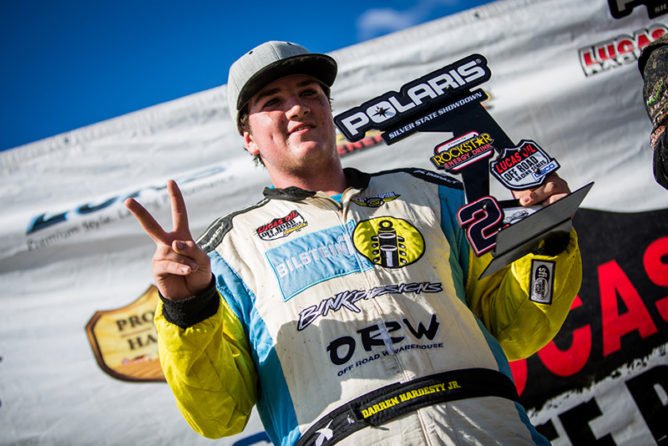 With all the adjustments made to the Bilstein shocks, the suspension, and the brakes, it soon dawned on everyone that the Redline engine was running perfectly. It was not as stout as usual, but it was running trouble free. Darren qualified 3rd fastest again for round 10, and the inversion drawn was a zero so that’s where he started. Once the race began, he got passed and was running 4th. He had put in his homework the day before so he knew the fastest lines around the track, and the crew had the car dialed in perfectly. Soon he picked off third place and set his sights on second. In the final turn of the last lap, he put a move on rival Eliott Watson for the second position and held on until the checkered flag. That made it back to back second place podium finishes for the weekend. That incredible last lap pass on Watson maintained Darren’s lead in the points championship with only three rounds to go! “Once we get back home we are going to pull the motor out and slide in a new one,” said HotSauce, “This weekend proved that we have a strong car, and a strong team behind us. Our combination of Bilstein, Off Road Warehouse, Mickey Thompson Tires, Impact, Lucas Oil, Bink Designs, Champion Spark Plugs, Alumi Craft Race Cars, Black Rhino, RacerX, and USA Wheels is tough to beat. Mike Porter and his crew at Redline Performance really came through for us; our trip to Reno was in question when we discovered the compression was down. I can’t wait to get to our home track at Glen Helen with a fresh motor and put on a show for our fans.” Rounds 11 and 12 will be at Glen Helen Raceway in San Bernardino, CA. on sept. 15 and 16; don’t miss it! For the latest news and information about Darren’s racing, go to: http://darrenhardestyjr.com/ where you will find fan information, race reports, photos, videos and much more.