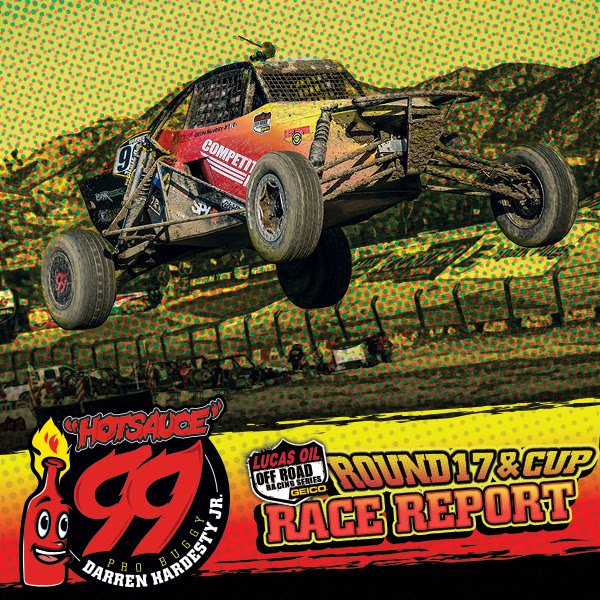 HotSauce Gets Bottled Up At LOORRS Lake Elsinore Finale

Darren “HotSauce” Hardesty Jr. achieved gargantuan success in 2015. His performance was so impressive in the first few races of the regional series, it earned him the green light to run with the pros. Running both series simultaneously, he earned rookie of the year titles in both. He was on the podium for every round of the So Cal Lucas Oil Regional Series and won the Pro Buggy championship. His goal going into the final regional series race was to take the championship with a win, and he did. He also made the record books when he became the youngest driver to win a pro series race at the age of 14. 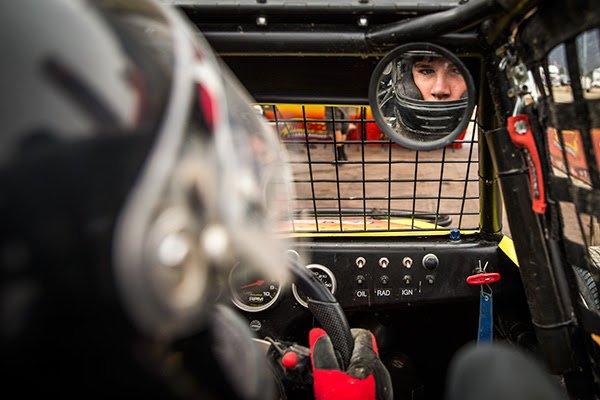 With a huge bounty of accomplishments already under his belt, he showed up for the final round (17), of the Lucas Oil Off Road Racing Series. He would also wheel his Competitive Metals, Bilstein, ORW, Mickey Thompson Tires, ReplayXD, SPY, Lucas Oil, Bink Designs, Alumi Craft Pro Buggy in the Challenge Cup race the following day.

A lot of effort goes into a race weekend. The car needs to be adjusted to work with the track conditions that are constantly changing. The crew has to make the right calls on the set-up and the driver has to be on his game. Sometimes the tiniest detail can affect the outcome of a race. Such was the case in round 17 for HotSauce. 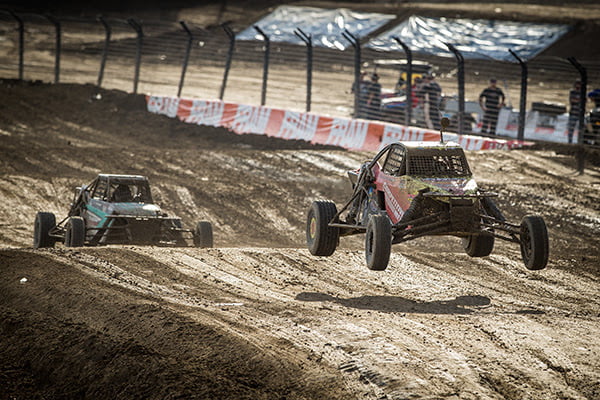 Drivers have thin sheets of plastic that attach to their face shields called tear-offs. They got their name from the way they are used. Mud is constantly being thrown up from the rear tires of the car ahead. When it builds up on the driver’s face shield, they pull a tear-off and their vision is restored. When they work, they come off one at a time. When they malfunction, it’s a problem. 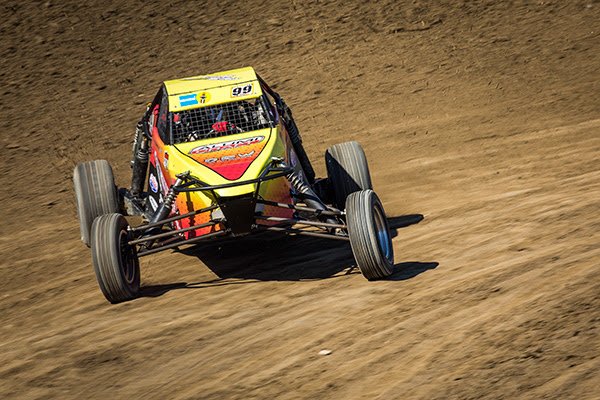 When HotSauce grabbed for a tear-off, the entire stack came off at once. Instead of concentrating on racing, he was trying to avoid the roost from the car ahead. He soon had mud on his visor that was blocking his view. He was trying to stay on pace, set up for the corners and not hit the wall; all while driving blind. When he finally passed the car in front and had some clear track ahead, the leaders had checked out; there was no time to catch them. 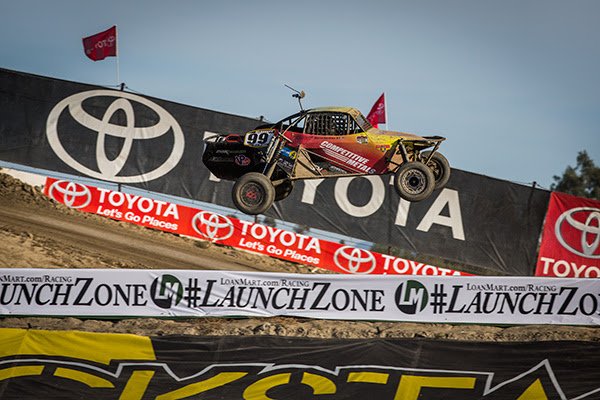 It was not the way HotSauce wanted to end his season but with all the success he’s had, he really couldn’t complain. As a matter of fact, HotSauce rarely ever complains. He’s been racing long enough to know what to expect and he’s been mentored well by his father Darren Sr. and his Grandfather Earl; both championship winning racers. “I’m so grateful for the season we had this year,” said HotSauce, “I have to thank the team and all of our sponsors, Competitive Metals, Bilstein, ORW, Mickey Thompson Tires, ReplayXD, SPY, Lucas Oil and Alumi Craft. 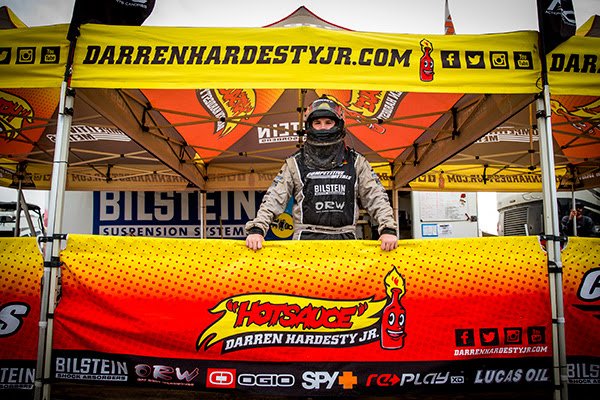 It will be nice to go to the desert and have some fun with my friends and family. We will fix some things on the car and start to make plans for 2016. It will be nice to take a break, but I know I will be itching to get back to racing.”

Darren has set a high bar for himself. Next season will have new goals and new challenges for him. To stay up with the latest news and information about Darren’s racing, go to: http://darrenhardestyjr.com/ where you will find fan information, race reports, photos, videos and much more.

About Darren “HotSauce” Hardesty Jr.
Darren “HotSauce” Hardesty Jr. is a third generation racer who is making his own mark on off road racing. Darren’s Father, Darren Sr. and Grandfather Earl, have both won the most prestigious off-road races in the world and own Championships in the premier SCORE International Desert Racing series. The competitive streak runs deep in the Hardesty family. Darren Jr. shares the same drive and has worked his way up the ladder from Dwarf cars and JR1 Kart, where he was named “Rookie of the Year”, to JR2 the fastest kart class in the Lucas Oil Off Road Racing Series, Modified Kart. In 2015, Darren Jr. will be racing in the highly competitive Pro Buggy Class in the Lucas Oil Regional Series and at select national events. At only 14 years of age, Darren Jr. already has a great deal of time behind the wheel of a race car and the insight and knowledge instilled in him from his accomplished family. Put him in the driver’s seat and he is guaranteed to spice things up as his nickname “HotSauce” suggests.