Chandler, AZ
Darren “HotSauce” Hardesty Jr. wrapped up his second straight Pro Buggy points championship with a win in the final round of the Lucas Oil Off Road Racing Series. Winning a championship puts you in a special category of racers. Winning two in a row is a whole other level. Everyone is gunning for you when you hold that number one plate. Defending a title shows speed and consistency. 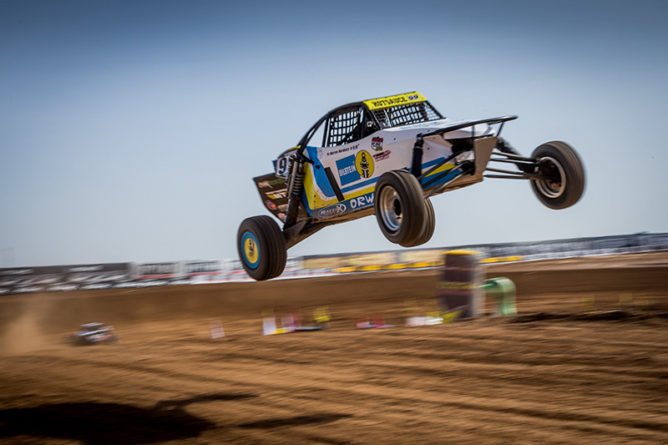 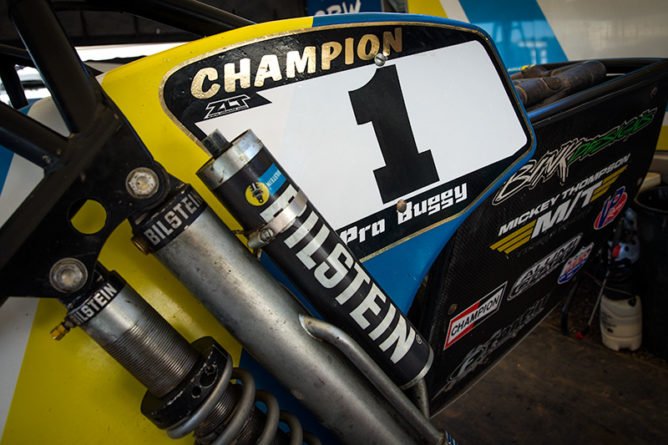 It takes a huge commitment from the entire team which includes the sponsors and supporters. The driver gets a big portion of the accolades but a winning team is a huge operation with a lot of moving parts. Every piece of the puzzle is equally vital. Darren is a third generation racer who continues the Hardesty family’s championship winning tradition. 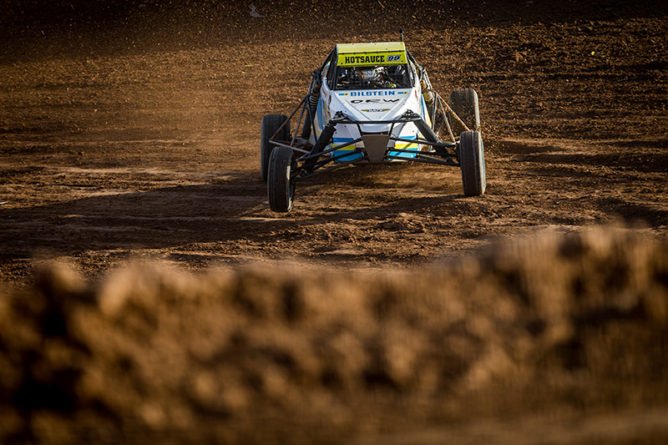 “My team never gives up!” says HotSauce, “They keep me motivated and give me the best tools to work with. When my spotter Matt Major came on the radio and told me I won my second championship I was overcome by emotion. We worked hard all season. So many people came together to make it possible. Bilstein has been a part of our family for many years. Mickey Thompson Tires kept us hooked up all year. Lucas Oil and Champion Spark Plugs kept our engine running strong. Off Road Warehouse gets us the great parts that we need to run up front, and Alumi Craft Race Cars built us an awesome car. I also want to thank Impact, Bink Designs, Black Rhino, RacerX, and USA Wheels. 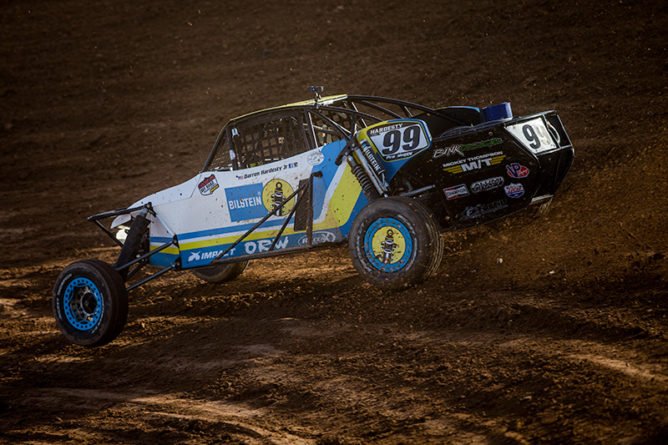 My biggest thanks go out to my Dad, and my Grandpa. They always have my back and keep me going strong. After we took the checkered flag the fans were going nuts and it was incredible all the high fives I was getting on my way to the podium. I got on top of my car and shouted “we’re number one!” I was so excited!” 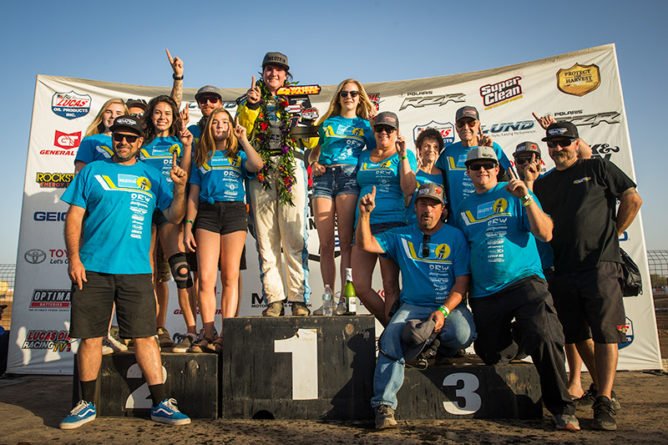 Darren qualified second fastest for round 13 and a 2 was drawn for the inversion that put him on the pole. During the race he put his head down and ran his own pace, winning wire to wire. With the final round and the championship won, only the Challenge Cup race was left to run. “I told my team that we were going for the money,” said HotSauce, “We qualified 2nd again. 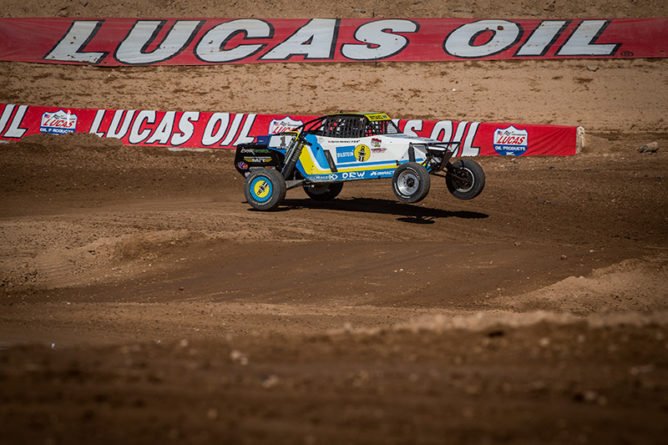 During the race we got a good start but something happened to the shift linkage. I was having a hard time shifting; I had to use the cutting brake to get the car into 4th gear. 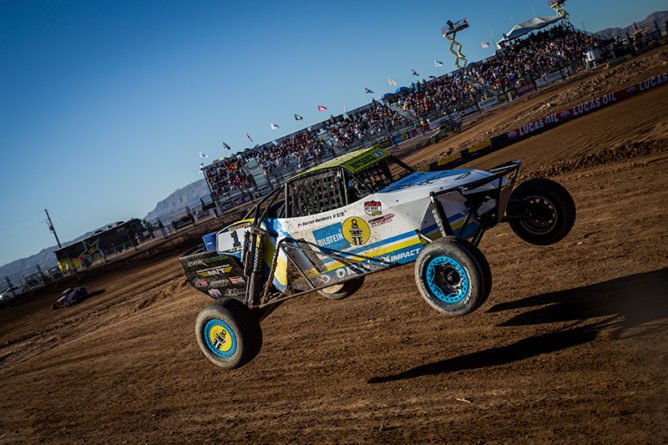 I saw Kevin McCullough catching us and gave him some room but we still got hit when he went by me. It broke the front suspension and gave us a flat tire but I was determined to send it. Watson also caught and passed us. 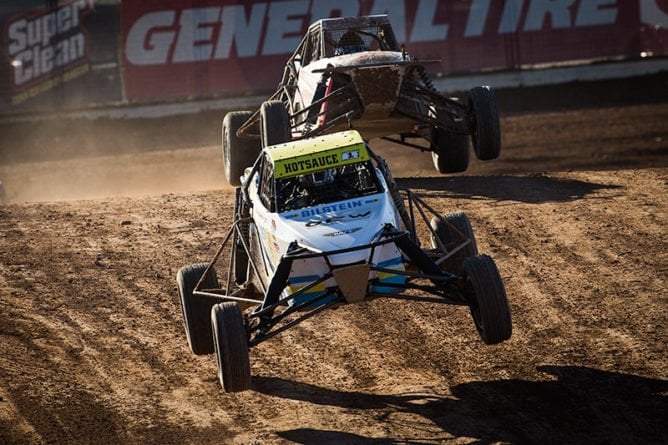 We finished 3rd in the Challenge Cup and I’m not unhappy with that. Watson said he was going to make us into tomato sauce this year but we won our second straight championship and are determined to be even hotter next season!” 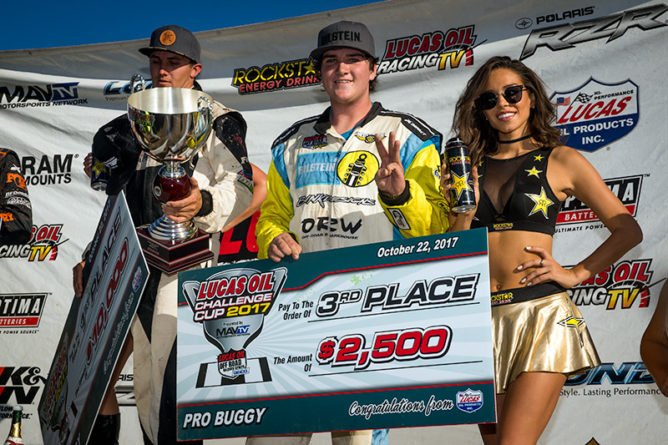 Anytime Darren “HotSauce” Hardesty Jr hits the track, he spices things up. After winning his second straight Lucas Oil Series Pro Buggy championship he can’t wait to get back on the track for more next season. For the latest news and information about Darren’s racing, go to: http://darrenhardestyjr.com/ where you will find fan information, race reports, photos, videos and much more.