The stage was all set for the premiere test event of the TitansRX Rallycross Series at the MJP Arena in Fuglau, Austria, last week. The recent Barcelona rallycross event dominators Timmy and Kevin Hansen led the pack, but the Swedes had to take on strong opposition with Toomas Heikkinen, Lukas Kornel, Tamara Molinaro, and others. Kevin Hansen stormed through the qualifying rounds but was sidelined with a technical issue ahead of the final. So, the decider turned into a two-way battle between the elder Hansen brother Timmy and Heikkinen, in which the Finn edged him out with a new track record in the last lap. “CsuCsu” Kornel held off Molinaro, the series’ first female driver, to secure third place.

“It is always great to win a race. However, this time, it was even more important to see that TitansRX is ready to kick-off. Everything has worked really well – the cars, the races, and the organization. The grid is strong, and the fans will love the excitement,” Heikkinen was content. “This event gave a first taste of what Titans RX will be like. It was good racing and a great show at the test and media day for everybody. I am looking forward to getting the season started at end of June in France,” Timmy Hansen said. Consequently, TitansRX CEO Max J. Pucher was also delighted saying: “Seeing TitansRX Europe come together at the MJP Arena was truly fantastic despite the freezing cold and rainy weather. I want to thank everyone at MJP Promotions and our partners for the smooth organization. Engineering delivered a set of exciting Pantera RX6 cars which drivers and spectators enjoyed immensely. The cars have proven competitive, reliable and easily serviceable, which raises high expectations for a good season.” He added: “Most of all, it was good to see that the LionRX3 FIA Supercars and the PanteraRX6 delivered close-up racing action running side-by-side at similar performance. The LionRX3 has five years of WorldRX level development under the belt, while the Pantera is only a few months old.” The FIA has already signed off the Pantera car giving highly positive comments on the car’s safety and overall technical quality.

New Location for the season opener

“We are now looking forward to running the TitansRX Series maiden race in France,” Pucher said. The 2019 TitansRX Championship will take off on June 29/30 in Essay, after the race has been moved from Dreux in the last few days. “Essay has previously hosted many European events and enjoys a great reputation in the Rallycross community.” TitansRX Series promotion on Eurosport is also starting to kick in, so it’s high time for all Rallycross fans to sign up on Eurosport Player, not to miss any of the all-day Rallycross action coming their way!

TitansRX is a Rallycross Series focusing on the excitement of drivers and fans participating in one of the most competitive and fastest growing motorsports. TitansRX will hold twelve races on six doubleheader weekends in six different countries. The innovative one-design PanteraRX6 car will provide a level grid, emphasizing driving skill. The new regulations will create more exciting and closer racing. The TV production will put drivers to the foreground and capture the most energetic and emotional moments on and off the track. 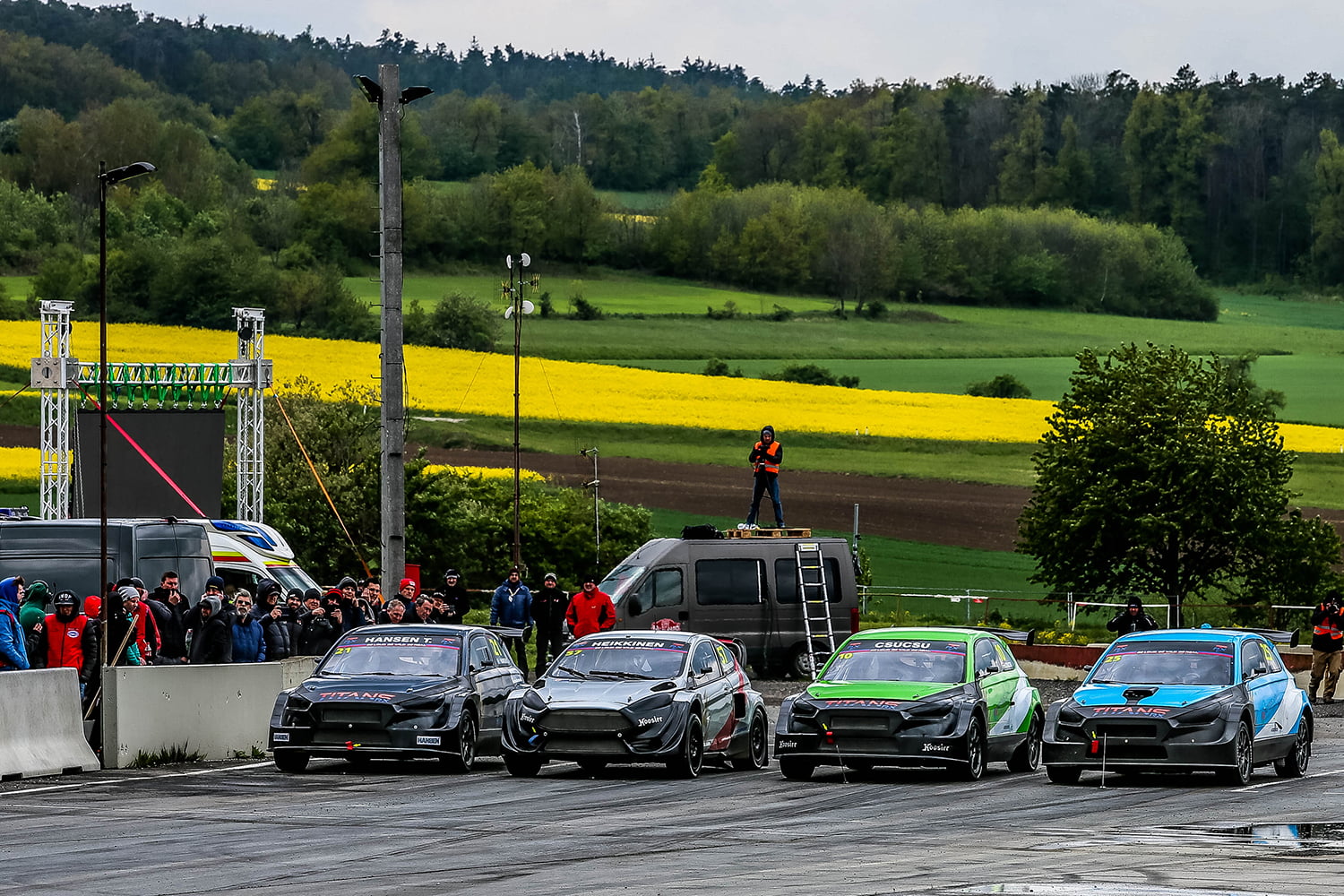