“If it was easy everyone would do it.” That is a famous quote that can be applied to many things, and it definitely applies to winning the King of the Hammers race. The toughest offroad race in America never disappoints and always lives up to its name year after year. 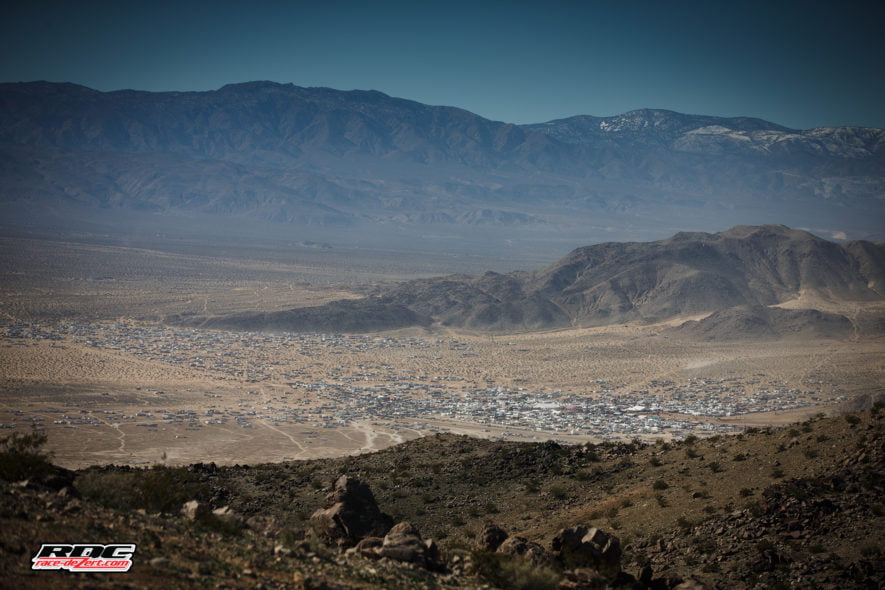 In its 13 year existence only five drivers have ever won the prestigious race and this year that number didn’t change. Last year Jason Scherer became a two time champ, but now he can be called a three time champ. 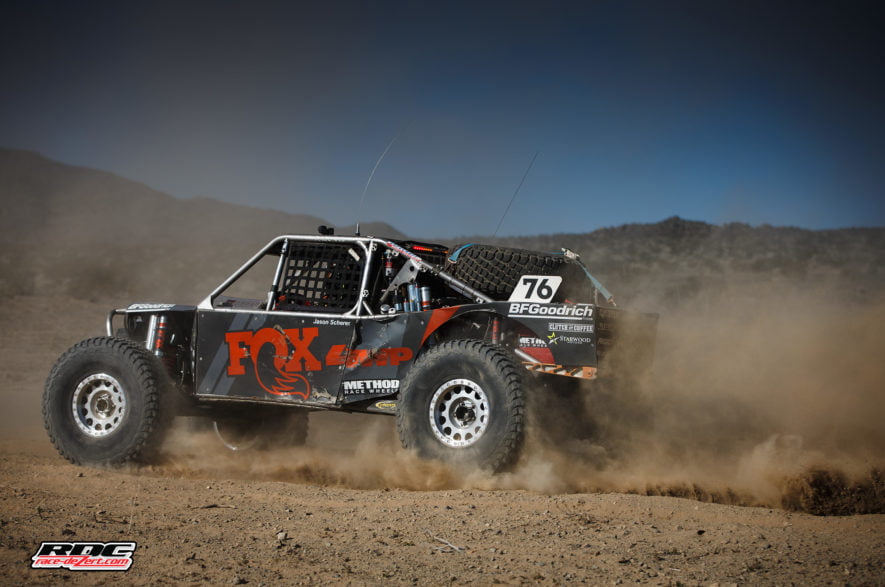 Missing the top qualifying spot to Nick Nelson earlier in the week by .1 of a second, the two left the starting line side by side and Nelson grabbed the hole shot heading out to the desert. Both drivers skipped going up backdoor so the battle went into the open desert where the rest of the field would play chase. 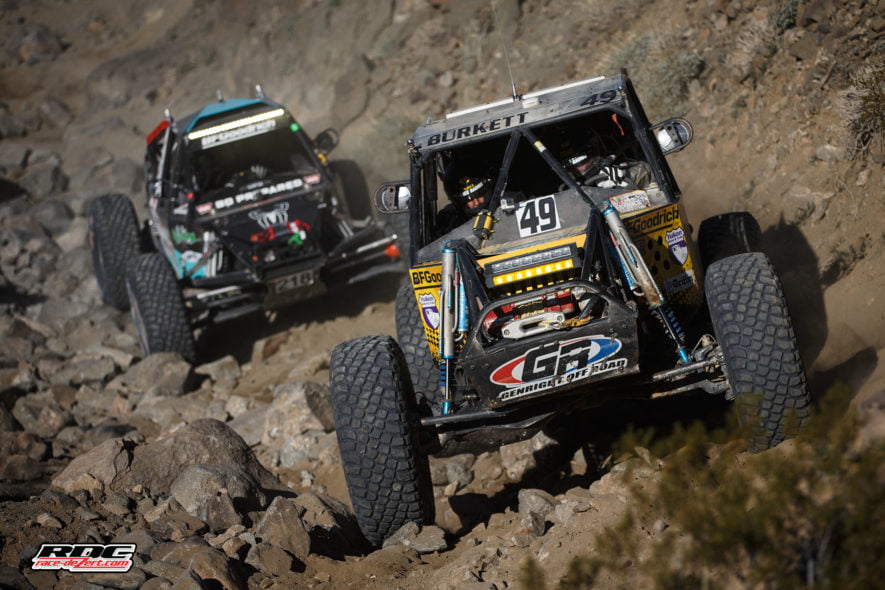 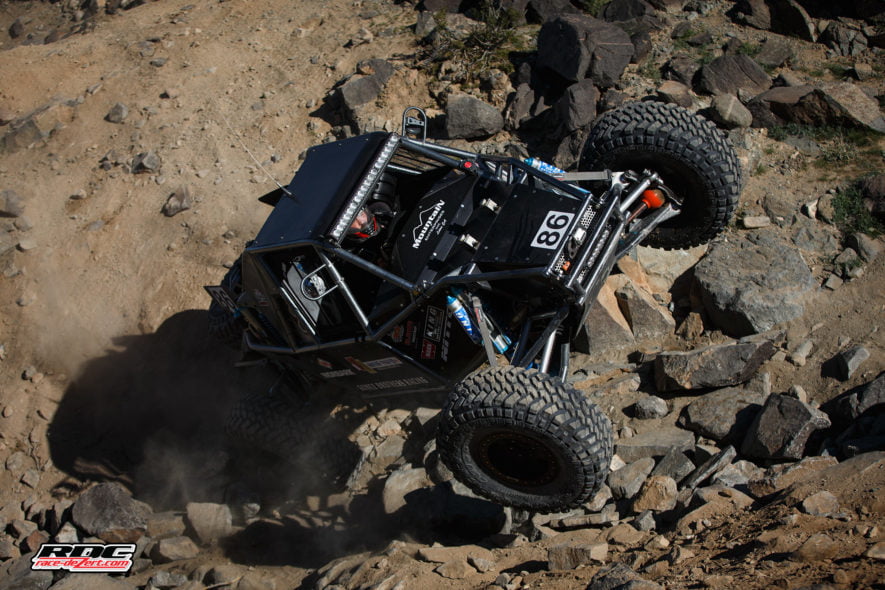 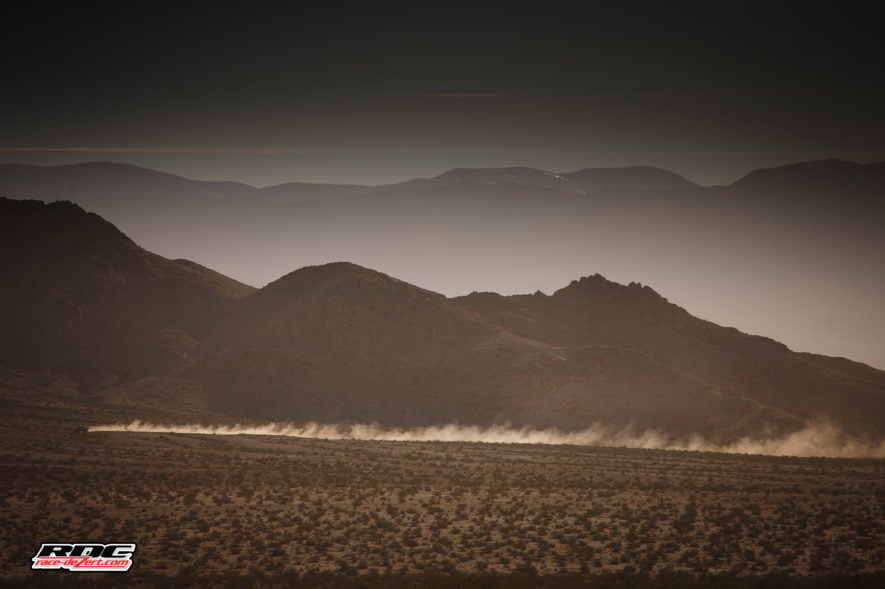 The two battled back and forth for the majority of the large desert loop and behind them people starting having issues early. Loren Healy, one of the five drivers to win this event had to drop out after a transfer case failure at race mile 64. 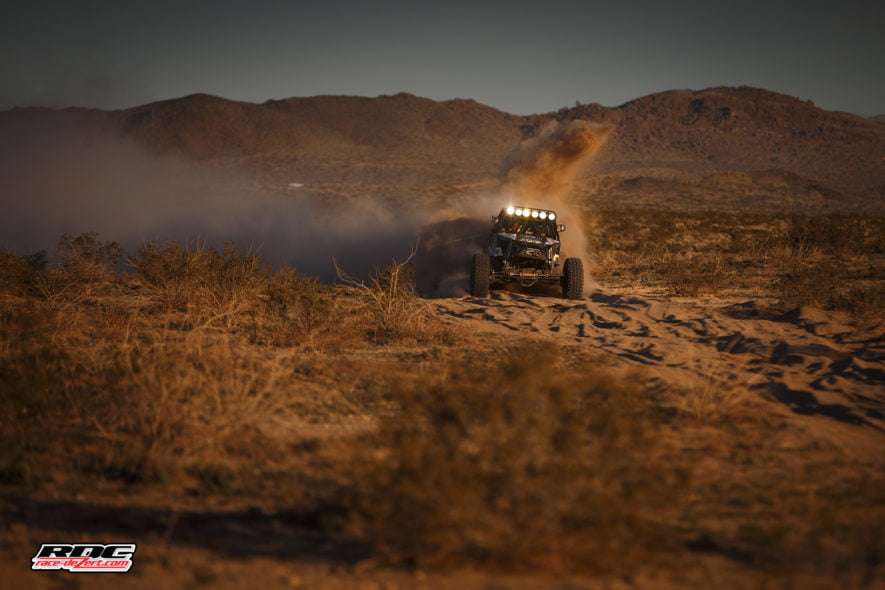 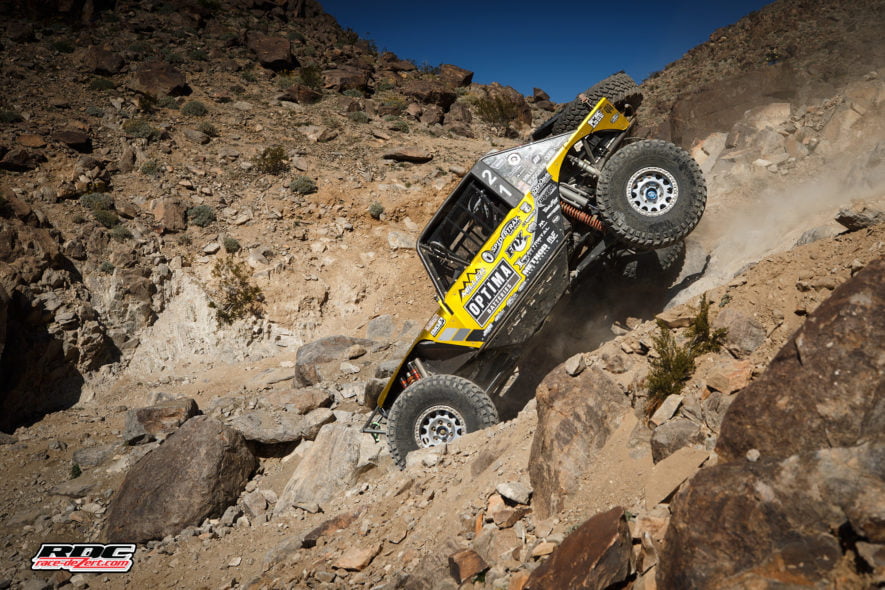 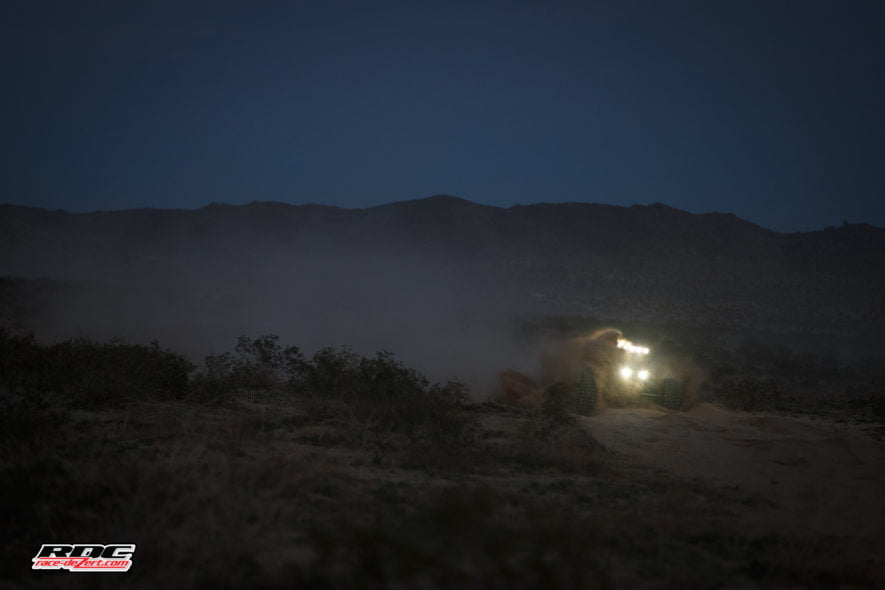 While rain and even snow hit Hammertown earlier in the week, after the EMC race and the Desert Invitation it was all dust out on the course making passing difficult with other drivers. Leaving the start line into lap two Nelson and Scherer hit backdoor at the same time, and while both had to winch up the waterfall it was Scherer who got up first taking over the lead. 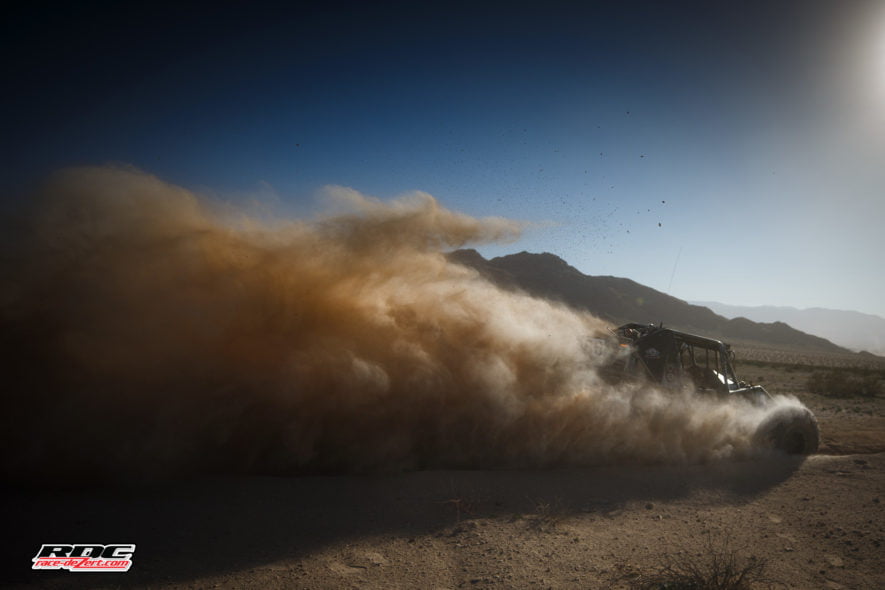 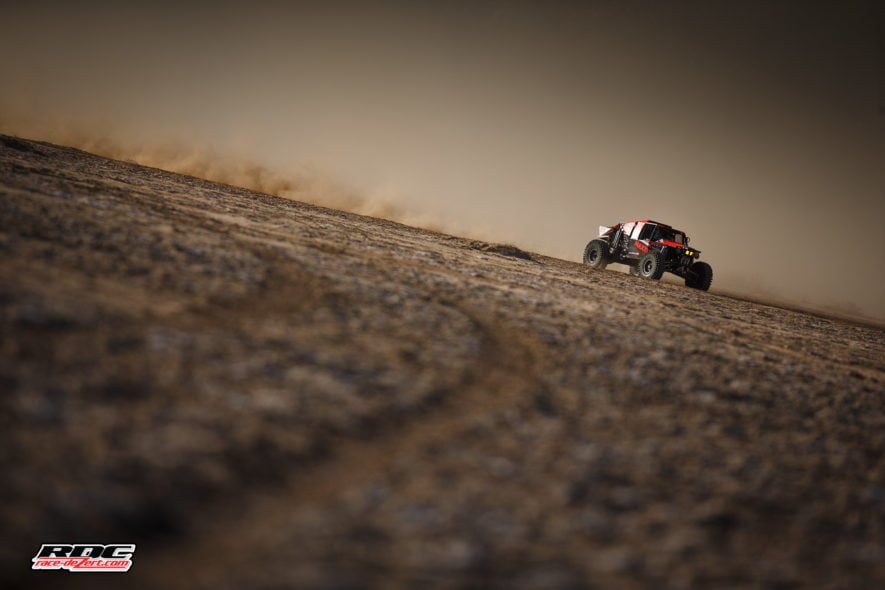 From there Scherer never looked back. Rock obstacle after rock obstacle he kept pushing his lead and putting time on the rest of the field. A few drivers such as Wayland Campbell were in striking distance (he would later break near Aftershock), but no one had an answer for Scherer who had a near flawless race. 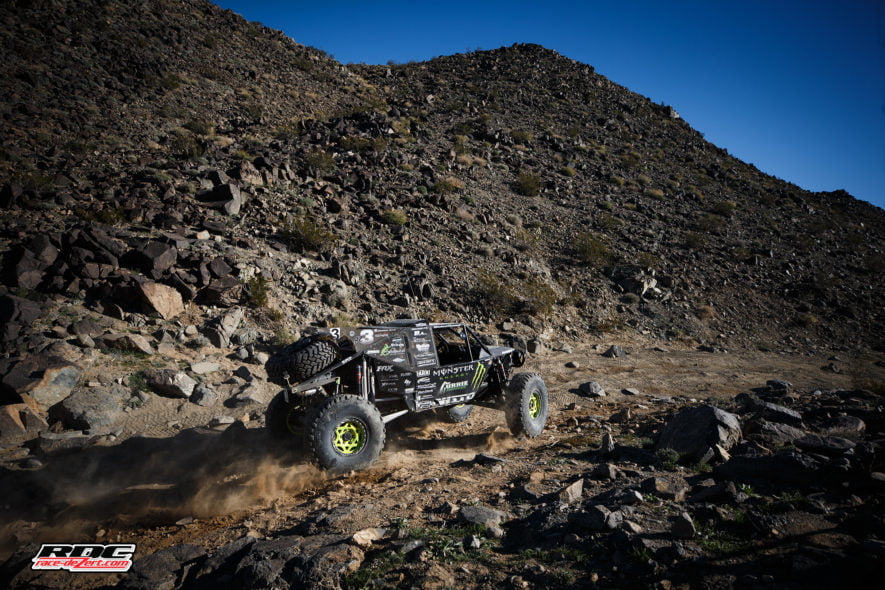 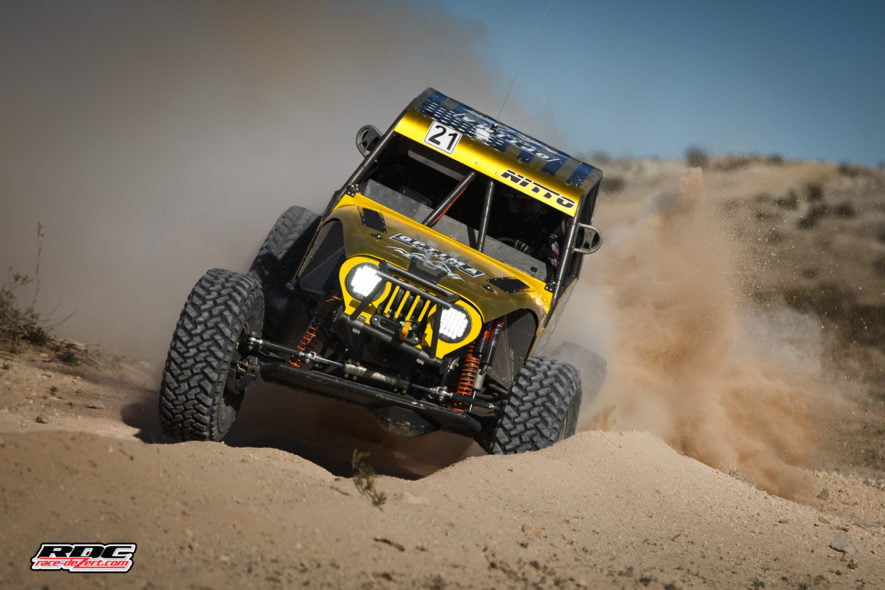 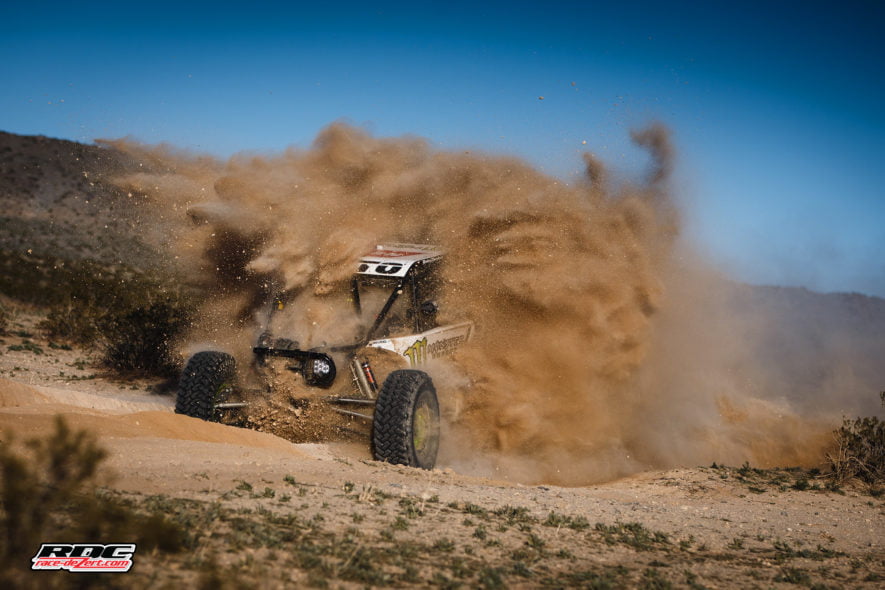 As the race came to a close Erik Miller, who started 19th, was the only one who was close enough to capitalize on a mistake by Scherer. Coming into the last desert section after Spooners Miller kicked it into an extra gear and put a lot of time on Scherer, but it was too little too late as Scherer had too much time on everyone and was crowned the 2019 Nitto King Of The Hammer Champion.