Click here for the SS300 update thread with the live tracking map and live video.

Some races track position isn’t a huge deal, with a lot of miles you have time to pick people off and make up time from the back. The BITD Silver State 300 is not that race. With lots of dust and mostly singe lane race course starting up front is at a premium. 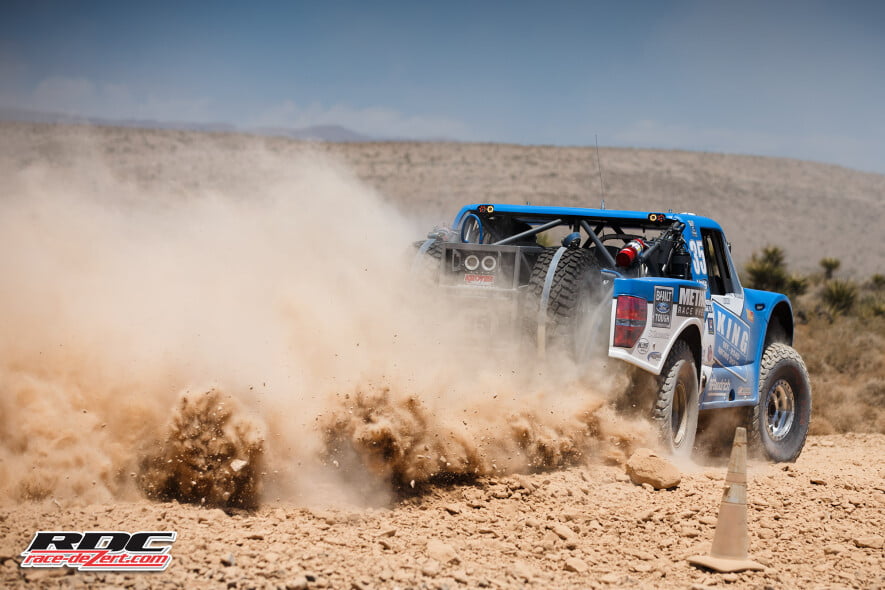 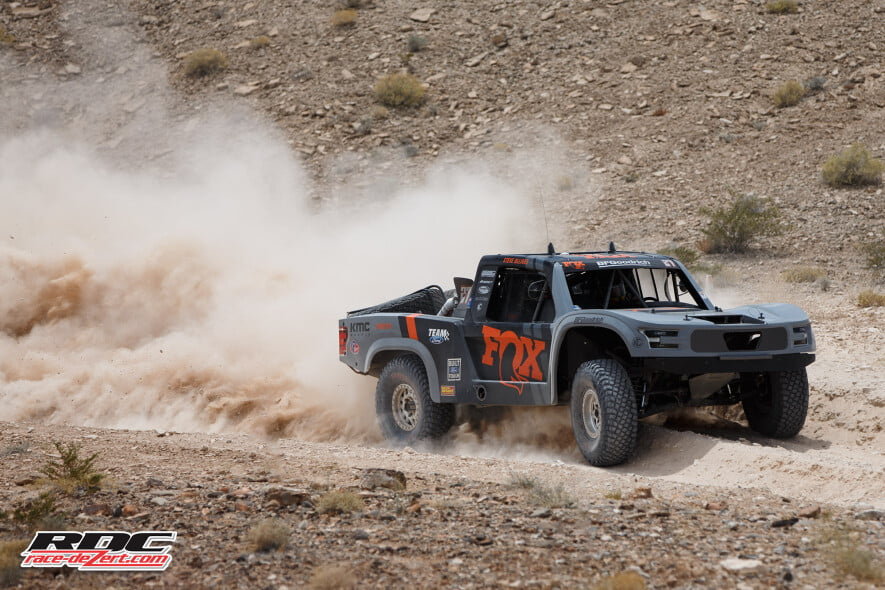 In qualifying today Bryce Menzies laid down the fastest lap time around the 5 mile time trail course out in Apex, however he would come in a little to hot into a corner causing him to over correct and tag a cone. With the 15 second penalty it would drop him down to 10th place. 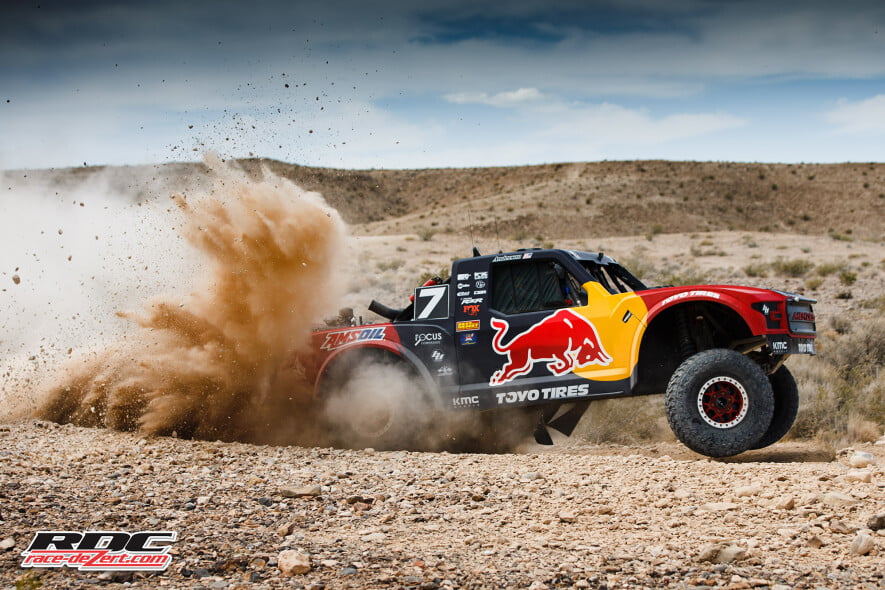 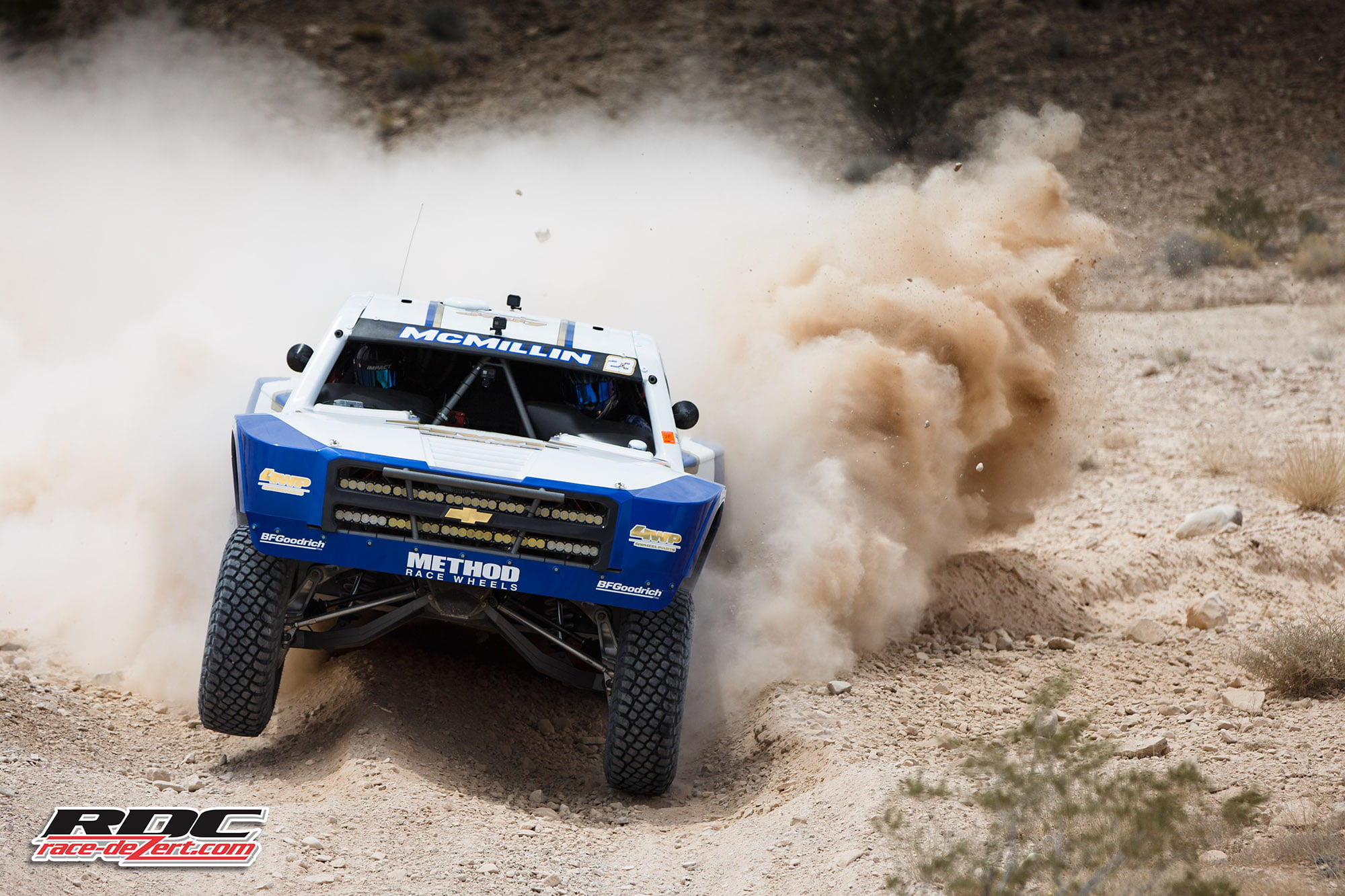 with the mistake a gift was given to Jason Voss who now earned the top position, and if history repeats itself Voss leading the pack usually ends in victory. Justin Lofton will start behind Voss followed by Luke McMillin, Harley Letner, and Justin “Bean” Smith. With the mistake Menzies will look to make a move early and get valuable track positions back. 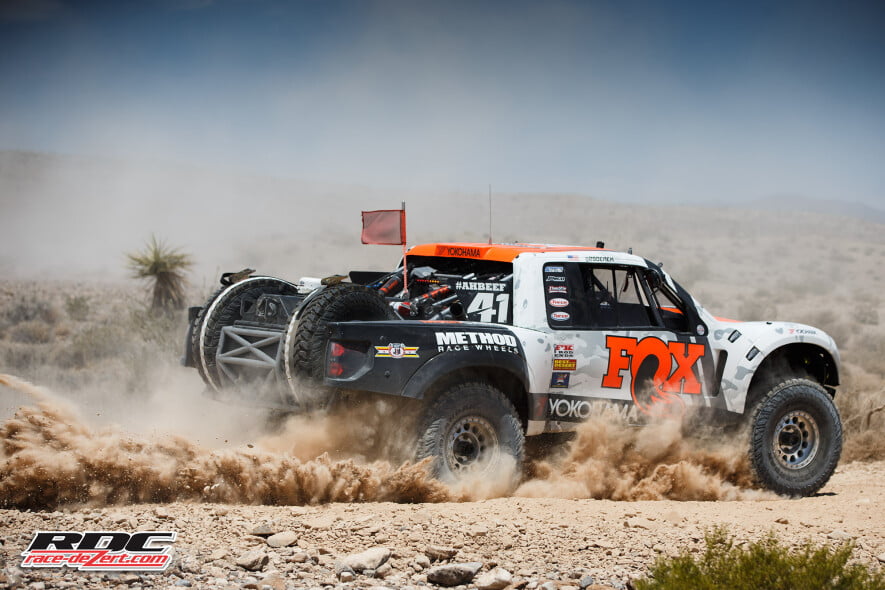 In the 1500 class Sam Berri grabbed yet another top qualifier with Joe David and Jake Johnson right behind. 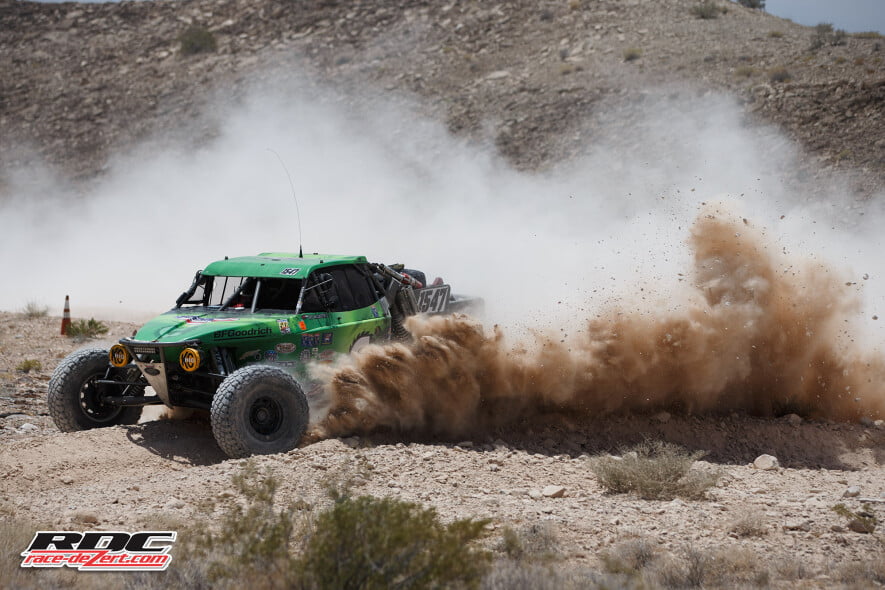 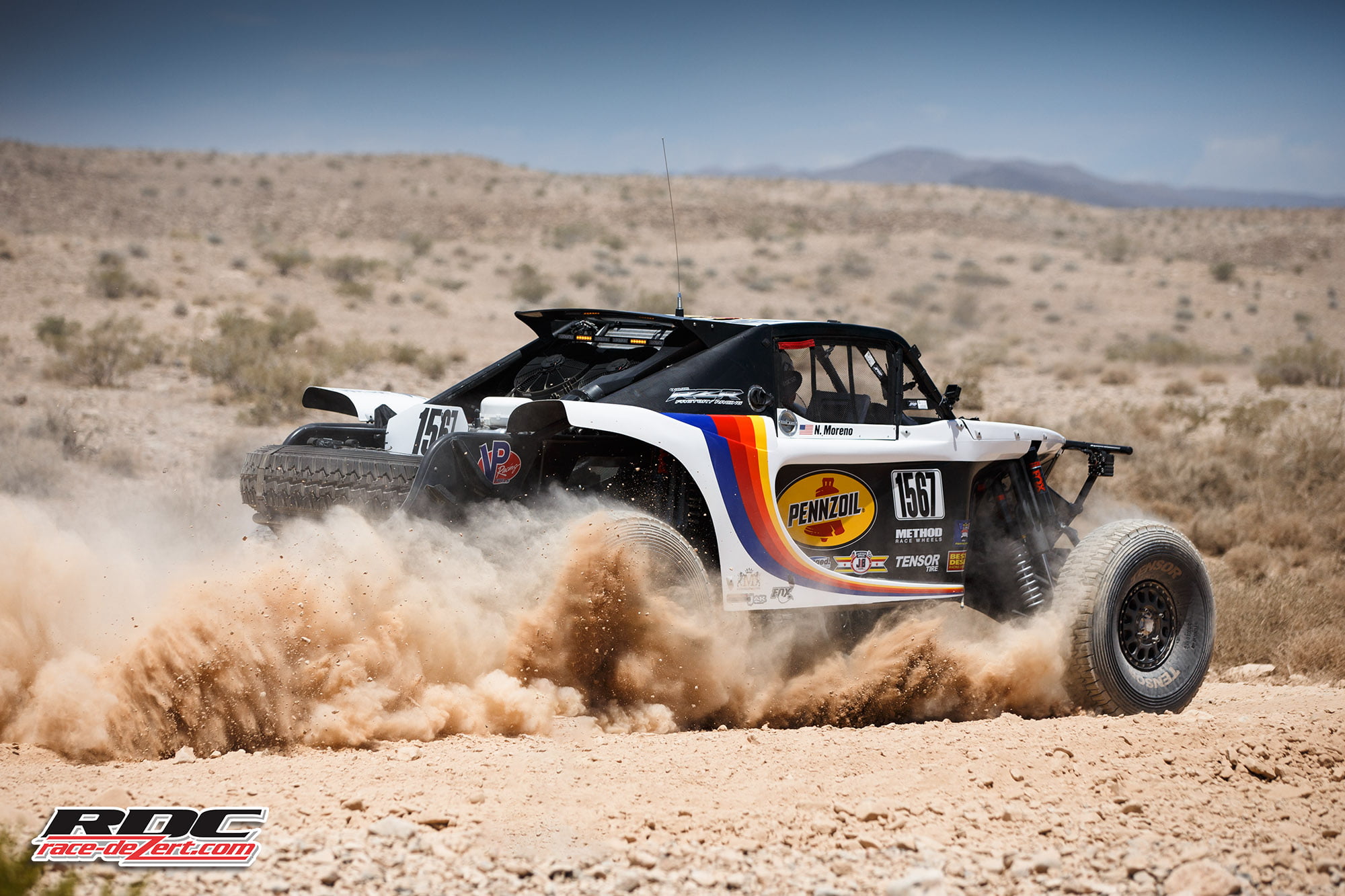 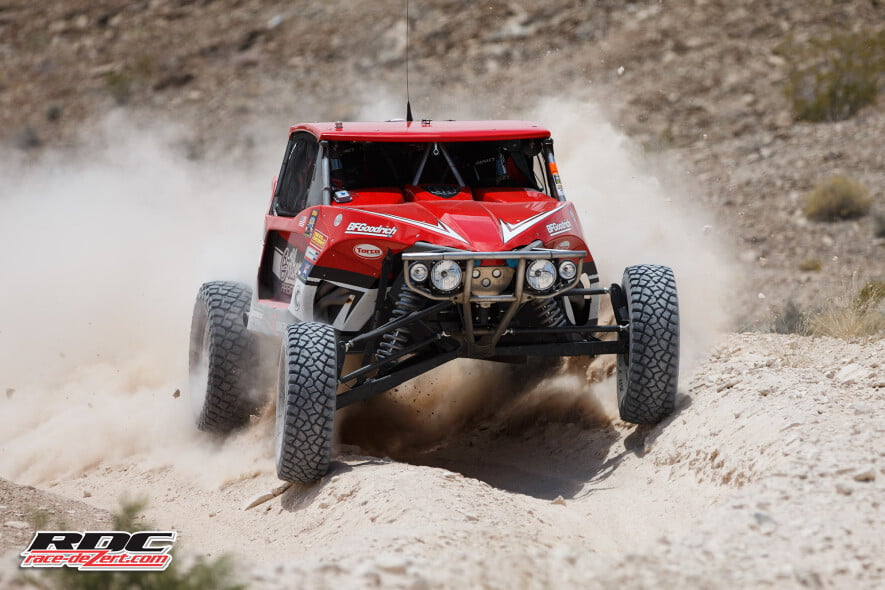 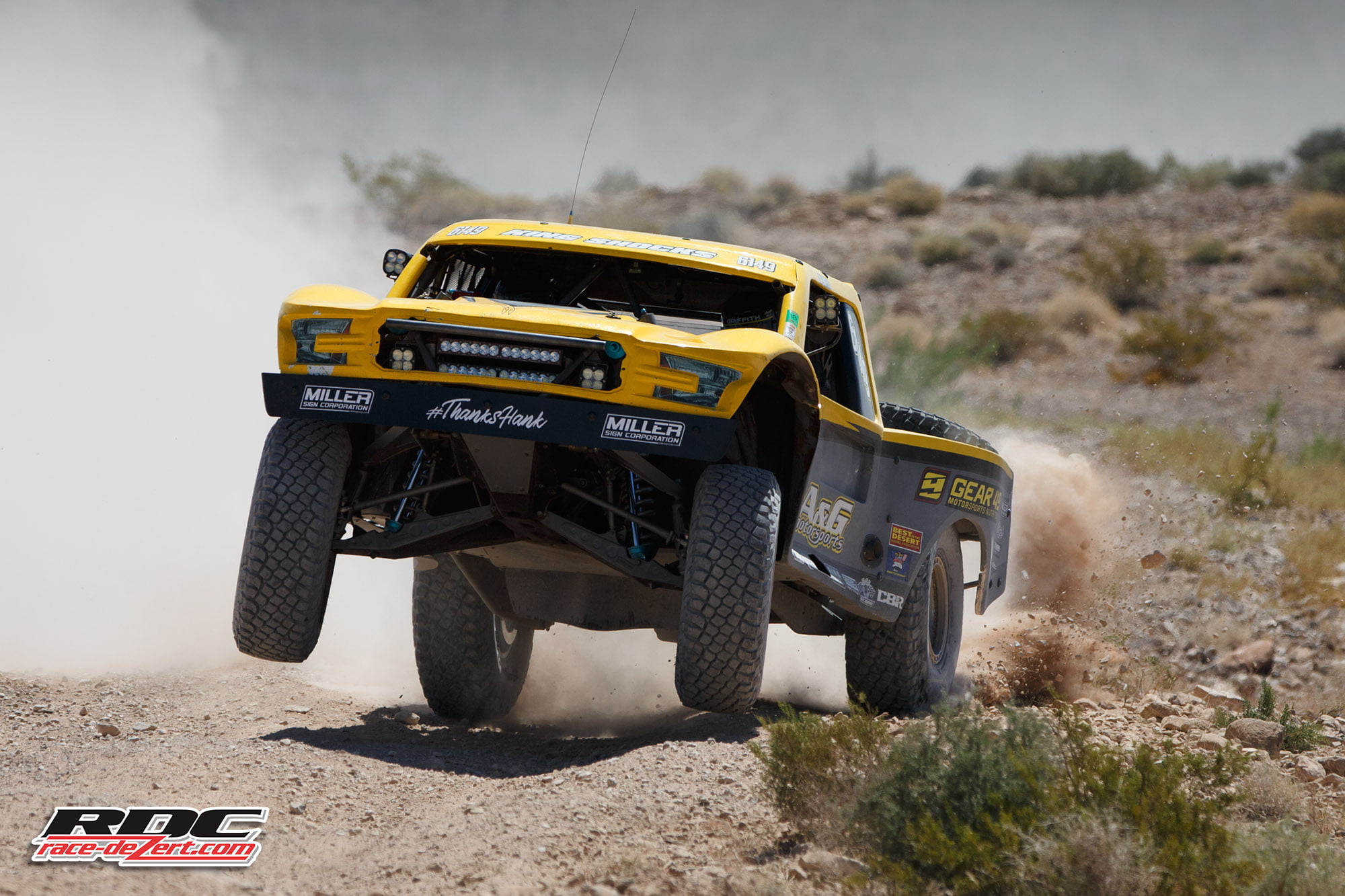 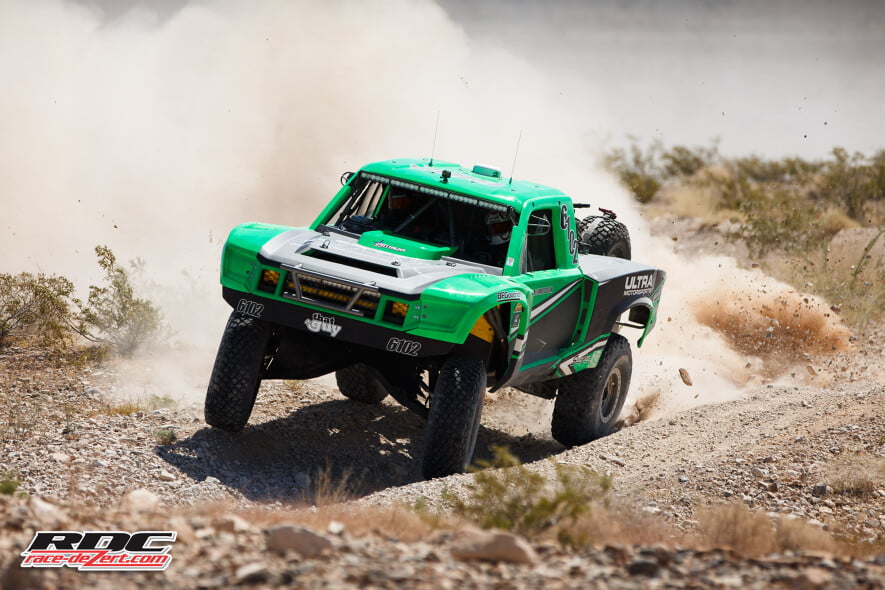 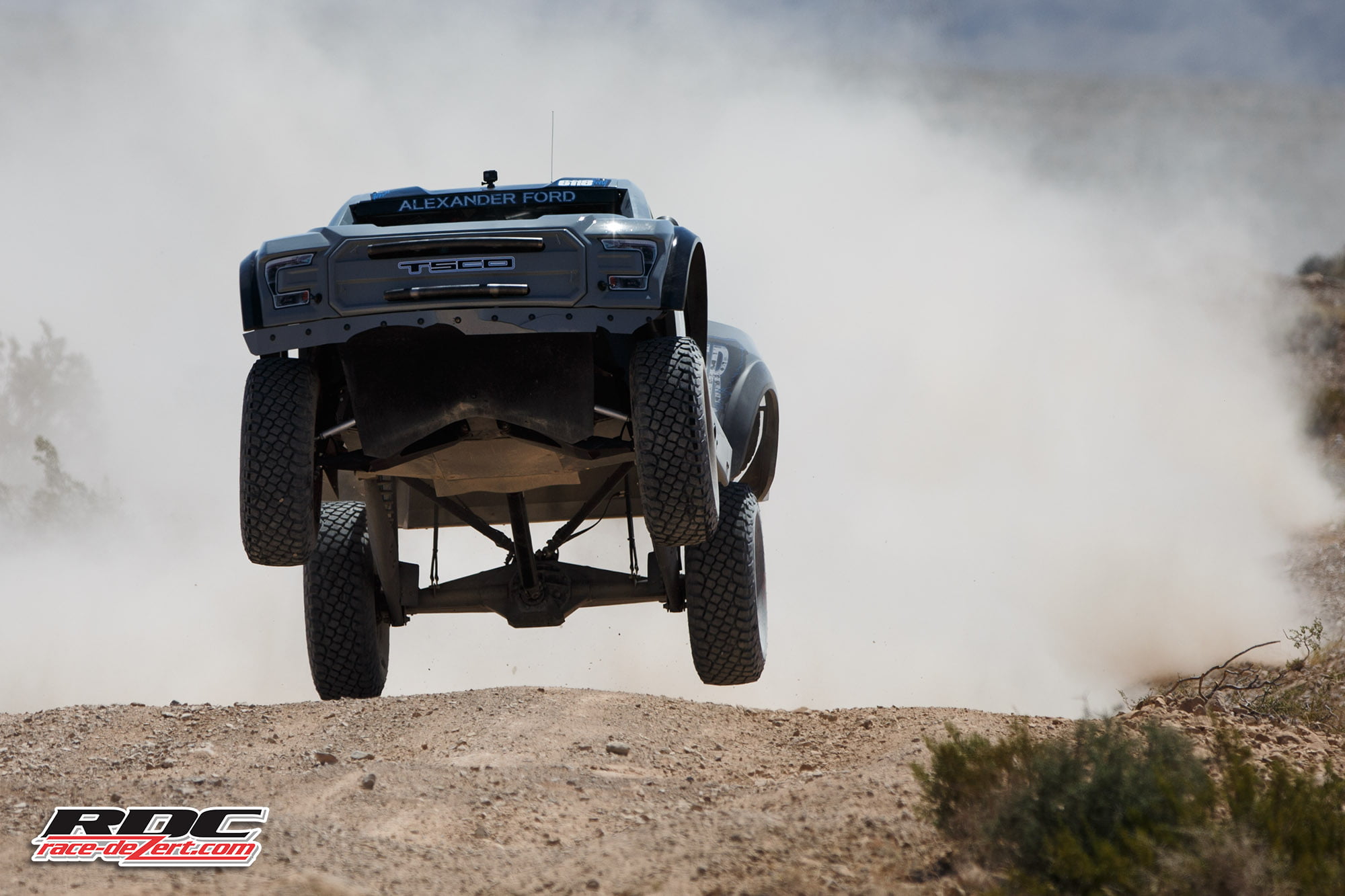 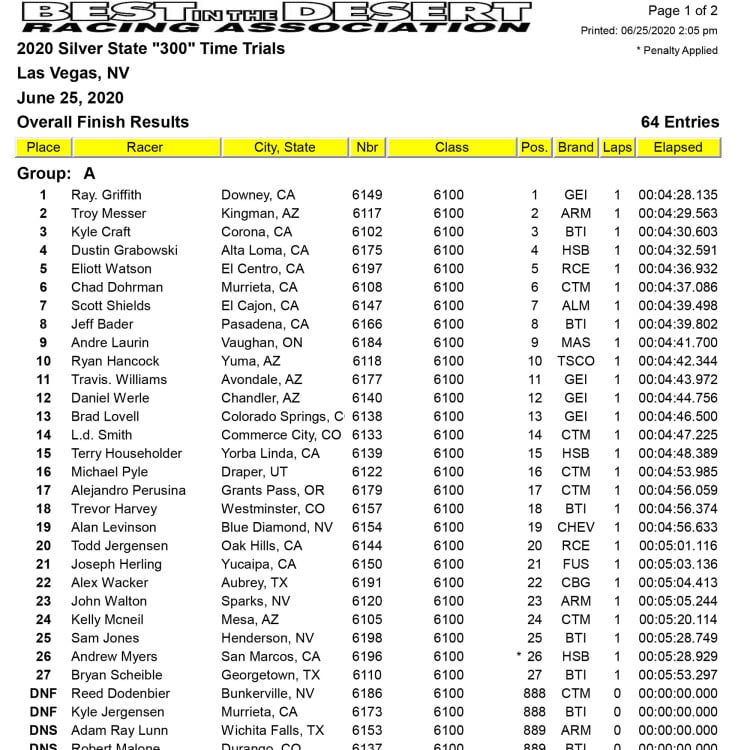 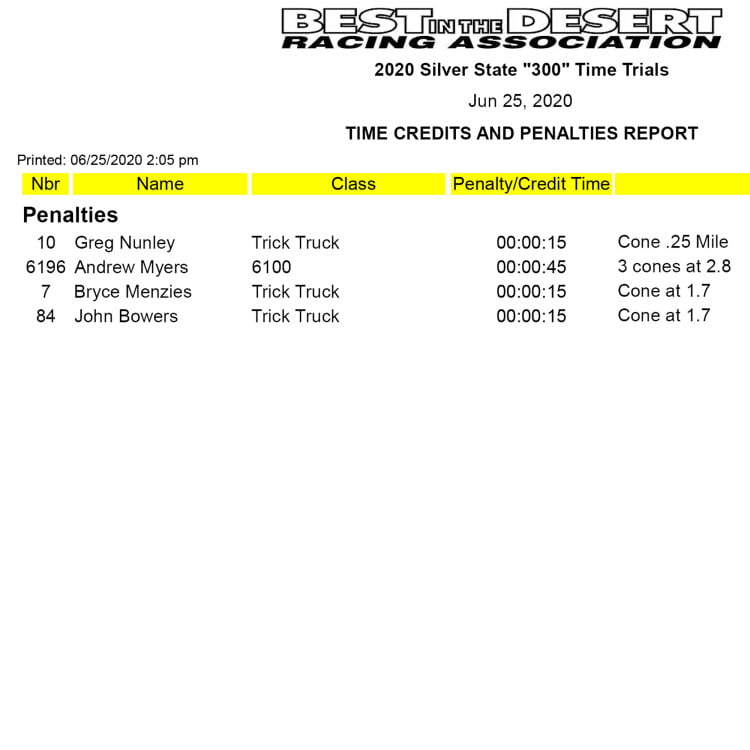 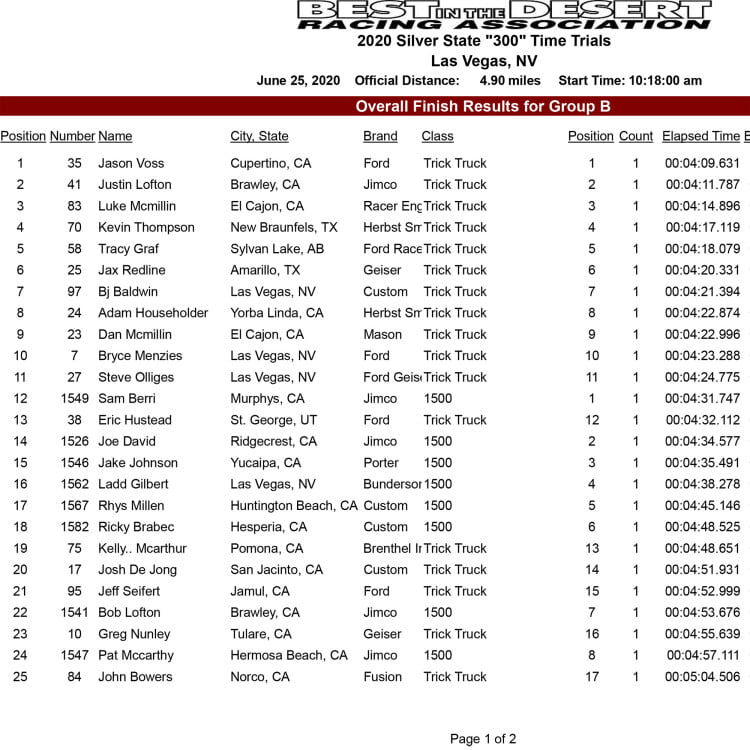