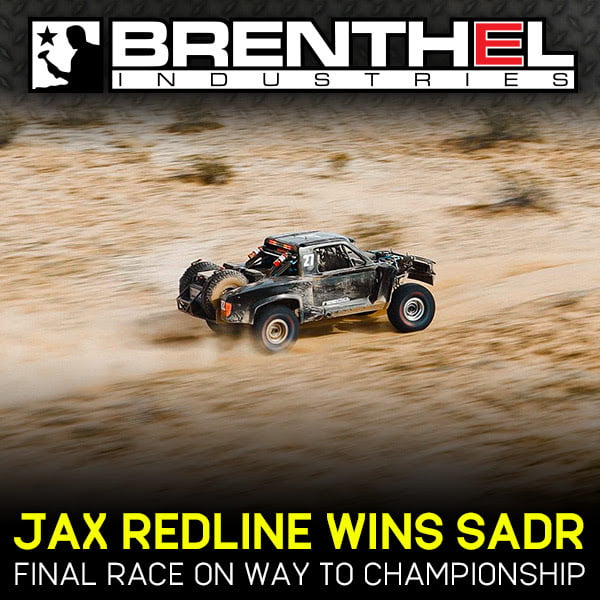 Brenthel Racer Jax Redline put an exclamation point on the Southern Arizona Desert Racing series (SADR) overall points Championship by winning the Cholla 250 race in Northern Mexico. The SADR series races on both sides of the Mexican border. Redline ran the first three races in a 6150 truck, but jumped into a Brenthel Gen 3 Trophy Truck for the Cholla 250. Redline Racing just ordered a pair of Gen 3 trucks but had not taken delivery yet so Jonathan Brenthel offered his personal Gen 3 so Jax could race with the latest technology. While his other trucks are being completed, he and his Father Shane took advantage of Brenthel’s Arrive and Drive program where they deliver a fully prepped truck to the race, complete with full chase and pit support.

The Redline’s chose to order 2 new Brenthel Gen 3 Trophy Trucks after doing an exhaustive search for a truck capable of launching Jax Redline’s career racing in unlimited trucks. Jax comes to Trophy Truck racing with plenty of experience despite being only 14 years old. He has raced short course where he won a championship, and has been a standout performer since making the jump to desert trucks. He just recently finished 2nd place overall behind “Lightning” Larry Ragland at the NORRA 500. If it wasn’t for some speed penalties that resulted from a faulty speed limiter setting, he might have taken the overall. He did manage to beat the likes of Mark Post, and Zac Langley to take the win in his class. 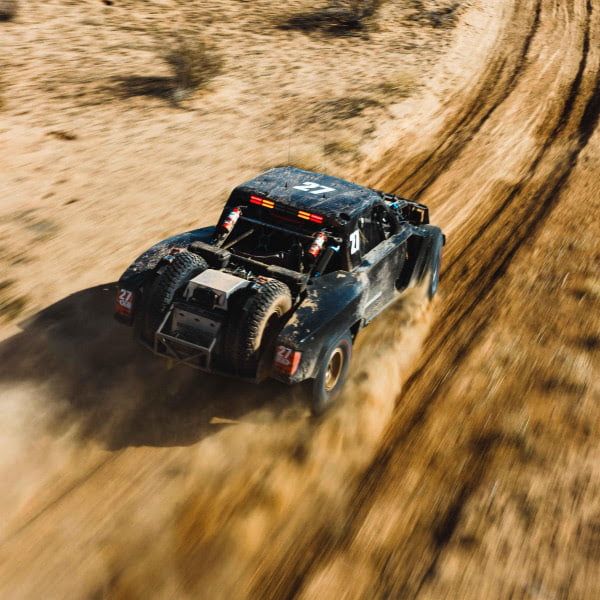 The SADR series points championship was earned with his decisive victory at the Cholla 250. His winning time was 42 minutes ahead of the next competitor. He started in the back because he missed qualifying, but worked his way through the pack. He then suffered a flat tire that cost him 12 to 15 minutes to change. He then charged his way back to the front to take the win. SADR has a bada$$ award that they give to the fastest driver all year. They combine the times of all four races to determine the winner. Jax’ combined times were 4 hours less than the nearest competitor.

Jax” decisive win only cements his enthusiasm with the Brenthel Gen 3 truck design. “I jumped in a Gen 3 for a test session in California and was blown away,” said Jax. “The truck was very fast, and felt completely stable; even at 132 miles per hour! The truck was as is, we did zero tuning to it; we didn’t even touch the shocks. The way the Gen 3 turns and steers is better than anything we tried, and we tried a bunch. When you are in loose sand or silt the ruts will grab your wheels and send you where you don’t want to go. The Brenthel Gen 3 steers where you point it. You can stay out of the ruts, and out of trouble. It’s the most comfortable truck to drive out there. I drove the truck and told my Dad that if I have to work 3 jobs I’ll do it, but I have to have one of these!” 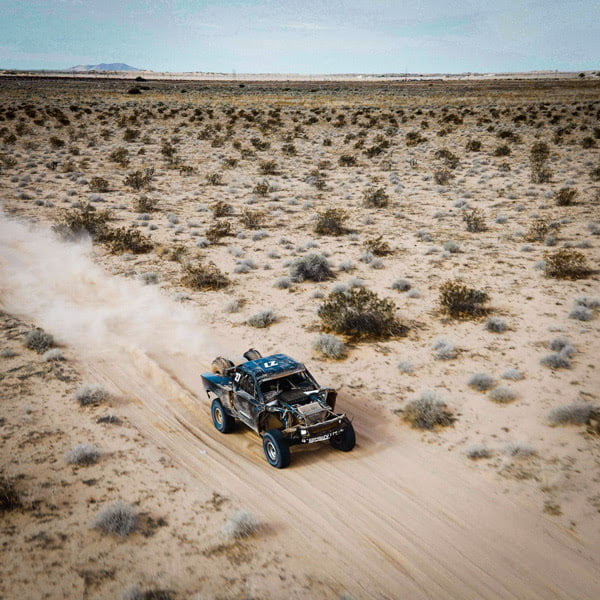 Jax Redline is on an ambitious schedule next season. Redline racing ordered 2 Gen 3 trucks from Brenthel because they plan to race 27 events next season. They want to get as much seat time for Jax as soon as possible. His goal when he turns 16 is to solo the Baja 1000. With support from Brenthel Industries and a pair of lethal weapons at his disposal, Jax Redline will be going fast and winning races in no time. If you’d like to have the same shot, give Brenthel Industries a call and schedule your own Arrive and Drive race program. They supply the truck, and support. You supply the desire to win. Call Brenthel at (949) 642-3003 today.