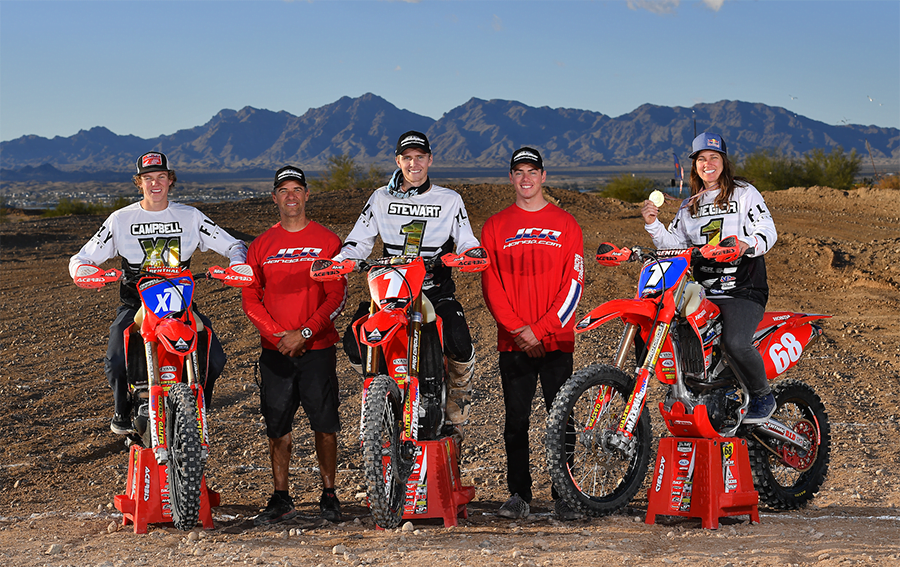 Preston Campbell:
Preston had a break-out year running nearly 30 races in NGPC, NHHA and Sprint Enduro. Preston came away with a well earned 3rd Pro250 in the NHHA Championship, followed by a dominant year in the D37 Sprint Enduro series with a clean sweep, Winning every single Pro250 round and scooping up an impressive Overall Win at the final. Giving him the X1 plate and his first Championship on the 2019 CRF250RX.

Tarah Gieger:
Tarah was impressive, destroying her competition in NGPC and wrapping up the Women’s Pro Championship early in the season. Tarah then set her sights on the ISDE, joining Team USA’s Gold Medal Winning Women’s Trophy Team at the ISDE in Portugal – where she added another medal to her collection, and solidifying the 2019 CRF250RX is the Off-Road weapon of choice.

Ricky Brabec:
Ricky cemented his place on the global stage at the DAKAR rally in January where he showed he is one of the top contenders in the world. Ricky followed that up with a dominant performance Winning the Mint 400 “Return of the Bikes” aboard a 2019 CRF450X and took a strong Win in the Sonora Rally.

“This year the JCR/Honda Team set out to Win Championships and that’s what we did. 2- AMA National Off-Road titles along with an AMA regional title coupled with an ISDE Gold Medal and multiple Wins on the local and national level is impressive. I would like to thank my Racers, Gage Day and his impeccable bike prep, the Stewart family, the NGPC, NHHA and D37 clubs for their dedication to the sport of Off-Road racing and riding. A huge shout out to American Honda and all our sponsors and supporters. We are looking ahead to another great year for 2020.” — Johnny Campbell 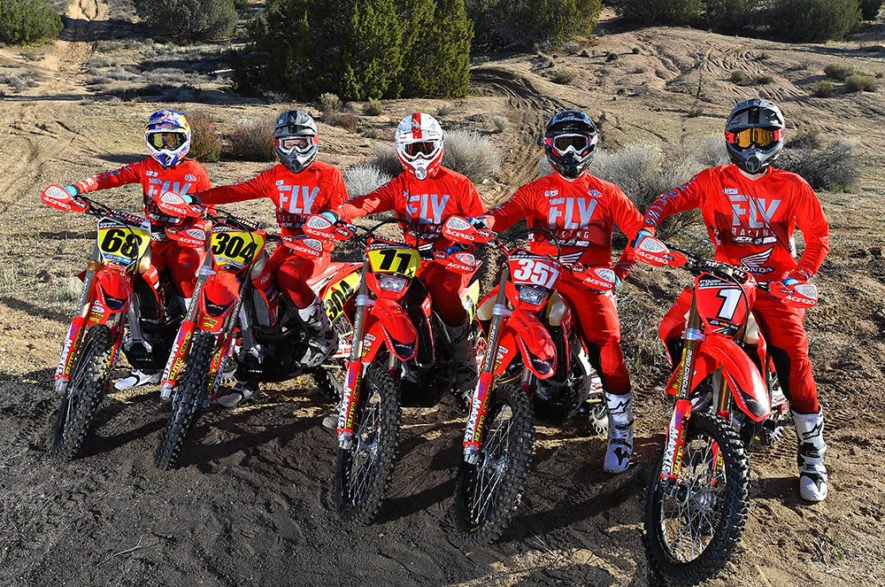